"How the NSA Spies on Smartphone Data." By Marcel Rosenbach, Laura Poitras and Holger Stark for Spiegel International. Just because you're paranoid doesn't mean they're not after you. The U.S. intelligence agency has developed the ability to hack into iPhones, android devices and even the BlackBerry, previously believed to be especially secure.

"For an agency like the NSA, the data storage units are a goldmine, combining in a single device almost all the information that would interest an intelligence agency: social contacts, details about the user's behavior and location, interests (through search terms, for example), photos and sometimes credit card numbers and passwords. Smartphones, in short, are a wonderful technical innovation, but also a terrific opportunity to spy on people, opening doors that even such a powerful organization as the NSA couldn't look behind until now. From the standpoint of the computer experts at NSA headquarters in Fort Meade, Maryland, the colossal success of smartphones posed an enormous challenge at first. They opened so many new channels, that it seemed as if the NSA agents wouldn't be able to see the forest for the trees."

"Netflix, Amazon drive up price for Hollywood content." By Dawn C. Chmielewski for The Los Angeles Times. At a San Francisco conference, video distributors reported the two companies' bidding wars for movies and TV shows were raising costs for the industry overall.

"Bidding wars are probably music to the ears of Hollywood executives, seeking to obtain top dollar for digital rights to popular TV shows such as Nickelodeon's "SpongeBob SquarePants" or a billion-dollar blockbuster such as Marvel Entertainment's "Iron Man 3."  But it also raises the barrier for those seeking to enter the rapidly growing Internet video market. 'It's changed the playing field,' reports Shawn Strickland, chief executive of Redbox Instant by Verizon." 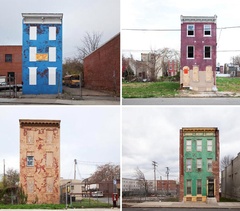 "The Real Reason the Poor Go Without Bank Accounts." 17 million Americans remain unbanked, and 43 million have a bank account but also continue to use alternative financial services providers. Lisa J. Servon for The Atlantic explores why. Related: Richest 1 Percent Earn Biggest Share Since '20s by Paul Wiseman for The AP.

"The glue at RiteCheck, a check-cashing business in the South Bronx, is the customer/teller relationship. I interviewed 50 RiteCheck customers and, when I asked them why they brought their business to RiteCheck instead of the major well-known bank three blocks away, they often told me stories about the things the RiteCheck tellers did for them. Nina, who has lived most of her life in Mott Haven, told us that her mother had been very ill and that the RiteCheck staff had called to ask about her. 'So we can be family,' Nina said. 'We know all of them.' Being a regular at the check casher also brings more tangible benefits. Marta, another regular, came to my window one afternoon with a government issued disability check to cash. When I input the number from her RiteCheck keytag into my computer, the screen indicated she owed RiteCheck $20 from every check she cashed. I didn’t know what to do, so I turned to Cristina for advice. I learned that Marta had cashed a bad check awhile back, and that RiteCheck had worked out an arrangement in which she could pay RiteCheck back in installments." 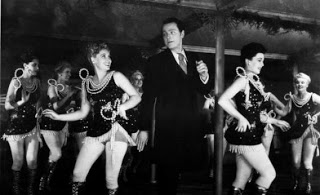 "Laver's Law: The Illustrated Cinema Guide." The Self-Styled Siren explores how the predictable cycle of our changing perceptions of clothing fashions can be applied to film.

"The point is that in just a few more years, these films may look different to everyone. Certain films are born great and stay that way; but canons are not immune from fashion. This year's whipping boy may be on my grandchildren's college syllabus. If the Siren has been caught dissing a treasured favorite, comfort yourself with the thought that time's winged chariot may yet run me off the road." 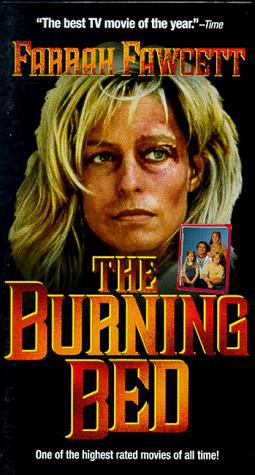 "Screenwriting and the Great Plot Device: Rape?" April Wolfe of A Wolfe's Wolf World estimates that, of the 30 scripts that will get made this year which she encountered as a professional script reader, 13 contain attempted or successful rape scenes--a statistic that reflects Hollywood's sensationalism of the crime.

"There’s a distinct difference between a rape-revenge film and a rape-as-plot-device film. Rape revenge traditionally features a female protagonist who is brutally or carelessly raped within the first 10 minutes of the script. Initially, her will is broken, but by the 25th page in the script, she’s already up kickboxing and figuring out knife tricks like a master, because she will avenge herself. A rape-as-plot-device film, on the other hand, features a male protagonist who bears witness to the woman’s suffering and goes after the bad guys, though his is not a mission to reclaim the woman’s strength. No, his is a mission to punish the rapist, and then we never hear about the raped woman again. I should mention that I’m not condoning rape-revenge films for everyone, but as a genre, something about them still feels empowering in a time when only like 8% of rapists are ever punished at all." 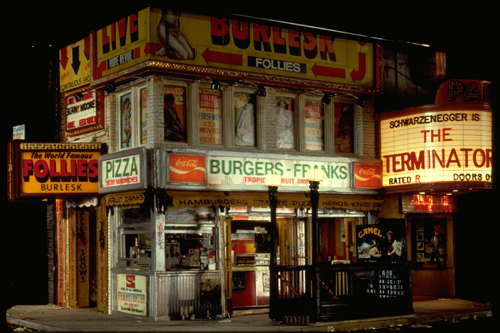 "Follies Burlesk," one of Alan Wolfson's amazing miniature urban sculptures. (Tip of the nib to RogerEbert.com's Simon Abrams for hipping us to them via twitter.)