"Print of Orson Welles' Featurette 'Too Much Johnson Discovered In Italy" Nick Newman reflects on the discovery of a print of the first film directed by Orson Welles, as first reported in The New York Times, long thought to be lost forever.

"But what was once lost can, now, be considered found. The New York Times report that a shipping company’s warehouse in Pordenone, Italy has, since the '70s, been the home of Too Much Johnson, this recently discovered print fortunate enough to have been located in the same city as an organization by the name of Cinemazero; in addition to repertory screenings, the group hold 'Le Giornate del Cinema Muto, a gathering of scholars and cinephiles with a special dedication to the shadowy corners of film history.'" 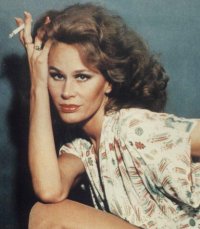 "August 7 Update from Karen Black's Husband" Karen Black, who became an icon of American cinema in the 1970s (she appeared in "Five Easy Pieces," "The Great Gatsby," "Airport '75," "Nashville" and "Family Plot," to name a few), has been battling cancer. She and her husband have been very open about how it's going, posting updates on her blog. Her husband has written a candid and deeply moving update, and our thoughts go out to them.

"I have given up predicting what is going to happen to Karen. In June family members flew in fearing the worse, but Karen is still here. You look at the scans, they tell you one thing, then you meet Karen, and what you are left with is how amazingly alive she is. Maybe it's her belief system, maybe it's because she was never one to tune out with drugs in her life, but mostly it's her innate character. She can't help but take life head-on and be completely engaged in the moment, always interested, always curious, always present." 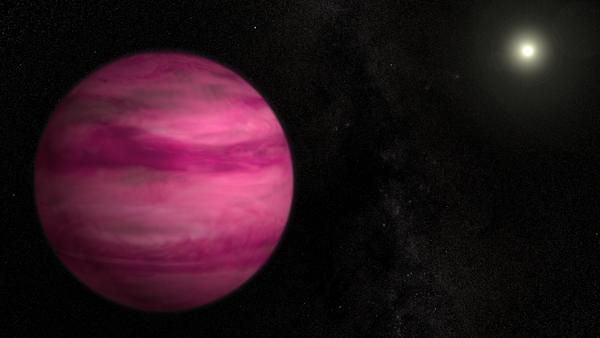 "How a pink planet is shaking up planet-formation theory" At the Christian Scientist Monitor website, Elizabeth Barber explains how one gorgeous gas giant in another solar system is shaking up the dominant theories.

"'This is among the hardest planets to explain in a traditional planet-formation framework,' said Markus Janson, a Hubble postdoctoral fellow at Princeton University in New Jersey, in a statement. 'Its discovery implies that we need to seriously consider alternative formation theories, or perhaps to reassess some of the basic assumptions in the core-accretion theory.'"

Our very own Ignatiy Vishnevetsky has been keeping busy writing for the A.V. Club (we're not hurt; there's plenty of Ignatiy to go around). Check out his reviews of "Our Children," "Drift" and "The Canyons." Here he is on "The Canyons": "The Canyons is, in other words, a movie that simply doesn't want to work in a conventional sense. There's something brazen, maybe even admirable, about Schrader's mismatched camera setups, or the way he uses wide-angle lenses to cram as much empty space into the frame as possible."
Advertisement 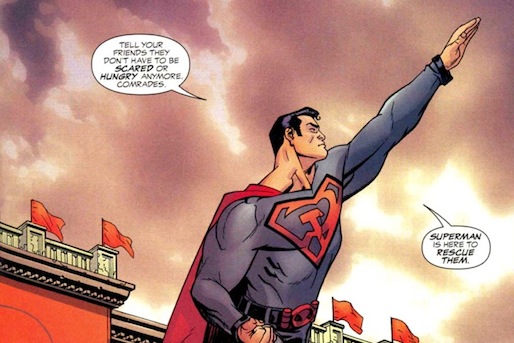 "'You're Done Banging Superheroes, Baby' How the sickest mind in comic books became their biggest star" Abraham Riesman muses on the rise of Mark Millar in the world of comic books at the New Republic.

"Welcome to the twisted imagination of Mark Millar, where all facets of the superhero genre are fair game for subversion. Right now, the 43-year-old Scotsman’s name means little outside the comics-geek world, but that’s likely to change as he devotes himself to superhero movies. The latest film adaptation of one of his comics, 'Kick-Ass 2,' hits screens on August 16. 'The Avengers' and the 'Iron Man' trilogy were profoundly shaped by his work. And last year, he became Fox’s chief creative consultant for all of its Marvel superhero flicks, including the entire X-Men and Fantastic Four franchises. By decade’s end, he’ll have had more of his creations translated into movie form than any comics writer other than Stan Lee." 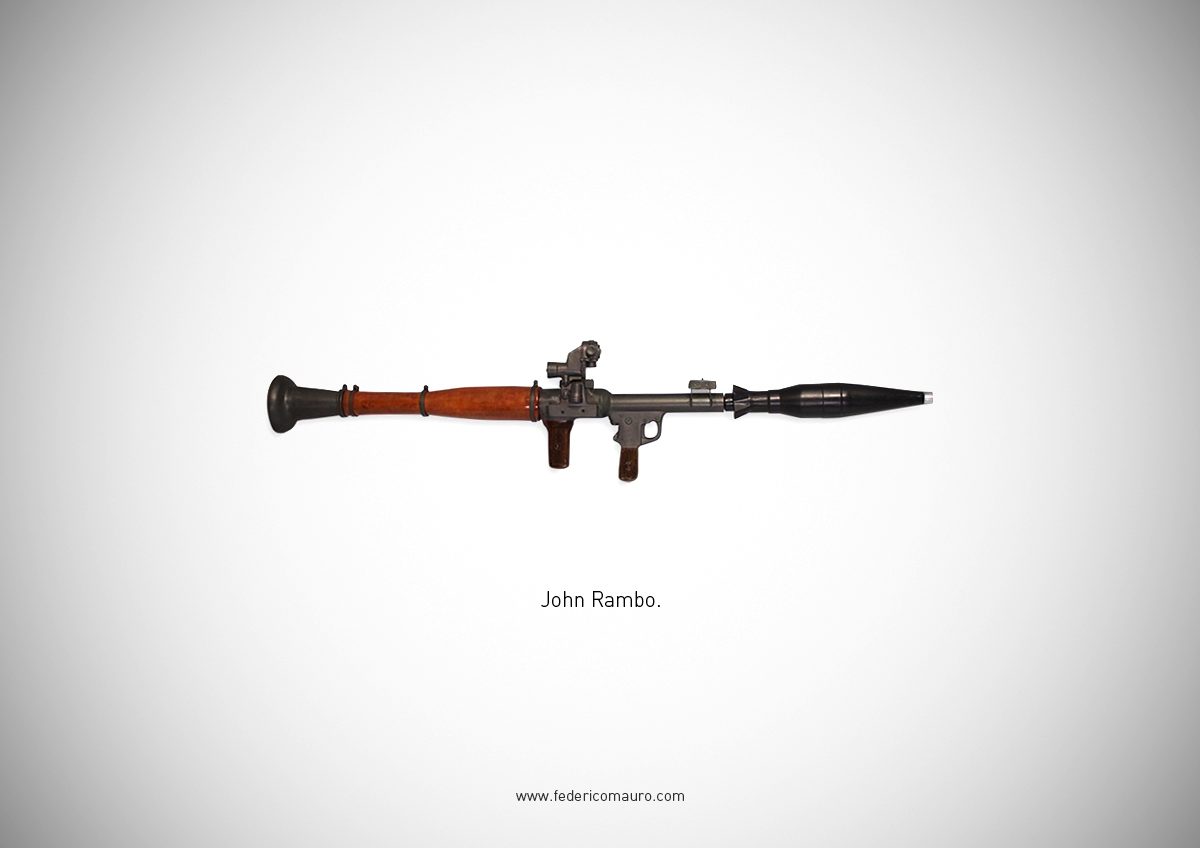 John Rambo's gun. As part of a series of posts on "Famous" things (Famous Guitars, Famous Shoes, Famous Eyeglasses), Federico Mauro has assembled a collection of simple images of famous guns, many from movies, but some from real life.

As part of a new series at The Dissolve that reviews two short films, one relatively new and one older, Noel Murray looks at two films that are about, self-referentially enough, surprising juxtapositions. We like them both and what Noel Murray has to say about them, but we're particularly charmed by "The Semiotics of the Kitchen" by Martha Rossler.