"Michael Glover Smith on 'Cool Apocalypse'": The filmmaker chats with me at Indie Outlook about his wonderful debut feature. It will be released on DVD August 30th and will screen August 31st and September 2nd as part of Chicago's Movies in the Park series.

“I’ve been working towards this movie my whole life. You have to understand that when I shot it two years ago, I was 39 years old. The characters in the film are all in their 20s. Nina Ganet was 22 when we started shooting, and I think the oldest actor was 27, so I was more than a generation older than all of the characters. In a sense, it’s me looking back on who I was back in the mid-to-late 90s. It wasn’t that I had a specific story or characters in mind. It was more about me looking back on who I was, hopefully from a place of wisdom. I wanted the audience to feel a critical distance between myself and the characters. A lot of the ‘mumblecore’ films are about people in their twenties who don’t know what they’re going to do with their lives. The characters are aimless, and that causes the narratives to become aimless as well. There’s something kind of easy about that, and I wanted to make a film that had a rock solid structure in terms of the parallel editing, cutting back and forth between the two couples. I wanted it to have a musical or mathematical flow. I’m also proud that Julie and Tess are just as prominent as characters as Paul and Claudio. I think that too many microbudget indies focus too heavily on male characters, which gets tiresome. I anticipate that at least half of the lead roles will be women in every movie I ever make. This is a trend that will certainly continue with ‘Mercury in Retrograde.’” 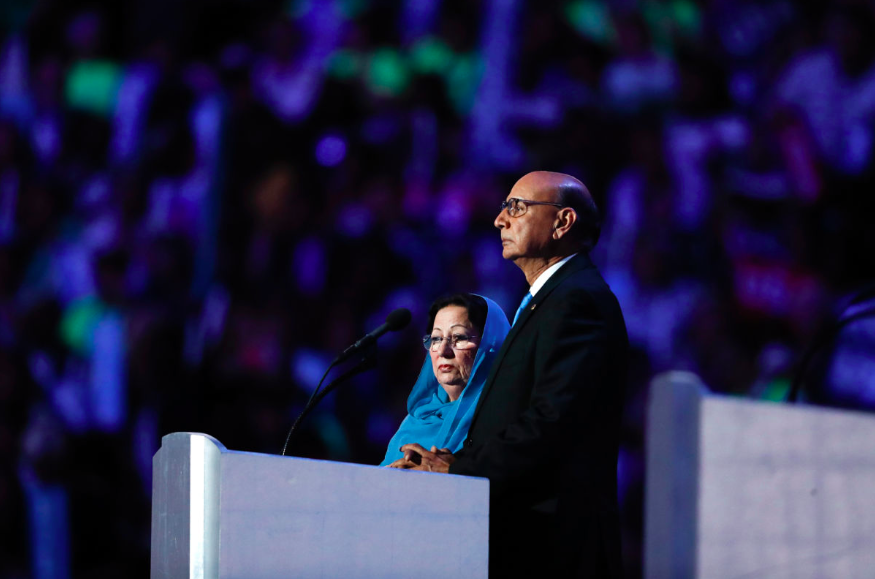 "What Donald Trump Doesn't Get About Ghazala and Khizr Khan": According to The New Yorker's Amy Davidson.

“Trump didn’t seem to be in a reading mood after hearing the speech, just a slurring and hectoring one. ‘His wife, if you look at his wife, she was standing there. She had nothing to say,’ he said in an interview Saturday, with George Stephanopoulos of ABC News. ‘She probably—maybe she wasn’t allowed to have anything to say. You tell me, but plenty of people have written that. She was extremely quiet and looked like she had nothing to say.’ What Trump may have meant by that was that Ghazala Khan, an older woman in a headscarf, ‘looked like’ someone who would ‘have nothing to say’ that he, Trump, could possibly be interested in hearing. Trump certainly wasn’t making a statement of Islamo-feminism, as much as he looks for opportunities to present himself as the ‘real’ champion of women, gays and lesbians, Hispanics, and anyone else who might be disinclined to trust Trump. On MSNBC, Ghazala Khan had talked about how it was still hard for her to ‘come into a room where his pictures are,’ let alone an arena where her son’s image was projected onto a giant screen, which is why she had let her husband speak there. That possibility seems to have eluded Trump. Instead, he wavered between the dismissal of the idea that Ghazala might have a thought in her head and the opportunity to insinuate that Khizr was a domestic crypto-Sharia tyrant.” 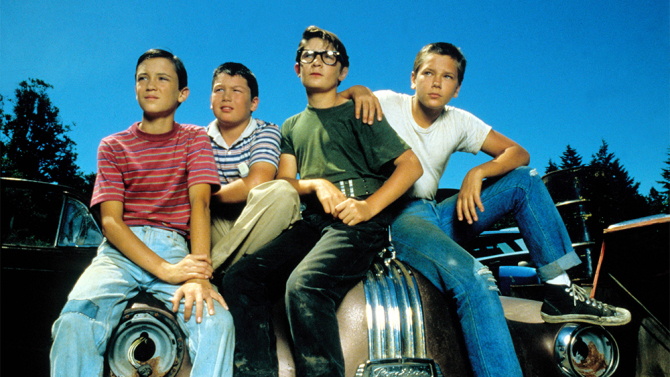 "'Stand By Me' Oral History: Rob Reiner and Cast on River Phoenix and How Coming-of-Age Classic Almost Didn't Happen": In conversation with Variety's Brent Lang.

“It’s been three decades since ‘Stand By Me’ became the little drama that could, catapulting River Phoenix to stardom, establishing Rob Reiner as a director on the rise, and racking up big ticket sales on a paltry budget. The story of four friends from small town in Oregon, hiking into the countryside in search of the body of a boy who has been hit and killed by a train, is an unlikely coming-of-age tale. Yet in Reiner’s sensitive hands, it becomes a meditation on mortality — one that transcends its 1950s setting to have a universal appeal. ‘Stand By Me’ is unique in other ways. For one thing, it rivals ‘The 400 Blows’ in its ability to evoke complex characterizations from young actors. Not only Phoenix as spiritual leader Chris Chambers, but co-stars Wil Wheaton as sensitive Gordie Lachance, Jerry O’Connell as wisecracking Vern Tessio, and Corey Feldman as hot-tempered Teddy Duchamp, provide finely wrought portraits of boys on the cusp of adulthood.For Reiner, best known at the time for playing Michael ‘Meathead’ Stivic in ‘All in the Family,’ it was a chance to step out of the shadow of his father, legendary comedian Carl Reiner, and to position himself as a director of depth and nuance. It launched a career that would see him directing the likes of ‘Misery,’ ‘When Harry Met Sally…,’ and ‘The Princess Bride.’ But though it is now considered a classic, ‘Stand By Me’ struggled to make it to screens. Financed outside the studio system after the cult success of ‘This is Spinal Tap,’ after nearly every Hollywood player passed on the script, the film was nearly derailed after its funding collapsed right before filming. It then had to hustle to find distribution. To mark its 30th anniversary, Variety spoke to the cast and creative team behind the film.” 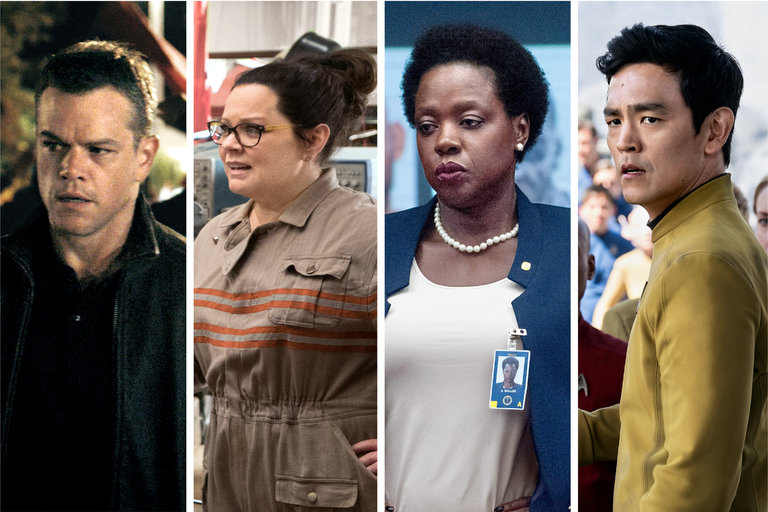 "Even Superheroes Punch the Clock": The New York Times critic A.O. Scott explains why "every action movie is a workplace sitcom in disguise."

“What is ‘Suicide Squad’? A bad movie, to be sure — and yes, I’m aware of opinions to the contrary (thanks, Twitter) — but also a movie about difficult personnel issues. At one point, Will Smith’s Deadshot complains about the leadership techniques of his immediate supervisor, a grim-faced military dude named Rick Flag, played by Joel Kinnaman. Flag’s way of maintaining discipline among squad members is to implant an explosive charge in their necks, which he can remotely detonate if anyone gets out of line. (We’ve all had bosses like that.) Deadshot, in that kidding-but-not-really-kidding Will Smith way, suggests a different approach, maybe one based on the teachings of Phil Jackson. Mr. Jackson, the former N.B.A. coach whose books are popular business-class in-flight reading, is name-checked twice, which seems less like a joke than a tell. The central problem of ‘Suicide Squad’ is one that bedevils department heads and midlevel employees in every corner of the modern economy: team building. The top boss, Amanda Waller (an unsmiling bureaucrat played by Viola Davis), has a problem that requires the kind of solution best designated with a buzzword. Innovation. Disruption. Out-of-the-box thinking. It just so happens that there is a literal box full of disrupters somewhere in the Louisiana swamps, so Waller arranges to let them out. She reviews their files, delegates the granular stuff to Flag and presents the project to the military brass who function as her executive board.” 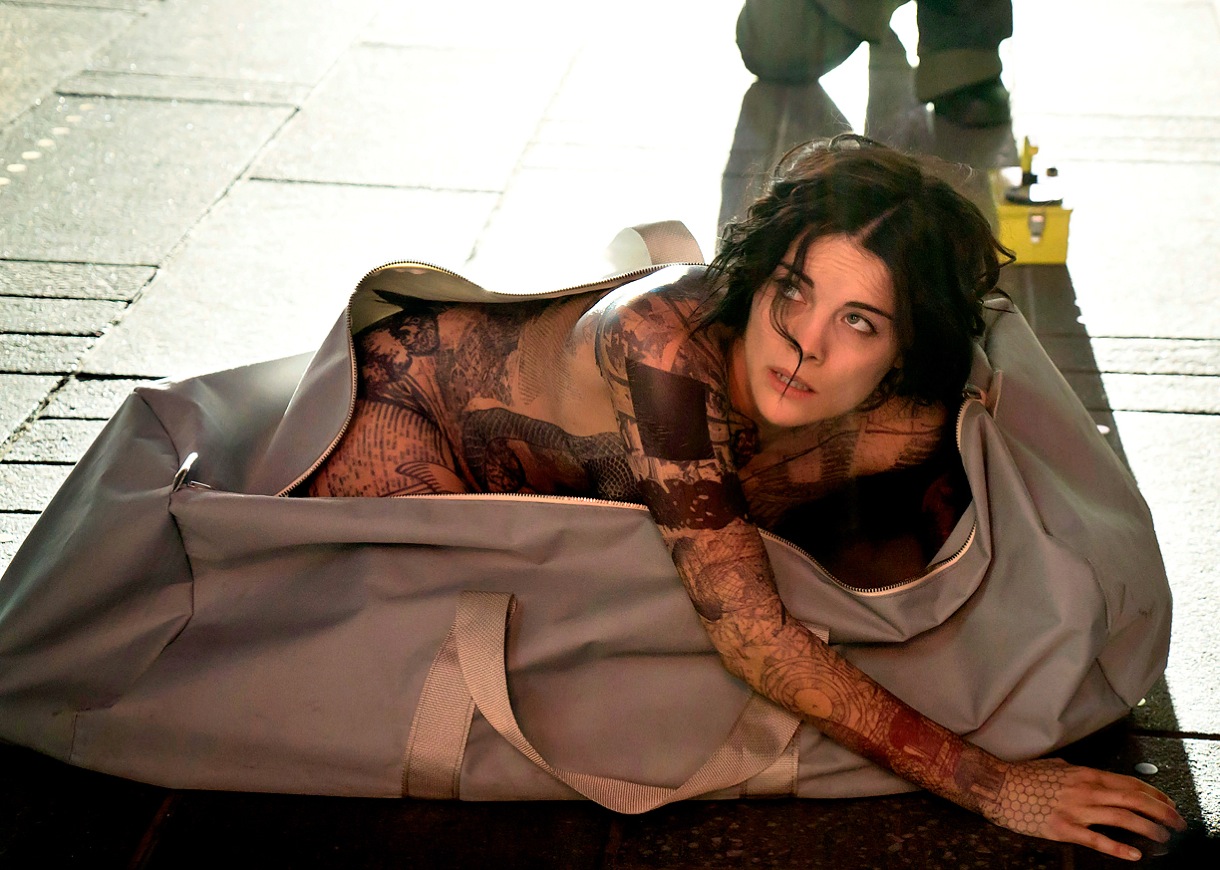 “I had never done a really long fight sequence like that, and it taught me the power of the stunt coordinator. I would watch what the actors and Stephen Pope, our stunt coordinator, mapped out and then basically just shoot it – the hardest thing is convincing the operator to embrace the mistakes. You’re collecting these aggressive pieces, and sometimes you want the operator to put the camera on his shoulder backwards so he can’t even see what he’s shooting while an actor chases after him, or sometimes I jostle the operator right before the take so he bounces a little as he’s running before he settles in. It’s a process of loosening people up – some guys have been trained for so many years to get everything perfectly that they’ll say, ‘I’ve got to do it again’ if they miss something and it isn’t exactly right. I don’t care, especially in an action sequence where someone’s got a knife and someone else is screaming and they’re chasing each other. Something I learned from Paul Greengrass is that you only need it to work for two seconds, or one second. You only need the piece. I was heavily influenced by the ‘Bourne’ movies Greengrass directed, as well as this Korean film called ‘The Suspect’ that Stephen Pope recommended to me – it was relentless, non-stop action. It out-Greengrassed Greengrass.” 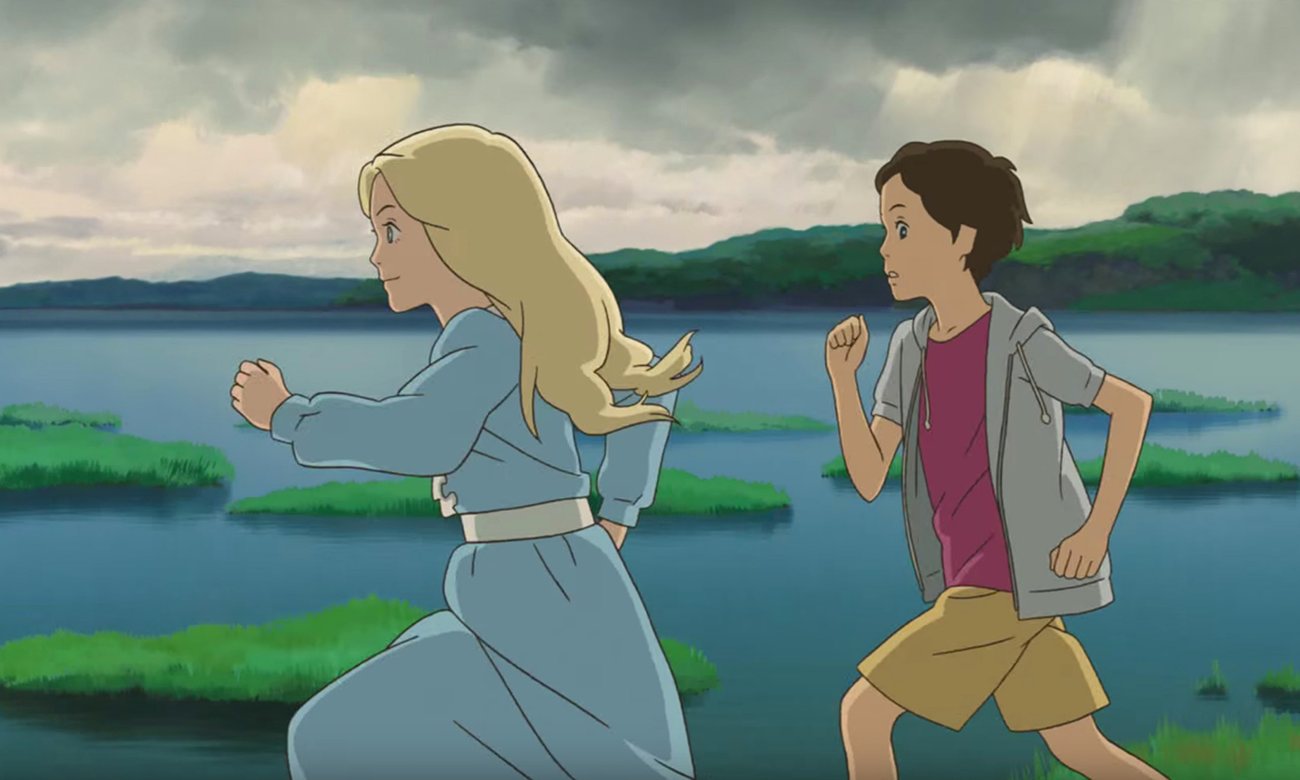 Hiromasa Yonebayashi chats with The Guardian's Chris Michael about taking the reins at Studio Ghibli.

Jazz Jennings, the incredibly inspiring author, activist and star of TLC's "I Am Jazz," has directed her first short film, "Painting Leah," a lovely meditation on identity.