"These Are the Top 25 Film Schools in the United States": Tim Appelo of The Hollywood Reporter ranks the latest contenders.

“Cinema Art + Science at Columbia College Chicago claims to be the largest U.S. film school, with about 1,800 BA, BFA and MFA students. That tally increases the odds its graduates will surface in Hollywood. ‘The more you admit, the more likely you will wind up with famous alumni,’ says an educator at a prestigious smaller program. Indeed, CCC has produced a parade of talent including HBO Films president Len Amato and FilmEngine president Navid McIlhargey. About 200 students a year are admitted into the undergraduate Advanced Practicum program, which has turned out director Collin Schiffli and the rest of the team behind South by Southwest special jury award winner ‘Animals.’ CCC also offers a semester in L.A. at Raleigh Studios, where students work alongside industry types. ‘But you never know if your crew, whom you rely on constantly, are smart, hardworking film lovers or total wackos,’ warns an adjunct teacher. That, too, might be ideal training for a Hollywood career.” 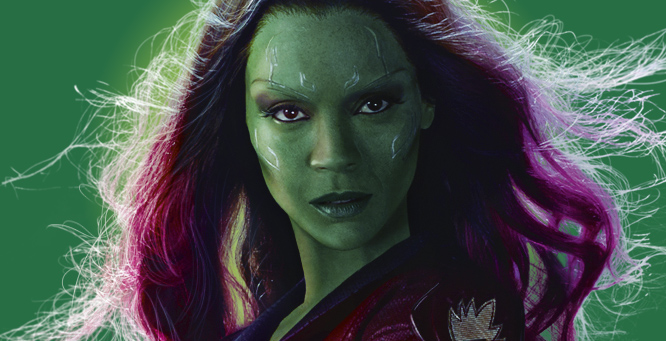 "Village Voice Editor Blasts 'Guardians of the Galaxy' Fans for Calling Critic a Harlot": Indiewire's Sam Adams reports on the misogynistic comments launched at critic Stephanie Zacharek. Related: Alan Scherstuhl's original piece for The Village Voice defending Zacharek and her 'Guardians' review. See also: The Washington Post's Alyssa Rosenberg speculates on the disgruntled psyche of sci-fi fans, asking, "Geek Culture is dominant, so why are so many of its fans still so angry?"

“A certain amount of abuse comes with the territory, especially for a critic unlucky enough to ‘spoil’ a movie's perfect fresh rating on Rotten Tomatoes. But when the critic in question is female, the abuse too often embodies a kind of sexist derangement, and after 24 hours of watching so-called fans heap misogynist scorn on critic Stephanie Zacharek for daring to not be bowled over by ‘Guardians of the Galaxy,’ editor Alan Scherstuhl had had his fill. At 9:30 Wednesday night, Scherstuhl fired back at commenters who called Zacharek a ‘harlot’ (sick 18th-century burn, dude) and suggested she ‘should stick to reviewing chick flicks only.’ (Those are actually some of the less vile attacks directed her way, but they're the ones I can retype without wanting to vomit or punch someone.) ‘We're happy to have you here,’ Scherstuhl wrote, ‘just as we were when you made similar complaints about our pre-release reviews of 'Man of Steel' and that one movie where Batman cried in a hole for an hour. You were absolutely right about those, of course — both flicks are undisputed masterpieces.’ Zacharek, he points out, can take it, and considering that she spent years writing for Salon, whose forums are a considerably wilder place than the Voice's combox, I know for a fact she's heard much worse.” 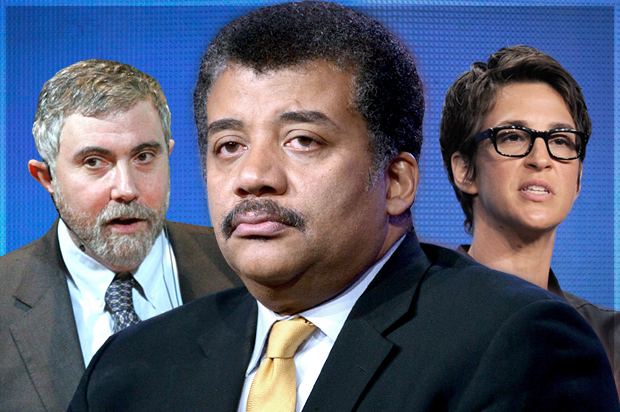 "National Review declares war against the nerds": Salon's Andrew Leonard argues why some conservatives have become so annoyed at Neil deGrasse Tyson and other uncommonly intelligent thinkers.

“Because contra National Review’s Charles Cooke, seems to believe that the new primacy of the nerd is some kind of collectivist scam by Ezra Klein and Nate Silver and Rachel Maddow and ‘anybody who conforms to the Left’s social and moral precepts while wearing glasses and babbling about statistics,’ the cultural ascendancy of the nerd has nothing to do with who wears horn-rims on TV and everything to do with the massive technological transformation of society over the last 20 years. Nerds used to be 90-pound weaklings who never got the girl. Then nerds built the Internet and personal computers. Now nerds rule the world. Or at least, that part of it that isn’t controlled by retrograde politicians. The primacy of nerd culture is not an Ezra Klein affectation; it’s fallout from the fact that nerds are making an awful lot of money these days.” 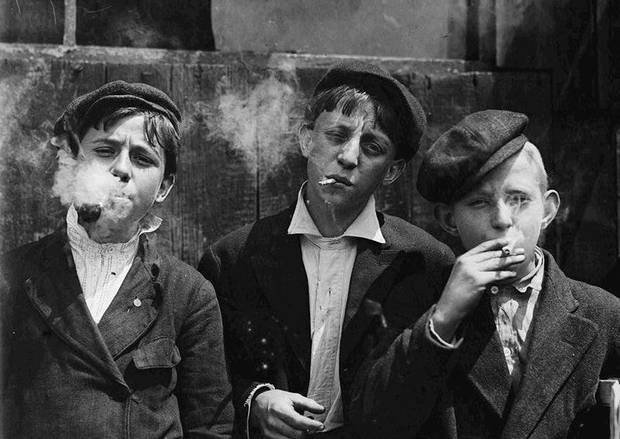 "Kids these days aren't what they used to be—they're a lot better. So why the fuss?": Archie Bland of The Independent makes an optimistic case for the state of modern youth.

“Youth crime has plummeted over the past decade; teen pregnancy is down; so are smoking and drinking. And a survey of 2,000 kids released earlier this week seemed to suggest the same thing. The report into modern childhood, published by Fun Kids Radio, paints a picture of a generation whose only form of rebellion is to be better behaved than we were. By and large they would rather be happy, clever and kind than famous, popular and good looking; they deem pop culture to be overly sexualised; they are entirely comfortable with a multicultural, multi-ethnic circle of friends. They’re so pure of heart that it’s actually a little boring. If they have any problem at all, it’s that they’re not doing enough wrong.” 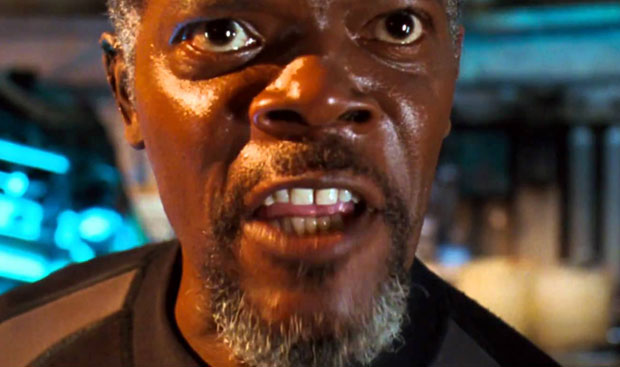 “The music grows taut. Jackson begins a monologue riff on Robert Shaw's ‘Jaws’ USS Indianapolis speech, laden with gloriously over-polished B-movie dialogue ('Nature can be lethal, but it doesn't hold a candle to man'). His voice builds slowly, then suddenly, into Ezekiel 25:17 fury, and starts to deliver a quintessential ‘We're going to make it’ inspirational movie speech. The kind of speech that will rally the troops, and assert him as the natural leader who will see (mostly) everyone through to the end. The music swells, and the camera pushes in on him, until we crescendo in a close-up of Jackson — bug-eyed, nostrils flared, mouth formed into a righteous megaphone — hitting the apex of his speech. Without an ounce of second-guessing, he commands, ‘First, we're going to seal off…’ and that's precisely when an über-shark suddenly leaps up out of a pool behind him, seizes him in its lethal jaws, and — in a flurry of bad CGI — pulls him into the ocean. Then, just in case you don't believe ‘Deep Blue Sea’ is really killing off its biggest star, Sam Jackson is unceremoniously ripped in half.” 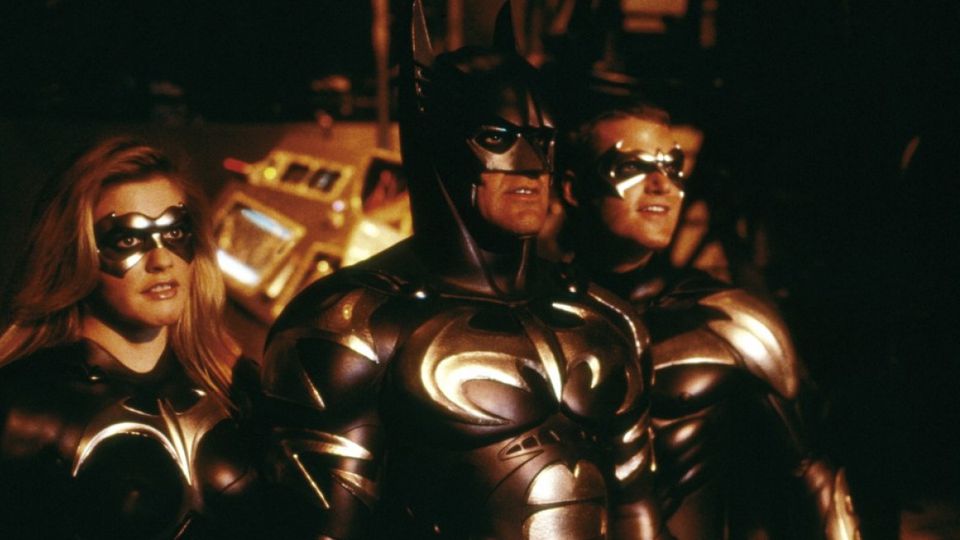 The A.V. Club's A.A. Dowd takes a hilarious look back at the Dark Knight's outdated screen vehicles in the essay, "Last century's Batman films now look like blockbusters from another dimension."

Check out the official Kickstarter page for Dan Rybicky and Aaron Wickenden's fabulous-looking upcoming documentary, "Almost There: A Coming-of-(Old)-Age Story," which has seven days left to raise its monetary goal of $20,000, a very worthy cause, to say the least.