"Leave the gun. Take the franchise." A message from the year 2019 reveals an Ain't It Cool News review of J.J. Abrams's version of "The Godfather."

"Sonny gets all pissed and s---, and throws Michael off the boat, into the water, where he fights a shark with his bare hands, then swims onto a small island in the middle of nowhere, and who’s there but James motherf---ing Caan! He’s like, Dude! I totally know where you’re coming from, and you need to take charge of the situation, because Sonny’s a hothead!" 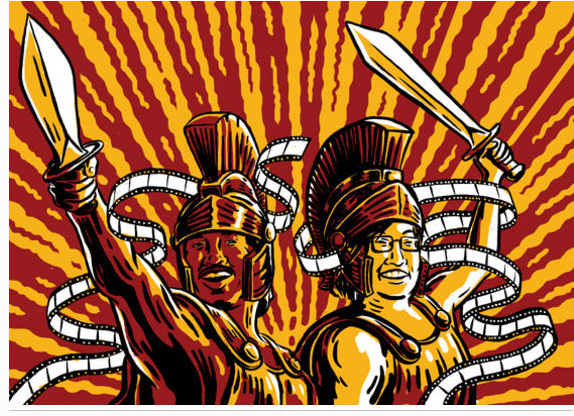 "These days it seems [new media and crowdfunding have] the advantage — YouTube is the new frontier, and it can be more lucrative, even if top indie-film projects still enjoy more prestige. But as the two [filmmakers] release wildly divergent new projects this month, it's possible both of them represent the future of filmmaking."

"Exhuming an anti–comic book law to punish a gory website." A site is charged under an obscure Canadian law, "Offences Tending to Corrupt Morals."

"Edmonton's cops themselves can't remember ever charging someone under Section 163 until yesterday, when they charged Mark Marek with corrupting morals for hosting Luka Magnotta’s alleged snuff film on his Best Gore website. Best Gore (which remains online) is a website dedicated to awfulness. Videos of accidents and murders and war atrocities are submitted, posted, and discussed by a community of, well, how would you describe them? Some would call them perverts, sickos and freaks. Some of them call themselves truth-hungry realists who refuse to turn away from the realities of human atrocity. I might call them a bunch of self-serious pseudo-goths who really need to get dates. All of the above and more are likely accurate, since there are millions of them: Best Gore is wildly popular, and gets 15 million page views a month."

"Hey, Kid: Thoughts For the Young Oddballs We Need So Badly." In response to "Looper" director Rian Johnson's hope that "one day some little fat girl in Ohio is going to make a summer movie where skyscrapers don't fall over like dominoes" — actually a nod to something Francis Ford Coppola once said — NPR's Linda Holmes offers some advice to the hypothetical filmmaker.

"Difficult Women: How 'Sex and the City' lost its good name." At The New Yorker, Emily Nussbaum takes a look at how the series' stock has fallen, using Brett Martin's book "Difficult Men: Behind the Scenes of a Creative Revolution: From 'The Sopranos' and 'The Wire' to 'Mad Men' and 'Breaking Bad'" as a launching point. 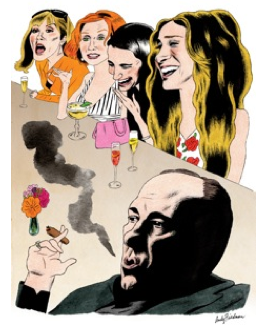 "Martin gives 'Sex and the City" credit for jump-starting HBO, but the condescension is palpable, and the grudging praise is reserved for only one aspect of the series — the rawness of its subject matter. Martin hardly invented this attitude: he is simply reiterating what has become the reflexive consensus on the show, right down to [his] hackneyed 'Golden Girls' gag. Even as 'The Sopranos' has ascended to TV’s Mt. Olympus, the reputation of 'Sex and the City' has shrunk and faded, like some tragic dry-clean-only dress tossed into a decade-long hot cycle. By the show's fifteen-year anniversary, this year, we fans had trained ourselves to downgrade the show to a 'guilty pleasure,' to mock its puns, to get into self-flagellating conversations about those blinkered and blinged-out movies. Whenever a new chick-centric series débuts, there are invidious comparisons: don't worry, it’s no 'Sex and the City,' they say. As if that were a good thing." 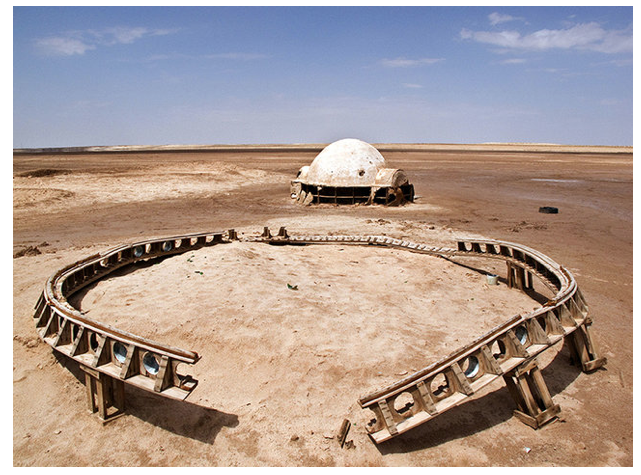 "A Photographer Rediscovers the Crumbling Remains of Tattooine." By accident, photographer Rä di Martino found the remains of the set used for Luke Skywalker's home in "Star Wars."

"Bruce Lee, Before and After the Dragon." On the 40th anniversary of Bruce Lee's death, Kevin B. Lee revisits the subsequent "Bruceploitation" movies conceived in homage to the martial arts icon. "In just a three year span," Lee writes, "Bruce Lee starred in a handful of films that catapulted the martial arts genre into a global phenomenon. His sudden death…left an enormous vacuum, with audiences around the world desperately craving more of the first Chinese superstar it had ever known. Answering the demand came a legion of Bruce Lee knockoff movies, starring Asian kung-fu actors who changed their names to sound like Bruce Lee: Bruce Lai, Bruce Le, Bruce Lei, the list goes on. A new genre, Bruceploitation was born."