"Following Ebert's path all these years later, the book proves its durability. Changes to the walk, where they need to be made, are slight: Kenwood House is closed for construction, but I was still able to roam the stately grounds, which are sprinkled with a comically large number of park benches. Hampstead Tea Rooms is still in operation, though it no longer serves pastries from the window. The plum tree outside Keats House is long gone.

"But Ebert’s 'extraordinarily gnarled tree' still rests in its 'shady passage,' and The Freemasons Arms still serves 'substantial fare,' and waterfowl still swim on the waterfowl pond in the Heath. Paths still fork where Ebert says they do." 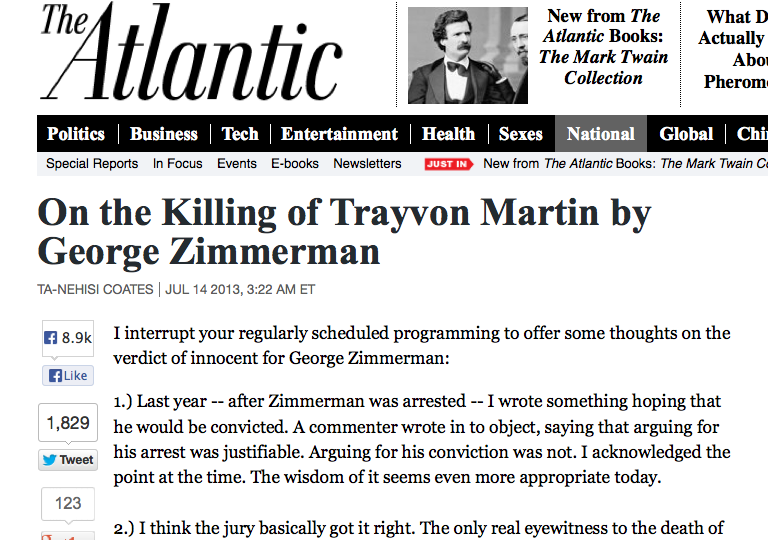 "On the Killing of Trayvon Martin by George Zimmerman." At The Atlantic, Ta-Nehisi Coates draws conclusions from the verdict in the Trayvon Martin case. Related: President Obama's statement, and two timely reviews by RogerEbert.com contributors—Steven Boone on "Fruitvale Station," and Odie Henderson on "Cornbread, Earl and Me."

"I think the message of this episode is unfortunate. By Florida law, in any violent confrontation ending in a disputed act of lethal self-defense, without eye-witnesses, the advantage goes to the living." 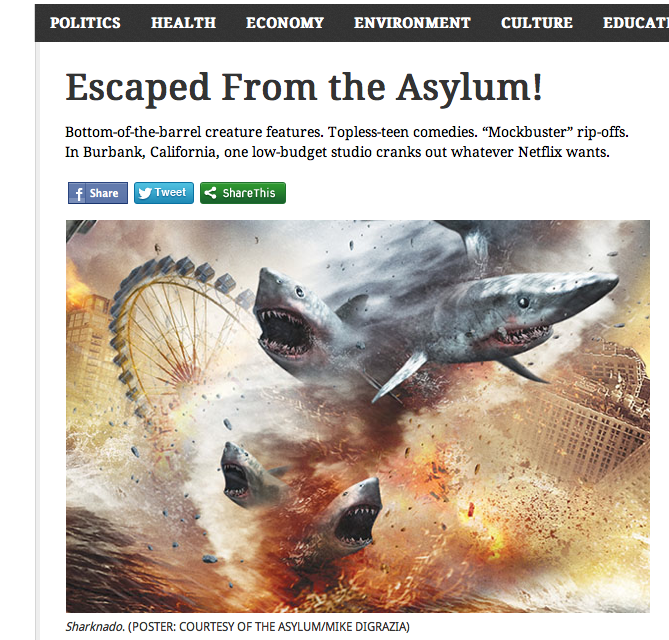 "Escaped From the Asylum!" In light of Twitter sensation "Sharknado," Amanda Hess of The Pacific Standard examines the way companies like Netflix and SyFy affect the films produced in today's version of the B- movie industry.

"Today, the dynamic between low-budget producer and content-hungry distributor has flipped. Netflix doesn’t just stream films — it wills them into existence. The composition of contemporary B movies is dictated by middlemen like Netflix and Redbox, international direct-to-DVD distributors, and cable networks like Syfy, all of which pad their offerings with Asylum originals tailored to their needs. If a Japanese DVD company wants a submarine, and Blockbuster needs a monster, the Asylum will make a sailors-meet-sea creature movie, then tweak the concept further to sell to all its potential platforms."

"Burning Questions: Fictional Art You Want to Experience." One trap of depicting a great artist on screen, writes Michael C., is showing the work of art itself. Can it ever be as good as advertised? The writer lists fictional works he'd like to read or watch in real life. 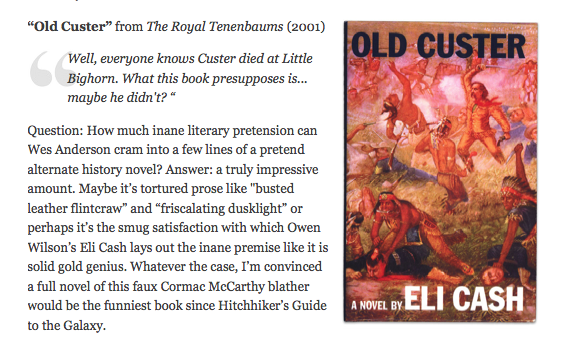 "There are various methods with which films skirt this issue. The simplest solution is to show nothing and simply have the characters talk about the brilliance (or lack thereof) of the work in question. We never do hear a passage from Grady Tripp's acclaimed 'Arsonist's Daughter' in 'Wonder Boys' (2000), just as we never witness any of the actual stage performances from 'All About Eve' (1951). Then there are those films which give just enough of a taste of the work without doing the heavy lifting. In the great 'All That Jazz' (1979), for example, we see enough of Joe Gideon's erotic work-in-progress to know why it's an investor's nightmare without ever learning much more about it." 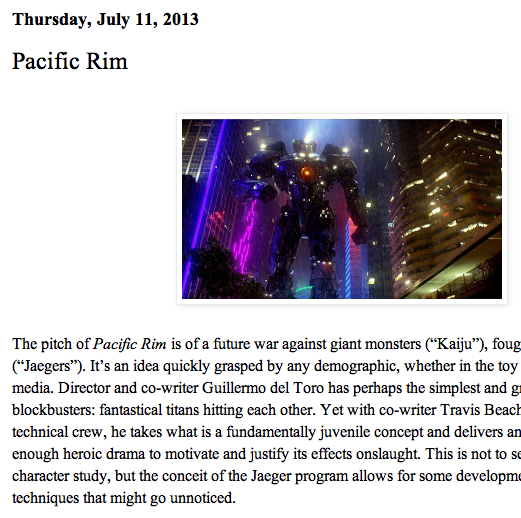 Two pieces mine deep readings in the "Jaeger" conceit from "Pacific Rim." Coeli Carr views the film from an astrological standpoint, while Eric Van Uffelen argues that the movie is subtler than it first appears, employing different fighting styles to reflect character.

"The pitch of 'Pacific Rim' is of a future war against giant monsters ('Kaiju'), fought by giant robots ('Jaegers'). It’s an idea quickly grasped by any demographic, whether in the toy aisle or on social media. Director and co-writer Guillermo del Toro has perhaps the simplest and grandest pitch of blockbusters: fantastical titans hitting each other. Yet with co-writer Travis Beacham and a staggering technical crew, he takes what is a fundamentally juvenile concept and delivers an exciting spectacle with enough heroic drama to motivate and justify its effects onslaught. This is not to set expectations for a rich character study, but the conceit of the Jaeger program allows for some development, including techniques that might go unnoticed." 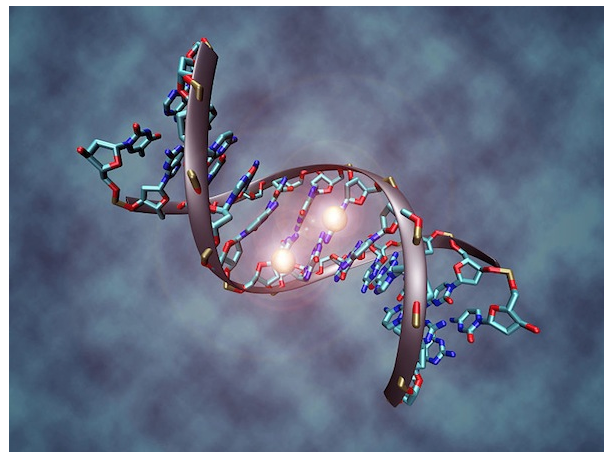 From The Economist, "What is epigenetics?" explains that it's not only possible for organisms to alter the way genes are expressed—it's even possible for these alterations to be inherited. The accompanying image is credited to Christoph Bock and the Max Planck Institute for Informatics.

"Guillermo del Toro: The Unlikely Auteur," from Nelson Carvajal and Amber Sparks at Press Play. Carvajal compiles clips from eight of the "Pacific Rim" director's movies to make a case for the filmmaker's artistry.