"At Profiles Theatre the drama—and abuse—is real": A blistering exposé from the Chicago Reader's Aimee Levitt and Christopher Piatt on the abuse committed by Darrell W. Cox at the Chicago theatre company best known for its production of "Killer Joe." Readers who want to take action are encouraged to sign two petitions at Change.org: here and here.

“Profiles's motto is ‘whatever the truth requires.’ Onstage, the cast was stripped naked, literally and emotionally, especially in the knock-down fight at the very end. ‘This was certainly a show that took people by storm, and you kind of get on that train, and you just go with it,’ Benson says now. ‘And then you think of the work you're doing, ‘This is what it requires. This is whatever the truth requires. This is what is required of me to do this.’’ In her review, Weiss noted the bruises on the actors' arms. "At one point, a female cast member is being brutally choked, then forced to give a makeshift blow job," wrote the Chicago theater blogger the Fourth Walsh. ‘It's vicious and real!’ The reason ‘Killer Joe’ felt so vicious and so real was because it was. All of it: the choking, the bruises, the deep-throating of a chicken leg, the body slam into the refrigerator, Cox's groping of Wellin through her dress as Joe attempts to seduce Dottie, Cox's semierection at the beginning of Act II after Joe succeeds. ‘It was real,’ says Darcy McGill, the costume designer, ‘because there was a psychopath onstage.’” 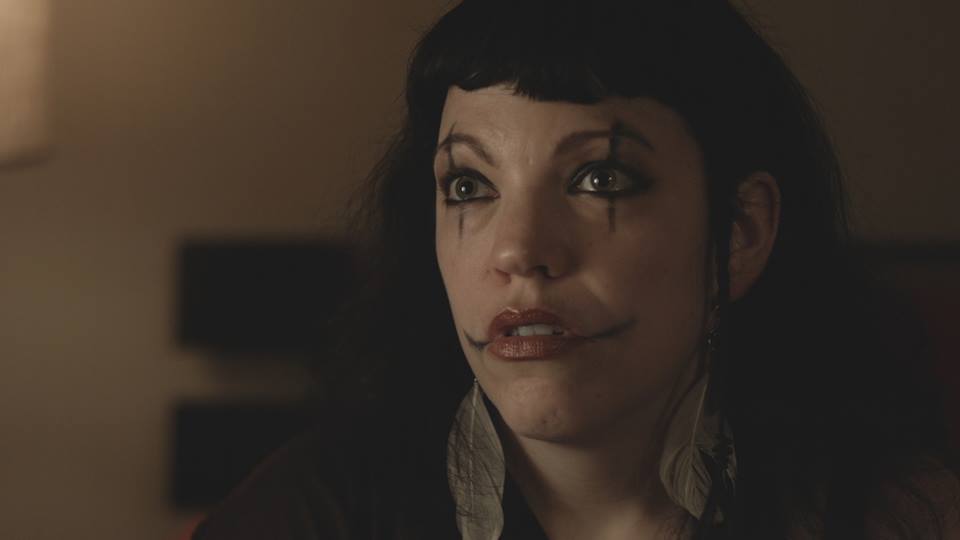 "Sadie Rogers on 'RPG'": At Indie Outlook, I interview the filmmaker and actress about her terrific short film, which will be featured on Short of the Week next Tuesday, June 14th.

“[Indie Outlook:] ‘It seems that fantasy role-playing has become more commonplace in our society, whether it be in the form of LARP or video games.’ [Rogers:] ‘Yeah, the willingness to transcend yourself and inhabit these characters has become quite trendy and normal, whereas it used to be something that you would associate with obese dudes and Goth girls in Middle America. The guys at my warehouse job all play ‘World of Warcraft.’ In my opinion, this is how society has begun to prepare itself for the virtual reality world that we are about to join, where anybody can be anybody. I’ve become obsessed with it after reading William Gibson’s Sprawl trilogy.’ [Indie Outlook:] ‘What’s interesting about your work is how it grounds elements of sci-fi and fantasy within narratives that are primarily concerned with subtle human interactions.’ [Rogers:] ‘That is exactly my goal. With ‘Alien Brides,’ I wanted to write about what would happen to the spinsters of the world like me and Carolyn—she’s in her 40s, I’m in my 30s—if aliens attacked. The answer would be nothing, probably.’” 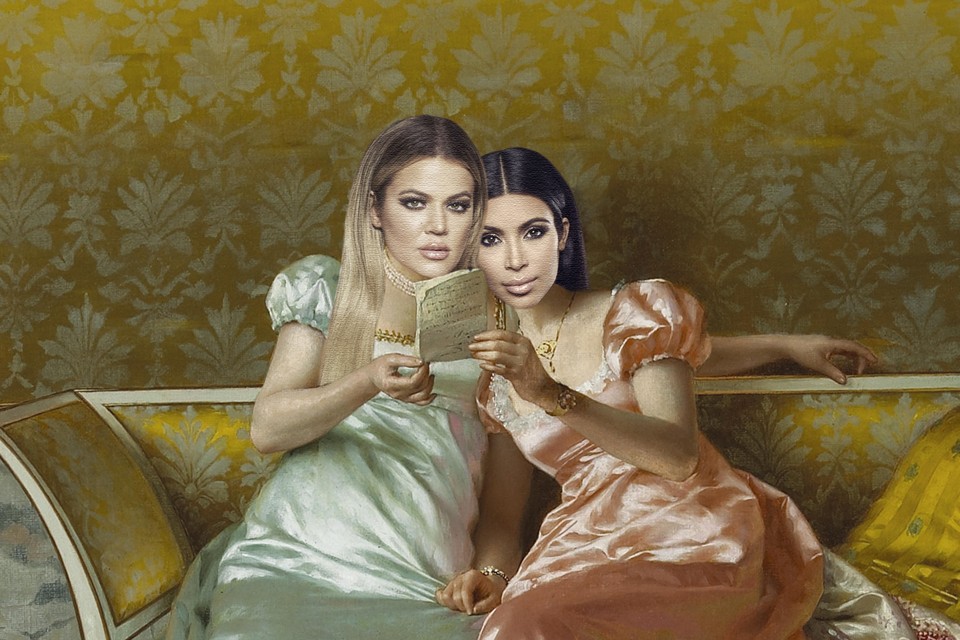 "The Real Housewives of Jane Austen": The Atlantic's Sophie Gilbert analyzes how shows like "Keeping Up With the Kardashians" emulate the iconic writer's work.

“What’s clear reading Austen today, or watching one of the countless adaptations of her work, is how much the women in her novels have in common with so many of the women on reality television. Her female characters are defined by two primary qualities: their privilege and their powerlessness. Her writing focuses almost entirely on women searching for stability and status, deploying the very limited means available to them. Deprived of intellectual gratification or professional empowerment, they scheme, manipulate, and get bogged down in petty rivalries with each other. Their ultimate endgame is marriage, described by Charlotte Lucas in Pride and Prejudice as the ‘pleasantest preservation from want.’ That they do nothing of much more substantive significance (except, some of them, on rare occasions, be kind sisters or daughters) is their flaw, but also, as Austen portrays it, their fate. Isn’t it weird? It’s possible to imagine Austen, reincarnated with her bonnet and penchant for millinery, being moderately overwhelmed by the various cuts and colors of synthetic fabric worn by the contestants on ‘The Bachelor.’ But the show’s premise would strike her as utterly familiar.” 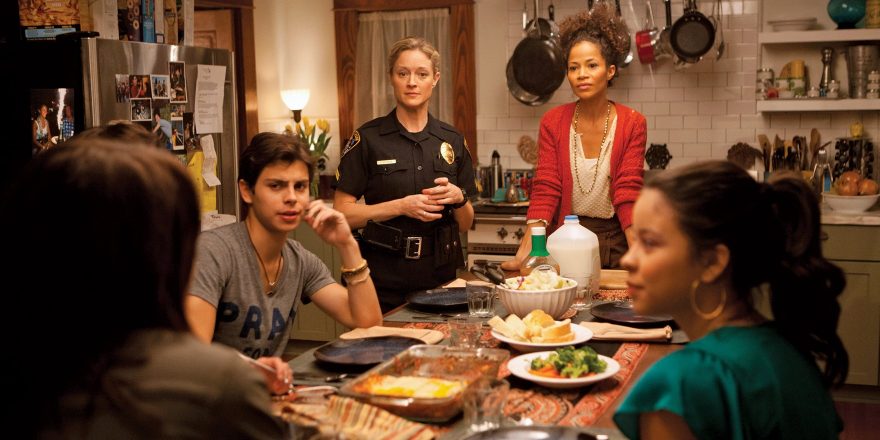 "Across the Aisle: 'The Fosters' Shows America As It Actually Is (Not At We Want It To Be)": Another great piece from Jim Hemphill at The Talkhouse.

“One of the most amazing things about ‘The Fosters’ is that it’s ostensibly aimed at a teen audience, yet treats its themes with more complexity and maturity than one finds in most so-called ‘adult’ programming; the respect it exhibits for its young viewers is positively staggering. Take, for example, a storyline from season three in which former foster child Callie (Maia Mitchell) becomes an activist for reform of the foster care system and forms an alliance with a woman who may not be a true advocate for the cause. Their collaboration leads to a surprisingly sophisticated critique of the kind of unrestrained capitalism promoted by the present-day Republican platform, as the storyline pointedly illustrates how the profit motive leads inexorably to the literal buying and selling of children. ‘The Fosters’ has deservedly gotten a lot of credit for its bravery and progressive sensibility relating to social causes (which I’ll get to in a minute), but its true greatness lies in its demolition of the fiction that there is a line to be drawn between social issues and economic ones – the series represents a bold, forceful argument against the entire conservative agenda as it’s been defined since the early 1980s. The cliché that someone can be a social liberal but an economic conservative proves to be an unsustainable contradiction in the universe of ‘The Fosters,’ which does something none of our politicians have the honesty or courage to do: it shows our country as it actually is, not as we wish it to be.” 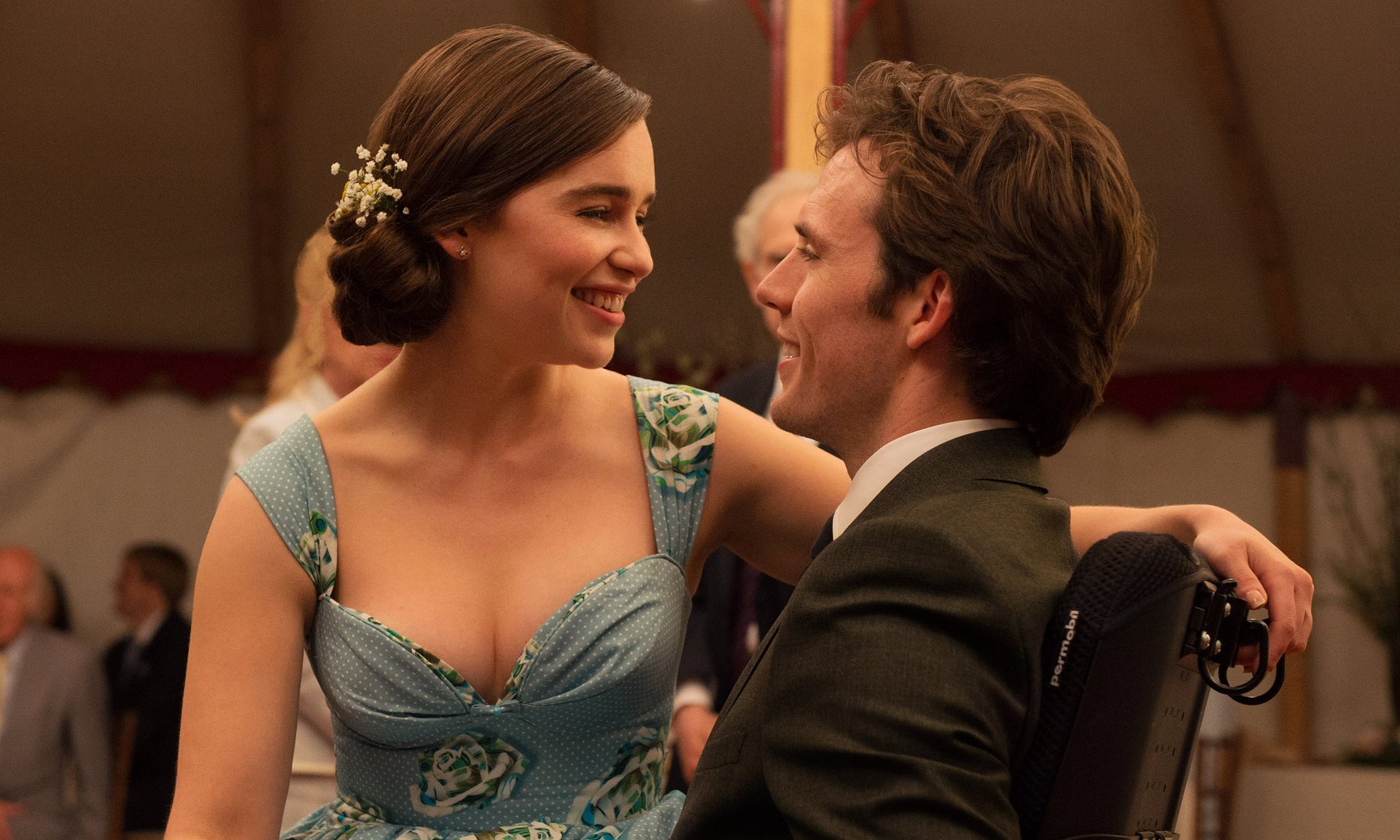 "'I'm not a thing to be pitied': the disability backlash against 'Me Before You'": As reported by The Guardian's Ryan Gilbey.

“Will has been quadriplegic since a road accident several years earlier. Before Lou became his carer, Will decided he wanted to kill himself. Now the Dignitas paperwork is in the post and it seems that Lou’s chipper disposition can do nothing to change his mind. A spoiler alert will be necessary for anyone who hasn’t read the book and so won’t know that he goes ahead with his plan. The full meaning of the name ‘Will’ becomes clear only after he dies and leaves Lou more money than she has ever seen. It will be enough cash, he says, for her to swap her timid life for adventure. The problem, according to activists who picketed the film’s premiere last week, is this motto applies in this context only to the able-bodied – and comes at the cost of a disabled man’s life. Many of those same activists also used Twitter to take issue with the film. The hashtag #MeBeforeEuthanasia was used by @grindmastrgrant, who tweeted: “I’m not your inspiration porn and I’m not a thing to be pitied or killed off to make the audience cry,” while @JohnBrianKelly wrote: ‘I have Will’s disability. Stop killing me on film! #liveboldly, fight cripple snuff films.’ The idea that it is better to be dead than disabled has been seen many times before. In ‘Million Dollar Baby,’ it is expressed in a mercy killing. In ‘Whose Life Is It Anyway?’ and ‘The Sea Inside,’ it takes the form of a quadriplegic man fighting the medical establishment for his right to die. The familiar spectre of the worthless disabled body is hidden behind the apparently valiant struggle of an individual against the state.” 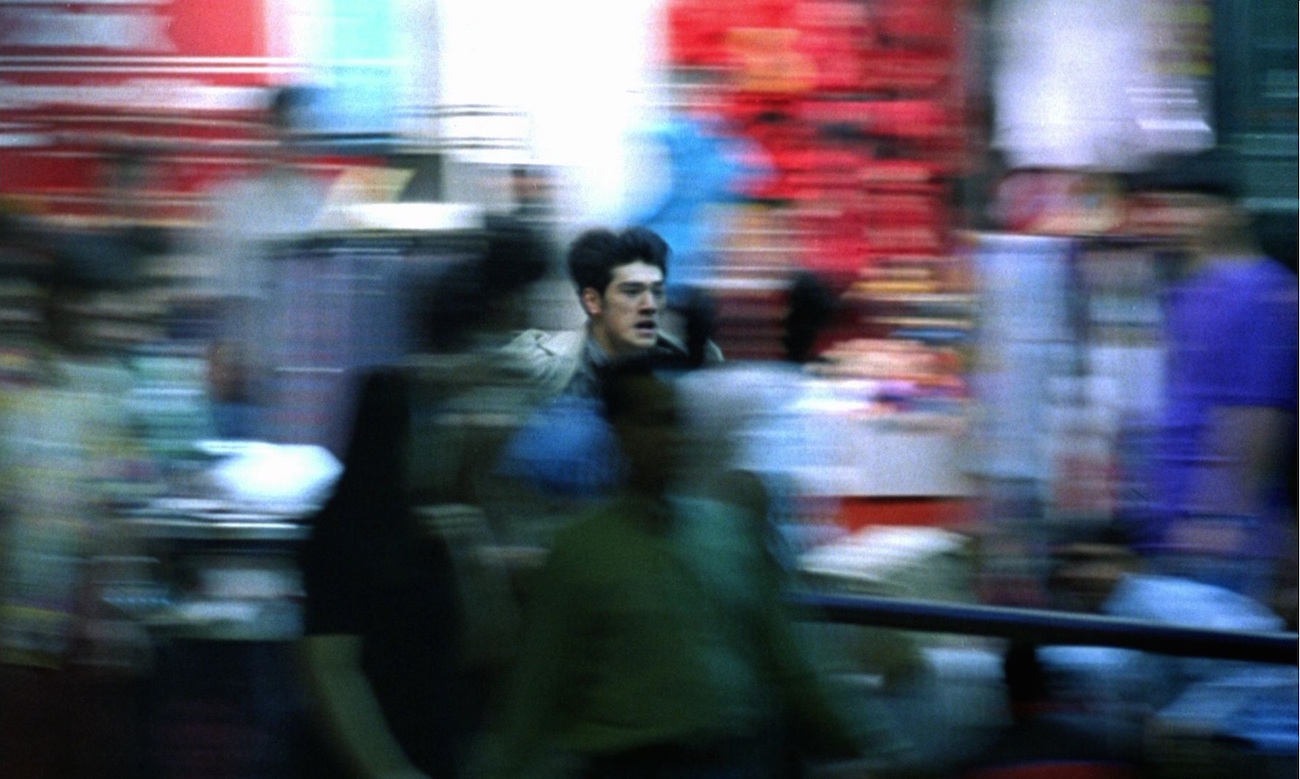 The Playlist's Nikola Grozdanovic celebrates the eye of cinematographer Christopher Doyle by highlighting his "ten best shots," including the one posted above from 1994's "Chungking Express."

Lotte Reiniger's 1922 film of "Cinderella" proves that she was not only an "animated film pioneer," but a "standard-bearer for women," according to The Guardian's Pamela Hutchinson.