“Patton landed her first acting gigs at 28, getting a relatively late start for good reason: She’d gone to USC film school to start a career behind the camera, not in front of it. Her first film roles came in supporting turns in the 2005 Will Smith hit ‘Hitch’ and ensemble coke party dramedy ‘London,’ but within just a year she would made her film debut proper opposite Washington in ‘Déjà Vu,’ months after playing her first leading lady role in the Outkast period musical ‘Idlewild.’ Fast-forward through a decade that’s seen little traction gained on the big screen for women—let alone women of color. This month, in addition to donning emerald skin and cumbersome fangs in the critically panned video game epic ‘Warcraft,’ the actress finds herself in the unenviable position of being ogled, sexually objectified, physically attacked, and generally abused in a host of ugly ways as David Spade’s love interest in an Adam Sandler action-comedy. It takes nearly 50 minutes for Patton to even show up in ‘The Do-Over,’ the latest in Sandler’s four-picture Netflix film deal after ‘The Ridiculous Six’—a comedy so laden with offensive Native American caricatures that actors walked off the set in protest. When she does, finding herself in the sights of Sandler and Spade’s amateur con men in the middle of a terminally convoluted plot that only gets exponentially dumber, the pair stalk her from afar, drooling over her physique before intentionally running her over with a Winnebago.”

"Into the Cinema, Onto the Page": Another excellent essay from Michael Gonzales at Catapult.

“I stood on the corner of 95th Street and stared at the theater. A shiver went up my arm, and I felt as though the gleaming silver letters spelling out its name possessed a power that was pulling me towards it, as though the mystical aura of a good witch was beckoning me to enter the enchanted forest. Strolling down the hill, I looked up at the marquee that read ‘Touch of Evil,’ with director Orson Welles’s name over the title. Although I’d seen ‘Citizen Kane,’ the most I knew about Welles was seeing him in Paul Masson wine commercials. I bought a ticket for $1.50 and picked up the program in front of the window; the Thalia usually changed films daily, and their program was a detailed guide to their upcoming lineup. Standing in the dimly lit lobby, I nervously crossed the threshold and, as had become a habit since I started going to the movies by myself when I was a kid, walked to the middle row and sat in the center. There were only a few people in the theater, and everyone was by themselves; as I’d later learned, movie buffs, like writers, have no problem with solitude. Anxiously waiting for the movie to start, I questioned why I was sitting there in the first place. I wasn’t one to cut school. I’d only done it once in high school, but, floating between post-adolescence protection and real-world decisions, I needed a few hours in the darkness to not think about my own dilemmas, or that damn class. As the house lights dimmed, I slid down into the seat. Having not read the film’s description in the program, I didn’t know what to expect, but while watching ‘Touch of Evil’’s opening scene, I knew I’d made the right choice.” 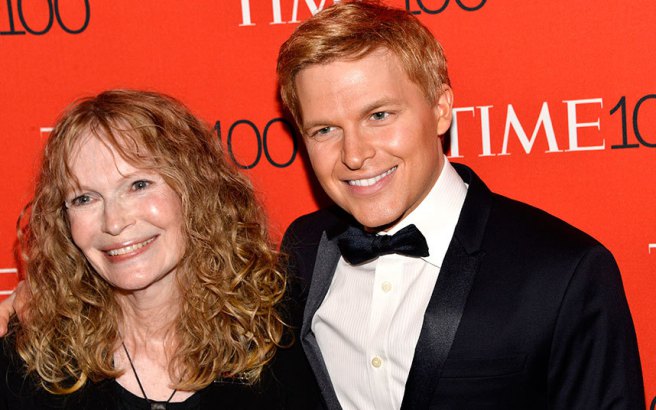 “I read your recent article for the Hollywood Reporter, in which you hold the media accountable for giving your father a pass, and not asking him ‘the hard questions.’ I found the piece to be disingenuous, irresponsible, and even dangerous. You and your mother have both asked that the press continue to hold Woody Allen’s feet to the fire in the name of ‘women everywhere’ and ‘all abuse survivors.’ But there is plenty of evidence to suggest this isn’t really your primary concern. Your mother’s statement in Polanski’s probation report seems to imply the director’s artistic talent outweighed the damage he may have caused to the young girl who was then struggling for credibility, even after Polanski’s admission of guilt. Has Mia ever reached out to her over these past forty years to explain her lack of solidarity with the victim? Further, in 2014, your mother’s lawyer in the infamous custody battle, Alan Dershowitz, was accused of having sex with an under aged girl. He aggressively denied the accusation. Last April, a Florida judge dismissed the charge, but because the girl accused him of this crime, shouldn’t you be advocating for her? What about the child victims of Mia’s brother, John Villers-Farrow, who is currently doing prison time for multiple counts of molestation against two young boys? I don’t remember you speaking out when Uncle John had part of his sentence suspended. What about your own brother Moses, who describes being beaten often by Mia as a child? What have you done to help your brother get his story out? For someone who’s concerned with abuse victims ‘everywhere,’ you seem to be less than universal about the cases you feel warrant public scrutiny.” 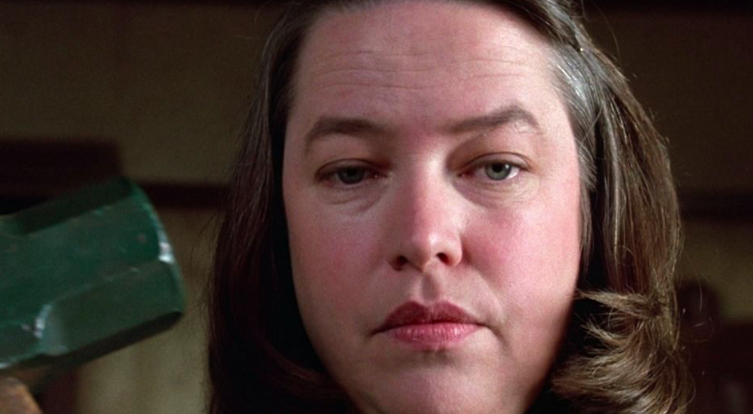 "Fandom Is Broken": Essential commentary from Devin Faraci at Birth.Movies.Death.

“I’ve gotten my fair share of death threats. Some were really scary. Some were obviously nonsense. One time I managed to hunt down a kid who threatened to kill me and called him; I won't deny that his tear-filled voice as he begged me not to call the police and report him gave me some pleasure. I've been writing about movies, comics and pop culture online for about 15 years now and I have seen how much easier it has gotten for people to just send nasty, hateful comments directly to you, and I have seen how willing they are to just do it. One time a guy tweeted something exceptionally upsetting at me and when I replied to him he was surprised - he told me he never thought I would read his tweet. All of this factors into the strange mindset of how we interact online. We have immediate access to spew any kind of hate at almost anyone instantly, and we probably also have a sense that nobody's actually listening. Or at least I hope that's the case - when director James Gunn defended the Captain America twist someone on his Facebook page left a comment wishing for Gunn's pet to be fed into a wood chipper. You have to hope that the guy thinks he's just muttering under his breath, that Gunn wouldn't actually see it, because the other version of that makes you despair for humanity.” 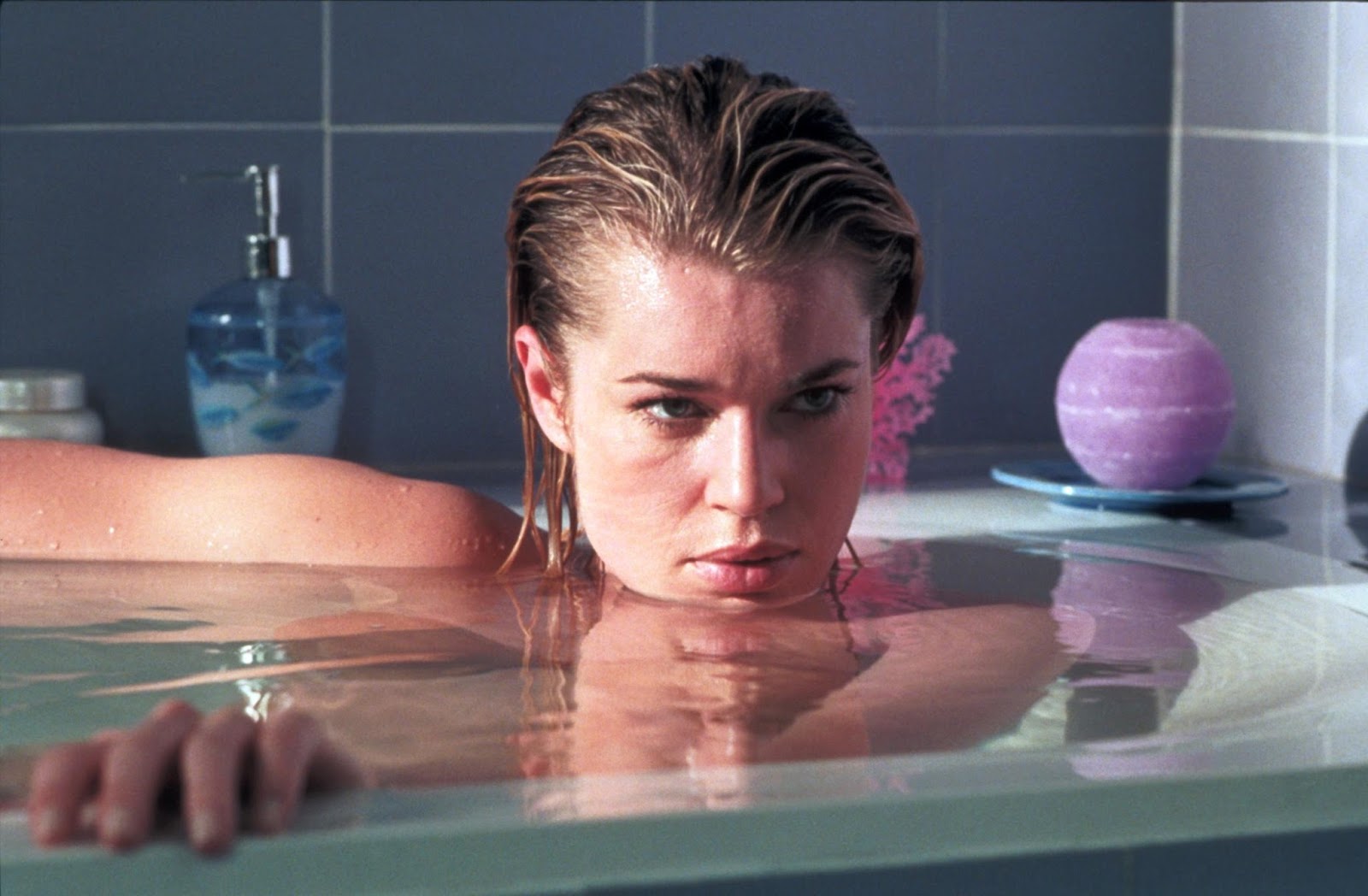 “It takes a lot of confidence to begin a movie with a clip from perhaps the most famous film noir of all time, as Brian De Palma does in the first scene of his 2002 erotic thriller ‘Femme Fatale.’ That film’s opening scene, which unfolds via a virtuoso long take in which we're introduced to the lead character and major themes of the film without a cut, begins with an image from Billy Wilder’s ‘Double Indemnity’ on a television and ends with a hotel room curtain being pulled aside to reveal the Cannes Film Festival red carpet. Inviting comparison with Wilder and referencing the most prestigious film festival on earth makes a bold statement right off the bat, but De Palma doesn’t merely invite the comparisons he’s making – he earns them, and then goes beyond Wilder’s influence to create a film that is both a superb example of the film noir form and a commentary on it, as well as an evolutionary step forward in terms of the tradition’s approach to women. While it would be a stretch to call ‘Femme Fatale’ a feminist manifesto, in its own sly way it answers the charges of misogyny often leveled against film noir by setting in motion a gleefully complicated puzzle of a plot in which one commanding man after another finds his sense of order disrupted by the female jewel thief at the movie’s center. It’s not just that Laure (Rebecca Romjin) undermines the guys and their world; De Palma himself subverts a century of established cinematic “rules” to place the audience in the position of the bewildered men stripped of their power – and he does it with so much pizzazz that we’re grateful to have the rug pulled out from under us. ‘Femme Fatale,’ one of seven De Palma classics screening at the Aero Theatre as part of a week-long tribute to the director, is as great a film as De Palma ever made – which means it’s as great a film as anybody ever made.” 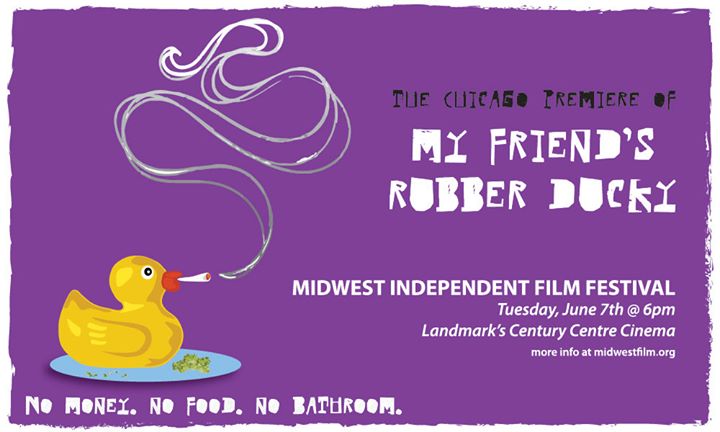