“Mayfield began putting out solo material beginning with the LPs Curtis (1970) and Roots (1971). His soul style, as heard clearly on ‘(Don’t Worry) If There’s a Hell Below, We’re All Going to Go’ and ‘Underground,’ was becoming looser and funkier. ‘There was a new freedom going on,’ Mayfield said. ‘There was the flower people, FM radio and folks smoking herbs that allowed us to do other things with the music. I was listening to Bitches Brew (Miles Davis), and realized I too wanted to express myself differently.’ In 1972, Mayfield’s new style of funk was launched into the stratosphere with the release of the Super Fly soundtrack. The story of a Harlem drug dealer (Priest) trying to make that inevitable last big score, both the film and the accompanying album were massive successes. Prior to the ‘Blaxploitation’ film movement, soundtracks were usually done by white composers using oversized studios for the orchestra. Isaac Hayes winning multiple awards, including an Oscar for Shaft, changed the game. ‘The studios finally realized they didn’t need a football field and Henry Mancini to do a soundtrack,’ Mayfield said. With the now-classic singles ‘Freddie’s Dead’ and ‘Super Fly,’ the album’s streetwise lyricism, anti-drug stance and high-octane funk represented a landmark that introduced his work to a different audience without alienating loyal fans. Two years later, Mayfield was approached by Third World Cinema/20th Century Fox to score the 1974 Diahann Carroll/James Earl Jones flick ‘Claudine,’ a Harlem-based comedy-drama about a struggling mother (Carroll) of six kids who meets and falls in love with a charming garbage man named Roop (Jones). As a boy of ten, I recall watching some of the movie being shot on my old block (Jones’ apartment building was 601 W. 151 Street) and braved my way over to Carroll to ask for an autograph.” 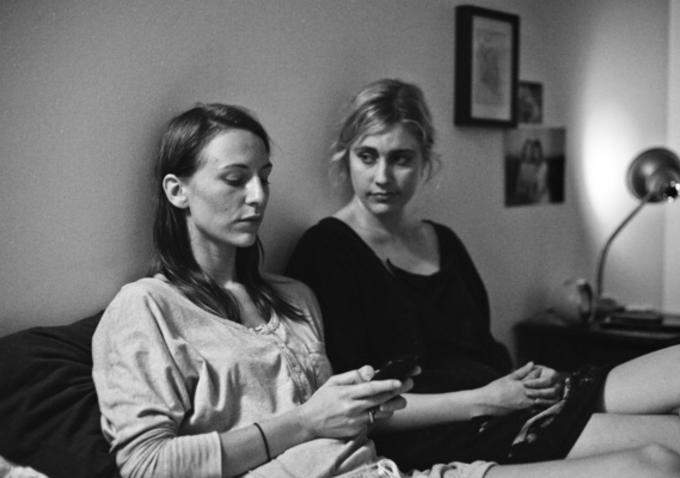 "The Women in Noah Baumbach's Films: Gentleness as Strength": Yet another great piece from Arielle Bernstein at Indiewire.

“A look at Noah Baumbach’s women would be incomplete without a consideration of the brilliant and beautiful film, ‘Frances Ha,’ a film that is first and foremost about female friendship. In it, two young women, Frances and Sophie, grow together and apart from each other, as they each struggle to make it, both professionally and personally, in New York. In one of the most moving and memorable moments in the movie, Frances drunkenly describes what she wants out of a relationship to a few acquaintances she has just met at a dinner party: ‘It's that thing when you're with someone, and you love them and they know it, and they love you and you know it... but it's a party... and you're both talking to other people, and you're laughing and shining... and you look across the room and catch each other's eyes... but—but not because you're possessive, or it's precisely sexual... but because... that is your person in this life. And it's funny and sad, but only because this life will end, and it's this secret world that exists right there in public, unnoticed, that no one else knows about. It's sort of like how they say that other dimensions exist all around us, but we don't have the ability to perceive them. That's—That's what I want out of a relationship. Or just life, I guess.’ Towards the very end of the film, Baumbach presents a scene at a party celebrating Frances’ choreography for a modern dance show, where we see Frances and Sophie lock eyes. ‘That’s Sophie. She’s my best friend.’ While a show like ‘Girls’ often paints girliness as vapid or cruel (we spend a lot of time waiting for Hannah and her friends to grow up and stop being girls, after all), ‘Frances Ha’ insists on a vision of female friendship that is imperfect, but also genuinely tender.”

"12 Angry Men Inside Amy Schumer cinematographer Jonathan Furmanski": Matt Mulcahey of Deep Fried Movies interviews the man who lensed one of the most brilliant parodies in recent memory.

“With these actors and this material, this sketch was destined to be a transformative moment for the show regardless of its visual style. But it certainly added another level of enjoyment for me to see how lovingly you crafted the episode in the image of Lumet’s original. [Furmanski:] ‘I don’t think we ever discussed doing it any other way. From the get-go, everybody was on the same page – if we’re going to do this, we’re going to do it 100 percent and we’re going to try to make it as close as we can to the original film. And if people don’t understand some of the references, that’s okay because it still stands on its own two feet without them. And if I’m being totally honest, doing it this way was just a lot more fun. On the show we typically shoot on location. We don’t build a lot of sets, we don’t do a lot of dolly moves, we don’t do a lot of jib moves or anything like that. There were a lot of things on this episode that were out of the ordinary for us. It was challenging and difficult, but I’m just super proud of the result. It was an amazing experience. Working on the show in general is more fun than we probably deserve to have. It doesn’t ever really feel like work. I’m just glad that the people at the network and all the executives got so behind the concept and gave us the freedom and ability to pull it off.’” 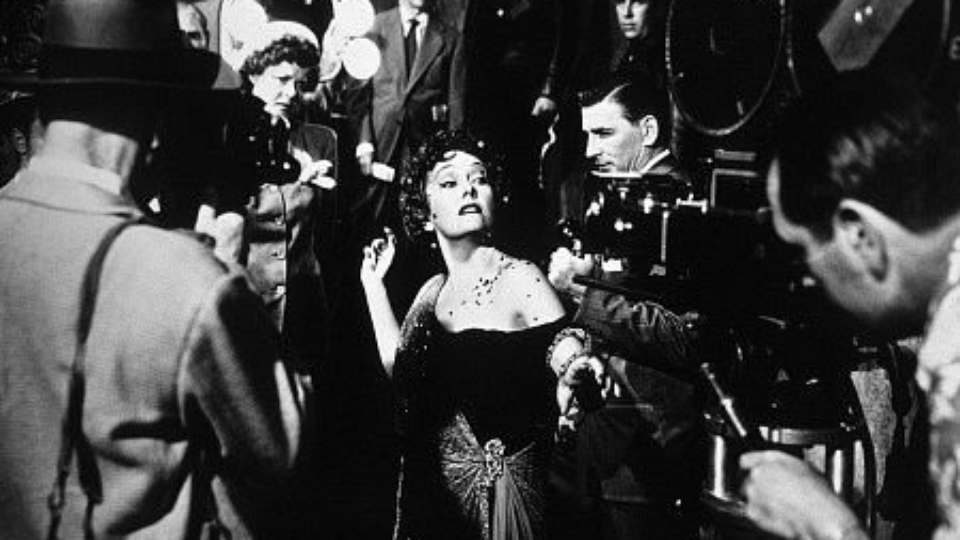 "Where to start with the films of Billy Wilder": The A.V. Club's Ryan Vlastelica explores the work of one of cinema's greatest artists.

“The films of Billy Wilder are more famous than Wilder himself. As with Howard Hawks—another director beloved by cinephiles but with little name recognition among the general public—Wilder’s work spans so many genres and styles that he becomes impossible to pin down, definable only by the skill inherent even in his weakest efforts and by a somewhat skeptical worldview.Actually, ‘skeptical’ is being polite. The word critics most often reach for is ‘cynical,’ and while that absolutely fits films like ‘Ace In The Hole,’ which are so caustic they’d be controversial if produced today, it’s an insufficient description. The biggest thread through Wilder’s career is his clarity when it comes to his characters’ motives, which are almost always self-centered and vain. Even his purest and most idealistic heroes are lying to someone, working their own angles, willing to compromise their beliefs. No one is selfless, which Wilder sometimes views with amusement, sometimes with contempt, but rarely without sympathy, and never with sentimentality. In the climactic moment of his POW drama ‘Stalag 17,’ when every other director would be affirming the bond between this band of brothers, Wilder’s hero tells his fellow prisoners, ‘If I ever run into any of you bums on a street corner, let’s just pretend we’ve never met before.’ Wilder’s most sincere picture ends with a declaration of love that is answered with an order for the declarer to shut up. The cinematic world of Billy Wilder is one where suicide attempts are a recurring theme, popping up in romances and comedies.” 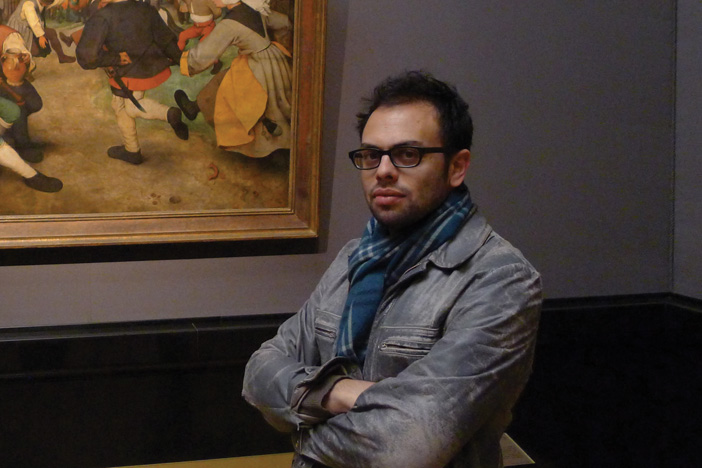 “It’s interesting looking at these two films back to back, because, despite their recognizable consistency, they look very different. Beyond the different cameras used, ‘Uncertain Terms’ maintains many set-ups that feel quite classical and storyboarded, while ‘Stinking Heaven’ sticks closer to faces, seems to follow the action more. Can you talk about your collaboration with Cody Stokes, the DP (and co-writer along with producer Chloe Domont) on ‘Uncertain Terms,’ versus with DP Adam Ginsberg and the team on ‘Stinking Heaven’? [Silver’:] Uncertain Terms’ is a much more classical story than ‘Stinking Heaven.’ It has all the elements of a melodrama. We upended the melodrama by presenting the more sensational aspects from an observational point of view and muting them as much as possible. Some people see the film as a low-key story, but if you think about the fact that it’s a house full of pregnant teenagers and a handyman, it’s pure camp… but it doesn’t feel like camp because of the shooting style. Cody and I didn’t storyboard. We would convene each morning and make a shot list, which we would then loosely follow—Cody is an insanely intuitive shooter so I put my full faith in him to capture what he found necessary as things unfolded. As far as ‘Stinking Heaven’ goes, Adam and I didn’t shot list it. Just as I put my full trust in Cody, I put the same trust in Adam. ‘Stinking Heaven’ is far less scripted than ‘Uncertain Terms,’ and we would let the scenes play out long and crazy, and Adam would follow the action and we would repeat the scenes numerous times. Our most basic decision for each setup was whether it’d be handheld or on sticks and then we would discuss who to focus on… but this would shift as the scenes took shape. As I mentioned already, on both films I would constantly discuss story and character elements with the co-writers (Chloe and Cody on ‘Uncertain Terms’ and Jack Dunphy on ‘Stinking Heaven’).’” 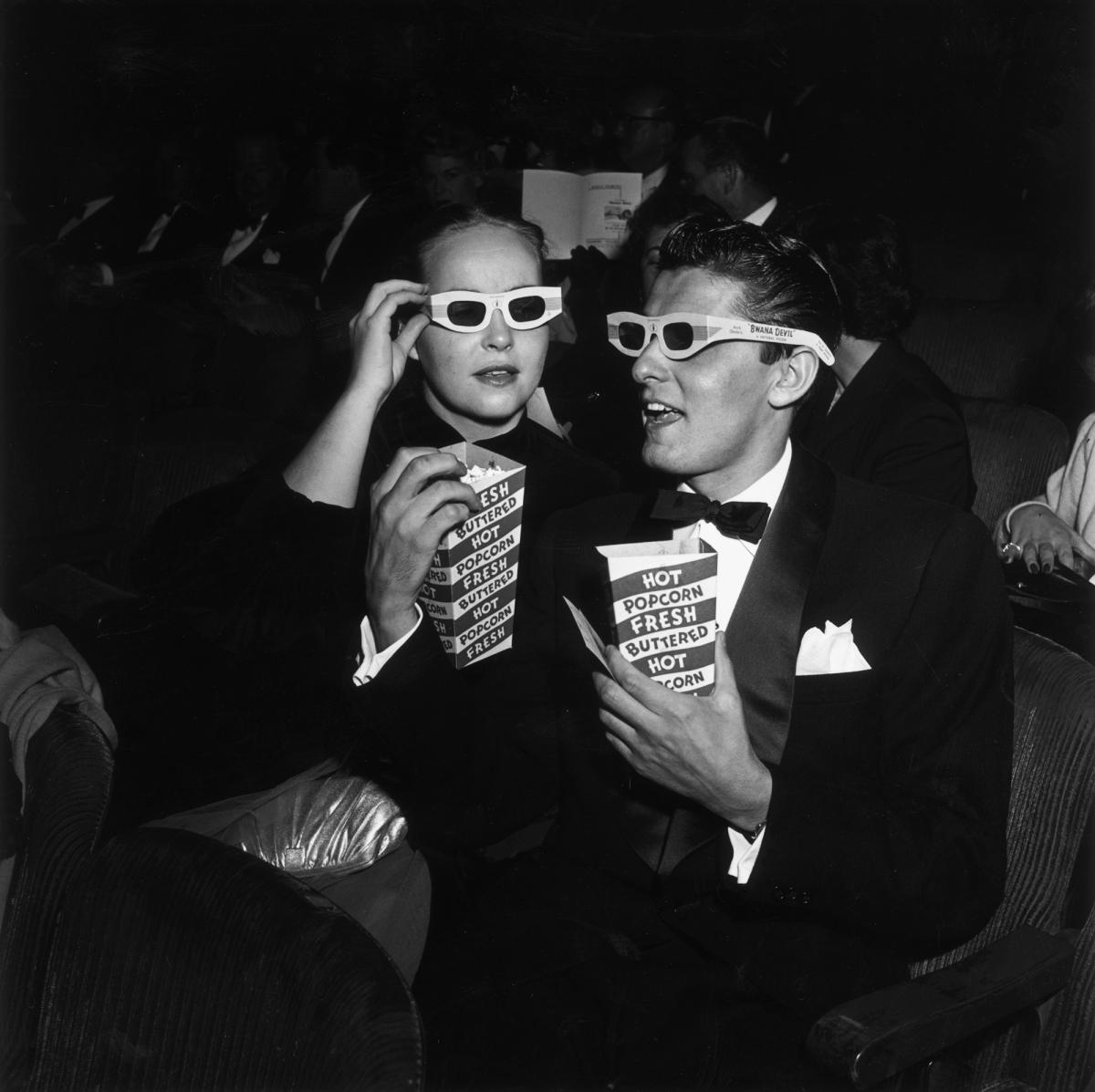 The New Yorker's Daniel Engber discusses what he believes to be "the misunderstanding of 3-D."

Doug Walker, a.k.a. The Nostalgia Critic of ChannelAwesome.com, explores the bizarre awfulness and even stranger pleasures of the cult favorite sitcom, "Small Wonder."