"The secret sounds in movies and TV": BBC's William Park provides a fascinating look at the surprising array of sources that have been recorded to create some of cinema's most indelible sound effects.

“You might not have heard the term ‘Foley’ before, but you will possibly have witnessed it – probably in the last film or TV programme you watched – without even realising. Foley is the process of adding sounds to films, television and radio programmes after they have been recorded, pioneered by Jack Foley in the silent film-era of the early 20th Century. The sound effects are artificial, created with props or sources that are often radically different to what appears on screen. In cinema, the sounds of monsters or futuristic technology, for instance, have been created using every from envelopes to breezeblocks and biplane motors. It’s not just for fictional TV or movies either. In a radio documentary, The Sound of Sports, Dennis Baxter describes how sounds are added to sporting events, from rowing to athletics. In horse racing, for example, it would be impossible to lay microphones around an entire course, so a pre-recorded track is played over the top. But instead of pre-recorded horses, they use the slowed-down sound of a buffalo stampede. Sometimes Foley sounds may be used because they feel more ‘real’ to us than the real thing.”

"All About the Troubled City That 'True Detective' is About to Make Famous": At Curbed, Bianca Barragan pays a visit to the Los Angeles County city of Vernon.

“The initial crime that moves the story along this season takes place in a nonexistent city called Vinci, which the Washington Post describes as ‘Within sight of downtown L.A. [and] an industrial mess of refineries, plants, transfer stations and a casino.’ Minus that casino (a reference to Bell Gardens?) and its sweet public transit connections (though the Blue Line runs close), this is pretty much a rough sketch of the tiny southeastern Los Angeles County city of Vernon, which has become notorious for its rampant corruption and toxic industry. Back in 2011, when Vernon was struggling against state lawmakers' plans to take away its cityhood, the New York Times introduced the troubled city as ‘a bleak, 5.2-square-mile sprawl of warehouses, factories, toxic chemical plants and meat processors that looks like … an industrial wasteland.’ (While it's cleaned up its corruption act, the ‘industrial mess’ persists at sites like the Exide battery recycling plant, which was poisoning neighbors for years and was only shut down recently. Its cleanup will continue for a long while.)” 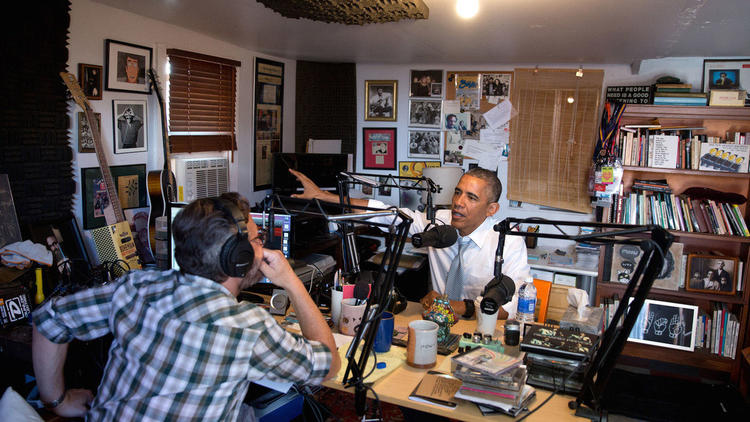 “It might seem a surprising move at first. As an interviewer, Maron can be what a handler might consider inconveniently curious. But Team Obama has always looked for unusual avenues to get its message out — the president went on ‘Between Two Ferns with Zach Galifianakis,’ of all things, to encourage its young demographic to sign up for health care (and handled the ironic tone like a comedy pro). More conventionally, he does the late-night talk shows, which are now just part of the circuit. And Maron, though he is not the season's most celebrated comedian, has an IFC sitcom that bears his name and takes elements from his life; he is doing well, as is his podcast: As Amy Kaufman reported here recently, an episode of ‘WTF’ averages almost half a million downloads. One would expect this latest one to better that number. ‘You're like a big cheese now, man,’ the president himself said encouragingly at the beginning of the episode, having declared himself ‘a big fan.’ ‘You can't pretend like you're some little guy in a garage. You're now big time.’ ‘I don't know how you deal from day to day. I was panicking all morning. I don't imagine you were flying in here on the chopper thinking, like, ‘I am nervous about Marc.’’ ‘No, I wasn’t,’ Obama said, laughing. ‘That would be a problem. If the president was feeling stressed about coming to your garage. For a podcast.’” 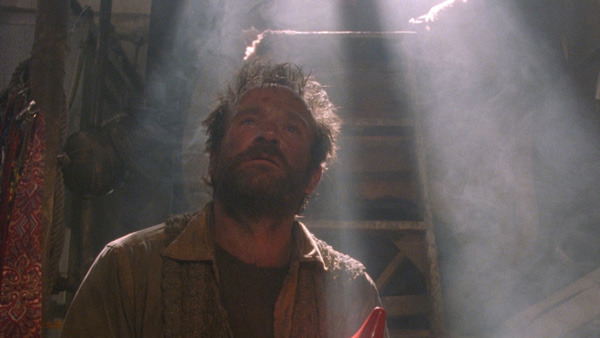 "'The Fisher King': In the Kingdom of the Imperfect": Bilge Ebiri writes beautifully about Terry Gilliam's 1991 classic for Criterion.

“Trauma and kindness. These are the two elements that govern ‘The Fisher King,’ and they’re represented by the two mythical figures that haunt the film. For besides the Red Knight, we also have the Fisher King himself. The fable, which Parry wrote a dissertation on back in his academic days, concerns a king who, in his search for the Holy Grail, has grown old and sick. As he lies dying, he asks for a fool to give him a drink. The fool does so, using a nearby cup that turns out to be the Grail itself, and the king is restored. ‘How can you find that which my brightest and bravest could not?’ he asks, to which the fool replies, ‘I don’t know. I only knew that you were thirsty.’ The king, corrupted by his search for glory, spent his whole life unable to see what the fool, concerned only with helping a fellow human, saw right away. It’s a touching story, and one whose relevance to the tale of Parry and Jack is somewhat oblique, for at different points in the film either of them could be said to represent the fool or the king. But what the story of the Fisher King does is push the film away from that tired question of redemption. Jack initially sees in Parry a chance to save himself and reclaim his former status, which he does in fact do for a time. But ‘The Fisher King’ isn’t a movie about salvation. It’s a film about kindness, love, and friendship in a world that seems to have no place for them.” 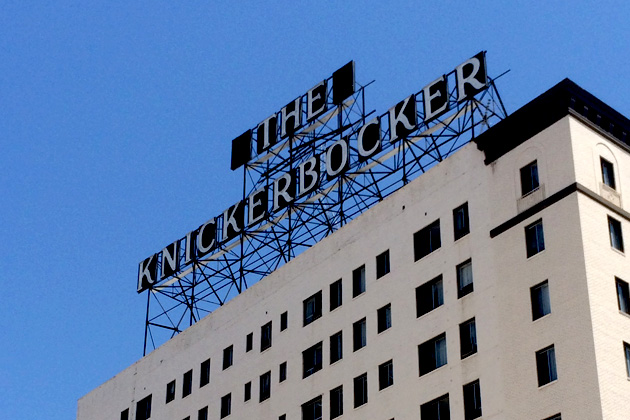 "Off the Boulevard of Broken Dreams: The Knickerbocker Hotel's Haunted History": KCET's Hadley Meares takes a brave stroll through the building's eerie halls.

“I stepped onto the 1700 block of Ivar Avenue on an overcast Sunday afternoon. One block over, across Hollywood Boulevard, the farmers and craftspeople of the Hollywood Famers Market were packing their produce into trucks and vans, as straggling hipsters scrambled to buy one more perfect peach or lavender bundle. But on this side of the street, it was almost deserted, with ample parking and shuttered storefronts. At first glance, the whitewashed Knickerbocker Apartments looks like a thousand other low income apartment buildings for senior citizens in Los Angeles. The famous neon sign on the roof, advertising the Knickerbocker in block letters, was turned off. In front of the building, an elderly woman spoke rapid Russian into a cell phone as she looked frantically down the street, clearly waiting for a ride. A peek into the faded lobby revealed nothing remarkable except an elaborate chandelier, entirely too glamorous for its grim surroundings.No matter how hard you look, there is nothing very remarkable about the Knickerbocker today. On one side of the building is some kind of Russian Banquet Hall, and the day I was there three young men huddled at the entrance, smoking while engaged in weary conversation. There are a couple of businesses -- including a hair salon straight out of the 80s -- that look like they are never open. The building itself appears tired and worn out -- and really who can blame it. For the Knickerbocker's history has been as jammed packed and traumatic as any melodrama made by the city that it calls home.” 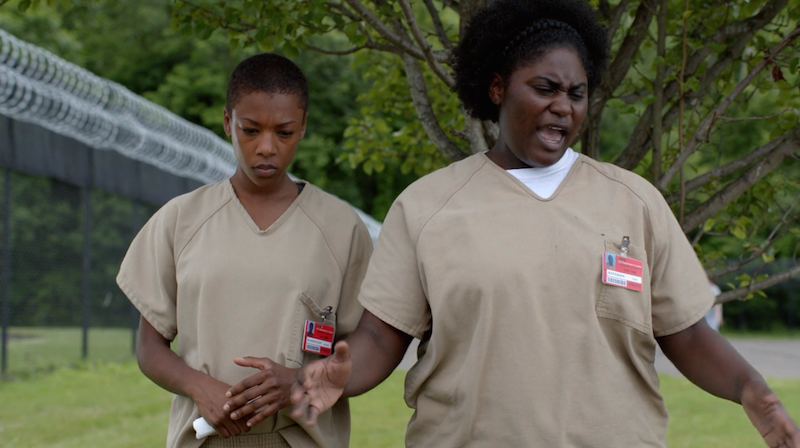 Myles McNutt of Cultural Learnings analyzes of the strange visual texture of a scene on "Orange is the New Black" that appears to have been shot with a green screen.

The soaring themes of late composer James Horner are celebrated in this wonderful tribute video from Nelson Carvajal.