“He was born both mentally handicapped and autistic. He could never fully talk, often yelling and making sounds that often sounded like words. No matter how old he would get, he would continue to have the mind of a four-year-old. Whenever my mother had to go somewhere, it was often my job to stay at home with Daryl and keep an eye on him. My only sibling, Daryl was the epitome of unpredictability. Along with being mentally handicapped and autistic, he suffered from intermittent explosive disorder. He would have instant fits of rage – violent, destructive fits of rage. Many things were smashed and destroyed in my family’s homes because of my brother: windows, plates, TV sets. My family and I had to make sure he was never near anything valuable. But we also had to keep an eye on him because we didn’t know where he would wander off to. As he got older, he began to run off on his own. One Monday afternoon in 1991, he fled the school bus he was on and escaped out the back emergency exit, bolting out into the streets. By the time my family found out about this, he was already laying up in the hospital, resting after getting hit by a car and luckily receiving only minor wounds.”

"Maleficent: beauty and the beast within": Peter Keough of The Boston Globe discusses how recent cinematic origin stories of female villains reflects the misogyny in American culture.

“In this version, according to a recent review in the Globe, Maleficent (played by Angelina Jolie) starts out good. However, bad men despoil her wild domain, so she puts a curse on the king’s daughter, but then has second thoughts, and so on. Sounds like other recent movies that have been trying to have it both ways. Like the prequel ‘Oz the Great and Powerful’ (2013), in which the Wicked Witch of the West begins as an innocent but turns bad when deceived by her evil sister. Or ‘Beautiful Creatures’ (2013), in which a girl who is from a long line of ‘Casters’ (i.e. witches) will determine on her 16th birthday (like Aurora) whether she’ll be drawn to the dark side, like her diabolic sister and mother, or to the light, like her saintly uncle. Or the mother in ‘The Conjuring’ (2013), who wants to kill her children because she’s been possessed by the spirit of a witch who haunts her house. Though initially innocent, these women face damnation for the same reason — deviation from traditional female roles as mates and mothers into an assertion of autonomy. They’re drawn to the ‘dark’ side, and if they can’t exorcise that dark side they’ll suffer the fate of all wicked women before them.” 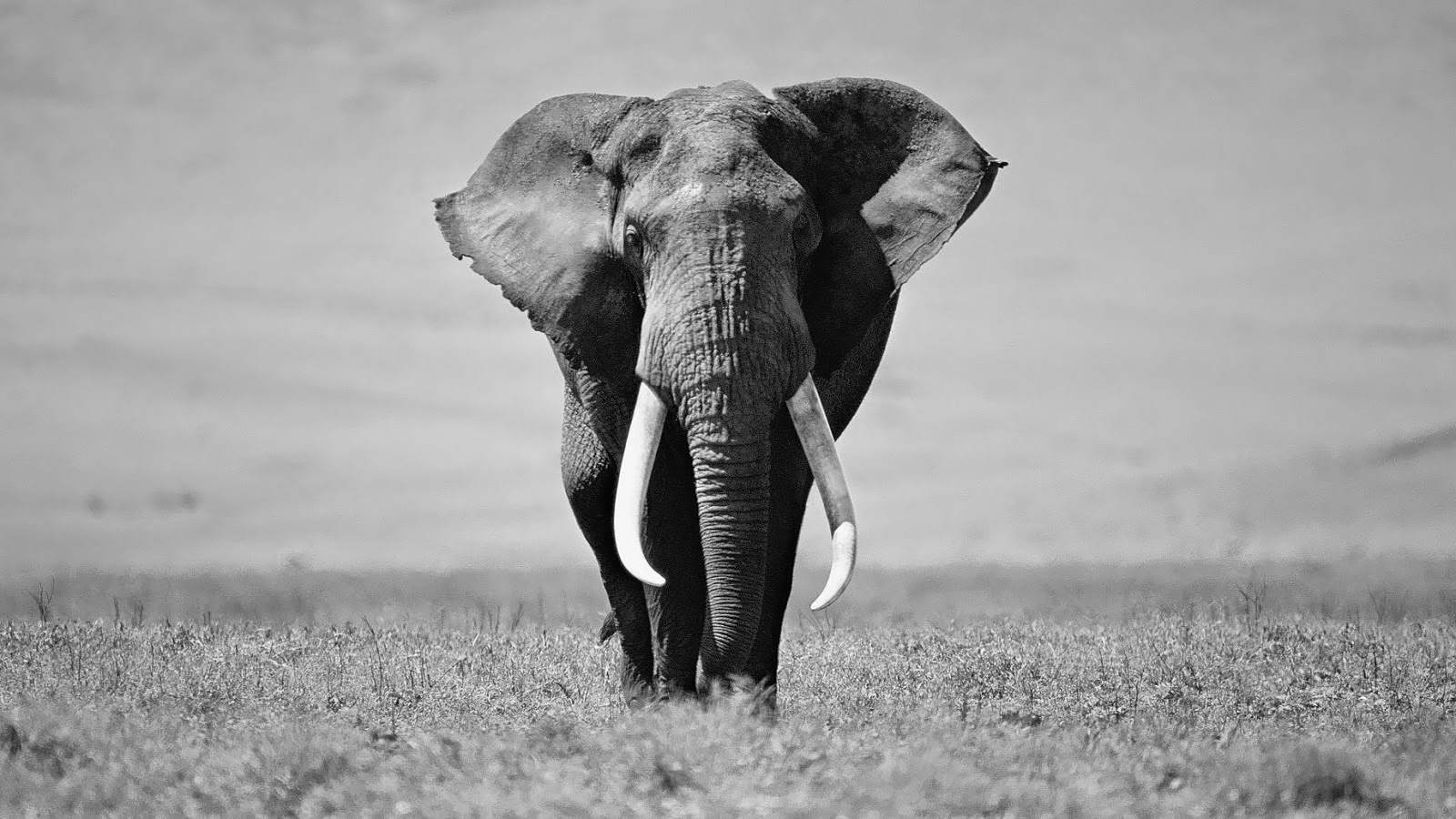 “This points to one of the biggest problems with ‘Americathon,’ which is that is sets up some semblance of traditional plot and character arcs but fails to follow through. A major ‘plot’ point like Chet and Mouling being kidnapped by Hebrab agents is resolved via voiceover in the concluding montage, whatever comedic or thematic value it was supposed to convey unfulfilled. Such sloppiness is not necessarily a great crime in comedy, which can thrive on narrative chaos, but in a film as hard-up for coherent focal points and genuinely inspired situations as that one, it really hurts. What few laughs the film wrings out of its later sections comes from throwaway vignettes, like the kid Chris Broder (Geno Andrews) who sets out to skateboard across America to raise funds, accompanied by his strict father (‘On the fourteenth day, his father finally allowed Chris to stop for lunch’), and arrives to a heroic welcome on the Americathon stage, only to get a slapping and a shove back off by Monty when Chris announces he’s collected the grand total of $32.12.” 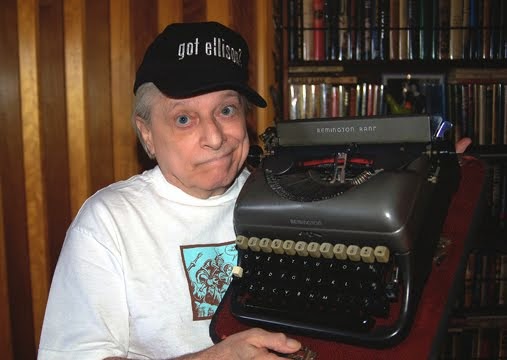 "Harlan Ellison at 80: A Primer": Shlomo Schwartzberg of Critics at Large provides a detailed look at the career of his favorite writer, three-time WGA award-winner Harlan Ellison.

“My favourite writer Harlan Ellison turns 80 today, a milestone for anyone but, in light of his health issues – serious heart problems, necessitating an angioplasty, and recently diagnosed clinical depression – and his general tumultuous existence, perhaps more of an unexpected one for him. He’s not nearly as well known as he should be, despite writing the single best episode of the original Star Trek TV series (‘The City on the Edge of Forever’), but of late he seems to have crept into the mainstream. The Big Bang Theory referenced him recently as the writer ripped off by director James Cameron, who stole the idea for The Terminator from Ellison's script for the Outer Limits episode ‘Soldier’. And, earlier this season, he showed up as his own cranky (animated) self on The Simpsons, dissing the younger generation while in line for a new comic book release. He also wrote a graphic novel last year, Harlan Ellison’s 7 Against Chaos, which generated some buzz and made it to The New York Times bestseller list. And he’s embraced the internet in a way he hasn’t before – he’s famously known for typing out his stories – announcing new projects, including previously unpublished teleplays, on HarlanEllisonBooks.com.” 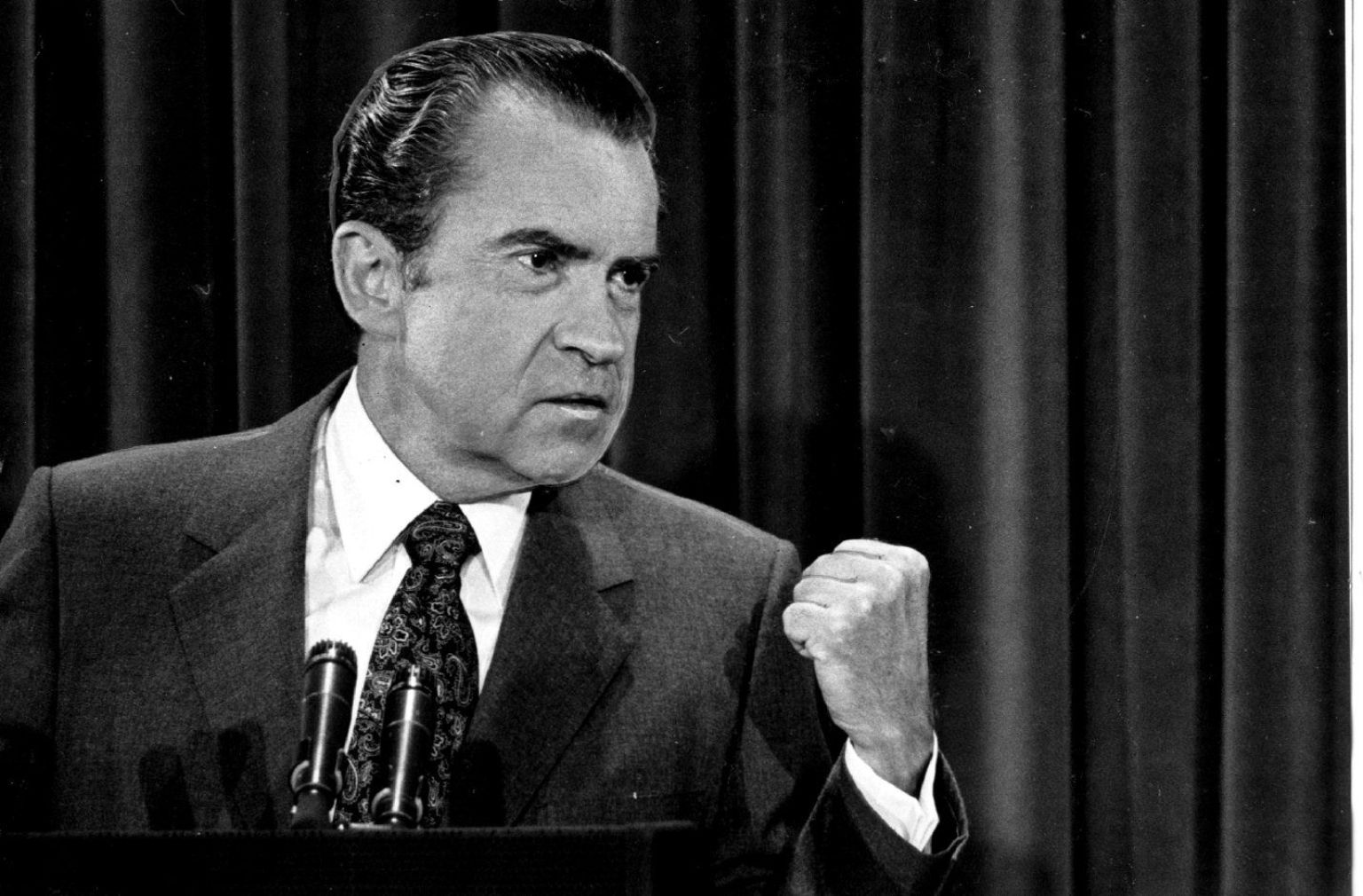 "Perdify Beyond The Gate of Water": Robert Mackenzie pens a kung fu fantasy featuring Richard Nixon for Geek Commissar. The piece was inspired by a Twitter conversation that began on the page of RogerEbert.com Editor-In-Chief, Matt Zoller Seitz.

“Nixon grew wroth. He knew, deep in himself, that he was Sifu-Sai-Sifu. Had he not bested his enemies? Had he not faced the Jackal School using the Checkered Dog style? Had he not thrown down Romney and Rockefeller with his faithful sworn-brother Spiro at his back? Had he not stood astride the Kingdom of Qin like a god? How could he not receive the mandate of Heaven when his stars were so auspicious? Nixon determined that the Fruit of Compassion must be his. He commissioned a wandering band of masterless men, devotees of no style and of all styles, the assassins known as ‘The Creep’, to move in shadow beyond the Gate of Water and obtain the grapes of Heaven’s Garden. Lord Buddha, however, has sight in the most unexpected of places. Praise be to Lord Buddha and his wisdom.” 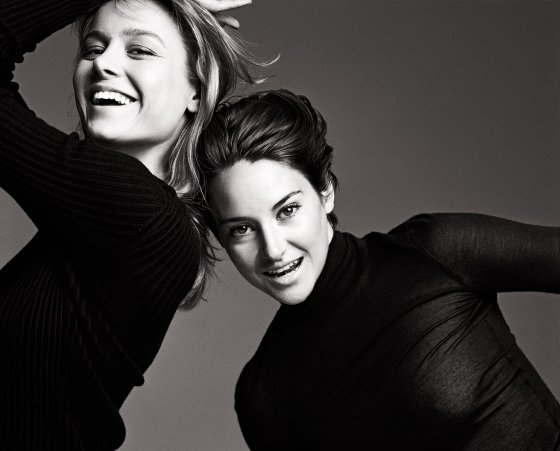 Brie Larson and Shailene Woodley, two of the finest actresses currently working in America, have an in-depth conversation about "conquering Hollywood and fixing it" with Vulture's Lynn Hirschberg.