“There was much hoopla at the Venice Film Festival as Hana Makhmalbaf became the youngest filmmaker ever to compete there with ‘Joy Of Madness,’ a film she made at age 14, but Emily Hagins made her zombie movie ‘Pathogen’ when she was just 12 years old, which led to her being the subject of the documentary ‘Zombie Girl: The Movie.’ Reportedly a regular filmgoer at Austin’s famous Alamo Drafthouse cinema, Hagins’ first big breakthrough was when her third film ‘My Sucky Teen Romance’ played at SXSW Film Festival, gaining very decent press coverage, mostly due to her age (she was 17 then). But the real reason why everyone should watch out for her is the film she made after that, ‘Grow Up, Tony Phillips,’ a very funny and sweet coming of age film that’s a gigantic leap in every single aspect for her. Gone are the mannered and sometimes awkward acting of ‘My Sucky Teen Romance’ replaced by the kind of wisdom and good humor that one wouldn’t have expected from a film by a 19 year old. Showing steadily good progress with every film and with her fourth film being this good, the future definitely looks bright for her.” 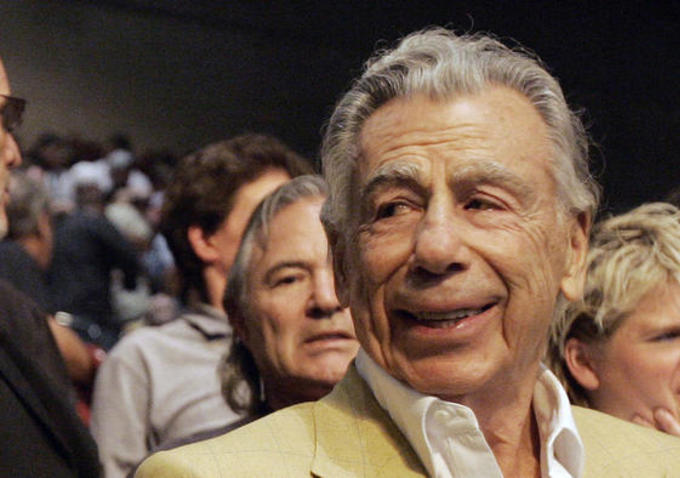 "RIP Kirk Kerkorian: The Man Who Killed MGM and UA": Indiewire's Anne Thompson eulogizes the man with a helpful timeline.

“Kirk Kerkorian, the Tracinda Corp. owner and aircraft and real estate mogul who founded Las Vegas' first mega-resort, the MGM Grand Hotel, died at age 98 at his Beverly Hills home on Monday June 15. He used his Hollywood contacts, from Frank Sinatra and Elvis Presley to Barbra Streisand, to bring stars to the Las Vegas Strip. And over the decades he acquired and divested himself of various versions of MGM and United Artists, stripping them of their potency until they were slivers of their former selves. […] [In 2004,] Kerkorian sold MGM to an investment group led by Sony Corp. It was no longer an independent studio. He kept a 55% stake in MGM Mirage. But MGM and United Artists had shriveled from their former major distribution and production status down to libraries and real estate entities weighed down by debt. Under his leadership the executives running the studios ranged from mediocre to competent (David Begelman, Freddie Fields, Jerry Weintraub, Frank Yablans and Alan Ladd Jr.) and the movies they released were less than stellar. Kerkorian was mostly focused on capitalizing on licensing the studio’s library to TV networks and distributing videos and DVDs.” 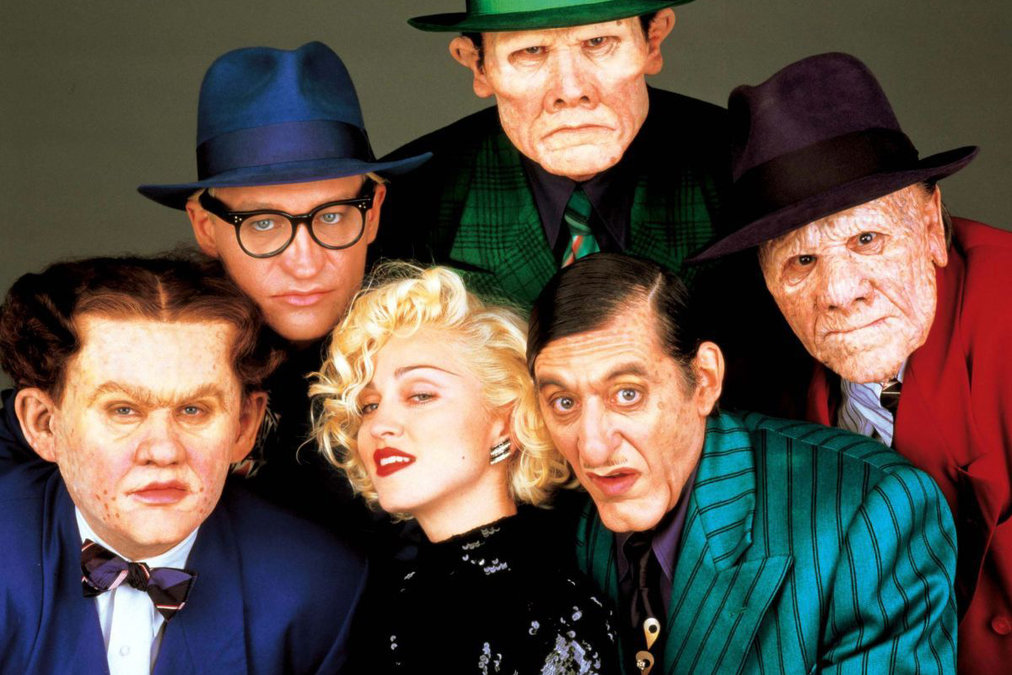 “‘My idea was we should use primary colors that were completely against another primary color,’ [Storaro] says, calling from his home in Rome. ‘We didn't need any subtly, any penumbra. We needed something very straight. So red had to be against cyan. Magenta had to be against green. Yellow had to be against blue. We had to create a world where the color spectrum is divided.’He first presented the idea in a meeting with Beatty, costume designer Milena Canonero (last year's Oscar winner for ‘The Grand Budapest Hotel’) and production designer Dean Tavoularis, who was originally set to work on the film before being whisked away for longtime collaborator Francis Ford Coppola's ‘New York Stories’ segment. And his colleagues loved it. ‘The good side would be red, connected with The Kid, because it's the first color on the spectrum,’ Storaro explains. ‘Orange would be the color of female, connected with Tess. And yellow could be connected with Dick Tracy. Yellow is the color of the sun, the one who is going to light the darkness. On the other side we have Fletcher, the judge, which is green — which is in the middle [of the spectrum]; sometimes he's on the good side, sometimes he's on the bad side. Blue had to be the opposite of the complimentary of Dick Tracy, which is 'Big Boy' Caprice. So when we put them together, they have to be the complete opposite. And Breathless had to belong at the end of the color spectrum. That was the principle idea.’” 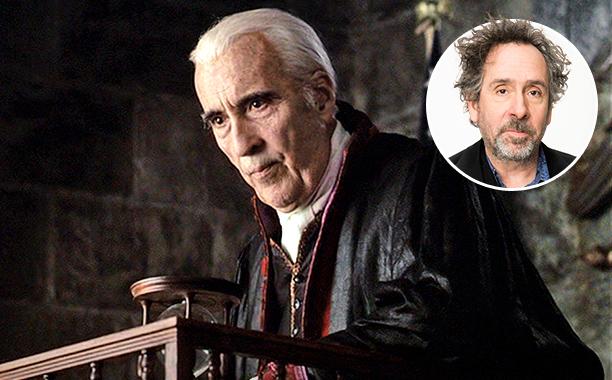 “‘What about Christopher Lee?’ I suggested. We were putting together ‘Sleepy Hollow’ back in 1998, and I mentioned to the studio that we had the small part of a judge left to cast. They said, ‘Oh …he’s dead.’ I remember thinking, What? I grew up with him my whole life. I would have heard… It’s funny how this dead man then went on to do the ‘Star Wars’ prequels and ‘The Lord of the Rings’ movies and dozens of other films over the next decade and a half. I first met him at the Dorchester Hotel in London before ‘Sleepy Hollow.’ He sat down and two hours went by in a second. He had such a presence, I felt like I was hallucinating. I thought, ‘Man, I’ve been hypnotized by Dracula!’ He would tell me a story about when he was in World War II and then a story about 007 author Ian Fleming, then one about playing golf with Hervé Villechaize [his co-star from ‘The Man With The Golden Gun.’] He experienced everything, and remained positive and interested and creative all the way through. It’s interesting to grow up watching somebody who has an intimidating presence but then in real life they’re warm, giving, and not very jaded. Like a lot of people, I grew up with his Hammer horror films, and probably some of his least favorites are some of my favorites, like ‘Dracula A.D. 1972.’ I love that movie!” 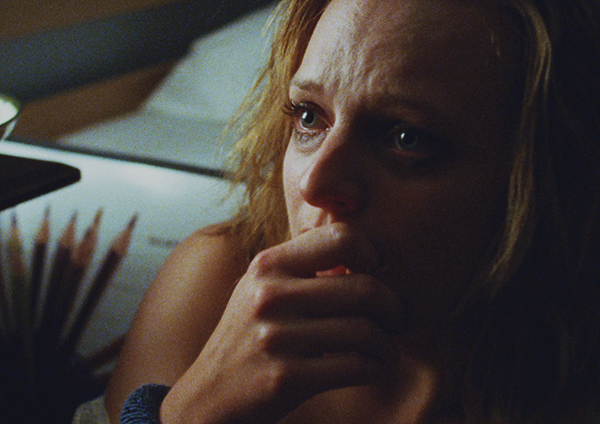 “The friendship between Catherine (Elisabeth Moss) and Virginia (Katherine Waterston) is beset by an even more fraught, if quieter, push-pull dynamic in Alex Ross Perry’s ‘Queen of Earth,’ the festival’s centerpiece. A besotted yet spiky homage to New Hollywood exemplars of female unraveling, like Robert Altman’s ‘Images’ (1972) and Woody Allen’s ‘Interiors’ (1979), Perry’s movie opens with a tight close-up of Moss’s teary, mascara-smeared face as her character demands of her off-screen, soon-to-be-ex-boyfriend, ‘Why are you doing this to me?’ Though never articulated again, the query becomes the film’s theme: Nearly all conversations between Catherine and Virginia are poisoned by simmering hurts and resentments. That these increasingly dark, aggrieved exchanges take place amid the effulgent glory of the Hudson Valley, where Catherine retreats after her breakup—and her father’s death—to spend a few weeks in the airy country home owned by Virginia’s parents (and where the two engaged in more passive-aggressive banter the summer prior, a time smoothly rendered in flashback), only heightens the dread of this domestic horror story. Although these acts of psychic sabotage can occasionally seem strained and overwritten, the lead actresses are always fascinating to watch: Moss, in her second film with Perry after last year’s ‘Listen Up Philip,’ mines the odd humor in her character’s mental disintegration, and Waterston, last seen in Paul Thomas Anderson’s 1970-set ‘Inherent Vice,’ has an uncanny ability to appear at once an of-this-moment performer and a throwback to American cinema of forty years ago.” 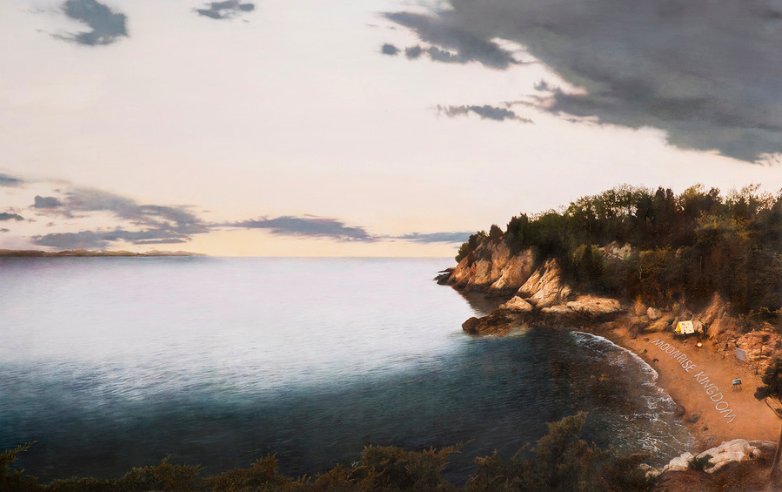 Creating a video tribute to fathers in cinema so soon after the death of one's own father would likely be too difficult a task for most filmmakers. Nelson Carvajal is not one of them. His latest essay is among his very best.