"Through a Glass, Darkly: 'The Lady from Shanghai' and the Legend of Orson Welles": Grantland's Brian Phillips writes a great essay on the incomparable genius.

“Isn’t there something faintly preposterous, now, about the idea of genius? And especially about the kind of overblown, masculine, 20th-century variety of genius represented by Welles? ‘What does it matter what you say about people?’ Marlene Dietrich not quite asks at the end of 1958’s ‘Touch of Evil,’ as she turns away from Welles’s bloated corpse; it’s easy to look back on his life now and think, Well, what does it? Go back to the work, though, and you’ll see it — what a wild improvisation it was, what a dark carnival. This was an artist, after all, who was the voice of the Shadow in the late 1930s (‘Who knows what evil lurks in the hearts of men?’) and the voice of Unicron, the devouring planet from the animated ‘Transformers’ movie, released in 1986. His course wasn’t set by some pre-worked narrative; it was set by contingency, by his attempt to live out the myth of himself through catastrophe and chance. (In American history, maybe no artist has been more devoted to his own myth or more diligent in generating events that would undermine it.) It was a performance that produced gorgeous, disturbing visions: faces lit from strange angles; shadowed backgrounds falling away into deep-focus, lushly saturated black and white. It also broke the border between life and art in a way that the official Welles legend tends to miss. Welles’s legacy isn’t a series of hermetically sealed masterpieces lost to studio meddling. It’s everything, all of it, the transfigured bedlam of his whole unsealed existence.” 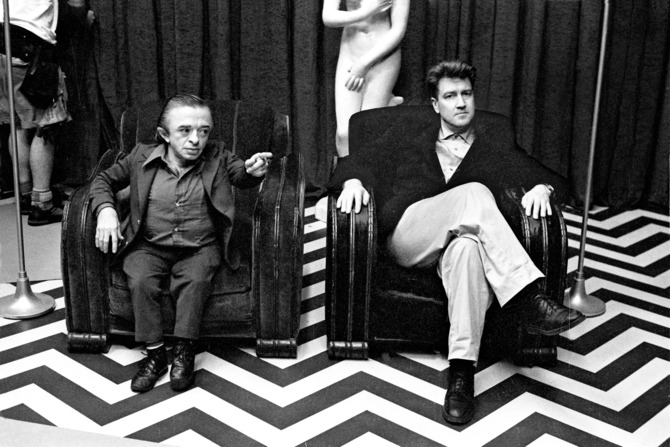 “[Seitz:] I thought of ‘Twin Peaks’ many times while watching ‘The Sopranos,’ but never more so than that shot in season six of that very slow pan across the trees against the sky, with the branches blowing in the wind. [Chase:] ‘I’d be very apt to say that shot was probably influenced by ‘Twin Peaks,’ because I really did like that image. It was particular to ‘The Sopranos,’ though, because of that one line we use in that season, the Ojibwe saying: ‘Sometimes I go about in pity for myself, and all the while, a great wind carries me across the sky.’ [Seitz:] I often sensed a kinship between ‘Sopranos’ and ‘Twin Peaks’ dream sequences. Like with the talking fish at the end of ‘Sopranos’ season two: It seemed like part of a tradition that includes not just Lynch but filmmakers like Luis Buñuel, who was a big influence on Lynch. [Chase:] I would describe them both as surrealists, although they’re different artists. I wouldn’t say we labored under their influence on ‘The Sopranos,’ because the function of the dreams on our show was a little bit different. Tony Soprano was seeing a psychologist. The dreams were supposed to be interpretable. I don’t think David Lynch’s dreams were like that at all. You have to remember, our main character is in therapy, and a big part of that is him talking about his dreams and fantasies with Dr. Melfi. The idea was to take what is mysterious and make it revelatory and pertinent. The dreams on our show were meant to be interpreted. But sometimes dreams were carrying the plot for us.” 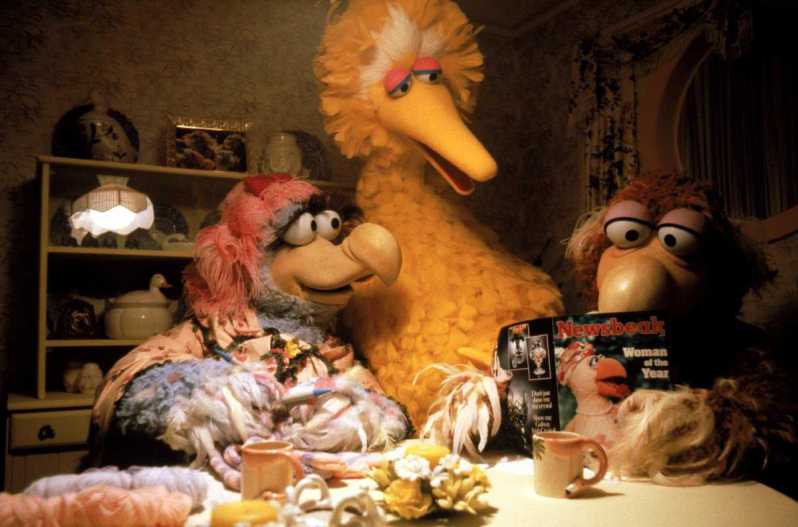 “Director Ken Kwapis shoots his avian star as if he were human, never once fearing any cracks in our suspension of disbelief. He bestows upon Big Bird the kinds of close-ups Lillian Gish invented, and one swears that there really is something going on behind those fake Muppet eyes, something alive and relatable. Such is the genius of Jim Henson’s creations. I have always accepted them as sentient beings, even in their worst movies. It’s impossible for me to lose the nostalgia I have for them, nor for Sesame Street. ‘Follow That Bird’ plays into those feelings in major ways. For starters, the humans who inhabit Sesame Street look exactly as they did when I was a kid. That was even more jarring than seeing the 2015 version of Luis.Until Elmo took his title, Big Bird was the show’s symbol of childhood innocence. Elmo’s current reign of terror is foreshadowed by a silent appearance in a window of 123 Sesame Street at the end of ‘Follow That Bird.’ But before Elmo channels his inner Eve Harrington, we’ll spend 88 minutes basking in Big Bird’s childlike wonder. For most of his debut feature, Big Bird is trying to find his way home, which means he will at some point ask the most famous question in all of TV land: ‘Can you  tell me how to get to Sesame Street?’” 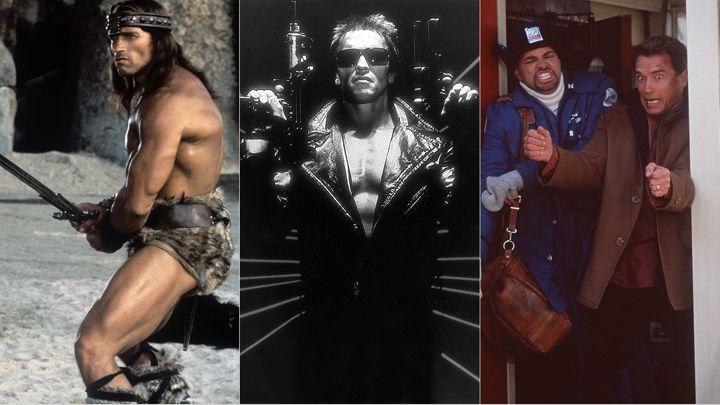 "The 'Ahnuld' Index: How Schwarzenegger's Movies Stack Up": A fun list from Bilge Ebiri at Rolling Stone.

“Arnold Schwarzenegger's latest film ‘Maggie’ opens this weekend, and it may feature his least characteristic role to date: The former ‘Austrian Oak’ plays a mourning father who watches his teenage daughter slowly succumbing to a fatal zombie virus. No quips, no action sequences featuring him mowing down hundreds of people, not even any real gore – it's a radical departure, even for an actor who has been known to play against type from time to time. In short, it’s an Arnold film with very little Ahnuld-ness in it. Hardcore fans can rest easy, though. In two months, the former Governator will be back in his most iconic role — a T-800 robot — in the latest installment of the venerable man-versus-machine franchise, ‘Terminator: Genisys.’ That means this year will probably have seen at least two films from Schwarzenegger: one featuring his least typical role, and one featuring his most typical one. And that makes this the perfect time to look over the bodybuilding champion-cum-action movie superstar's career, and assess what makes some of his films so essentially…his. Here are 15 of Arnold's movies — some good, some bad, a few quite ugly — rated according to their abundance (or lack) of Ahnuld-osity.” 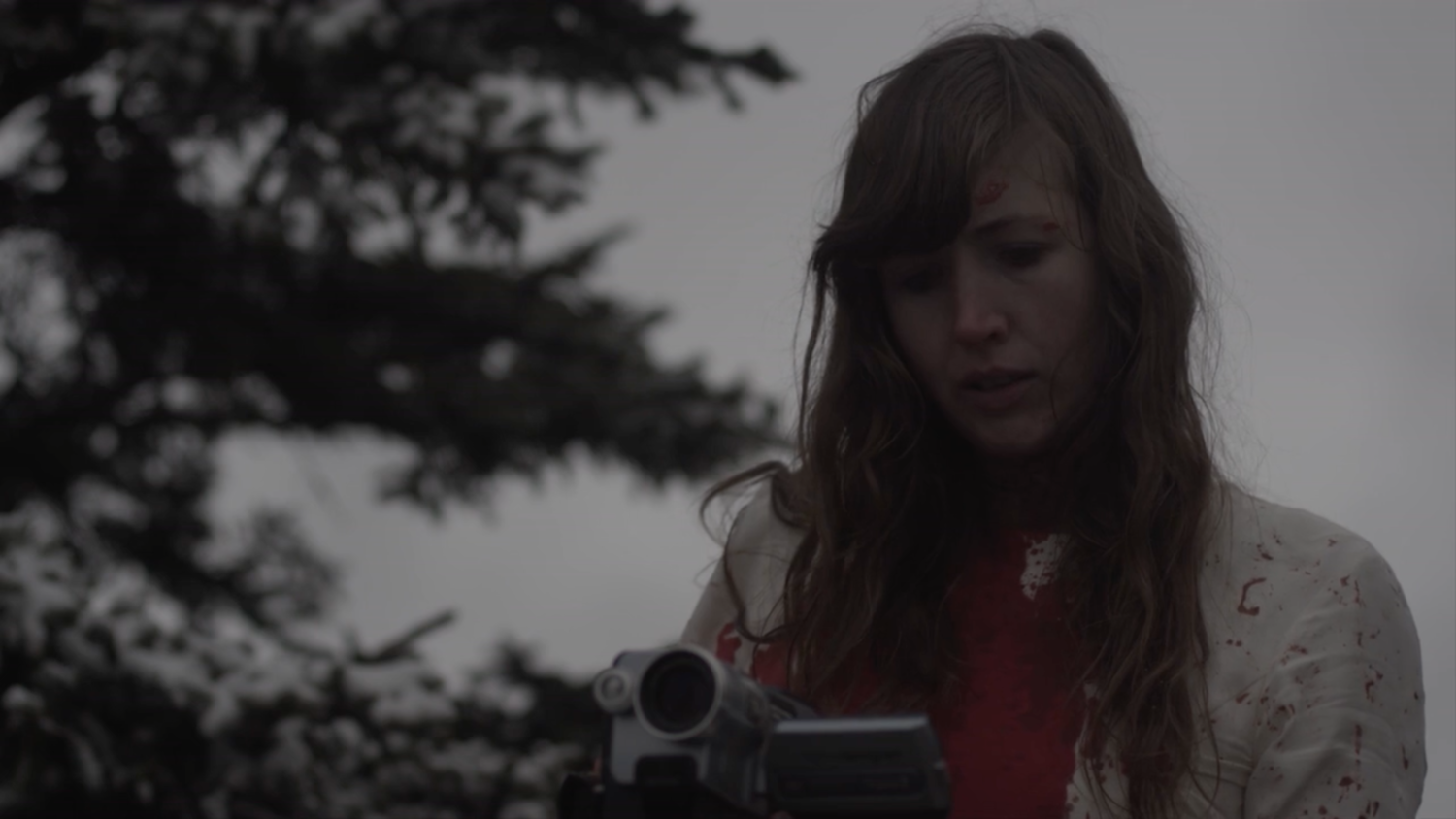 "Maryland FF '15: Director Robert Barnett on 'Tears of God,' the cult of America and the Devil's pop music": Michael Ewins of Vérité Magazine chats with the terrific indie filmmaker.

“The charred soil upon which blood cults mutated into the first religions, forests in the movies have remained untouched by the shrouded forces of ‘progress’ and enlightenment, able to reanimate fears and superstitions thought to be long vanquished. Ever since ‘The Blair Witch Project,’ the horror genre has become obsessed with this idea, inviting ‘progress’ into the forest in the form of digital cameras, whose cold objectivity can supposedly explain away rumoured horrors of ghouls and monsters. This uniquely new-world viewpoint is part of the modern cult of ‘rational’, so what can it mean when the camera’s gaze falls upon the old-world monster, as it always does? And why is the footage always ‘found’, implying that, whether they knew it or not, these 'real' people were complicit in the act of filmmaking? ‘Tears Of God’ is a new horror film from writer-director Robert Barnett, and buried into its narrative about a bereaved daughter (Kate Lyn Sheil) attempting to resurrect her father, and challenging the forces of a community beset by demons, is a metafiction on how and why we are seeing these images. It opens with a head-on shot of a camera, found in the forest by a cult member who begins auditioning other women for a film we never see. Her obsession with filmmaking poses a blacky funny counterpoint to Father Sam (Samuel Herring) hysterically prophesising the end of days from an abandoned, decrepit cinema, while in one unforgettable moment a woman performs ‘The Exorcist’’s spider walk on a yellow brick road, and several allusions to the demonic masterpiece ‘Possession’ suggest that Barnett is beckoning the call to classic status in the lo-fi circle of cinema hell.” 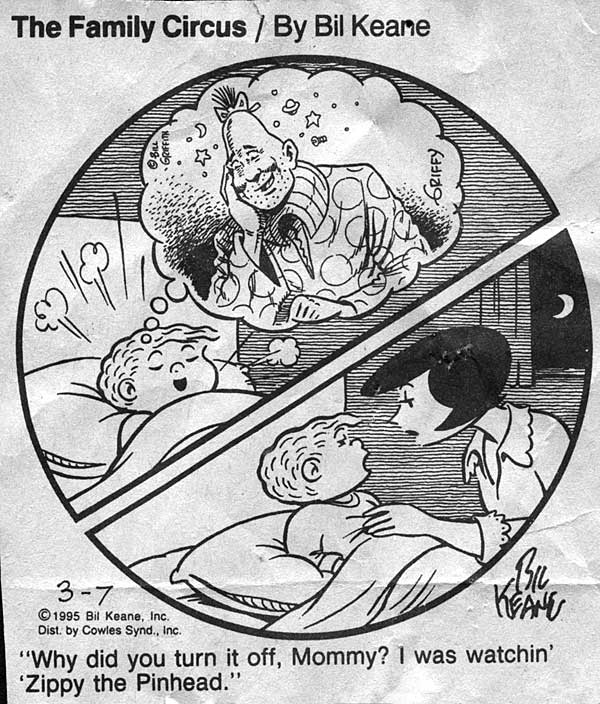 Eugene Kotlyarenko's acclaimed comedy, "A Wonderful Cloud," is screening at festivals around the country (check its Facebook page for details).