“Both Paparelli and his theater company — the two were inseparable — were at their creative peak. During Paparelli's seven-year tenure, ATC produced a slew of highly regarded world premieres, including that of Ayad Akhtar's ‘Disgraced’ which moved to Broadway and went on to win the Pulitzer Prize for drama. In an interview with the Tribune just prior to Paparelli's death, Akhtar spoke at length of his ‘deep gratitude’ to Paparelli for his early sponsorship of the play that changed Akhtar's life, and of his friend's ‘incredible talent.’ Other shows in the string of notable Paparelli productions at ATC included the world premiere of the Greg Kotis and Mark Hollmann musical ‘Yeast Nation (the triumph of life)’ and, in another high-profile event, ‘The Original Grease,’ a collaboration with the Chicago-born writer Jim Jacobs that restored the original Chicago scripts and songs to the beloved musical originally set among the working-class teenagers of Chicago's Northwest Side. But Paparelli's most intense love was documentary theater that explored socially provocative issues from many sides. These works included the well-known co-creation with Stephen Karam of ‘Columbinus,’ a piece that looked at the myriad issues raised by the shootings at Columbine High School in Littleton, Colo., and that took Paparelli and his collaborators more than four years to create. They would return to the work in 2013, crafting a new third act that premiered at American Theater Company and only increased the power and timeliness of the show's exploration of gun violence in America.” 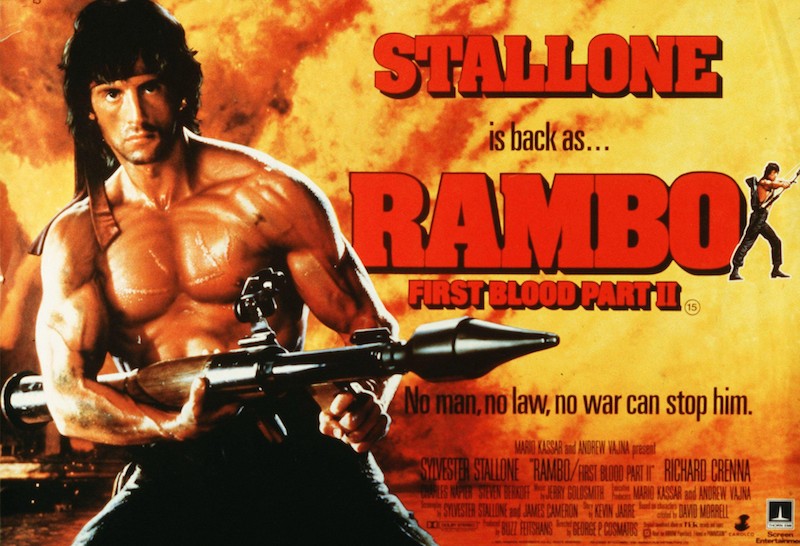 "'Rambo: First Blood Part II' Was The 'American Sniper' Of Its Day": According to Scott Mendelson of Forbes.

“The film was received as something of a fantastical ‘what-if’ scenario, operating under the notion that the Vietnam War was lost because the US government wouldn’t allow one-man-armies like John Rambo to do what they were trained to do. So this time, John Rambo, and by proxy the American public, got to re-fight the Vietnam war and win a certain measure of victory and thus national pride. Like ‘American Sniper,’ the picture touched a national nerve and was a ridiculously big hit. The film earned $32 million over its Wed-Mon Memorial Day weekend debut, including $20m in the Fri-Sun portion back when that was one of the biggest debut weekends of all-time behind ‘Return of the Jedi’ ($22.9m) and ‘Indiana Jones and the Temple of Doom’ ($25m) over the same holiday frame. The picture received somewhat negative reviews, although both Gene Siskel and Roger Ebert gave it a proverbial ‘thumbs up’ and audiences didn’t care one lick about reviews. The film turned John Rambo into a defining pop-culture icon, making ‘Rambo’ both a noun and a verb for ‘toughest of tough guys’ in pop culture vocabulary. The picture eventually earned $300 million worldwide ($150m in America, $150m overseas) back when that put the film among the top twenty biggest-grossing movies ever here and abroad (not accounting for inflation of course).” 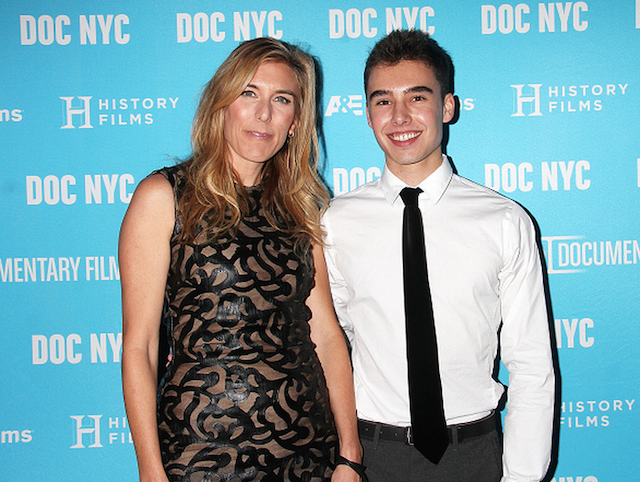 “‘An Open Secret,’ directed by Amy Berg, is a disturbing investigation into the sexual abuse of children in the entertainment industry, and bills itself as ‘the movie Hollywood doesn't want you to see.’ It comes out in select theaters on June 5, but also had a screening at Cannes, the Associated Press reports. The documentary had some trouble securing distributors and underwent numerous cut to avoid potential lawsuits, according to The Guardian. The film previously screened in New York City late last year. The film consists largely of men talking about how they were allegedly abused as children or teens by men in the entertainment industry while pursing careers in acting or modeling. The men use their real names and frankly discuss what happened to them and how they later struggled to overcome the devastating effects of the abuse. The film is careful not to hurl any allegations at men who have not been convicted of abuse. Some of the victims interviewed talk about parties they attended where they were given access to drugs and booze, then abused by the men who attended. One of the men interviewed was Michael Egan, who accused ‘X-Men’ director Bryan Singer of abuse in 2014. Those allegations have since been dropped, and the film does not accuse Singer of any misconduct. It does, however, mention him as an acquaintance of convicted sex offender Marc Collins-Rector.” 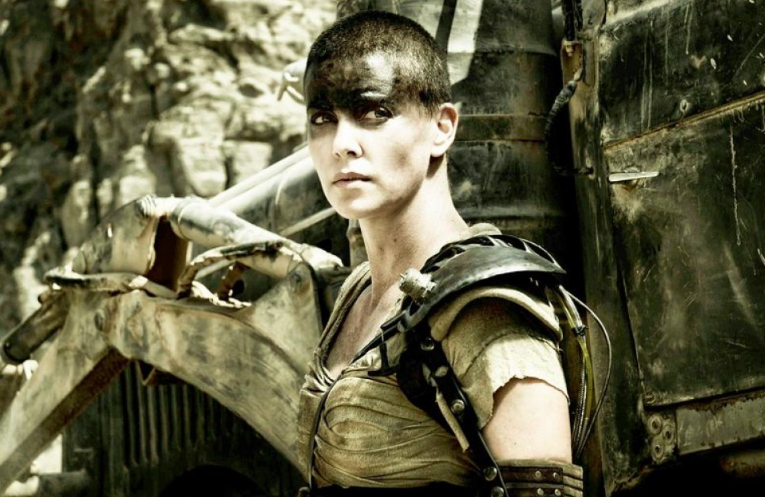 "'Mad Max: Fury Road,' as reviewed by my 70-year-old mother-in-law": An amusing piece posted by Scott Wampler of Birth.Movies.Death.

“Old women were treated very respectfully in this film. I liked that too. They weren’t ridiculed at all, they played important and strong roles, nurturing yet powerful. I don’t understand what those men Men’s Rights Activists are saying about Mad Max; that’s ridiculous. They should be proud at the way men were portrayed in this film. Max acted like a true man, he showed courage and strength. He held men’s standards very well, came in there like a true man and helped those in need. And they’re angry about the theme of men destroying the world and starting wars compared to women nurturing and rebuilding it, but that’s just a reality. But women still need men, no matter what the feminists say. Max helped Furiosa; he saved her life more than once and he also had the idea to go back to the citadel, an idea of hope. I think they are co-heroes, she saved him and he saved her, they needed each other. I don’t understand those women who say they don’t need men. But it was good to have a hero be a woman, and a woman who was handicapped, too. She obviously had a hard life, lost her arm, and she still had hope. She was a good person and was making a great sacrifice to save those women. She wanted to take them to the Green Place, even though it might get her killed. She was empathic. She realized those women needed to be saved.” 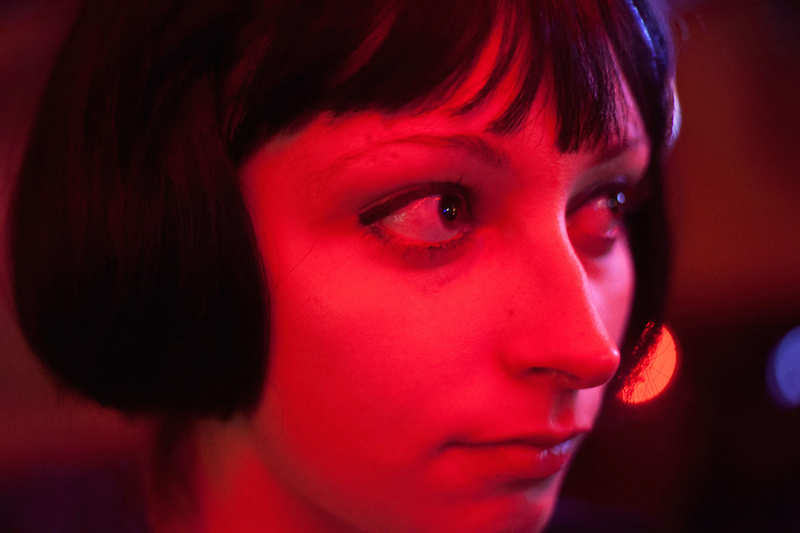 "The Star on the Sidewalk": Vulture's Amy Larocca explores how Arielle Holmes "went from addict to actress."

“Holmes is also about as unlike the rest of the ambitious young women of Hollywood as she could be. In and out of the coffee shop they go, with their muscular arms and yoga mats and thick, glossy hair and the confidence of having been the best-looking people in the places where they are from. It’s a city of former prom queens and mean girls, and into it walks Holmes, whose hands still shake unless she’s smoking. She is thin but without the dewdrop glisten that usually accompanies the recently anointed. Her paleness still carries the pallor of malnutrition that accompanied years of neglect, drug use, and other kinds of abuse at the hands of her mother, her boyfriend, and many other people. She dresses in street-kid clothes, a style unchanged for at least 20 years: short cutoffs, flannel shirt, sheer black stockings laddered with intentional runs, Doc Martens boots. She doesn’t like the haircut she got for the movie — a severe, peroxided Mohawk — but it does complete the look. It’s only been 18 months since ‘Heaven Knows What’ was shot, and Holmes finds herself in a radically different life. She moved into an apartment near Amoeba Music and the Scientology Center in Los Angeles with Caleb Landry Jones, the actor who played Ilya in the movie. Jones was in Teen Vogue’s ‘Young Hollywood’ issue and appeared in ‘No Country for Old Men’ and ‘X-Men: First Class.’ It’s also only been 18 months since Holmes started feeling the first throes of withdrawal symptoms, as she finished her voice-overs and waited to leave for rehab.” 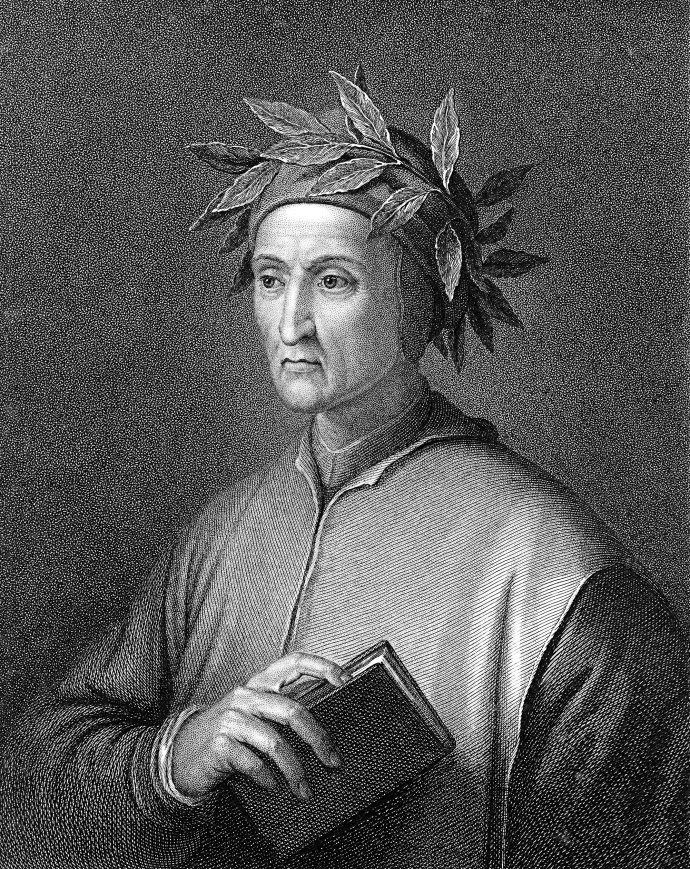 A very funny flashback to Gene Siskel and Roger Ebert participating in a 1996 sketch with David Letterman.