"Tilda Swinton Is Not Quite of This World": The always eccentric and lovely Tilda Swinton was recently profiled by Carl Swanson at Vulture.

"It was well before eight on a Thursday in March, and onstage at Joe’s Pub, ­cocktail in hand and wearing a pleated ­lavender dress, was Justin Vivian Bond, the post-gender cabaret performer and a good friend to the better known. “When I was younger, I never drank gin, because it would make me mean,” Bond drawled. “But now I’m older and I can’t tell the difference.” Earlier, Bond had joked about how a performance at that twilight hour at Joe’s Pub is a “matinée,” and swung into what seemed to be the ­evening’s theme song about “night ­people”: “Before the sun, can spoil the fun … we’re night people.” Then Tilda Swinton walked in, perhaps the ultimate night-­people hero. She was, in fact, a bit late, coming from a taping of Late Night With Seth Meyers, where she was promoting a vampire movie, a very stylish one, Only Lovers Left Alive, which the director Jim Jarmusch had made with her and in some ways about her. Or about the two of them, since the movie is a portrait of an ageless haute-bohème pair who live in a perpetual state of artistic and philosophical vanguard glamour." 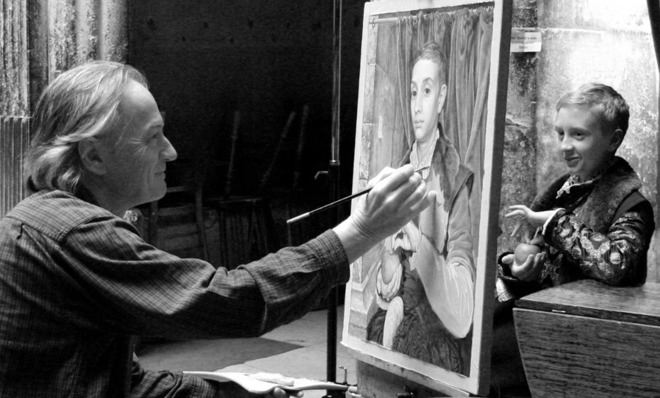 "The Untold Story Behind The Grand Budapest's 'Boy With Apple'": The Week's entertainment editor Scott Meslow has dug up a little backstory for the "Boy With Apple" painting seen in Wes Anderson's latest film.

"In reality, "Boy with Apple" isn't a centuries-old masterpiece by a Czech painter. It was created just two years ago by the acclaimed English painter Michael Taylor. Fortunately, the real-life origin story of "Boy with Apple" is just as interesting as the one presented in The Grand Budapest Hotel.

To get the full story on "Boy with Apple," The Week reached out to Michael Taylor and Ed Munro, the boy who served as the model for the painting. Their combined recollections offer a complete portrait of one of the most memorable MacGuffins in recent movie history." 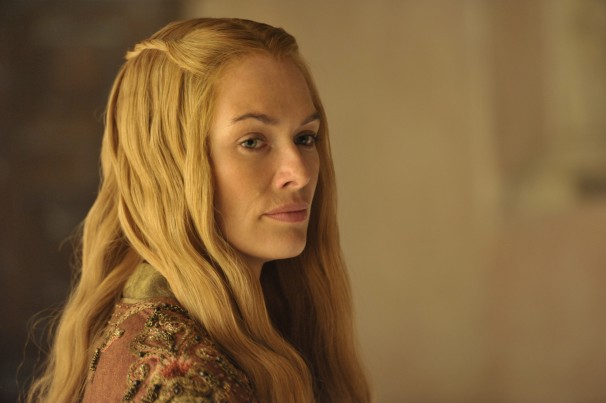 "From Washington to Westeros, How Rape Plays Out on TV": At The Washington Post culture reporter Alyssa Rosenberg discusses the way rape is depicted on contemporary television. Related: "Nymphomaniac and "Grey Rape" in Entertainment" by Dan Schindel at Movie Mezzanine.

"It happened on her wedding night. On an ordinary afternoon at home. On her way back from an errand. On the floor of her boss’s office, in the gym where she was training for an assignment, in the parking garage where she left her car after work. The man who raped her was her husband. Her father-in-law. Her college sweetheart. Her name is Cersei Lannister. Claire Underwood. Skyler White. Gemma Teller Morrow. Jennifer Melfi. Joan Holloway. Elizabeth Jennings. Mellie Grant."

"The Pernicious Rise of Poptimism": A new form of music criticism has emerged and taken over, claims Saul Austerlitz at The New York Times. Related: "Why I Hate The National" by Carl Wilson at Slate.

"The reigning style of music criticism today is called “poptimism,” or “popism,” and it comes complete with a series of trap doors through which the unsuspecting skeptic may tumble. Prefer Queens of the Stone Age to Rihanna? Perhaps you are a “rockist,” still salivating over your old Led Zeppelin records and insisting that no musical performer not equipped with a serious case of self-seriousness and, probably, a guitar, bass and drums is worthy of consideration. Find Lady Gaga’s bargain basement David Bowie routine a snooze? You, my friend, are fatally out of touch with the mainstream, with the pop idols of the present. You are, in short, an old person. Contemporary music criticism is a minefield rife with nasty, ad hominem attacks, and the most popular target, in recent years, has been those professing inadequate fealty to pop." 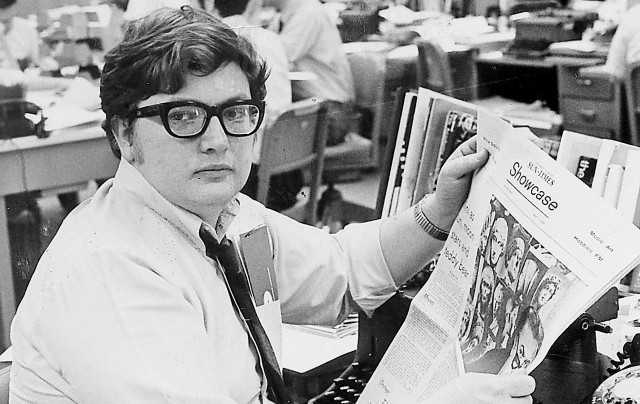 "A Voice from Beyond the Grave": James Berardinelli at ReelViews reflects on the legacy of Roger Ebert, a year after he left us. See also: "Op-ed: Remembering Roger Ebert" by Matt Singer at The Dissolve.

"Roger Ebert died a year ago today. Many of his words - thousands upon thousands of them, in fact - have been carefully maintained. His wife and those who care for his legacy have gone to great trouble to make sure they are available to anyone who wants to read them. Some 10,000 reviews and hundreds of blog entries are accessible. You can go to www.rogerebert.com and spend hours upon hours getting lost in that prose. The voice rings as loudly and clearly as ever. The only thing missing is new material. Roger's final blog entry, "A Leave of Presence," was posted on April 3, 2013. His final review, for Terence Malick's To the Wonder, was published two days after his death, on April 6, 2013. Since then, there has been only silence." 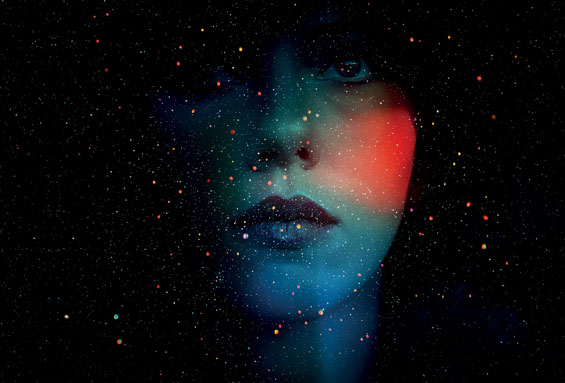 A poster of Jonathan Glazer's Under the Skin. Read Matt Zoller Seitz's review at RogerEbert.com.