"The Nerd Hunter": The New Yorker's Stephen Rodrick explores how casting director Allison Jones is "reshaping American comedy, one misfit at a time."

“Jones began her career with the two-beats-and-a-punch-line sitcoms of the nineteen-eighties, but, in working with Feig and the director Judd Apatow, she was required to try something revolutionary: find comedic actors who, more than just delivering jokes, could improvise and riff on their lines, creating something altogether different from what was on the page. In the process, Jones has helped give rise to a new kind of American comedy. In 1999, she cast Seth Rogen, James Franco, and Jason Segel in the critically acclaimed, poorly watched teen series ‘Freaks and Geeks.’ The show, created and written by Feig and produced by Apatow, was a coming-of-age story set in the suburban Michigan of Feig’s youth. Jones won the show’s only Emmy, for her casting. Several years later, she met with a young, sweaty Jonah Hill, who was desperate for an introduction to Apatow. She told Apatow that Hill was weird and hilarious. That sufficed; Apatow expanded a cameo part for Hill in ‘The 40-Year-Old Virgin,’ as an odd but lovable eBay customer. Two years later, Hill was cast with Michael Cera in ‘Superbad,’ a raunchy teen comedy that Apatow produced. It was left to Jones to find their nerdier-than-thou friend McLovin. Jones posted notices seeking high-school students in L.A. After seeing thousands of candidates, she caught a glimpse of a camera-phone head shot sent in by a sixteen-year-old named Christopher Mintz-Plasse. She called the director, Greg Mottola, and excitedly said, ‘I think I found McLovin; he’s like Dill from ‘To Kill a Mockingbird.’’ Jones told me, ‘You could tell he was a kid who probably had seen the inside of a locker.’ Since then, Mintz-Plasse has starred in six movies.” 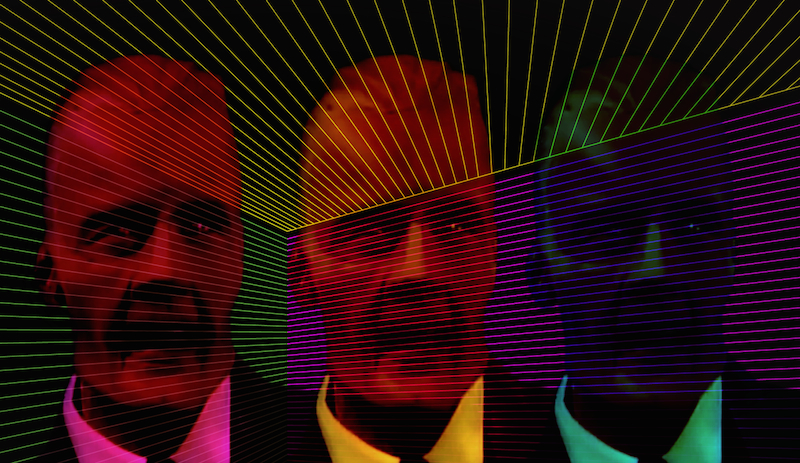 “On Thursday, April 4th, 1985, a blast of dystopian satire hit the UK airwaves. ‘Max Headroom: 20 Minutes into the Future’ was a snarky take on media and corporate greed, told through the eyes of investigative journalist Edison Carter (Matt Frewer) and his computer-generated alter-ego: an artificial intelligence named Max Headroom. Set in a near-future where global corporations control all media and citizens are hopelessly addicted to dozens of TV channels, the movie follows Carter — working for the mysterious Network 23 — as he discovers that network executives have created a form of subliminal advertising known as ‘blipverts’ that can actually kill. While tracking the story, Carter is flung into a barrier marked ‘Max. Headroom — 2.3m.’ Desperate to maintain ratings with its star reporter, the network enlists a young hacker to download Carter’s mind and create a virtual version of the journalist. But things don’t go quite right. The result: the stuttering, sarcastic Max. ‘20 Minutes into the Future’ kicked off an extensive franchise, and Max became a singular '80s pop culture phenomenon that represented everything wonderful and horrible about the decade. Max hosted music video shows; Max interviewed celebrities; Max hawked New Coke; ‘Max Headroom’ became US network television’s very first cyberpunk series. Max was inescapable — and then almost just as quickly as he had appeared, he was gone. Thirty years after the premiere, I spoke with the writers, directors, producers, actors, make-up artists, and network executives that helped bring ‘Max Headroom’ to life. And it all began, like so many things in the ‘80s, with music videos.” 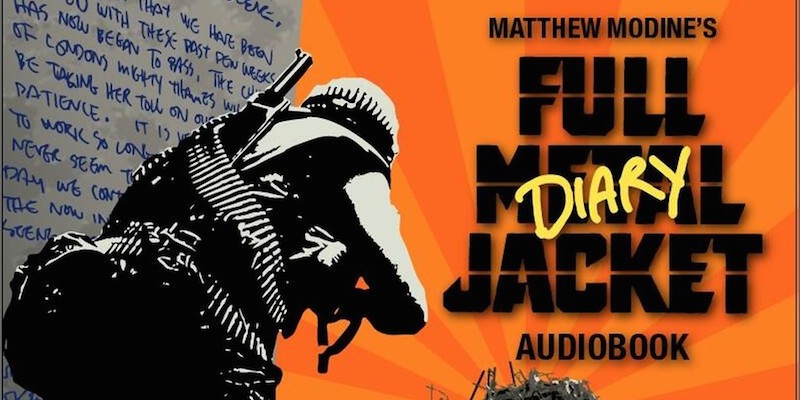 "Jim Hemphill ('The Trouble with the Truth') Talks Matthew Modine's 'Full Metal Jacket Diary' Audiobook": Yet another fine essay from a fine filmmaker at The Talkhouse.

“I’m not sure why Kubrick was so secretive about his process, or why his collaborators were so tight-lipped. A few months ago I interviewed Ryan O’Neal for a Filmmaker magazine piece I was writing on the making of ‘Barry Lyndon’ and he told me, ‘Stanley begged us never to talk about him.’ (Luckily, O’Neal then gleefully proceeded to spill the beans.) Whatever the reason, Kubrick’s tight control over the flow of information from his sets has only made me and thousands of other filmmakers and fans all the more desperate to know how he achieved his effects, and why. Thankfully, Matthew Modine kept a detailed journal of his experiences shooting ‘Full Metal Jacket’ in 1985 and 1986, and he has made his observations available in a variety of media. The diary was first published as a limited edition book in 2005, and seven years later Modine released an interactive iPad app based on the volume. Now, the diary has been released as an audiobook read by Modine, and listening to the actor narrate his behind-the-scenes story was the greatest possible way I could have kicked off 2015. It’s great in exactly the way I had hoped it would be as a first-hand account of a master filmmaker at work, but it’s great in other, less expected ways too. Kubrick and ‘Full Metal Jacket’ aside, Modine’s ‘Diary’ is most valuable as a terrific snapshot of a young actor in transition, on the verge of becoming a master himself.” 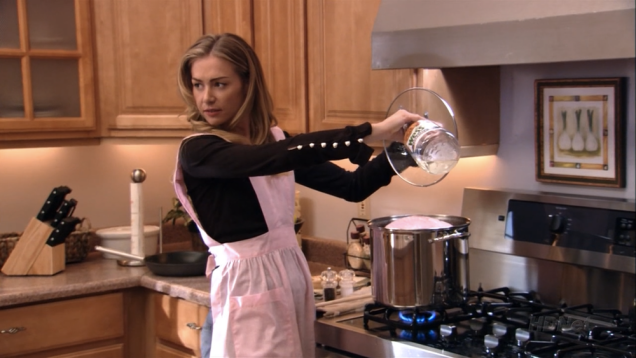 "Bone Broth Is Hot Ham Water": The Concourse's Ben Jay delivers a hilarious piece of commentary that any self-respecting chef will appreciate.

“In short, eating collagen won't improve bone health, just like eating paper clips won't cure an iron deficiency. And this is where bone broth's health claims, like most pseudoscientific health claims, begin to fall apart on a fundamental level. The sales pitch says consuming collagen must be good for your bones, because collagen is already in your bones; the scientific reality is much more complex, but try explaining that to a general public constantly looking in vain for the next quick health fix. People have been drinking broth to feel better for thousands of years. Chicken soup (which is ‘bone broth’—broth—plus actual solid food) was ‘Jewish penicillin’ long before anyone discovered actual penicillin. When you have a head cold, consuming any hot drink will make you feel better—mostly because it's warm, and warm things feel nice. This study even notes chicken soup's mild anti-inflammatory properties. But it's not a cure-all by any means. That's what medicines are for. But, as the health-huckster community well knows, if you take something that people know makes them feel good, tell them it'll cure all of their ills, and let confirmation bias do the rest, you can make a lot of money. It works even better when, instead of making something new, you just take something as old as time itself, give it a new name and a vaguely exotic aura, and sell it to silly white people with lots of money to burn on everything but vaccinating their children. Never mind that no empirical evidence proves ‘bone broth’ cures anything—anecdotal evidence is enough, and anyone who says otherwise belongs to the Medical Mafia™ that puts ‘toxins’ in the water supply. The key demographic is, as usual, conspiracy theorists and real-life Lindsay Bluths.” 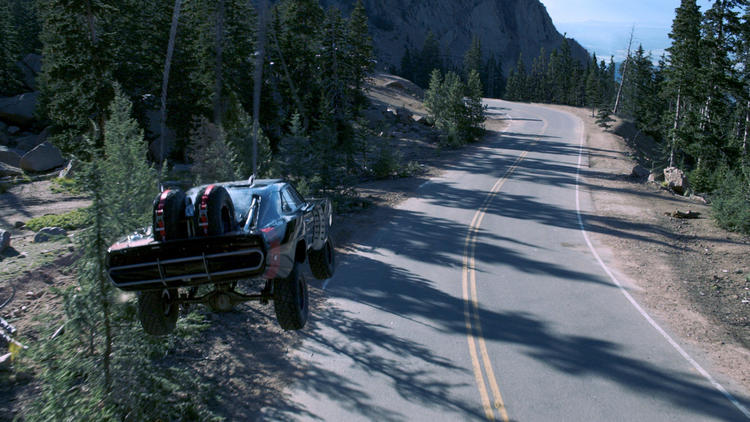 “The reaction most viewers have upon watching the movie — after marveling at both the spectacle and Vin Diesel's command of the English language — is: Could any of this actually happen? Sitting in the back of the theater, Kleban watched acutely as some of the more eye-popping stunts went down. In one, the members of Diesel's strike team backed cars out of an airplane, tumbling between the clouds as they screamed toward the mountain roads of Azerbaijan. Kleban studied the scene as it played, then said after the screening that he didn't see a physics-based reason why they couldn't happen as they did on screen. ‘You'd need the best equipment, and you'd need everything to go right, like landing in the exact right spot, but there's no reason a car couldn't parachute down and keep right on driving,’ Kleban said. The parachute would have to be designed with the highest degree of strength and size (a parachute will slow down a heavy object in direct proportion to the parachute's area). And of course, the car would still be coming in hard even with an open parachute. But it would be able to ‘flare up’ in the last seconds, converting its high amount of vertical speed to horizontal speed, sufficiently slowing its drop.” 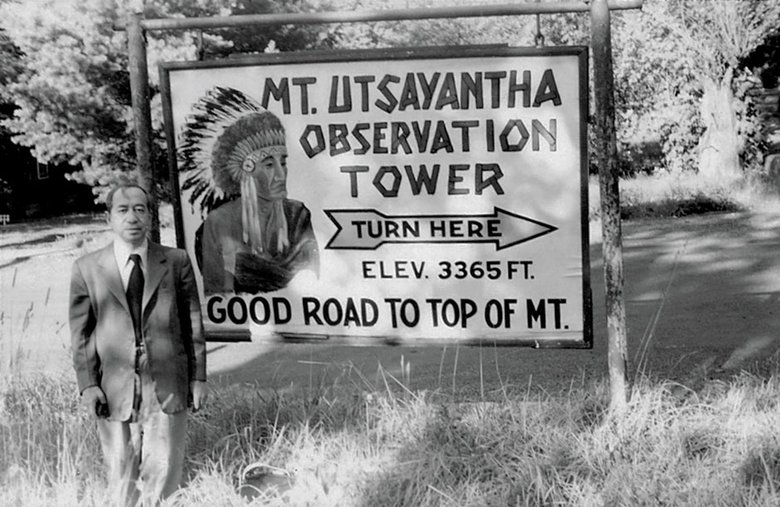 At The Huffington Post, Igor Bobic posts an excellent interview conducted by John Oliver with Edward Snowden, who explains "how the government can get your 'd—k pic.'"