"Ross Partridge on 'Lamb'": The "Stranger Things" star chats with me at Indie Outlook about his remarkable directorial effort, in which he stars opposite the extraordinary Oona Laurence.

“The hardest scene in the movie was when David has to put Tommie in the bathtub. I had to put Oona through that emotional ride, and we talked a lot about it. It was all done in one take that tracks through the motel room and into the bathroom. We did the take three times, and Oona was just so spot-on. Having to see a young kid cry like that will break your heart, and everyone were really affected. I just couldn’t believe what she was bringing to the scene, but at the same time, I got this sinking feeling and was like, ‘F—k, I think I’ve shot myself in the foot. We need this scene, but I just don’t know how an audience is going to be able to recover from it.’ I went outside to take a walk and Oona’s dad came up to me. We had become really close by that point, and he asked me what was wrong. I was like, ‘I think I just tanked the movie if I keep this. Putting a kid through that and making these mistakes and being that aggressive toward a child will be very tough for the audience to take.’ He just calmly replied to me, ‘Look, I’ve been a parent for a really long while and there are times where I don’t know what I’m doing. I get out of control and yell and scream and get frustrated. There is room for error in how people behave and what they do, and that’s the whole point of this film. I’ve done things that I’m not proud of just by being a parent because it is a really hard task. David is taking on parenting and he has no idea what to do. We all get that feeling every once in a while.’ Though his words didn’t make me feel like David was off the hook, it diffused the situation in a way that was really important. It gave me just enough clarity to be able to move on. It was great to have people around me who believed in the story just as much that I could check back in with to make sure it was all okay.” 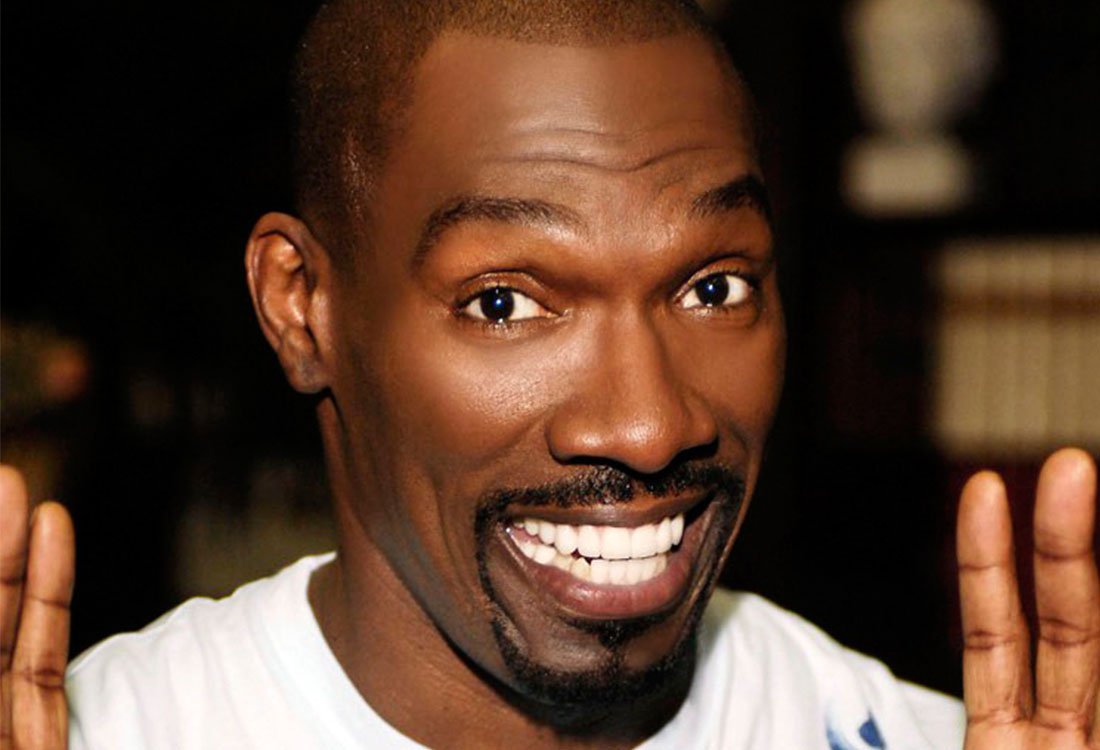 “While Chappelle was familiar with the young comic—Murphy’s younger brother Eddie had featured him in a memorable part in his 1996 box office smash ‘The Nutty Professor’—it wasn’t until a chance meeting that the two became cool. ‘Dave and I shared a business manager and one day I saw him at the office,’ Murphy told me in 2012. ‘That was when he invited me to come on the show. I’m the kind of guy, if you put me in any situation I’m going to figure out a way to come out on top. From the beginning, Dave was pushing the envelope in ways that hadn’t been done since the days of ‘In Living Color.’ Unlike ‘SNL’ or ‘Mad TV,’ we were on cable, so we could push it in ways that those shows couldn’t. We were able to take more chances.’ Growing up in Brooklyn, Charlie was a involved with gangs before joining the U.S. Navy. Afterwards, he helped managed his younger step-brother Vernon Lynch Jr., who was in the rap duo K9 Posse. Signed to Arista Records in 1988, their single ‘This Beat is Military’ was a minor hit. Charlie appeared in the video as a grumpy Army sergeant. While he’d go on to have small parts in ‘Harlem Nights’ (1989) and ‘Mo’ Better Blues’ (1990), it was his performance as ghetto club owner Gusto in Chris Rock’s rap satire CB4 that first showcased his hardrock comedic style. Still, it wasn’t until ‘Chappelle’s Show’ that he really got a chance to shine. ‘When I was younger I was into being a tough guy,’ he said. ‘Being in gangs was my thing. Show business wasn’t even on the radar. But hanging around those guys on the show, the funny just came out of me. One of the best parts of being on Chappelle’s was studying the craft of comedy from the ones around me.’” 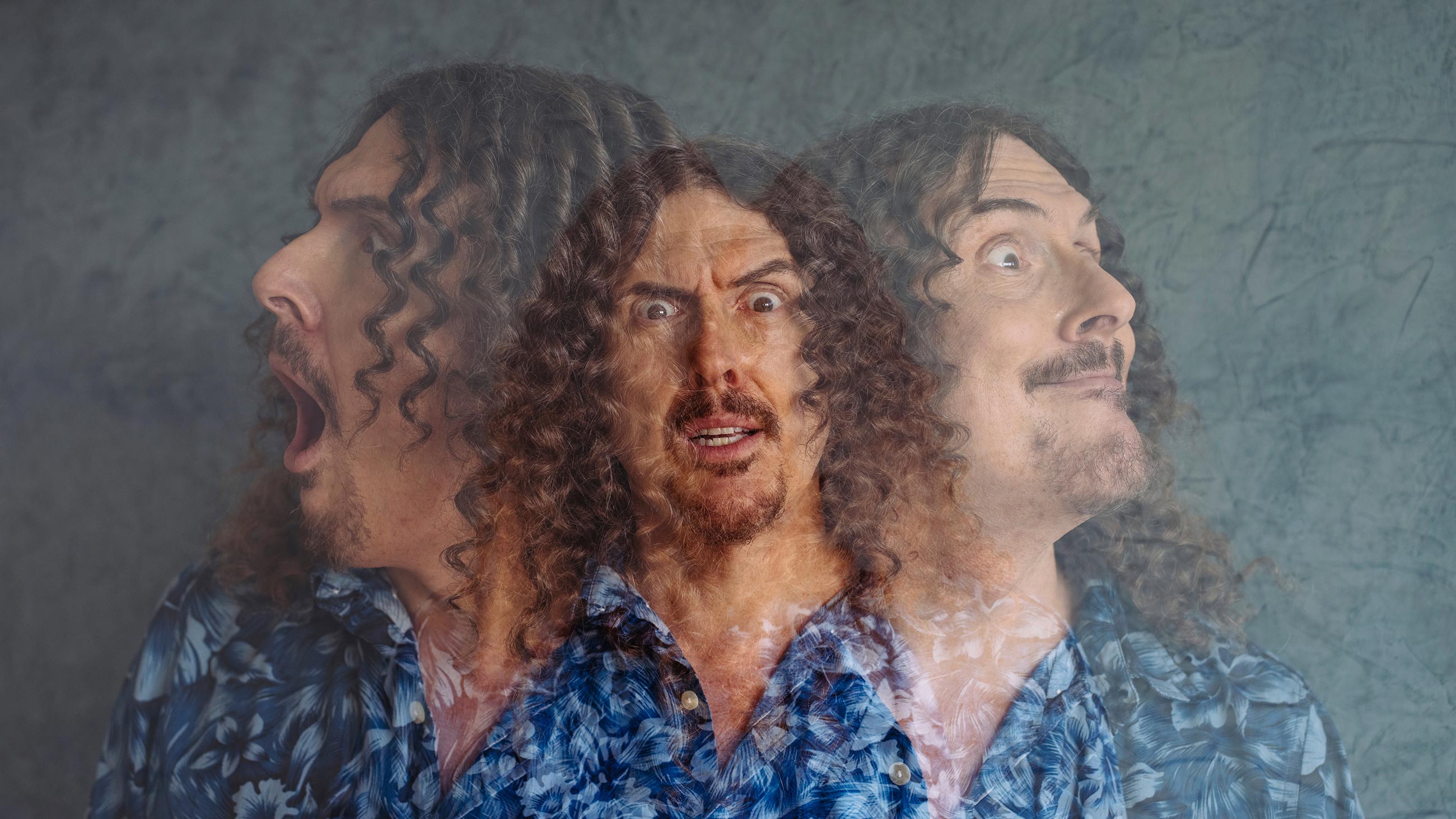 "Was 'Weird Al' the real star all along?": Asks The Washington Post's Geoff Edgers.

“Yankovic has sold millions of albums, played 1,616 shows and outlasted so many of the stars he once spoofed. His most recent album, 2014’s ‘Mandatory Fun,’ featured parodies of Iggy Azalea, Lorde and Pharrell Williams, a polka medley and his usual smattering of original songs. The album hit No. 1. At 57, he’s now readying a complete set of his 14 studio recordings, plus an album of bonus tracks. ‘Squeeze Box,’ on sale through a PledgeMusic drive until the end of February, will naturally come in an accordion-shaped box. ‘Comedy recording and funny songs go back to the earliest days of the record industry,’ says Barry Hansen, better known as Dr. Demento, the radio host who introduced Yankovic to the public 40 years ago. ‘But Al is unique. There’s nothing like him in the history of funny music.’ For Chris Hardwick — the comedian who created the Nerdist empire and hosts two game shows, ‘@midnight’ and ‘The Wall’ — Yankovic is more than a musical success story. He’s a triumph for all the oddballs and outsiders. He remembers being a kid in Memphis the first time he heard Yankovic on Dr. Demento. And then the rush of spotting his nerd hero on MTV. ‘When you’re young,’ he says, ‘you kind of wonder: ‘What’s wrong with me? Why don’t I like the same things other kids like? I must be broken or flawed.’ And then you see this guy who is like, ‘Yeah, me neither, and it’s okay but we can f— with these people, but in a friendly way, not in a toxic way.’’” 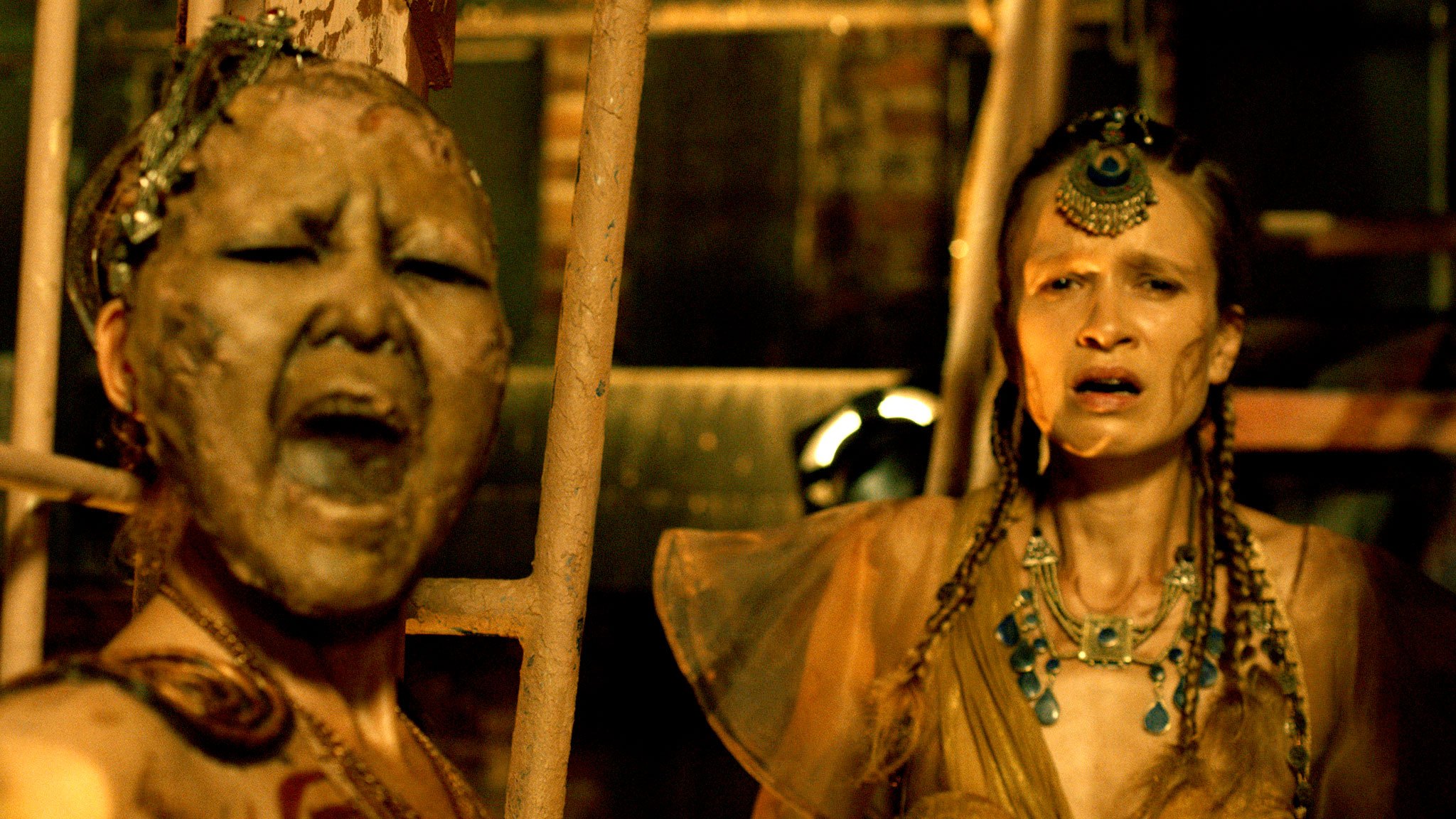 “[Rumpus:] ‘Do you identify as a feminist?’ [Kampmeier:] Oh, absolutely. F—k yeah, I identify as a feminist. ‘The thing is I grew up in the South and somehow never heard that word. And I didn’t go to college so I never had that awakening that so many young women get in Women’s Studies 101. But my life experience was such that I was always fighting for my voice, fighting for my body, fighting for my sexuality, fighting for my life. And so when people started saying I was a feminist, I was like oh cool, that’s what that is? How could any woman not be? It’s what I’ve always been, even though I didn’t always know that’s what it was called.’ [Rumpus:] ‘One of the things that drew me into ‘Split’ was the way it’s shot, it feels like, in a way that combats the male gaze. Do you think about doing that explicitly?’ [Kampmeier:] ‘Yeah, absolutely I think about it. Female sexuality is presented in our culture as a male fantasy, which doesn’t include the reality of the abuse, the pleasure, the pain, the power, the complexity of women’s sexuality. And so for me it was very important that I had a female DP, and a female crew, and that we were holding space for women to feel seen. My actresses are being asked to reveal their truth, not their expected presentation.’” 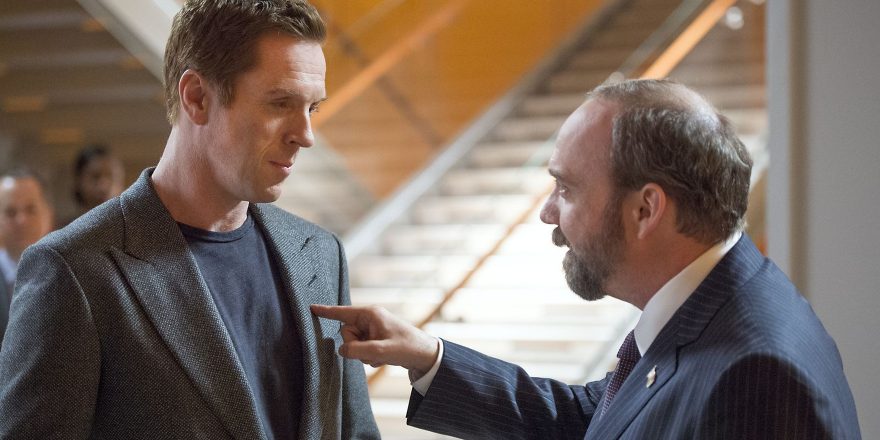 "Is 'Billions' a New High for Cable Television?": The Talkhouse's Jim Hemphill explores the abundance of riches offered by the Showtime series.

“I’ve never seen a film or television show so good at exploring the intersection between politics, money, and personality without oversimplifying or confusing the audience – it’s a testament to Koppelman and Levien’s mastery of their craft (and their taste in writers for the episodes they didn’t pen) that ‘Billions’ is both the most complex show on TV and one of the clearest and most straightforwardly entertaining. It generates a lot of resonance and even a little unease via its echoes of recent American history – talk of Rhoades’ blind trust, the working-class community’s baffling embrace of billionaire Axelrod as a hero, and the slippery line between the public good and financial self-interest with which many of the characters struggle (or don’t) – but it doesn’t engage in a simple one-to-one allegory. Koppelman, Levien and Sorkin are smarter than that, and more ambitious; they don’t want to make a show that’s only about America in our time, they want to make a show that’s about America of all time – an epic that can stand alongside timeless meditations on power and corruption like ‘The Godfather’ and ‘Citizen Kane’ and Shakespeare’s historical plays. And the damned thing is, if they can sustain what they’ve started, they’re pretty well on their way. Fifteen hours in, ‘Billions’ is every bit the equal of earlier novelistic series like ‘The Sopranos’ and ‘The Wire’ in its impeccably crafted synthesis of drama and social comment on a broad canvas, but it has a propulsive energy all its own.” 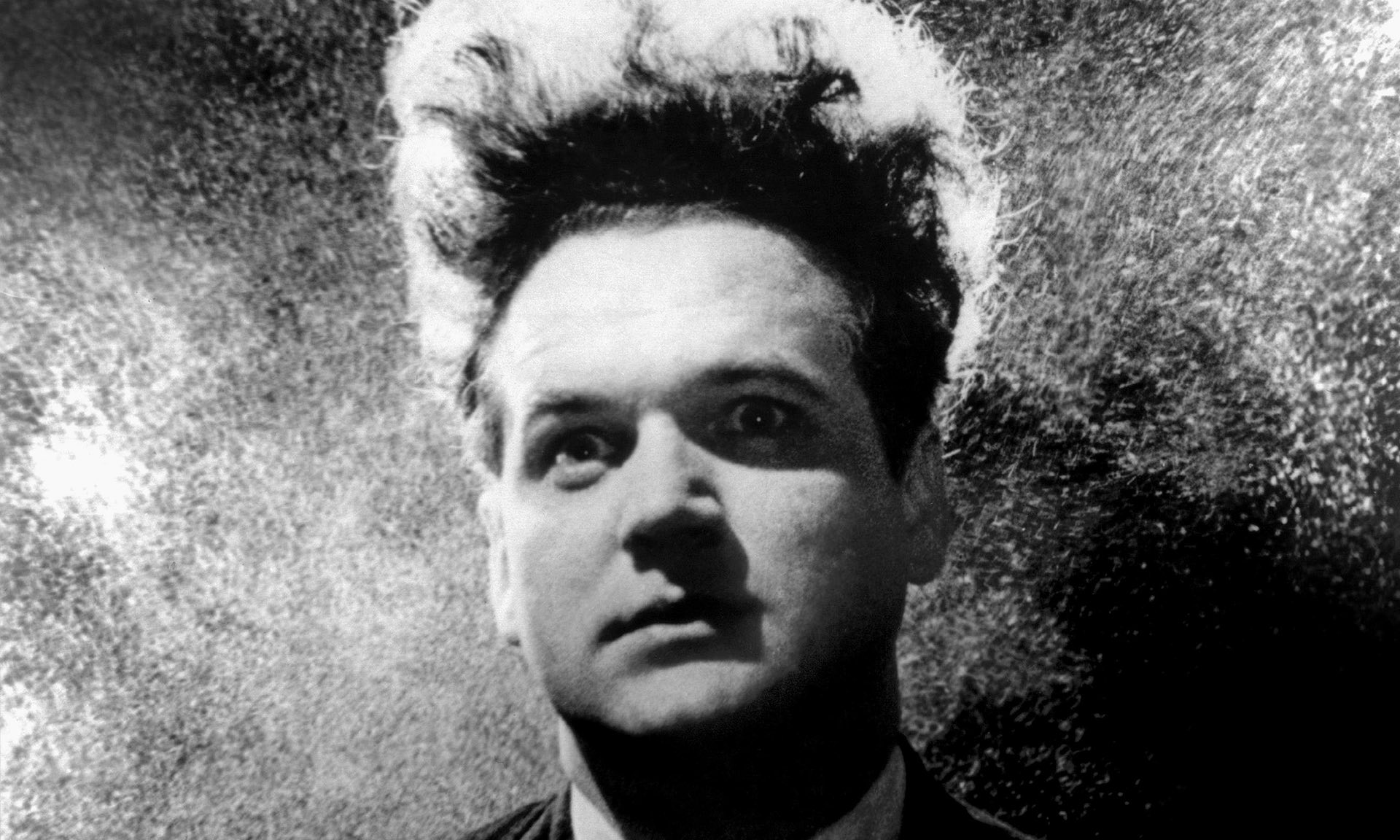 John Bailey, Malcolm Ray and Doug Walker deliver brilliant voice-over work in this side-splitting inaugural episode of Channel Awesome's new series, "Miscast," imagining "The Silence of the Lambs" as performed by Winnie the Pooh and his companions from the Hundred Acre Wood.