"Looking at 'The Fast and the Furious' in the Rearview Mirror": Fandor's Sara Freeman interviews 92-year-old screen legend Dorothy Malone.

“Just before Valentine’s day, I flew to Dallas, Texas, to spend three beautiful days with Dorothy Malone and her very kind and wonderful family. Dorothy’s daughter, Mimi, showed me around Dallas in between our visits with her mother and we had a great time chatting about Malone’s movies and the life she had outside of Hollywood. Mimi, rightfully so, considers her mother to be a trailblazer, a woman ahead of her time in almost every way. On a professional front, Dorothy Malone was one of the first classic Hollywood actresses to really embrace acting in television. Her turn on Peyton Place came just as she had finalized her divorce from Mimi’s father, Jacques Bergerac, and she moved Mimi and her sister, Diane, back to her hometown of Dallas in 1969. That move could have ended her career very easily, but instead, it thrived. She never put her career before her family, though. Mimi remembers that her mother made it a point in her Peyton Place contract that she had to be home in time for dinner with her daughters. She also took Mimi and Diane with her on set as often as she could and school would allow. The love she inspired in her family shows—Malone’s room is decorated from top to bottom with photos and gifts from her entire family, including her daughters and many grandchildren. Dorothy Malone is certainly no ‘Mommy Dearest.’” 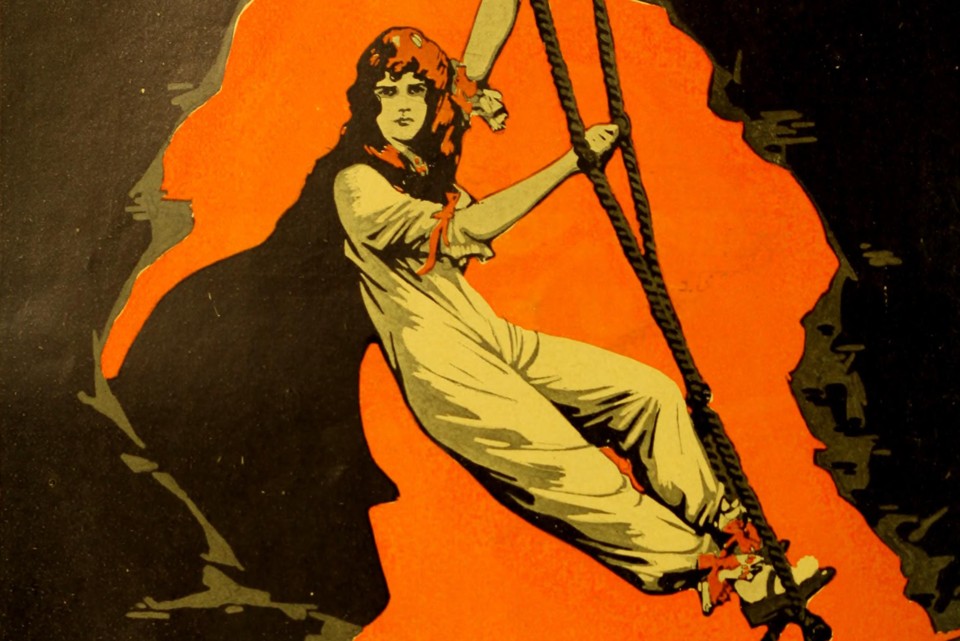 "The Forgotten Female Action Stars of the 1910s": The Atlantic's Radha Vatsal explores the century-old predecessors to Imperator Furiosa.

“To understand what happened in the 1910s, it’s necessary to put the emergence of the serial film into context. During this period, two film formats jostled for dominance: what we’d now call ‘shorts’ and ‘features.’ But short films weren’t labeled as ‘short’ at the time—they were simply the industry standard, and were usually described by their length (in number of reels). Features, meanwhile, were the newcomers, with higher production values, more ambitious plots, and greater production costs. Serials were something of a bridge between the two formats. Each episode in a serial was the length of a 15- or 20-minute short film, but over several weeks, a serial could tell a more complicated story. Serials focused on women action heroes from the start, possibly thanks to the format’s tie-ins with magazines and newspapers, which aimed to draw female readers because they were attractive to advertisers. In 1912, Thomas Edison’s film company teamed up with Ladies’ World magazine to put one of the earliest instances of a serial film, ‘What Happened to Mary?’, into print. This example of cross-promotion would continue as other “chapter films” were serialized in newspapers. The Chicago Tribune printed the story of ‘The Adventures of Kathlyn’ (1913) while the film episodes played in theaters. (Incidentally, ‘Kathlyn’ was the first film serial to have a narrative thread that continued from week to week instead of relying on the same leading character to provide cohesiveness.)” 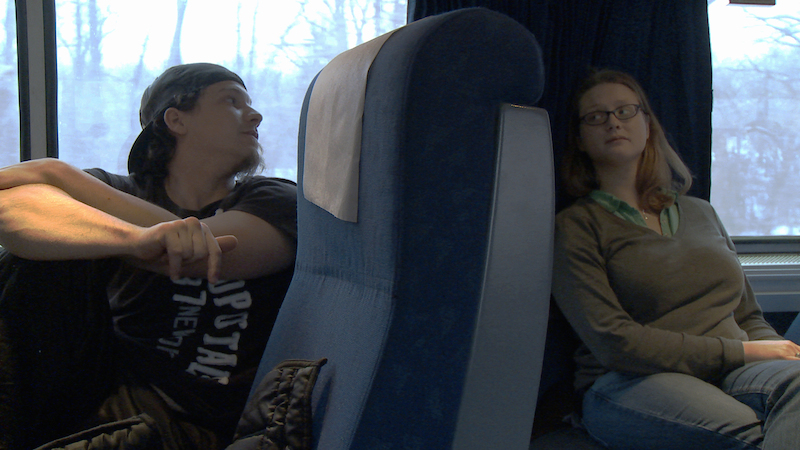 "Lynn True and Nelson Walker on 'In Transit'": At Indie Outlook, I chat with two of the co-directors who collaborated with Albert Maysles on his masterful final feature, which screens Sunday, April 3rd, at Chicago's Music Box Theatre, as part of the DOC10 Film Festival.

“[Indie Outlook:] ‘How did your vision for the film evolve in the editing room? It is one of the most extraordinary achievements in editing that I’ve seen.’ [True:] ‘The priority was always for human stories to drive the narrative, not the geography or chronology of any specific trip. It was a huge challenge to find a balance that allowed us to jump between so many individual stories occurring on different trains without disorienting the viewer. Eventually the structure evolved to mirror the three days it would take to get from one end of the route to the other: the first day generally includes stories from the vantage point of someone embarking on a trip, looking forward into the future, anticipating the unknown; the second day uses stories from the perspective of passengers who have settled into their ride, and now have time to reflect a bit on where they’re coming from, what they’re leaving behind; and the third day involves stories colored by the energy that comes from the inevitability of having to de-train, face reality and return to normal life. I thought of it as a ‘future-past-present’ structure.’” 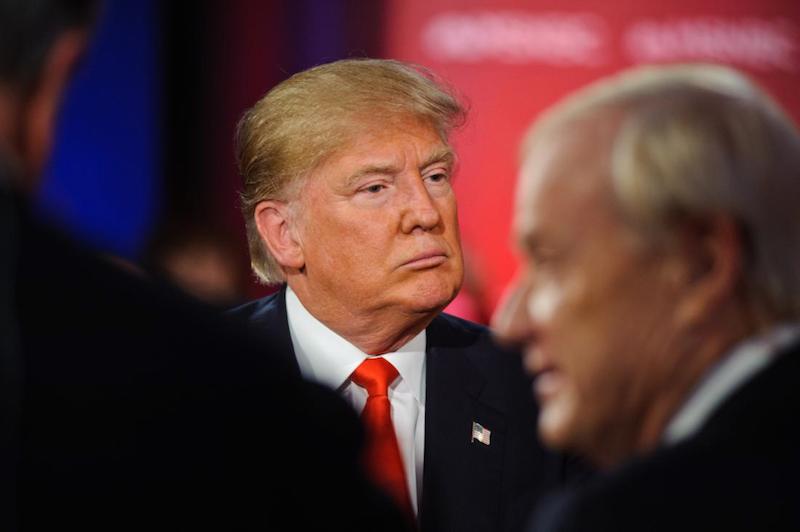 “The success of Donald Trump stems from one major factor: the perception that he tells it like it is because he’s beholden to no one. Whether Trump actually does tell the truth is a different question—one more often answered in the negative—but Wednesday, he did something rare for a Republican politician: he told the truth, saying that if abortion were illegal, women should be punished. (He later walked back his comments). Commentators on the left erupted with outrage, and on the right with denial. ‘No pro-lifer would ever want to punish a woman who has chosen abortion,’ said Jeanne Mancini, President of the March for Life Education and Defense Fund in a statement. ‘We have never advocated, in any context, for the punishment of women who undergo abortion,’ said Marjorie Dannenfelser of the anti-abortion-rights group Susan B. Anthony List in a statement. ‘Punishment is solely for the abortionist who profits off of the destruction of one life and the grave wounding of another.’ And so went the usual anti-abortion claims: Outlawing abortion shouldpunish abortion providers, not women. Women who have abortions are ignorant victims, coerced or tricked into forsaking their true desire for motherhood by greedy doctors who exploit them for financial gain. These are lies. But they also reveal an important idea underpinning the anti-abortion-rights movement in the U.S.: It’s not about the life of the embryo or fetus. It’s certainly not about helping or protecting women. It’s about hostility to women’s social advancement, which has been rapid, and which would have been wholly impossible without access to contraception and abortion.” 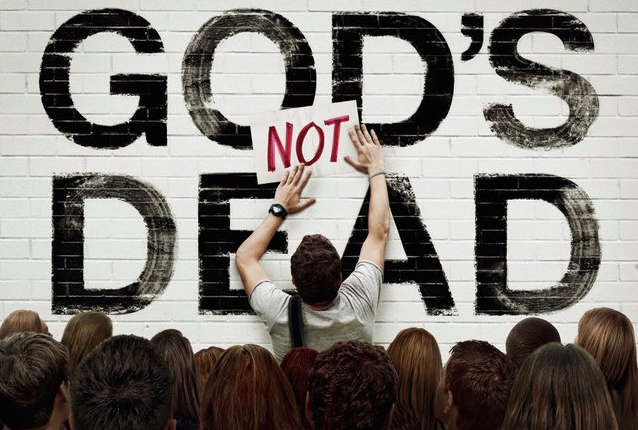 "I'm a Christian and I hate Christian movies": A must-read article from Alissa Wilkinson at Thrillist.

“‘God's Not Dead’ is a technically proficient film that earns its title from both misreading Nietzsche and finding inspiration in the Newsboys, a Christian band I listened to in high school who feature heavily in the film. By the end I was actively offended. Not just because it suggests that it’s somehow appropriate for a first-semester college freshman to engage in a pitched battle with an evil, sadistic philosophy professor played by Kevin Sorbo. Nor because it takes the theologically weird stance that standing for truth and living your faith -- ‘the assurance of things hoped for, the conviction of things not seen,’ says Hebrews 1:1 -- means that science, mysterious car engine fixes, and heartfelt anecdotes can prove that God is ‘alive,’ an inherently unprovable thing. The glaring problem with ‘God’s Not Dead,’ and most other films made for and marketed at the ‘faith audience,’ is that instead of exercising and challenging the imagination of their audience in ways that would make their audience better Christians, they shut down imagination and whisper sweet nothings into their ears instead. ‘God’s Not Dead’ enlists an army of straw men (the evil atheist professor who will fail a student for refusing to sign a paper agreeing that God is dead, the evil atheist boyfriend who abandons his girlfriend as soon as she announces her terminal illness, the evil Muslim father who kicks his daughter out of the home for converting, the evil liberal ambush journalist with a bumper sticker on her car that reads ‘I love evolution’) then burns them in effigy. The movie isn't content to merely convert our main antagonist, effectively forcing him to grovel before his 18-year-old student. It also trots in a deus ex machina and kills him off. (Spoiler, sorry.)” 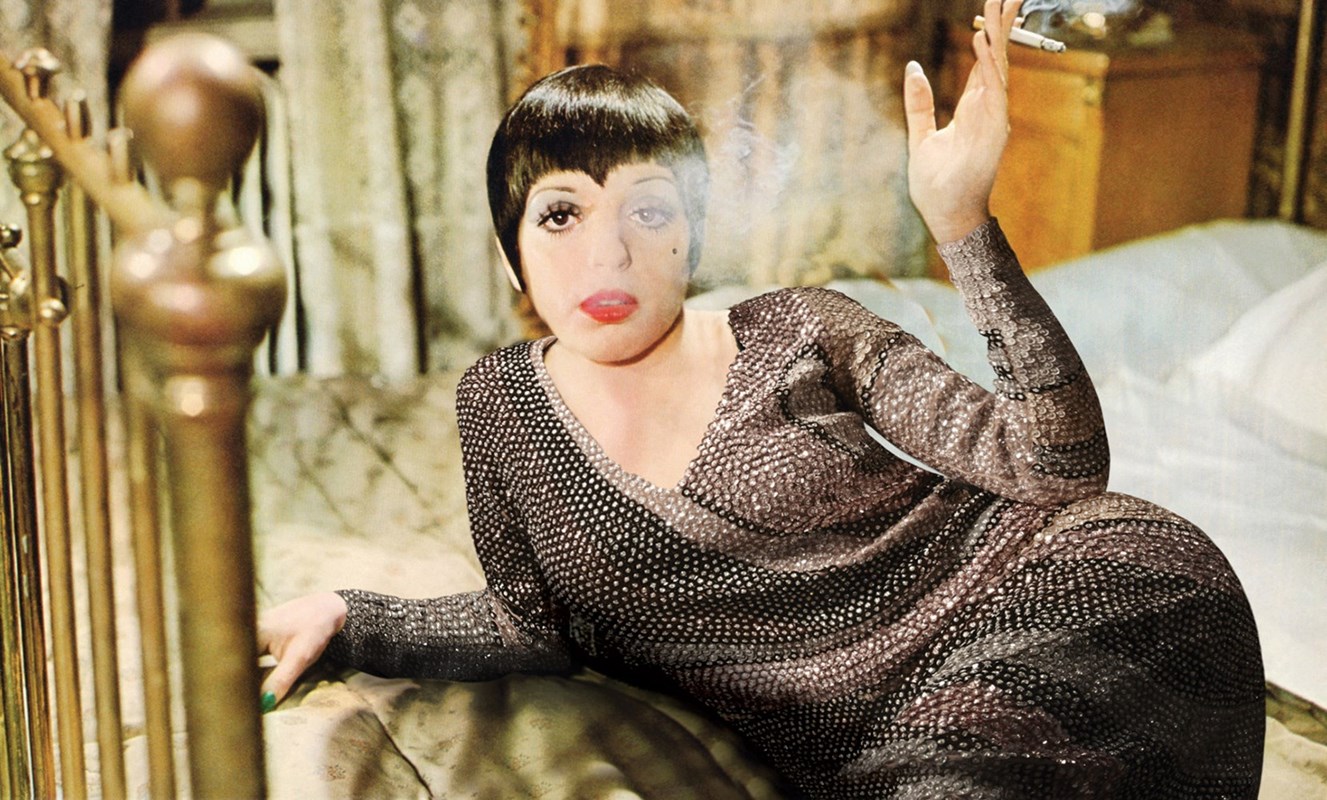 AnOther Mag's Carmen Gray compiles "the best of Berlin on film" in honor of today's U.K. release of Sebastian Schipper's "Victoria."