"Spike Lee's Open Letter to New York Times": Over at WhoSay the always provocative Spike Lee pens an open letter to A.O. Scott. Related: "Whose Brooklyn Is It, Anyway?" by Mr. Scott at the NYT.

"Dear Mr. A.O. Scott, I have chose the platform of my Social Media to respond to you. I do not want the New York Times editing, rearranging my words, thoughts or even ignoring a letter to you. I’m writing what I feel and there is no need for somebody else at The New York Times to interpret it." 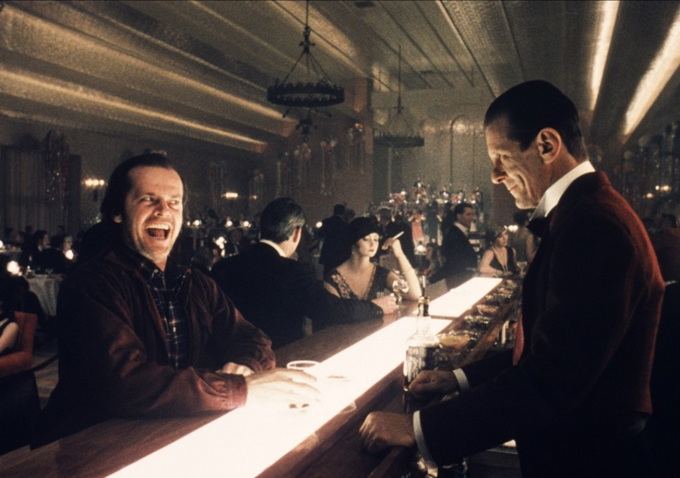 "Stanley Kubrick's Producer Jan Harlan Says 'The Shining' Doc 'Room 237' Is Idiotic": At IndieWire, Kevin Jagernauth reports on a producer of The Shining who didn't like Rodney Ascher's acclaimed documentary.

"Speaking at the Bermuda International Film Festival, Harlan was asked about "Room 237," and he made no secret of his dislike for the doc. "Ah, so idiotic. Of course I did. There's nothing to like. It's just dumb. I mean [the filmmaker] obviously waited until Kubrick died," he said. 'This happened to him in many cases, also this whole story about him doing a fake moon landing. This was only possible after he was dead. People come like worms; they creep out and take advantage of a guy who can't sue from the grave. At any rate, I don't worry about things like that.'"


"The Facebook Bait and Switch": At his site author Drew Chial raises attention to the latest money-grabbing scheme concocted by Facebook.

"In the past, Facebook provided a great free service for authors. Allowing us to create fan pages to reach our readers, it let us keep separate accounts for our friends and families. Choosing to “Like” our pages, audiences got updates on projects, saving our other accounts for personal status.

As brick and mortar book stores crumbled at the feet of e-readers, social-network-self-publishing seemed like a viable option. Author pages became a yard stick for agents to measure the worth of a client. Traditional publishers changed their contract criteria. Now it wasn’t about how many awards a writer had won, or how many short fiction collections they’d been featured in, it was about how many smiling icons they had at the bottom of their profile page." 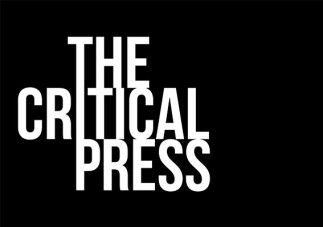 "What gave you the idea to launch an imprint specifically devoted to medium-length film books?

I'm a long-time film fan and cinephile, but I've been a reader of film criticism for a long time, too. I grew up with the web, and so quite a lot of my engagement with film criticism over the years has happened online. And though many great books on film continue to be published every year, there seems to be a gap between the traditional book market and the vital, engaged, and diverse writing I've long admired on the internet. Medium-length books would seem like the natural place for many up-and-coming critics to move to next, but the economics of publishing don't traditionally encourage titles of this length. So, I decided it would be a good space to try to fill. This new venture is not connected to UNC Press in any way, though it has been very instructive for me to have spent the last few years working at a publisher in the midst of the many technological and business transitions the industry is facing." 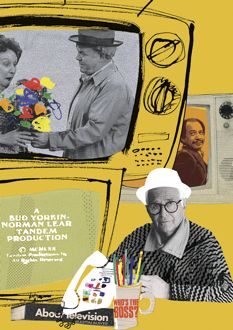 "The Great Divide": It seems every week we're highlighting the work of Emily Nussbaum of The New Yorker. For the April 7th edition she wrote about Norman Lear, Archie Bunker and life itself.

"But television’s original bad-fan crisis did not, as it happens, concern a criminal bad boy, or even take place on a drama. It involved Norman Lear’s right-wing icon, Archie Bunker, the loudmouthed buffoon who became one of TV’s most resonant and beloved television characters. Archie was the first masculine powerhouse to simultaneously charm and alienate viewers, and, much like the men who came after him, he longed for an era when “guys like us, we had it made.” O’Connor’s noisy, tender, and sometimes frightening performance made the character unforgettable, but from the beginning he was a source of huge anxiety, triggering as many think pieces as Lena Dunham. Archie represented the danger and the potential of television itself, its ability to influence viewers rather than merely help them kill time. Ironically, for a character so desperate to return to the past, he ended up steering the medium toward the future." 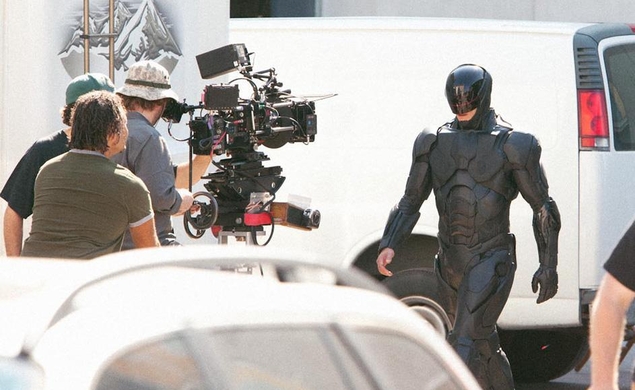 Photo taken from the set of RoboCop. Read the op-ed by Matt Singer at The Dissolve.

More Kubrick chatter. Here's a video essay on the the one-point perspective, by Kogonada.