“I assume you’ve heard the joke about how Brian Williams is about to become the only person to be punished for lying about the Iraq war. [Morris:] ‘One of the reasons I hate the idea of lie detectors is that we think of the brain as being a recorder, a memory recorder, so you can go back in there and find out what happened and what didn’t happen, and whether the person is lying or telling the truth. Well, maybe you can figure out whether they’re misrepresenting what they know or think they know, but we all can fabulate, we’ve all lied, we all change things in innumerable ways. It’s just part of being human. And part of our job is to try to struggle through this nimbus of confusion and error and get to something that approximates what’s out there in the world. The fact that someone misremembers something, or that there’s an element of wishful thinking in what they remember, am I surprised by that? Not really. Am I horrified by it? Not really. I’m horrified by a lot of stuff. Not so much by that. Or let’s put it this way: I’m horrified by it when it just leads to truly terrible stuff. I think ‘The Unknown Known’ is a really scary, despairing movie. I think it’s my best movie. It may not do what people want it to do, but f—k ’em, y’know?’” 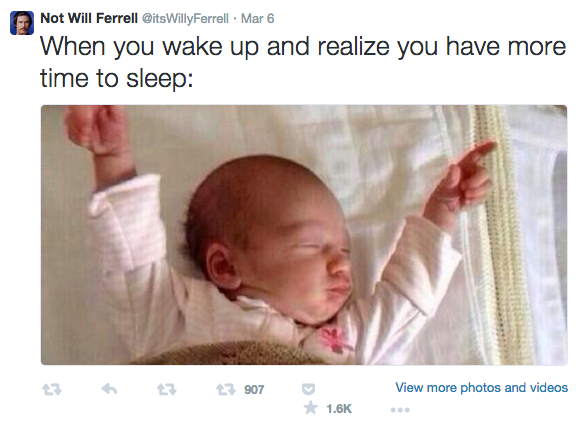 "Inside the Weird World of Twitter's Celebrity-Impersonating 'Parody' Accounts": An entertaining investigation by Flavorwire's Jason Bailey.

“‘What kind of a personality is drawn to this kind of activity — to taking on a celebrity’s identity, and living in it? Dr. Houran stresses that this specific phenomenon hasn’t been researched, but based on studies of fandom and impersonation, ‘we can make some guesses, and I would say that there are probably at least two types of individuals. The first just see it as, they’re making a parody, it’s for fun. They’re not trying to mislead people or give the sense that they really are these people; it’s fun for them, it’s a joke, it’s a prank, for all practical purposes.’ To a certain extent, that seems an apt description for David Rhodes. An affable 29-year-old Canadian, Rhodes is the voice behind @itsWillyFerrell, which he started in May 2011 and built to 1.77 million followers. It’s basically a joke feed, full of funny pictures and memes and such, and he explains the identity thus: ‘The idea was just to put forward that generic, comedy-type stuff, but just have some kind of identity to it, have some kind of face to it — instead of just a random person, and nobody knows who this person is, right? So it gives the account its own kind of character, its own kind of identity. That was the first account I ever did besides my own account, and from there I started finding out ways to grow my audience, and I started making other accounts and expanding beyond that.’” 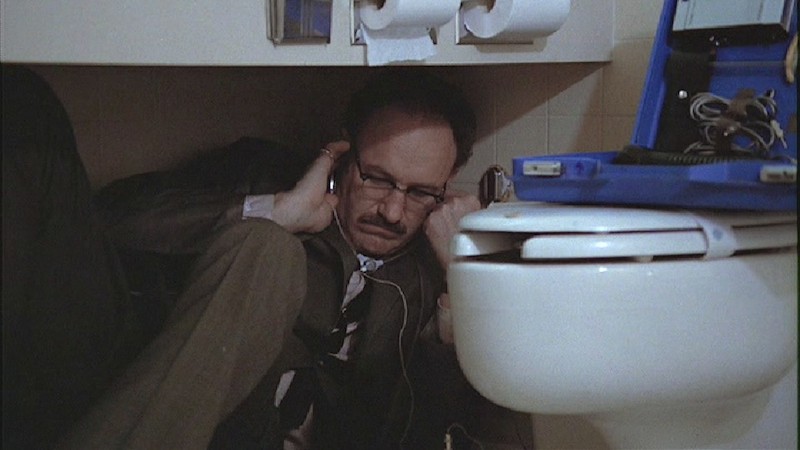 "The Rise of Cryptopticon": A sprawling, essential essay by Siva Vaidhyanathan at The Hedgehog Review.

“In his influential 1975 book Discipline and Punish, Michel Foucault adopted the concept of the Panopticon—Jeremy Bentham’s never-realized design for a circular prison with a central watchtower, from which the behavior of inmates could be observed at all times—to describe the programs and techniques used by the modern state to monitor, supervise, and, ultimately, modify the behavior of its citizens. To Foucault, the Panopticon was embedded in the practices, structures, and institutions of modern society, from government bureaucracies to schools to hospitals and asylums, and to the assorted regimes of health, well-being, and citizenship they variously pressed upon their subjects. This system of surveillance left ‘no need for arms, physical violence, material constraints,’ as Foucault once said. All that was needed was ‘a gaze,’ an endlessly inspecting observation, which each individual would end up internalizing, thus becoming his or her own constant supervisor. A superb formula: power exercised continuously and for what turns out to be a minimal cost.Those who write about privacy and surveillance often invoke the Panopticon to argue that the great harm of mass surveillance is social control. Yet the Panopticon does not suffice to describe our current predicament. First, mass surveillance does not necessarily inhibit behavior: People will act as they wish regardless of the number of cameras pointed at them. The thousands of surveillance cameras in London and New York City do not deter the eccentric and avant-garde. Today, the example of reality television suggests that there may even be a positive correlation between the number of cameras and observers watching subjects and their willingness to act strangely and relinquish all pretensions of dignity. There is no empirical reason to believe that awareness of surveillance limits the imagination or stifles creativity in a market economy in an open, non-totalitarian state.” 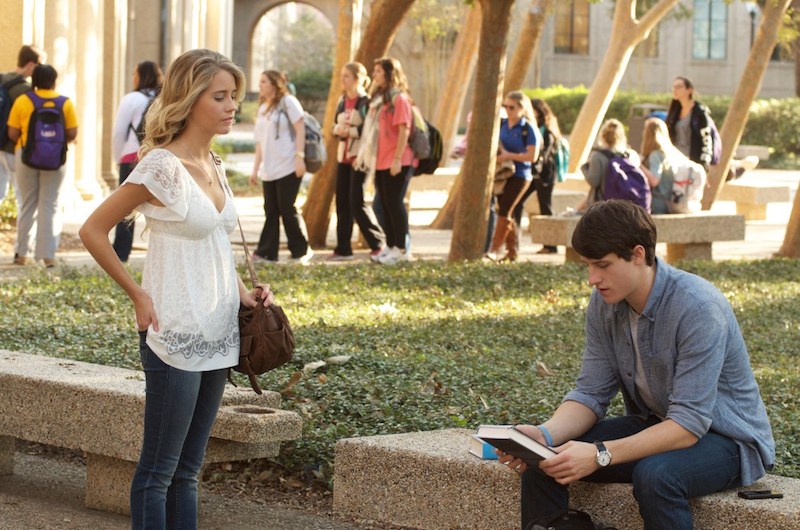 "The Gospel According to Cinema Part 1: The Rise of the Christian Film": Movie Mezzanine's Corey Atad provides a thorough exploration of American films targeting a Christian demographic.

“For almost a decade, Pure Flix has specialized in releasing films through direct-to-video, television, and other home-media channels. In 2010, after steady growth year over year, the company dipped its toe in the theatrical market with a film called ‘What If…,’ an inspirational drama starring Kevin Sorbo about a godless, greedy businessman who wakes up in an alternate reality in which he’s the pastor of his hometown church, and married to his old college sweetheart. ‘What If…’ played in about 80 theaters and pulled in over $800 thousand in box-office receipts. Building on that film’s success, Pure Flix released ‘God’s Not Dead’ in 2014 in over 1,800 theatres. Produced on a budget of $2 million, the film grossed over $60 million. ‘A lot of ‘God’s Not Dead’’s success was no doubt an explosion,’ Scott explains. There has to be more to the story, though. Resonating with the audience is key for any film, but it’s absolutely crucial to the niche Evangelical Christian market, for which the values and messages of a film are easily as important as its story. Scott says Pure Flix has honed in on exactly what gets its key demographic of church-going Evangelical Christians fired up, learning from the successes and failures of over 80 film releases. That learning process no doubt continues right through their release of ‘Do You Believe?,’ which opened in more theaters than ‘God’s Not Dead’ the year before, but to less than half that film’s opening weekend gross.” 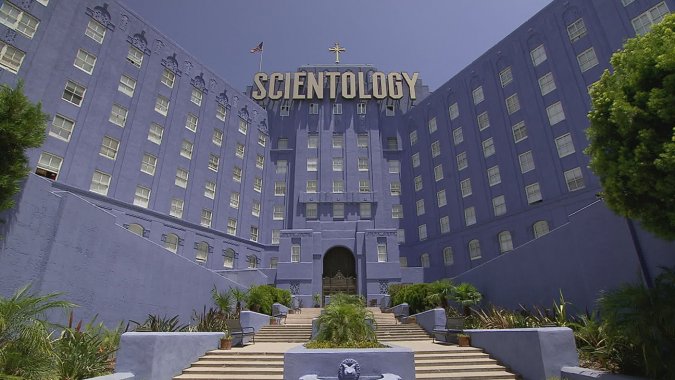 “THR initially reached out to the Church to request a viewing of the documentary with top Church officials, but Church spokeswoman Karin Pouw declined this offer. Instead, she asked for a list of questions about the film, which she would ‘be happy’ to answer. THR sent the Church a list of twenty questions regarding specific allegations in Gibney's work, such as the claim that& L. Ron Hubbard once said starting a religion is the easiest way to make money.Pouw's letter is the Church's blanket response to each of the film's claims, which include the following: Hubbard was involved in the occult; Hubbard once kidnapped his own daughter; Hubbard founded Scientology as a way to bolster his declining book sales; Scientology's secretive Sea Org was founded by Hubbard as a ploy to remain beyond the reach of the IRS, which was investigating him for tax evasion; Hubbard wrote a letter in 1947 to the Veterans Administration (now the U.S. Department of Veterans Affairs) in the wake of his World War II service, seeking out psychiatric help; the Church pays its members between $.06-$.40 an hour for labor services; the Church buys up expensive real estate property as part of efforts to maintain its tax exempt status, which requires a large portion of its earnings to be spent for the benefit its congregation; the Church blackmailed John Travolta with private information to keep him from leaving the Church; the Church enacts a draconian ‘Disconnection’ policy, which mandates that Church members completely cut off anyone who leaves Scientology, including friends and family. Pouw's response letter wholly dismisses the questions that THR posed to the Church: ‘The false allegations in Gibney's film are reflected in each of the questions you ask,’ Pouw writes. ‘Those questions bear no relationship to L. Ron Hubbard or to the Scientology religion. Rather than provide a response to each of these questions, which are part of Gibney's propaganda, I am going to take up the sources of these allegations so you understand their motivations to spread hatred, religious bigotry and lies. We are not trying to discredit these people. It is simply that Mr. Gibney is miscrediting them.’” 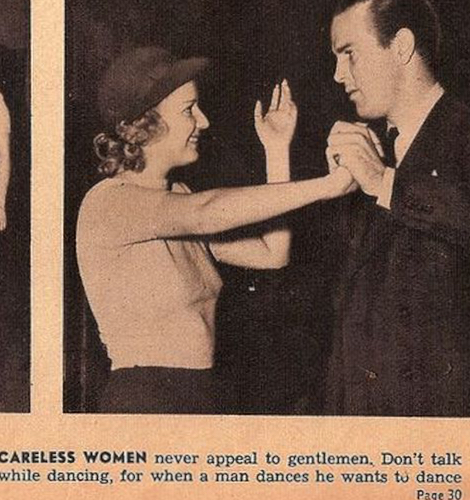 Meet Trevor Noah, the new host of "The Daily Show," as reported by Ross Miller of The Verge.