"The Hidden Vulnerabilities of @SoSadToday": The New Yorker's Haley Mlotek reports on the new book of personal essays by Melissa Broder.

“Thanks in part to the account’s anonymity, @SoSadToday’s messages seemed to speak collectively for a certain demographic of young, female Twitter users, those who felt emotions very deeply and were also interested in curating a distinct expression of those emotions online. In 2014, the artist Audrey Wollen explained her ‘Sad Girl Theory,’ the idea that sharing feelings across the Internet was not necessarily narcissism but a form of feminist resistance. ‘Girls’ sadness is not passive, self-involved, or shallow,’ she told the magazine Dazed. ‘It is a gesture of liberation, it is articulate and informed, it is a way of reclaiming agency over our bodies, identities, and lives.’ The year before, the artists Alicia Eler and Kate Durbin had made a similar argument in identifying the ‘Teen-Girl Tumblr Aesthetic,’ and Lindsay Zoladz, writing for Pitchfork, identified Lana del Rey as a kind of mascot for defiantly sad girls, her extravagantly forlorn music a corrective after years of false empowerment ballads. Common to all of these theories of Internet sadness was the idea that displays of vulnerability were no less honest or real for having made the act of displaying them the point. The display was both a symptom and a coping mechanism. And @SoSadToday was the online voice who expressed this idea better than anyone else, the one whose followers found in her comments what they’d been meaning to say. Then, in May of 2015, the creator of @SoSadToday decided to reveal her identity in an interview with Rolling Stone. She’s a California-based poet named Melissa Broder—in her words ‘older than a teen, but not disgustingly old’ (she is in her mid-thirties, but has not revealed her exact age)—who started the account while working as an assistant director of social media at Penguin Random House, writing poetry on the side, and looking for an outlet to write about the increasingly intensifying symptoms of her anxiety disorder. (Her fourth collection of poetry, ‘Last Sext,’ will be released in June.) Now, Broder explained to Rolling Stone, she was publishing a book of personal essays, also titled ‘So Sad Today,’ based on the Twitter account but under her real name. That book was published last week.” 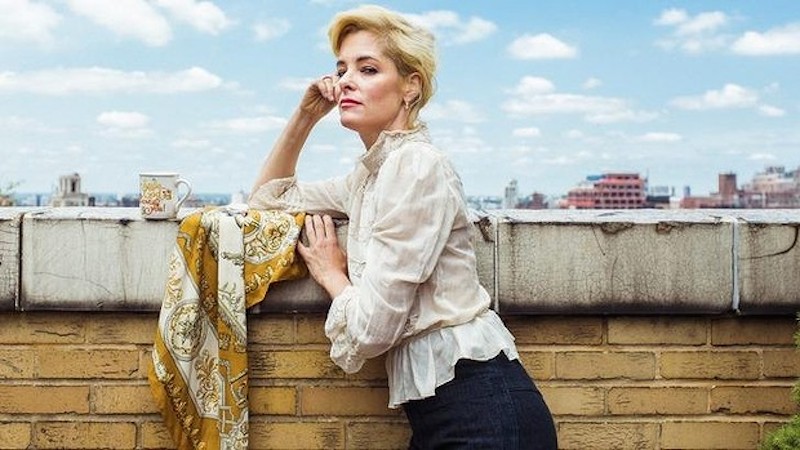 “Lately Posey has enjoyed something of a career renaissance, especially since she was cast opposite Joaquin Phoenix in Woody Allen's ‘Irrational Man’ last year. A second film with Allen is on the way, as well as a new Christopher Guest project, ‘Mascots,’ due to premiere on Netflix in August. Yet she sounds rather disheartened when she compares her early days in movies with the way things are now. ‘I was really glad to have a career of integrity in the 1990s,’ she says. ‘I was in the right place at the right time, the people around me were making movies, and it was just very synchronistic and very organic how it all happened.’ Gradually, she's watched the independent film scene change beyond recognition. ‘Over the past 10 or 15 years it's just dwindled and I've been starved for good parts,’ she says. ‘We've just seen the culture in so many things become more basic.’ Under these circumstances, getting the call from Woody Allen was a big deal. ‘I was hit with the feeling of relief when I got cast. Because it's just hard, you know? It's just a hard game. It really is. It's so political, more than ever, what movies get made and how they get made and who they're with.’ In the end, the only option is to be philosophical about these ups and downs. ‘It's a path, man,’ Posey says, laughing. ‘It's like, you have to get spiritual about it, and have a relationship to your art, and do other things that will keep your life interesting.’” 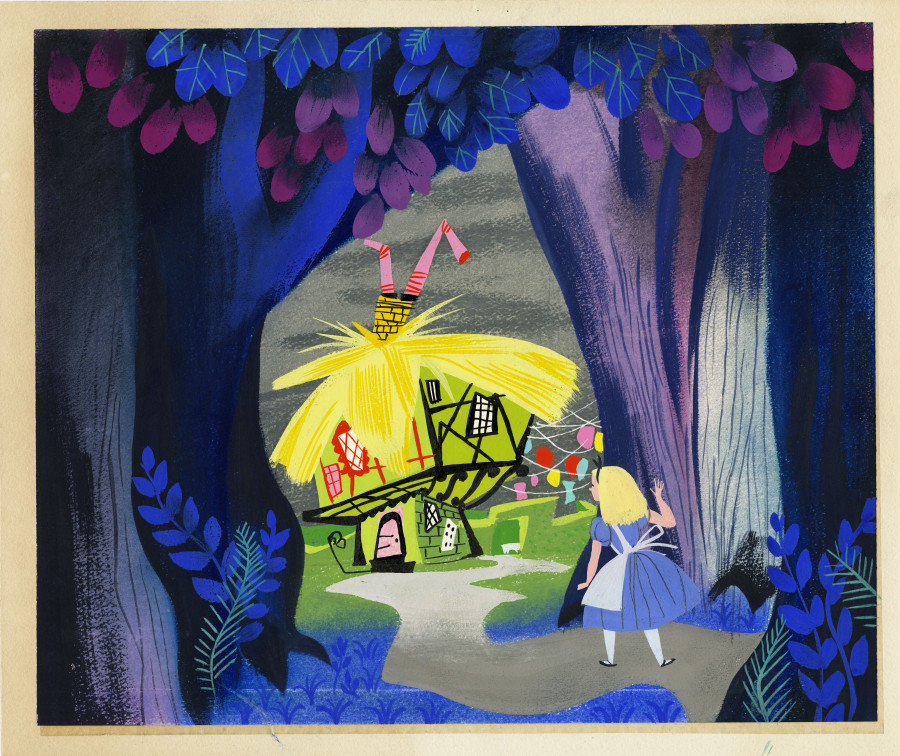 "One of Disney's Most Influential Female Artists Finally Gets Her Due": From the archives: The Huffington Post's Katherine Brooks celebrates the legacy of Mary Blair.

“You might not be familiar with the name Mary Blair, but it’s more than possible you’re aware of the work the late artist has produced and inspired. Blair, an Oklahoma-born artist who climbed the ranks of Disney’s art department in the 1940s, ‘50s and ‘60s, is one of the masterminds behind animated films like ‘Cinderella,’ ‘Alice and Wonderland’ and the unforgettable ‘Peter Pan.’ Her bright designs and modernist style reigned supreme at Walt Disney’s studio for nearly 30 years, during which she created iconic illustrations and drawings that would later be adapted into your favorite childhood movies characters — like Captain Hook and the White Rabbit. Blair joined the Disney regime in 1940, and after three months of painting watercolors in Mexico and South America and doing a stint on the set of a ‘Baby Ballet,’ Disney himself appointed her as art supervisor on works like ‘Saludos Amigos’ and ‘The Three Caballeros.’ By the next decade she was imagining the explosive color combinations and early character renderings for ‘Alice in Wonderland,’ ‘The Adventures of Ichabod and Mr. Toad,’ ‘Cinderella’ and ‘Peter Pan.’ ‘She brought modern art to Walt in a way that no one else did,’ the late animator Marc Davis once recalled of Blair’s work. ‘He was so excited about her work.’ Her insight wound its way into more than just films. In the 1960s, Disney recruited Blair’s expertise in the design and creation of the memorable ‘It’s a Small World’ ride, transforming her two-dimensional illustrations into three-dimensional works of art. With electric splashes of magenta, turquoise and lime green flowing through her drawings for both animations and theme parks, it’s no wonder her credit on ‘Peter Pan’ is listed as ‘color stylist.’” 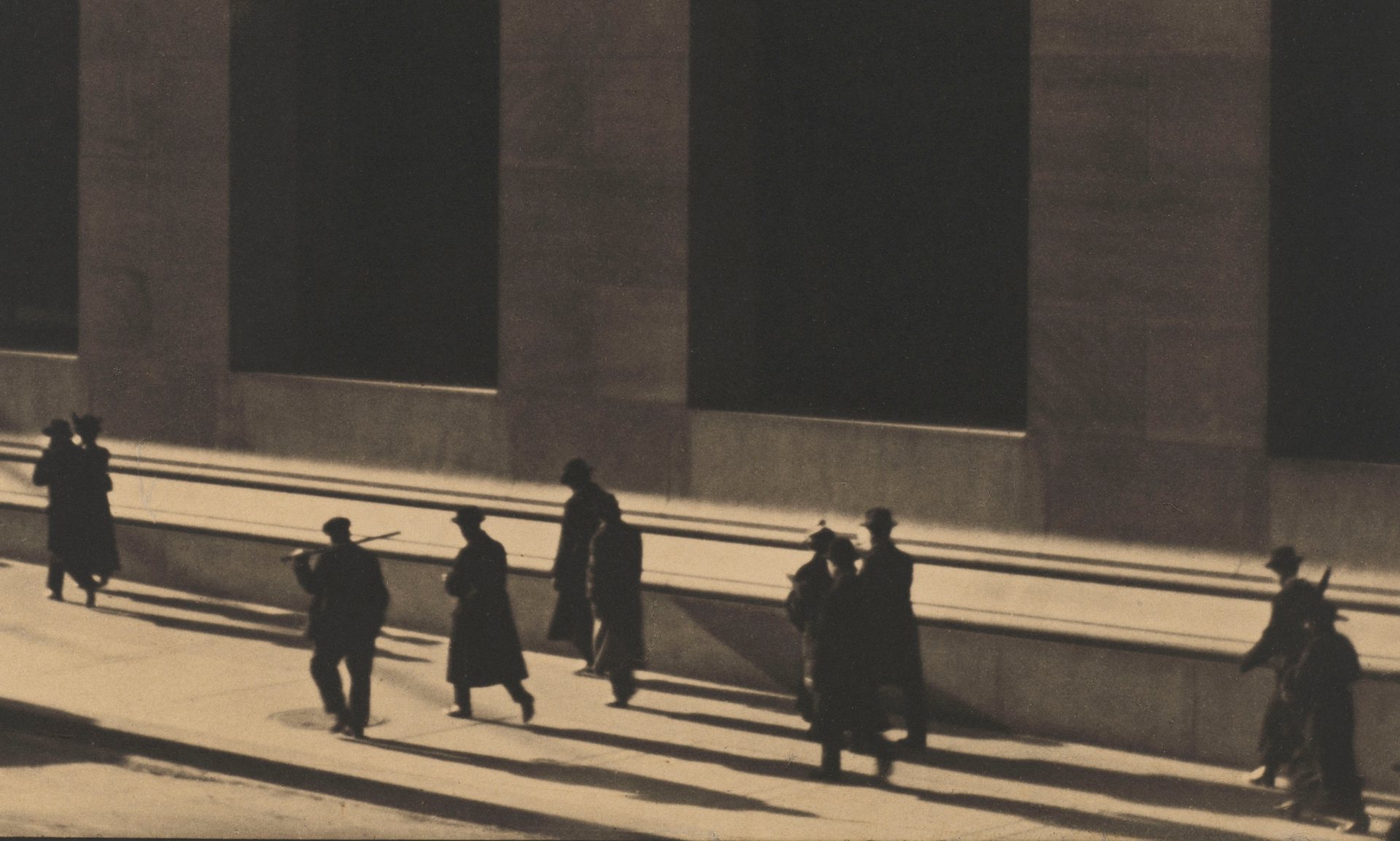 "Symphonies of steel and stone: silent cinema and the city": A look at the striking subgenre from The Guardian's Pamela Hutchinson.

“In the 1920s, the ‘city symphony’ transformed the raw material of actualities into something more musical, modern and unexpected. The genre was born with Paul Strand and Charles Sheeler’s ‘Manhatta’ (1921), which places lines from a Walt Whitman poem (‘Mannahatta’) between unforgettable images of New York City’s architecture, towering over its residents. You can see the complete version of ‘Manhatta’ at the Paul Strand exhibition currently at the Victoria and Albert Museum, along with one of his most famous photographs, which inspired the look of the film: 1915’s Wall Street. City symphonies are a distinct cinematic subgenre, more lyrical than a documentary, and rooted in one urban location. The most famous example is Walter Ruttman’s ‘Berlin: Symphony of a Great City’ (1927) from which the classification takes its name. Ruttman was an animator who had previously made abstract works but wanted to create ‘a symphonic film out of the millions of energies that comprise the life of a big city.’ It’s a brilliantly exciting movie, spinning from one corner of Berlin to the next, by turns dramatising the thrills of the big city and criticising its anonymity and cruelty. City symphonies represent the meeting point of two tracks of modernism: the development of the cinema and the growth of urbanisation. Avant-gardists, excited by both, created cinematic portraits of these new, glamorous and dangerous places to live. The films often take a deliberately musical, or symphonic, structure, arranged into movements, ebbing and flowing dynamically. They often follow the course of a single day. So ‘Manhatta’ begins with a scene of commuters disembarking a ferry en masse, and ends with a spectacular sunset. ‘Berlin: Symphony of a Great City’ opens with the morning trains rushing into the capital and closes late at night, with scenes of its notorious nightlife, and fireworks in the black sky.” 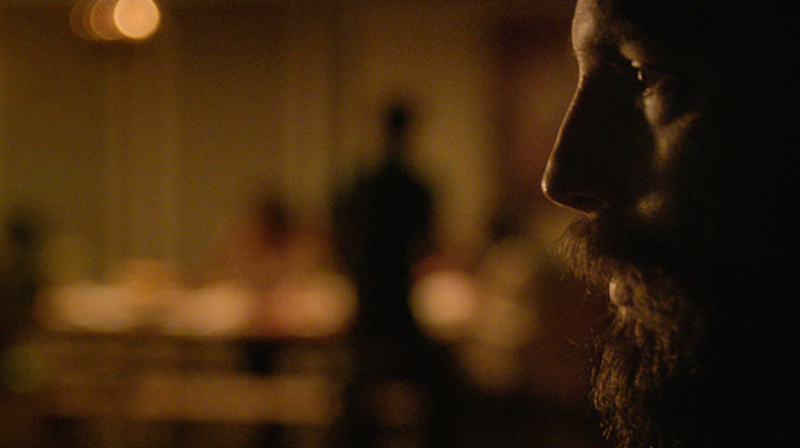 "'Framing is its Own Dark Art': Karyn Kusama on 'The Invitation'": In conversation with Filmmaker Magazine's Jim Hemphill.

“We had a two-day rehearsal process in our prep. In indie film terms, that’s a huge amount of time. And in terms of achieving what we needed to achieve in our 20-day shoot, it was absolutely the most valuable part of the process. We had all of the actors in the house we were shooting in, and we were able to choreograph the whole movement of the narrative. We worked through every scene of the script, and found an emotional and physical logic for every character through the night, down to every moment that someone gets up to refill a drink. It helped us to understand the unfolding of the night, and in those two days if there were actors who were meeting for the first time they certainly had bonded by the end of rehearsal. It was such a great experience. I also had a big dinner party the Saturday before we started shooting, and everyone was able to attend. It felt like we could really get to know each other as people before diving into this depiction of a realistic nightmare (and now that the cast has all seen the film there are a lot of jokes about how no one wants to come to my house for a dinner party again!). From the beginning there was a sense of shared endeavor among the actors. Everyone in the cast is a serious and thoughtful person. And every actor had a distinctive creative path to arrive at their characters — some of them are classically trained, some of them started in comedy, some of them started in music — but we all worked as a cohesive team. We were like a modern-day theater troupe. In terms of casting order, it was perhaps paradoxical. We always knew we wanted John Carroll Lynch for Pruitt and Lindsay Burdge for Sadie — and maybe because they’re the outsiders of the narrative it could work to cast them first. But the rest of the cast officially came together after I met with Logan Marshall-Green. I felt an immediate rapport with him, and I knew he would be sympathetic but also bring a latent danger to the role. Once he was on board we could build the relationships around him, particularly with Tammy Blanchard, who plays Eden, and Emayatzy Corinealdi, who plays Kira. Both of those women were actors I knew I wanted to work with even before I met with Logan.” 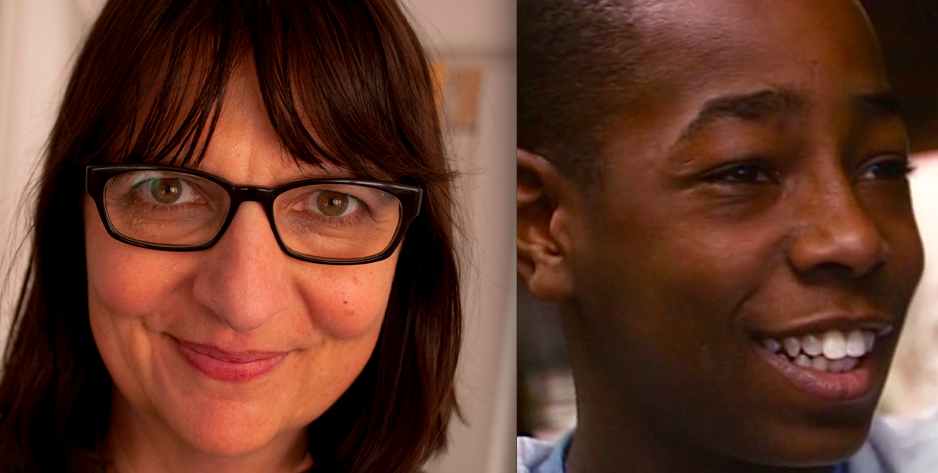 Susanne Suffredin and Arthur Agee, the post-production supervisor and subject (respectively) of Steve James's 1994 landmark documentary, "Hoop Dreams," will be on hand for talkbacks following a screening of the film as well as other short films curated by Chicago's Oracle Productions and Rebuild Foundation's Black Cinema House. Click here for more info on the screenings, scheduled from Thursday, March 31st, through Sunday, April 3rd.

Slate's Aisha Harris shares The Nerdwriter's fascinating analysis of "How Hitchcock Blocks a Scene" in his 1958 masterwork, "Vertigo."