"Of Mice and Women: The Strange Unraveling of Cinderella": Rob Walker, co-writer of the "Nostalgia Critic" series, writes a hilarious and insightful takedown of Disney's new "Cinderella" at Indie Outlook.

“The original animated Cinderella will never win any awards for its shining feminism: ‘Leave the sewing to the women!’ one of the mouse girls chirps to the boys. Yes, God help us if men became involved in fashion design. Apparently Uncle Walt didn’t foresee the rise of The Bravo Channel. Still, the film gets a bit of a bad rap as being an archaic example of early 50’s gender roles. Yes, they’re in there. But those were the times. And while the main character is essentially a slave, her character motivations at least made sense within the context of the story. Ironically, by trying to update this Cinderella by giving her the sort of education and independence the original never had, the reboot actually dumbs her character down to a crumbling pile of glaring inconsistencies. Remember, the original Cinderella lost her father as a little girl. This gave the film’s humorless, suffocatingly evil version of Lady Tremaine years to work her malevolent sorcery on an impressionable child. Not so in the new film. New Cinderella (Lily James) is clearly on the cusp of adulthood when her father dies. The new Lady Tremaine (played by Cate Blanchett, fresh from the Glenn Close School of Cruella De Vil Scenery Chewing) should have had less to work with. So one wonders how this updated Tremaine, with her tacky tastes and penchant for silly laughs, can’t be outwitted by a girl who – by all outward appearances –is practically a grown adult. The new Tremaine never exudes any real authority. In fact, her oh-so-clever means of enslaving Cinderella relies on a series of passive aggressive plays on Cinderella’s kindness. Essentially, she writes Cinderella out of the picture not because she’s bone chillingly threatening, but because Cinderella surrenders herself like a wet doormat. A bit of a muddled moral there: kindness lands you in the attic.” 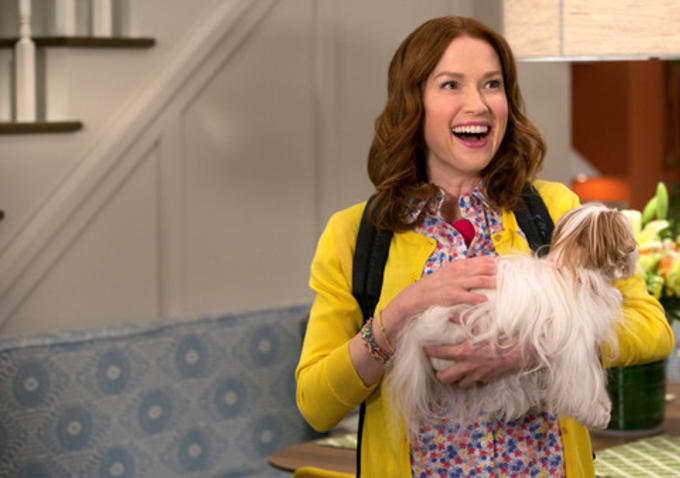 "How 'The Unbreakable Kimmy Schmidt' Skewers Empowerment Culture": Another great piece by Arielle Bernstein at Indiewire.

“One of the most subversive things about ‘The Unbreakable Kimmy Schmidt’ is the way the show satirizes the way that survivors are often victimized by a culture that cares more about juicy details than actual healing. The show also demonstrates how the ‘women are strong’ narrative that emerges from this culture might not be as feminist as one might hope. On the one hand, the narrative of female strength frees women from the stereotype of femininity as weak and submissive. On the other, it presents female strength as deriving entirely from the ability to endure patriarchal injustice after patriarchal injustice over and over again. In this way, ‘The Unbreakable Kimmy Schmidt’ also skewers ‘empowerment culture,’ from the girl power ethos of the 90s to today’s #yesallwomen activism. Women in empowerment culture band together out of necessity, not necessarily because they have a lot in common as individuals, or truly want to be friends, or comrades in arms. The four ‘mole women’ could not be more different from each other in interests, attitudes in life, cultural background, or intellectual ability. Similarly, Kimmy and Jacqueline bond over their identity as women and survivors, but could not be more different in about every other way imaginable.” 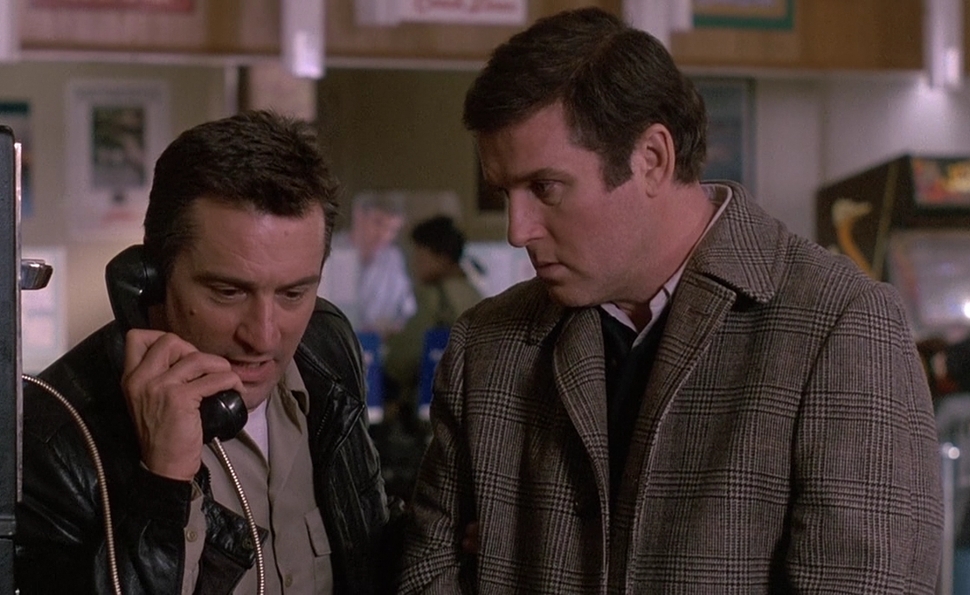 "Charles Grodin and the fine art of reaction in 'Midnight Run'": Scott Tobias of The Dissolve pays tribute to the criminally underutilized gifts of the brilliant character actor.

“Grodin has never cared about being liked, or at least he has never made it a priority. He relishes the chance to be a gnat constantly buzzing around the ear, dodging every futile attempt to swat it away. Grodin plays that gnat to perfection in Martin Brest’s ‘Midnight Run,’ one of the most entertaining studio movies of the 1980s, and Robert De Niro, irritable and erratic, does the swatting. But what makes this perhaps Grodin’s best performance is how much range he finds within the seemingly restrictive confines of his deadpan persona. ‘Midnight Run’ is funny as hell, and that’s owed in large part to the comic friction between Grodin and De Niro, but Brest and his screenwriter, George Gallo, are more ambitious in their conception of the film than ‘buddy comedy.’ To quote Adam Scott, who recommended the film on this site, the film is a ‘full meal,’ a road picture that features action, comedy, and a couple of lump-in-the-throat moments that require more from the actors than mere comic chemistry. While De Niro does a lot of hilarious, profane gesticulation in the film, Grodin affects a serene calm that nonetheless runs the gamut from calculated annoyance to a persistent decency that gives the story its heart. And often he does it with just a shift of the eyes.” 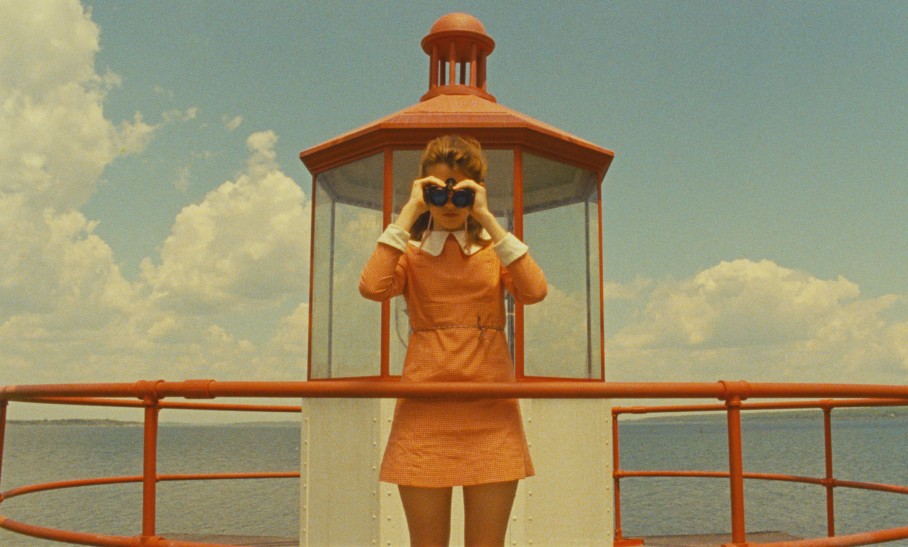 "Putting the 'use' back in fair use": The Washington Post's Sonny Bunch champions the art of the video essay.

“As the IDA notes, the exemption process is cumbersome and takes place just once every three years, an absurd length of time given the increasingly fast clip at which video quality is improving – and visual art forms are evolving. The ‘video essay,’ for instance, has exploded in popularity as high speed Internet access has increased and the tools needed to create such projects have plummeted in cost. ‘[I]n an age of hyper social media and over saturated online content creation, the video essay form was the perfect medley for retooling existing media in an effort to discover new meanings or alternative interpretations,’ Nelson Carvajal wrote in 2013. We see examples of this new form virtually every week. Sometimes it’s a new super cut; I particularly enjoyed the recent mashup of fake movies in movies by the Screen Junkies. Other times they take the form of an examination of a specific filmmaker’s tendencies, such as this look at Wes Anderson’s almost fetishistic predilection for centering his shots. And then there are documentaries, such as Thom Andersen’s brilliant ‘Los Angeles Plays Itself,’ an almost-three-hour film examining the ways in which Los Angeles has been used by the film industry that failed to find distribution for more than a decade thanks to copyright concerns. (You can finally watch Andersen’s film on Netflix now.)” 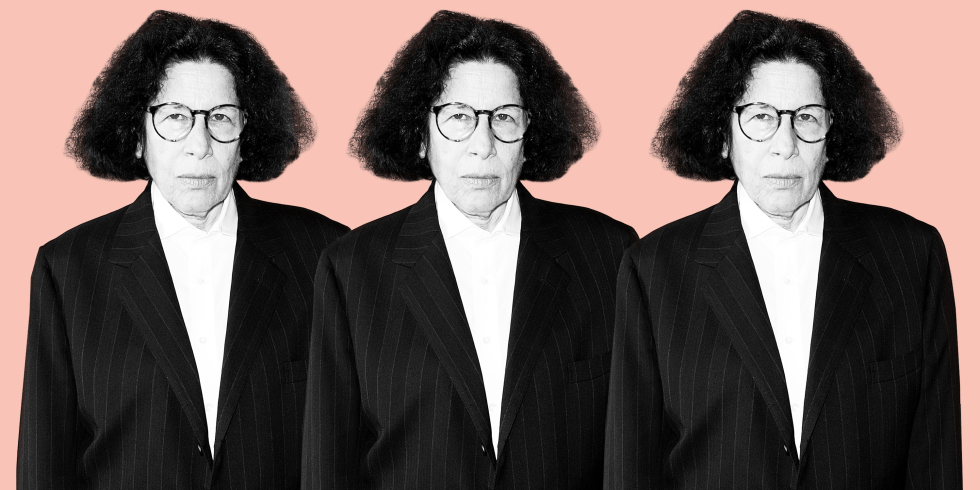 "Yoga Pants are Ruining Women and Other Style Advice from Fran Lebowitz": Elle's Kathleen Hale chats with the iconic cultural critic, and the results are delightful.

“People care more about trends now than they do about style. They get so wrapped up in what's happening that they forget how to dress, and they never learn who they are because they never learn how to take care of anything. So much of what my generation was taught regarding clothes was how to make them last. How to wash and care for them.I take very good care of my clothes. When I get home, I instantly hang up my jacket. If it's hot outside, I'll hang it on the shower rod so that it can air out a bit before I put it away. That's the first thing I do. Then I'll hang up my shirt if I'm going to wear it again that night, and I change into another shirt that I just wear around the house. It's from high school and has holes in it. I love it because it's mine and because nobody sees me in it, ever. I put my cufflinks in their little box. I shoeshine once a week. My jeans go in the washing machine, my shirts go out (they're starched), and my clothes that need to be dry-cleaned go to the most expensive dry-cleaner. I dry-clean as infrequently as possible—not only because it's psychotically expensive, but also because who knows what it does to the clothes? Dry…clean. These words don't go together. Wet clean—that is how you clean. I can't even imagine the things they do at the drycleaner. I don't want to know.” 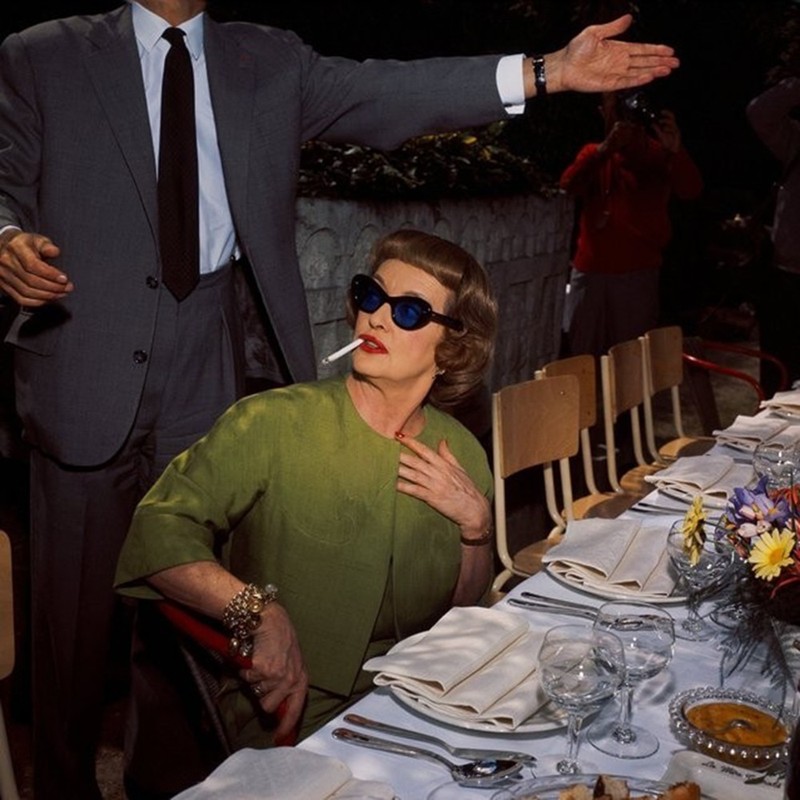 Visconti and Mann from Pasquale Iannone on Vimeo.

Pasquale Iannone has put together a splendid video essay on the work of Luchino Visconti and Thomas Mann.