"Inside the 'Midnight Rider' Manslaughter: Will Hollywood Learn From the Death of Sarah Jones?": An essential piece from The Daily Beast's Jen Yamato.

“[‘Midnight Rider’ director Randall] Wallace had started his showbiz career with ’90s studio comedies ‘Class Act,’ ‘Houseguest,’ and ‘The Sixth Man,’ but reemerged a decade later as a smaller-scale director and producer with indie dramas ‘Marilyn Hotchkiss’ Ballroom Dancing and Charm School,’ ‘Nobel Son,’ ‘Bottle Shock,’ and ‘CBGB.’ Although he and Savin live in Los Angeles, Savannah had become his adoptive new work home, where local city officials welcomed their production company’s business and, sources say, swept safety violations under the rug on prior shoots. Miller embraced the perennial underdog-guerrilla spirit that gets most indie films made these days—the impulse to make the most out of spare resources, which industry pros also know tends to weed out complainers. He’d bragged in Q&As of breaking the rules by filming without permits on the NYC subway for his punk rock drama ‘CBGB.’ He surrounded himself with likeminded compatriots, like ‘Midnight Rider’ executive producer Nick Gant, owner of Savannah-based Meddin Studios, who had once allowed his own young son to run through a field of cows just so Miller could get a shot. According to his lawyer, Miller had never himself been to the Doctortown train trestle before he arrived that afternoon to shoot a dream sequence in which the aging Allman sees his dead brother Duane, played by actor Wyatt Russell (son of Kurt), across a bridge.” 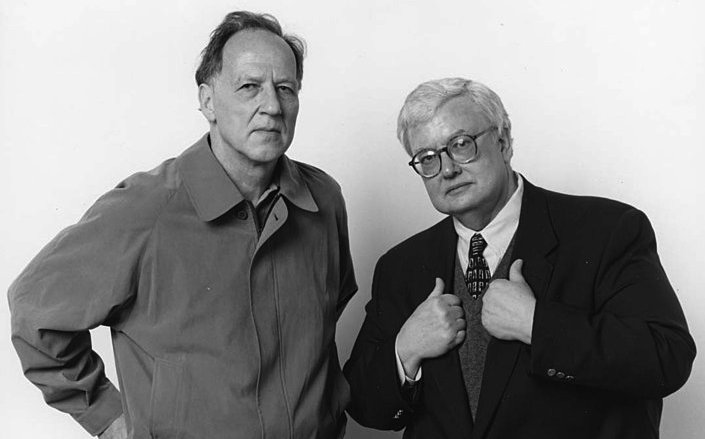 "Roger Ebert, 'Life Itself' and Conflict of Interest in the Digital Age": Lauren Wissot of Hammer to Nail offers her own thoughts on the subject, contrasting Ebert's views with that of Richard Corliss.

“Corliss, in contrast, pretty much states in ‘Life Itself’ that he wants nothing to do with the filmmakers whose films he writes about. I assume this is out of a sense of cinematic purity, to keep things as objective as possible in a highly subjective profession. Which strikes me as fairly ridiculous, especially since COI has been going on in the arts for far longer than Siskel and Ebert have been household names. Does anyone really think that Jackson Pollock–as great a painter as he may have been–would have ended up a legend had he never met the influential art critic Clement Greenberg, who became both his close buddy and relentless champion? Corliss may have qualms, but I personally see nothing wrong with this setup – provided there’s transparency (such as the disclosure Ebert made in his ‘Dear Werner’ letter). Indeed, we’re now firmly in the digital age, a time when the bottom has fallen out of film journalism and a huge swath of critics have diversified into other film related, and potential COI, areas. Let’s be honest. Many critics are filmmakers themselves, programmers, educators and more, often rubbing shoulders with those whose work they may end up writing about. (Not to mention the publicists – heck, I don’t know how you can’t become at least somewhat friendly with PR folks you deal with on an everyday basis. And this, mind you, has been going on for far longer than the Internet’s existence.)” 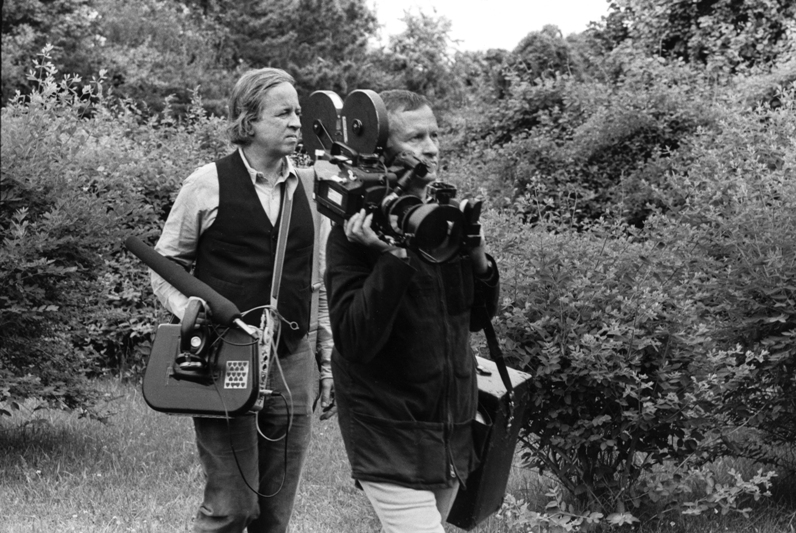 "The Thing You Didn't Know About Documentary Filmmaker Albert Maysles": Arun Chaudhary of The Jewish Daily Forward pens a eulogy "from one sound man to another."

“Even as dialogue plays, his camera will leave the subjects to capture the images behind the background noises: children playing with noisy wooden toys in a living room, that sort of thing. Traditionally, we see these images as ‘cutaways’ in films, shots that cover up the editing happening in the dialogue, so the editor can cut back to the face seamlessly. But Albert confidently films these environmental moments as primary footage, sometimes even walking away from his subjects in mid-sentence even as his brother David would keep the mic on the speaker. Over and over again, we pan from sources of ambient noise to the faces of the subject. Emphasis on pan. That means these shots are one continuous take. Albert is making editing decisions that can’t be undone in the camera itself. And he is making these decisions on the basis of sound.Here’s an example with a writerly touch: There’s a scene in ‘Salesman,’ which follows four struggling door-to-door Bible salesman, in which the Maysleses suggest the poverty of a family not by narration or even dialogue but through the ambient audio track. The man of the house, a tired-looking fellow in a faded undershirt, puts on a record when he sees he has company. He’s clearly proud of his selection, and the scratchy Muzak cover of the Beatles’ ‘Yesterday’ that comes on competes with the strained dialogue for the viewer’s attention and beautifully encapsulates the sadness of the scene. Lesser filmmakers might’ve asked the man to turn it down and missed a powerful opportunity.” 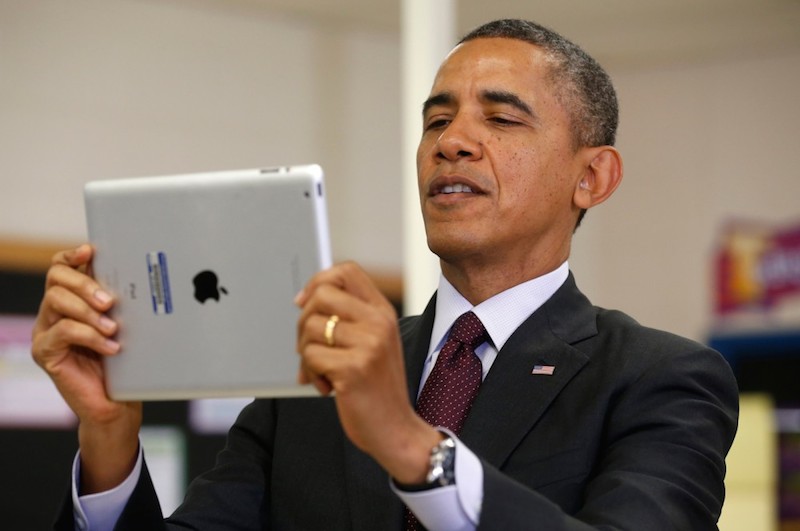 "iSpy: The CIA Campaign to Steal Apple's Secrets": The Intercept's Jeremy Scahill and Josh Begley deliver a report that is mandatory reading for any owner of an Apple product.

“Researchers working with the Central Intelligence Agency have conducted a multi-year, sustained effort to break the security of Apple’s iPhones and iPads, according to top-secret documents obtained by The Intercept. The security researchers presented their latest tactics and achievements at a secret annual gathering, called the ‘Jamboree,’ where attendees discussed strategies for exploiting security flaws in household and commercial electronics. The conferences have spanned nearly a decade, with the first CIA-sponsored meeting taking place a year before the first iPhone was released. By targeting essential security keys used to encrypt data stored on Apple’s devices, the researchers have sought to thwart the company’s attempts to provide mobile security to hundreds of millions of Apple customers across the globe. Studying both ‘physical’ and ‘non-invasive’ techniques, U.S. government-sponsored research has been aimed at discovering ways to decrypt and ultimately penetrate Apple’s encrypted firmware. This could enable spies to plant malicious code on Apple devices and seek out potential vulnerabilities in other parts of the iPhone and iPad currently masked by encryption. The CIA declined to comment for this story.” 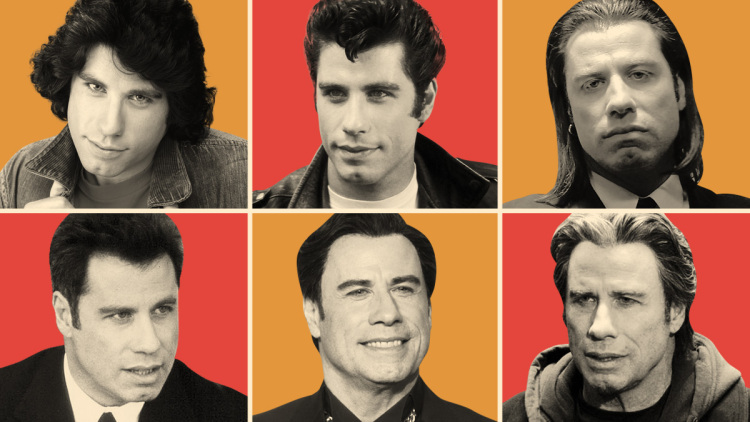 "Career Deconstruction: What the F#$% Happened to John Travolta?": Grantland's Steven Hyden explores a once formidable Hollywood career that has endured multiple comebacks, not to mention a few mangled names.

“Let’s skip ahead 21 years to the trailer for Travolta’s upcoming film, ‘The Forger.’ It might as well be a trailer for any Travolta film from the past several years. That confounding hairy gumdrop on Travolta’s chin is comparable to his dumb facial hair in 2010’s ‘From Paris With Love,’ in which he resembled Bernard Kerik after a Guy Fieri makeover. That inscrutable accent (Boston? Brooklyn? Psychlo?) is reminiscent of Travolta’s stab at a Bosnian dialect in 2013’s ‘Killing Season.’ (Travolta’s facial hair in that movie is pretty stupid, too.) In ‘The Forger,’ Travolta once again plays a weary, untrustworthy S.O.B. who arouses suspicion in those around him, just as he did as a corrupt federal agent in 2012’s ‘Savages.’ On the bright side, Travolta’s character doesn’t have an idiotic neck tattoo, like in 2009’s ‘The Taking of Pelham 1 2 3.’ But I don’t rule out a surprise third-act inking. Most actors are vessels for the plot contrivances of storytellers and the aspirations of the audience. We all want Jennifer Lawrence’s moxie, Leonardo DiCaprio’s magnetism, and George Clooney’s chin. Travolta is different. He’s a mirror. He always reflects back how the audience sees him. When Travolta is adored onscreen — whether it’s by the patrons at the 2001 Odyssey disco or the excitable ’70s pop culture junkie behind the camera — we are more likely to enjoy watching him. Conversely, when Travolta is reviled in the culture, it seems to coincide with him being a little uglier in his films.” 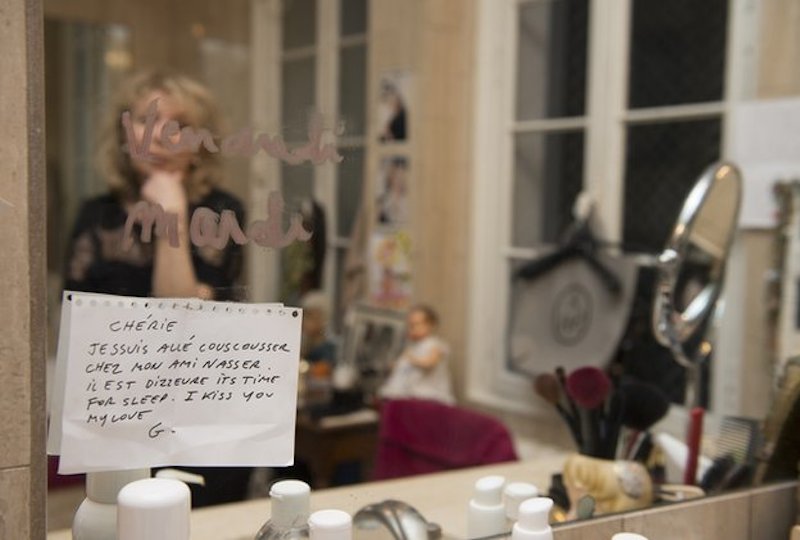 At BBC News, Maryse Wolinski remembers her late husband, cartoonist Georges (killed in the Charlie Hebdo massacre), and how the "notelets" he left for her helped ease her grief.