"A Plagiarism Scandal Is Unfolding In The Crossword World": As reported by Five Thirty Eight's Oliver Roeder.

“A group of eagle-eyed puzzlers, using digital tools, has uncovered a pattern of copying in the professional crossword-puzzle world that has led to accusations of plagiarism and false identity. Since 1999, Timothy Parker, editor of one of the nation’s most widely syndicated crosswords, has edited more than 60 individual puzzles that copy elements from New York Times puzzles, often with pseudonyms for bylines, a new database has helped reveal. The puzzles in question repeated themes, answers, grids and clues from Times puzzles published years earlier. Hundreds more of the puzzles edited by Parker are nearly verbatim copies of previous puzzles that Parker also edited. Most of those have been republished under fake author names. Nearly all this replication was found in two crosswords series edited by Parker: the USA Today Crossword and the syndicated Universal Crossword. (The copyright to both puzzles is held by Universal Uclick, which grew out of the former Universal Press Syndicate and calls itself ‘the leading distributor of daily puzzle and word games.’) USA Today is one of the country’s highest-circulation newspapers, and the Universal Crossword is syndicated to hundreds of newspapers and websites. On Friday, a publicity coordinator for Universal Uclick, Julie Halper, said the company declined to comment on the allegations. FiveThirtyEight reached out to USA Today for comment several times but received no response.” 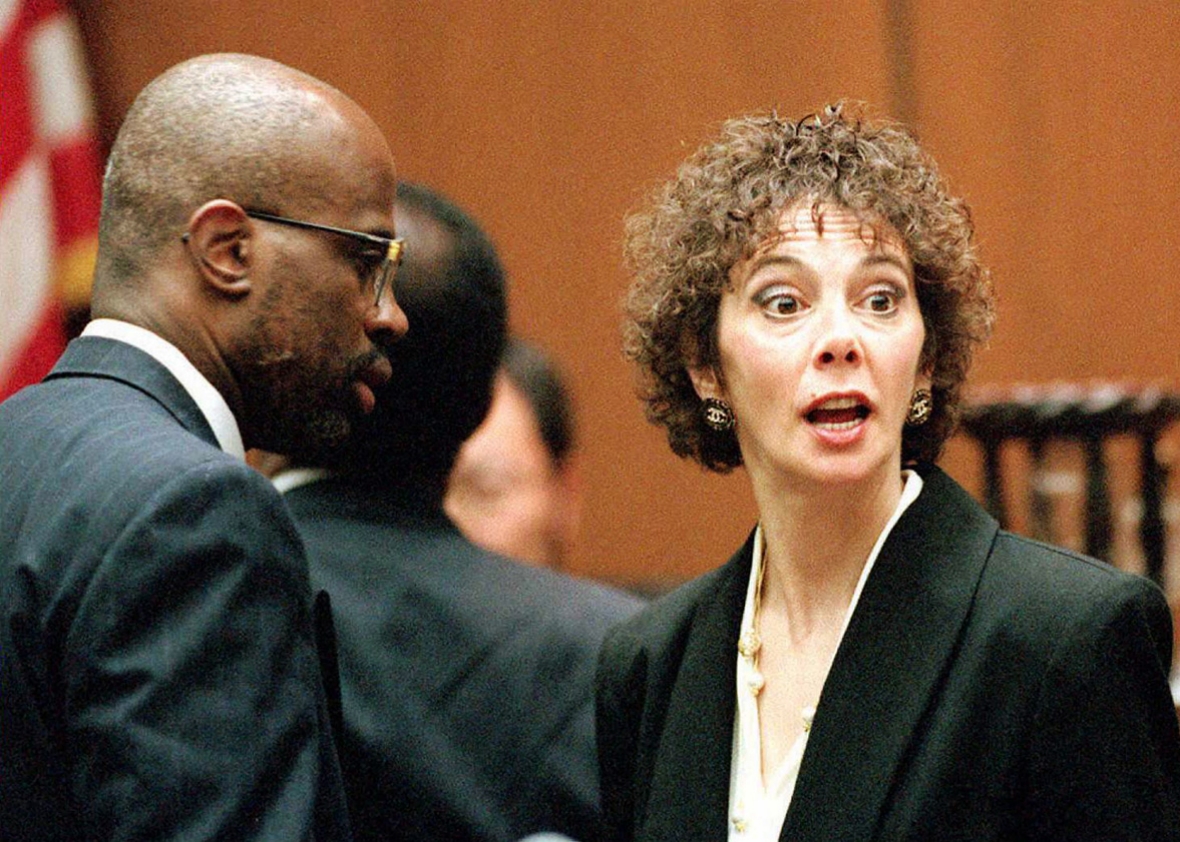 “[Slate:] ‘So, you and Jeff [Toobin] didn’t have that conversation?’ [Clark:] ‘I never had a conversation with him during the trial, period. I didn’t even meet him until after the trial, so I don’t know what he’s talking about. But he does a lot of that kind of stuff. He implies, he moves, you know what I mean? He’s kind of shifty in the way that he represents things, but I didn’t talk to him. And I certainly wouldn’t have said that. What is true is I did say, and this is what I said probably to the jury consultant, not Jeff, I said, ‘In previous trials, I had no problem with African-American women, even when the defendant was black. But I know it’s different in this case.’ And here’s the thing. It’s a stupid thing for him to say. It makes no sense. I sat in the focus group room and I [watched], you know? The hands went up, you know? They showed it in the series very well, that the racial divide was absolutely crystal-clear, couldn’t be more clear, and that women in particular, African-American women in particular, no fans of mine, so I wasn’t in denial about that. The question was, what do I do? I knew there were going to be African-American women on the jury, that it was unavoidable, and I’m not allowed to excuse any African-American juror based on race. That’s illegal, also unethical, and I can’t possibly excuse them all. So, the question was never whether they were fans of mine. That’s a silly thing to say. I knew it better.’” 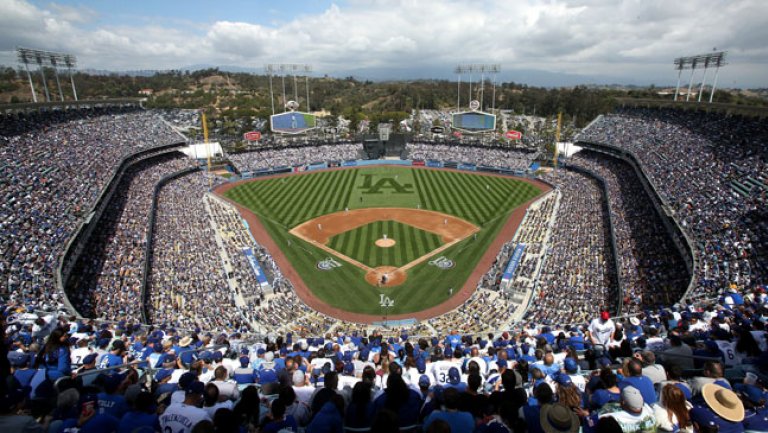 "ESPN Asked to Pay More Than $15 Million Annually to License Ambient Stadium Music": According to Eriq Gardner of The Hollywood Reporter.

“In response to ESPN's demand that a New York federal court determine a reasonable license fee for the performance of songs on its cable sports networks, licensing agency BMI is noting the ‘vast amounts of music played loudly and prominently in stadiums and arenas,’ ambient noise that is often picked up by the broadcaster's microphones and heard by its viewers. Although some might assume that the airing of such background music constitutes ‘fair use’ — see for example ABC's 1978 legal victory over a song played by a band at a televised parade — determining fair use is a case-by-case process that depends on the specific facts at issue. Thus, BMI says a blanket license that covers incidental and ambient uses is ‘particularly important.’ According to a court filing made by BMI on Tuesday, ‘Advertisers place a premium on live sporting events ... and ambient stadium music is a critical component of the broadcast that allows ESPN to attract viewers by making them feel like they are sitting in the stadium cheering on their favorite team.’ The argument aims to rebut ESPN's attempt to get a break on royalty payments that could amount to about $15 million per year. Last month, ESPN kicked off this rate-setting proceeding by talking how it ‘unlike typical television networks ... acquires music rights through direct licenses.’ ESPN still wanted a blanket license that would allow it to use BMI's catalog of approximately 10.5 million published songs, but thought the royalty rate should bear some proportional relationship to the amounts it directly paid songwriters and other publishers. ‘To date, BMI has refused to quote license fees to ESPN for the License Period that bear any such relationship and instead has insisted on license fees that completely ignore the best available evidence of the value of public performances of music on ESPN,’ states a petition. BMI believes this is misleading.” 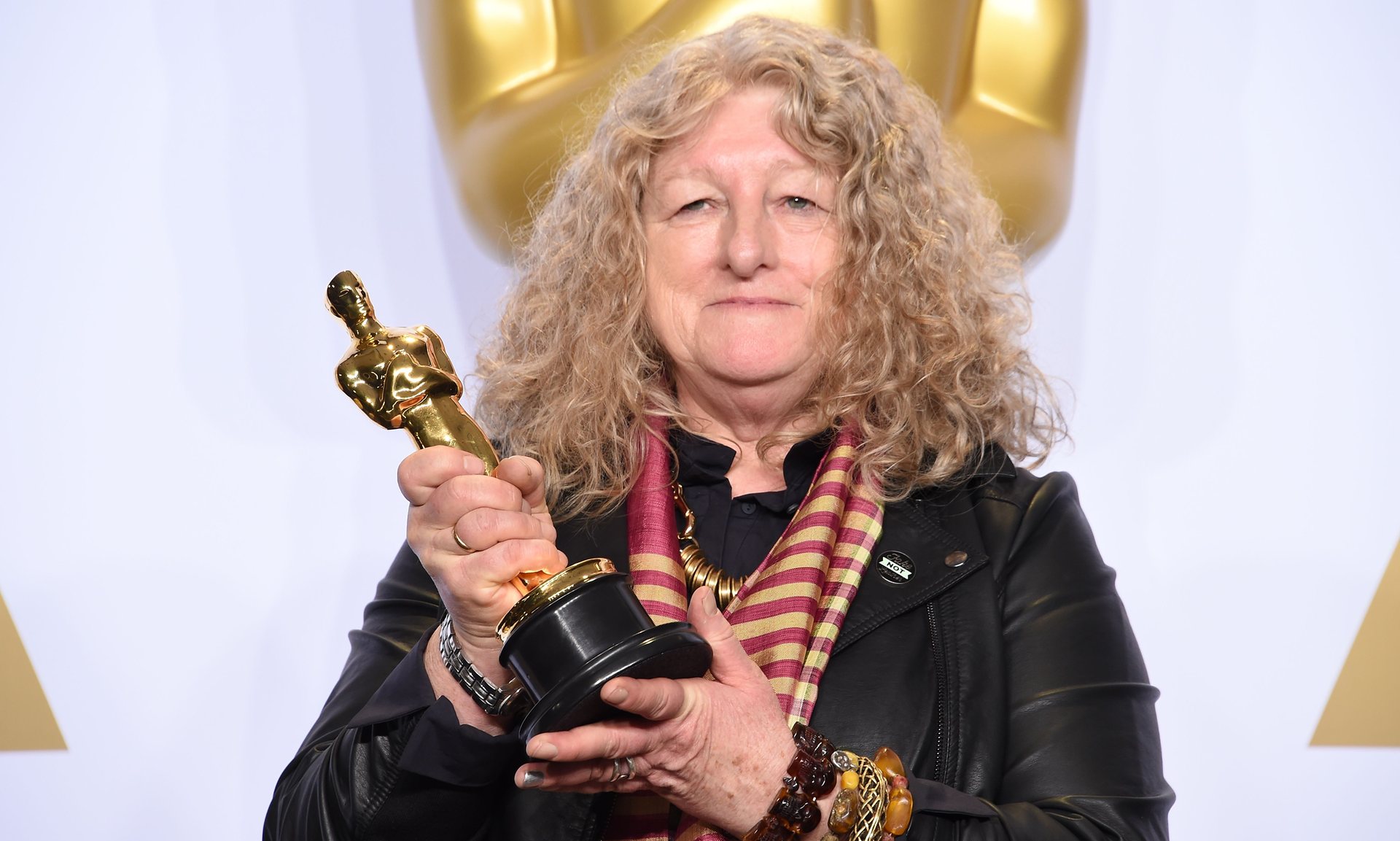 "Jenny Beaven's Oscars outfit struck a blow for all women": Argues Laura Bates at The Guardian.

“Beavan’s attitude to the kerfuffle was down-to-earth. She described her outfit as ‘a little bit of fun’ and, when asked about it backstage, said: ‘I just like feeling comfortable and, as far as I’m concerned, I’m really dressed up.’ After the furore over the audience reaction, she added: ‘People don’t have to clap for you. They don’t have to like the work … we had done a huge amount of clapping by that time.’ It is difficult to say for sure what caused the chilly responses from the men in the audience (Cate Blanchett, who presented Beavan’s award, looked downright thrilled – possibly she was contemplating ditching the heels and couture herself at the next awards shindig). But men are socialised into the notion that judging women is their role. Alejandro González Iñárritu, who won best director for ‘The Revenant,’ has publicly objected to the video, suggesting his reaction was taken out of context and that he did applaud Beavan a few moments later. Could it be that the clip went viral because people were quick to presume disdain on the part of the watching stars, precisely because of their own harsh judgment of Beavan’s appearance? Either way, it is telling that a woman daring to wear whatever she liked provoked an extreme reaction. That it should be revolutionary, in 2016, for a woman to wear what she feels comfortable in, is ridiculous. But it is. And so Beavan’s actions matter.” 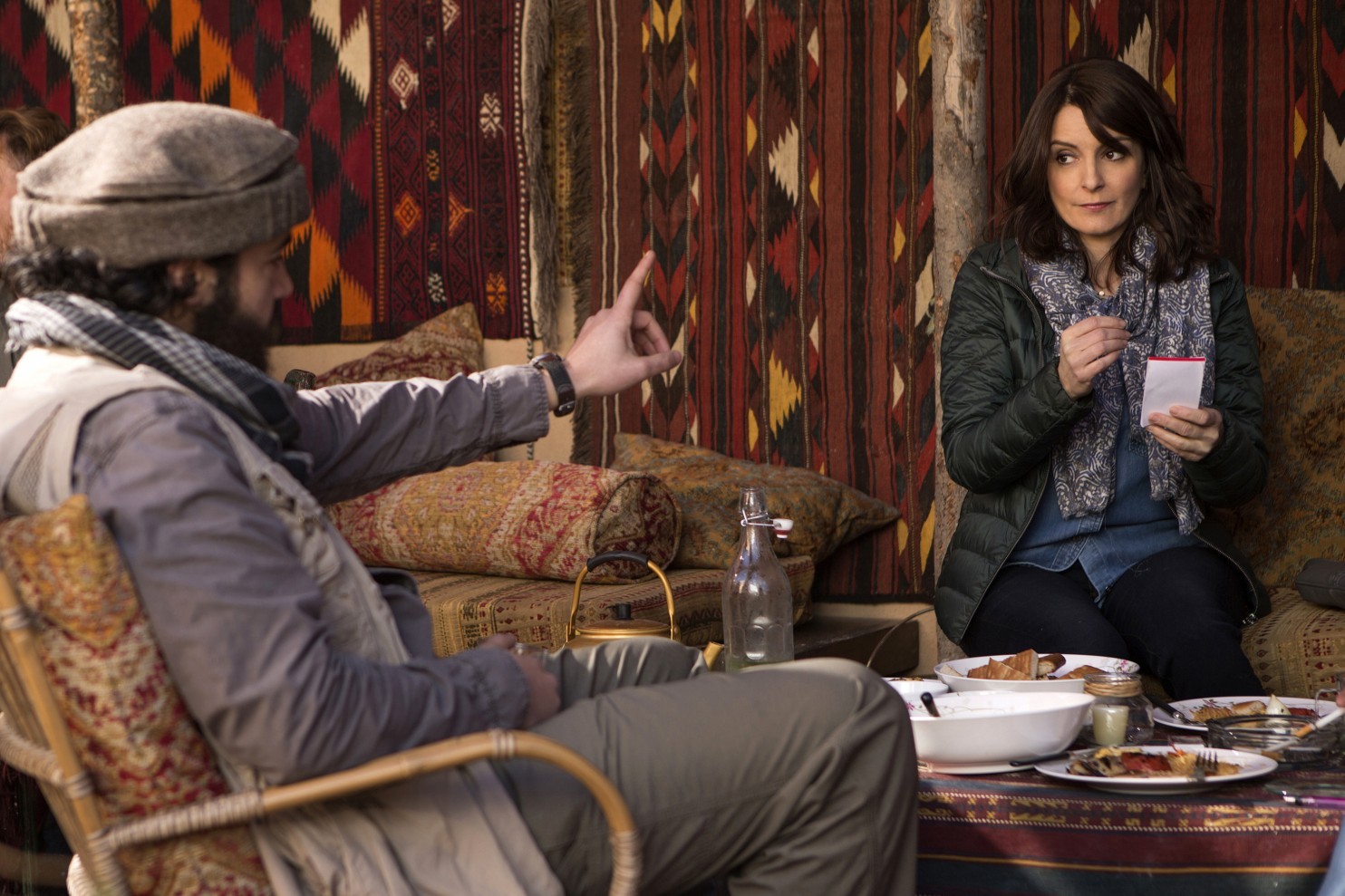 “First, the first poster for the Nina Simone biopic ‘Nina’ appeared, followed by an online trailer. The film, which stars Zoe Saldana, was promptly shredded for casting a light-skinned actress to play the far darker Simone. As words like ‘minstrelsy’ and ‘blackface’ flew, Simone’s estate tweeted to the actress, ‘please take Nina’s name out of your mouth. For the rest of your life.’ The sense of betrayal was palpable, as Simone’s identity — as a woman who fought not only racism but also colorism within the African American community — seemed to be rendered invisible by yet another lighter-is-better narrative. It’s an erasure firmly rooted in a film culture that, from its inception, has made a practice of denigrating and distorting black bodies, while elevating whiteness as its falsely ‘universal’ standard. No sooner had the ‘Nina’ controversy erupted than the movie ‘Whiskey Tango Foxtrot’ screened for critics and preview audiences. The film, starring Tina Fey as an intrepid, amusingly clumsy television reporter assigned to cover the war in Afghanistan, takes full advantage of its lead actress’s unforced warmth, in the service of a film that balances drama, romance and comedy with admirable skill. But in the midst of what could have been a thoroughly delightful mid-winter diversion, viewers are presented with the off-putting spectacle of two white actors — Christopher Abbott and Alfred Molina — portraying key Afghan figures in the story, one wearing layers of bronzing powder and a native pakol, the other leering from behind a bushy beard. WTF, indeed. Or, to quote John Oliver on the subject of Hollywood and whitewashing: How is this still a thing?” 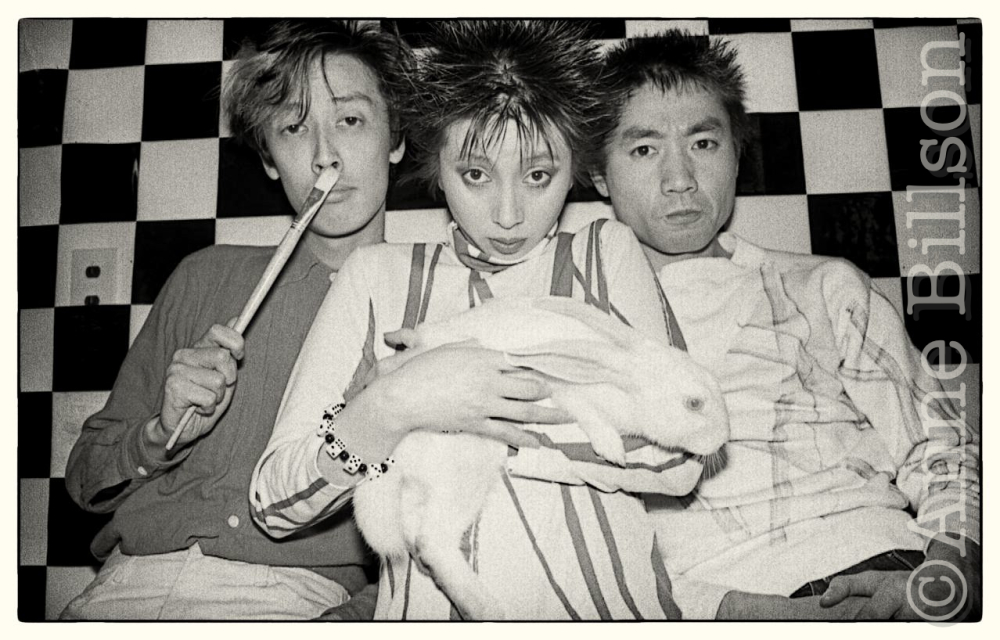 At her blog, Anne Billson shares some striking photographs she took of life in New York City circa 1980.