"5 Casting Directors Who Deserve Oscar Nominations": For some inexplicable reason, the Academy Awards have yet to create a category for Casting Directors. Katey Rich at Vanity Fair does it for us.

"Though documentaries like Casting By and even an open letter from Woody Allen have boosted their profiles, casting directors still don’t receive Oscars—which is why we’ve stepped in to pick five of them whom we’d nominate were we in charge. We spoke to the five women responsible for some of the most diverse and surprising casts of 2013, from authentic teenage faces to well-known directors in supporting roles to a multi-talented actor who, crucially, wasn’t allergic to cats." 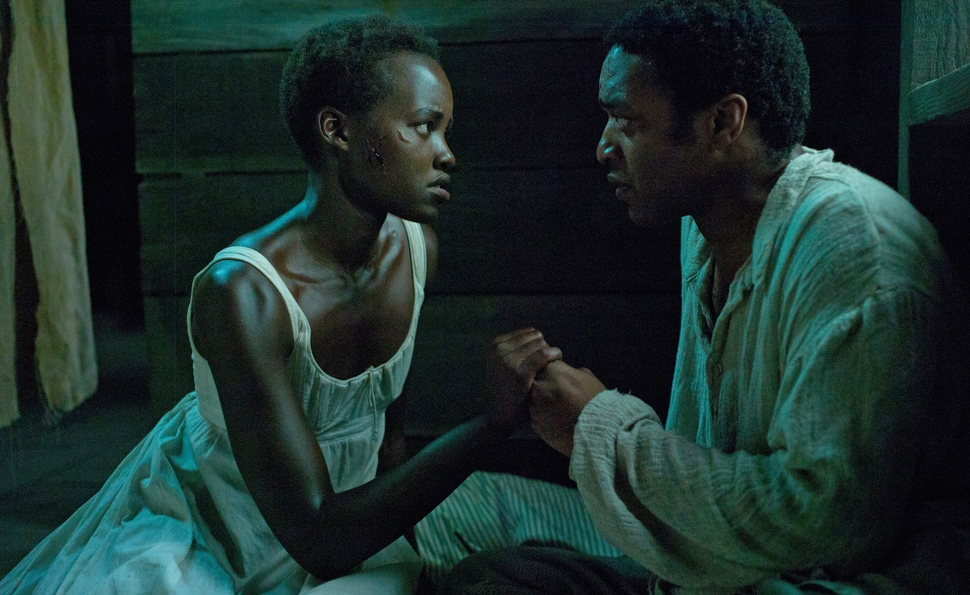 "The Predictability of Oscars Season": Jen Chaney at The Dissolve rightly decries the utter predictability (and monotony) of the Oscars and Oscar season.

"The act of picking and forecasting the Academy Award winners in advance is not new, or even semi-recent. GoldDerby, Tom O’Neil’s award-tracking website, has existed since 2000. Entertainment Weeklyhas been doing its strain of informed Oscar guesswork since 1990, the first year of the publication’s existence. Roger Ebert and Gene Siskel used to select their own Oscar victors in an annual television special called Siskel And Ebert: If We Picked The Winners that was born in the early 1980s. (Some episodes—including this gem, which singled out Tom Cruise in Born On The Fourth Of July over Daniel Day-Lewis in My Left Foot for 1989’s Best Actor—can be be found in full online.) And long before all that, avid film fans were turning their own pre-Oscars preferences and conjectures into an annual sport." 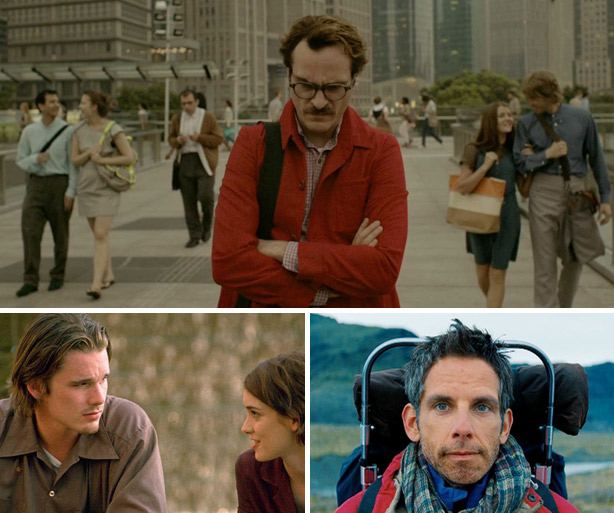 "Generation X's Midlife Crisis Bites Back": At Esquire, Logan Hill writes about Generation X's midlife crisis in relation to Her, Reality Bites and The Secret Life of Walter Mitty.

"And why not? Gen X — a term that's still most accurate when applied to the sort of person who has strong opinions about Pavement and less useful when not — is that rare generation that wasn't defined by war, depression, or social upheaval. It was named for its lack: that "X," which stood primarily for all those X-ed out marriages. Latch-key kids like Troy Dyer were birthed by the same adults who created record-breaking divorce rates and a pop culture seeded with midlife crisis tales (from Thirtysomething to John Irving). Gen X was literally born into midlife crisis: 1965 marks both the beginning of "Gen X" (which includes anyone born between then and Reagan's election) and the birth of the phrase "midlife crisis," coined that same year by psychologist Elliot Jacques" 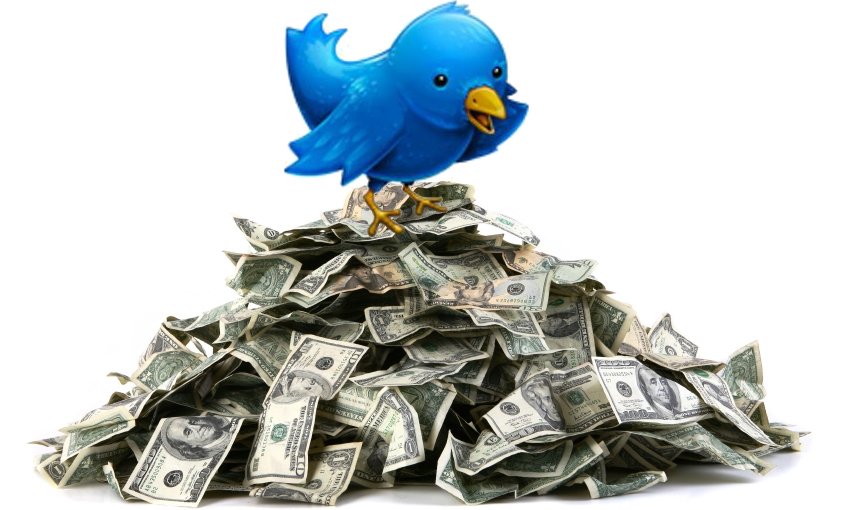 "The $1M-A-Month Business Behind Your Favorite Twitter Accounts": It turns out some of the most popular Twitter accounts are making money for their tweets. Read more by J.J. Colao at Forbes.

"If you’re one of the 1.14 million followers of the @HistoryInPics Twitter account, which posts delightfully obscure pictures of historical subjects and events, you may have asked yourself, 'Are they making any money off this?' The answer is yes. Quite a bit of money. The account is one of 200 across Twitter, Facebook and Instagram run by Social Trends Media, a young company headed by CEO Eric Damier, 30, and cofounders Xavier Di Petta, 17, Kyle Cameron, 19 and Paul Pliesovsky, 36. After launching during the last week of November, they did $800,000 in sales in December, then another $120,000 the first week of January before pulling back to work out some technical kinks. Once they relaunch in full force—Damier is aiming for next week—they hope to do $1.2 million in March."

"The Male Gaze and Criticism": Colin Biggs on the white men who predominately populate the film and TV criticism industry. Read more at Movie Mezzanine.

"It’s easy to forget sometimes that film/television critics are a homogeneous group (white men predominantly). A group of males that spend a majority of their time discussing their favorite shows and movies, and sometimes debating when consensus isn’t had. These conversations are sometimes polite, sometimes not, but most avoid the realms of abusive behavior. However, when gender dynamics come into play, all bets are off." 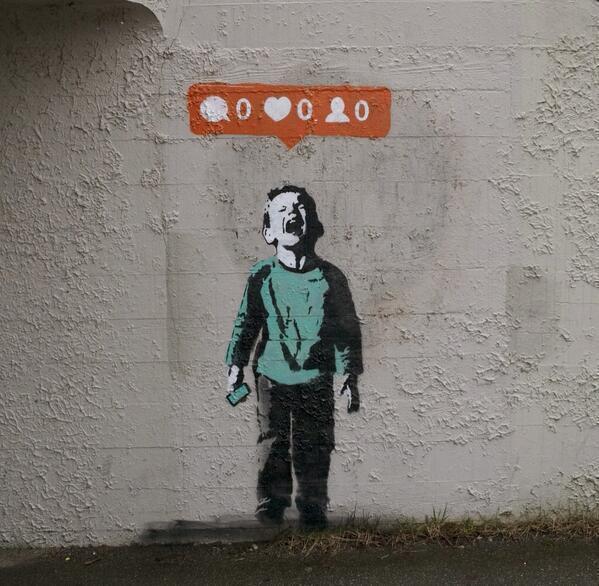 Banksy's latest piece of art serves as a commentary on our incessant need for retweets, favorites and likes on social media.