"Rooney Mara: 'I've been on the wrong side of the whitewashing debate'": The Oscar nominee chats with The Telegraph's India Sturgis.

“‘Here is the thing, I have a lot to say and I have very strong opinions about it, but it is such a sensitive issue I don’t want to reduce it to a sound bite,’ she explains, clearly, of her refusal to be drawn further. ‘I feel like that is what is happening. It is being turned into pull quotes and headlines, and that isn’t opening up a conversation so much as pointing fingers at people and taking their awards out of context. I don’t want to step into the conversation in that way.’ She has prior experience of such tricky conversations about Hollywood whitewashing. Last year, she was heavily criticised for taking the role of Tiger Lily in Joe Wright’s Pan - the character is Native American in both JM Barrie’s 1911 novel Peter and Wendy, and Walt Disney’s 1953 animated film ‘Peter Pan.’ A petition to Warner Bros, objecting to her casting, garnered 96,000 signatures.It was, she admits with understatement, a ‘tricky thing to deal with. There were two different periods; right after I was initially cast, and the reaction to that, and then the reaction again when the film came out. I really hate, hate, hate that I am on that side of the whitewashing conversation. I really do. I don’t ever want to be on that side of it again. I can understand why people were upset and frustrated.’ Mara maintains that director Joe Wright’s intentions were ‘genuine’ and insists she loved being part of the production. Still, she says, ‘Do I think all of the four main people in the film should have been white with blonde hair and blue eyes? No. I think there should have been some diversity somewhere.’” 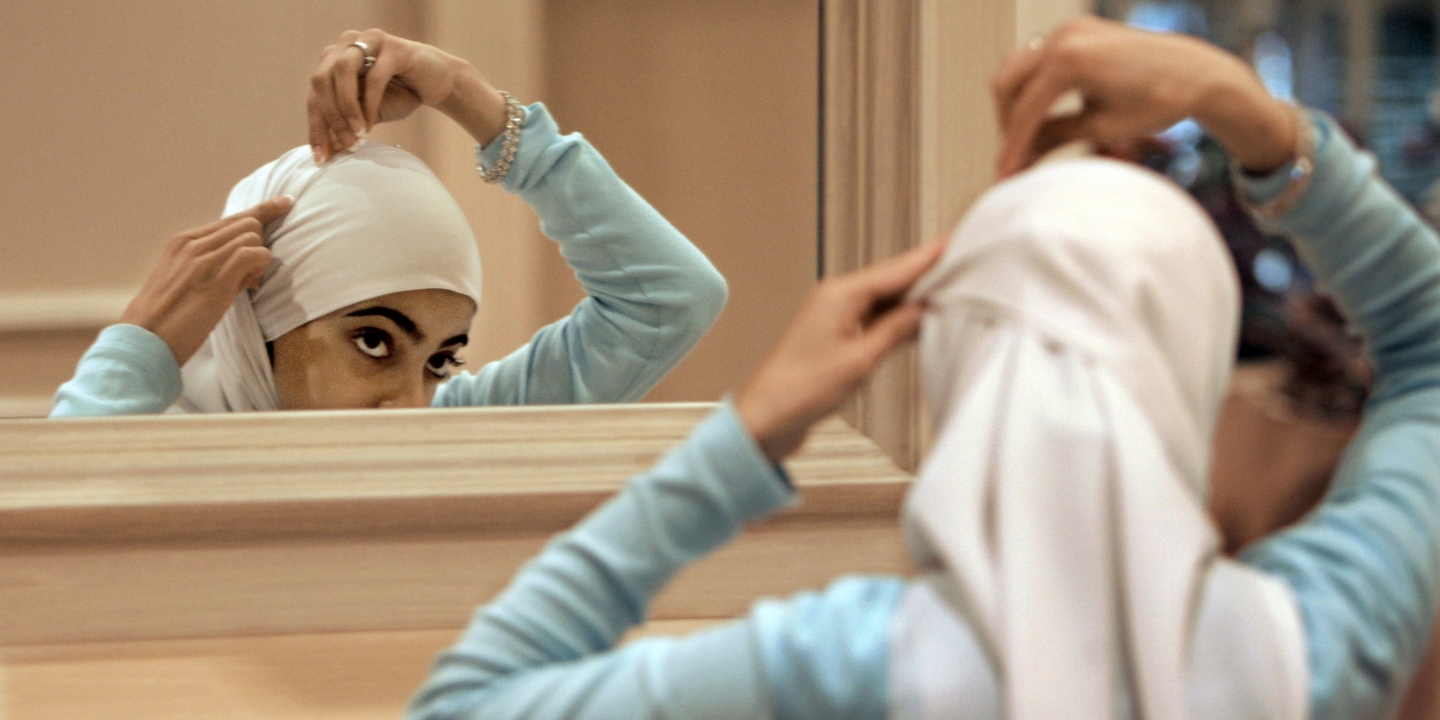 “[Dr. Tawfik] Hamid’s theory of radicalization states that terrorism stems from a lack of sexual activity among young men and that addressing this issue is key to reducing support for militant groups. ‘I believe young Muslims are motivated to join radical groups because of sexual deprivation,’ he writes, claiming further that ‘addressing the factors causing deprivation in this life can interrupt the radicalization process and reduce the number of suicide attacks by jihadists.’ An expert on the subject of foreign fighters disagrees. ‘There is virtually no evidence that sexual deprivation is somehow a cause of radicalization, or suicide attacks,’ says Amarnath Amarasingam, a fellow at George Washington University’s Program on Extremism. ‘From my interviews with jihadists in various organizations, it is clear that they are there for a complex variety of reasons. To simply attribute their motivations to sexual depravity is to miss the point entirely.’ An accompanying chart that describes Hamid’s purported theory of radicalization is similarly unfounded. ‘One thing that is absolutely clear from studies of radicalization is that this conveyor belt model from ‘conservative beliefs’ to ‘violence’ is incorrect,’ Amarasingam says. Ingrid Mattson, a professor of Islamic Studies at the University of Western Ontario, said Hamid’s comments about the hijab are baffling. She pointed out that the garment is worn by an incredibly diverse array of women, including Nobel Peace Prize recipient Malala Yousafzai, who was the subject of a Taliban assassination attempt after she campaigned for women’s rights in northwest Pakistan. ‘Is hijab any Muslim woman’s headcover? Any style, any country? Because covering the head is very widely observed among Muslim women,’ Mattson says. ‘There is no logic here. Is Malala, who wears a hijab and was shot by the Taliban, a terrorist? There is nothing, sadly, more banal than for powerful people to tell women to take their clothes off.’” 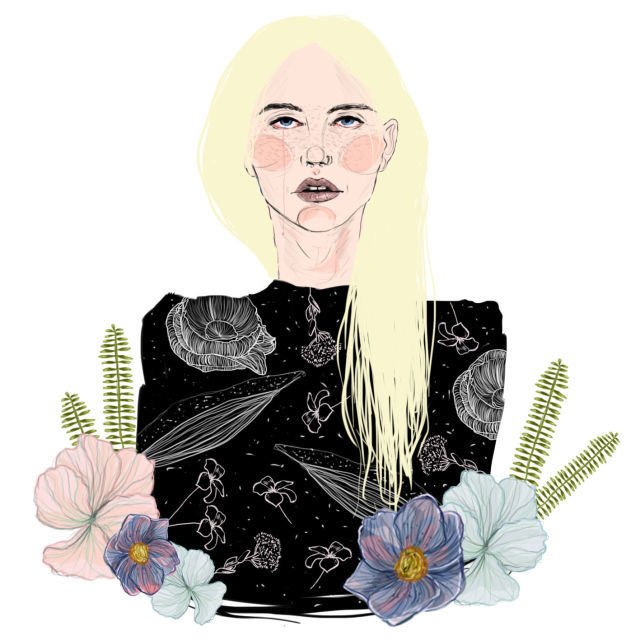 "Why Kesha's Case Is About More Than Kesha": Impassioned commentary from Lena Dunham at Lenny Letter.

“A huge part of Kesha's argument rests on her lawyer's assertion that Gottwald, potentially enraged by Kesha's sexual-assault allegations, could make efforts to bury her subsequent albums, preventing her from publicizing and therefore profiting from her work. This kind of control is a cornerstone of domestic abuse, and it's far too common: according to the National Network to End Domestic Violence, financial abuse is an aspect of approximately 98 percent of abusive relationships. When a woman is not in control of her financial destiny, either because her partner is the primary breadwinner or because he makes financial decisions for the entire family, her world is made minuscule. Her resources evaporate. Fear dominates. That's not the only way legal ties can make it impossible for a woman to escape her abuser. Someone I love very much has been engaged in a years-long battle to allow her and her young daughter to move closer to where her successful business is (and away from her abuser). If he can't control her directly, he will attempt to make sure that her choices are actually his. In some cases, victims of domestic violence can even be evicted from their homes for calling the police on their abusers. Yup, there are laws that allow landlords to kick tenants out if the cops are summoned for disorderly conduct of any kind — doesn't matter who the ‘disorderly’ one was — and this affects poor women most frequently. It's why 20 percent of homeless women say they are on the streets because of domestic violence.”

"'Horace and Pete,' Or How Louis CK Saved Cinema with a Goddamn Web Series": Ace filmmaker Stephen Cone pens a review for The Talkhouse.

“It’s a testament to CK’s astonishing talents that each and every character on this show, shot midweek in the manner of a live, in-the-moment stage play and posted on CK’s web site a couple of days later, seems to fully exist in our real world, fueled by a narrative that avoids cliché at every turn. And then there’s the form of the show, to these eyes a true aesthetic miracle, a visionary hybrid that combines theatre, TV and film, the old and the new, into one invigorating, fresh whole. There is the single-camera stage of old school sitcoms, but the vibe of the thing takes us also into American Playhouse territory, into Altman’s filmed theatrical experiments, with a naturalism that transcends the proscenium, evoking the multiple dimensions of our greatest cinema and literature. An experiment for the sake of itself is one thing, but to stumble into a form that actually deepens a narrative, its characters and the writing, is something else entirely. The script combines the best of Louis CK himself, the aforementioned Chekhov, contemporary theatre (the great New York-based playwright Annie Baker is a consulting producer on the series) and Eugene O’Neill, and the dialogue feels both self-conscious and completely organic to the wandering characters of the piece. Indeed, the whole show swings constantly between artificiality and the deepest, most authentic documentary. In that sense, Louis CK is simultaneously proving himself to be the closest thing we have to…who? An American Chekhov, Ingmar Bergman, Jean Renoir? An American Alain Resnais, certainly (God, I wish he could have seen this – he would have loved it). All of the above? How the hell is this happening? What an artist.” 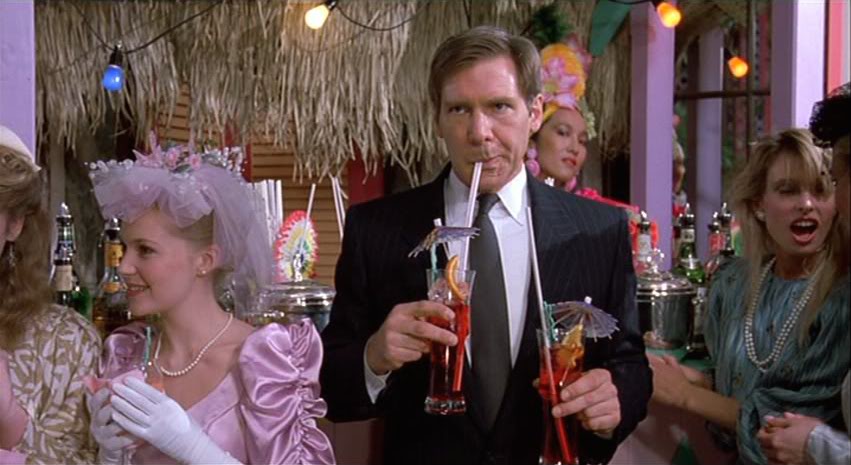 “What too many directors tend to forget is how playful a performer Ford can be, and how his irreverent asides in ‘Star Wars’ were a major reason why he became a star in the first place. Luckily, Mike Nichols banked on the actor’s comedic chops in his winning study of workplace vengeance and female empowerment. Ford is at his most Cary Grant-like here as Jack Trainor, an investment broker smitten with Melanie Griffith’s ambitious secretary. He has double takes worthy of Grant’s in ‘To Catch a Thief,’ especially when Griffith delivers her famous line about having ‘a head for business and a bod for sin.’ Nichols and Ford later re-teamed with more problematic results in ‘Regarding Henry,’ a flawed yet frequently charming look at a man’s Capra-esque moral awakening that occurs after he is shot in the head (Han would’ve shot first, of course). Perhaps what’s most notable about ‘Henry’ is that it was scripted by 25-year-old Jeffrey Abrams, who later changed his first name to ‘J.J.’” 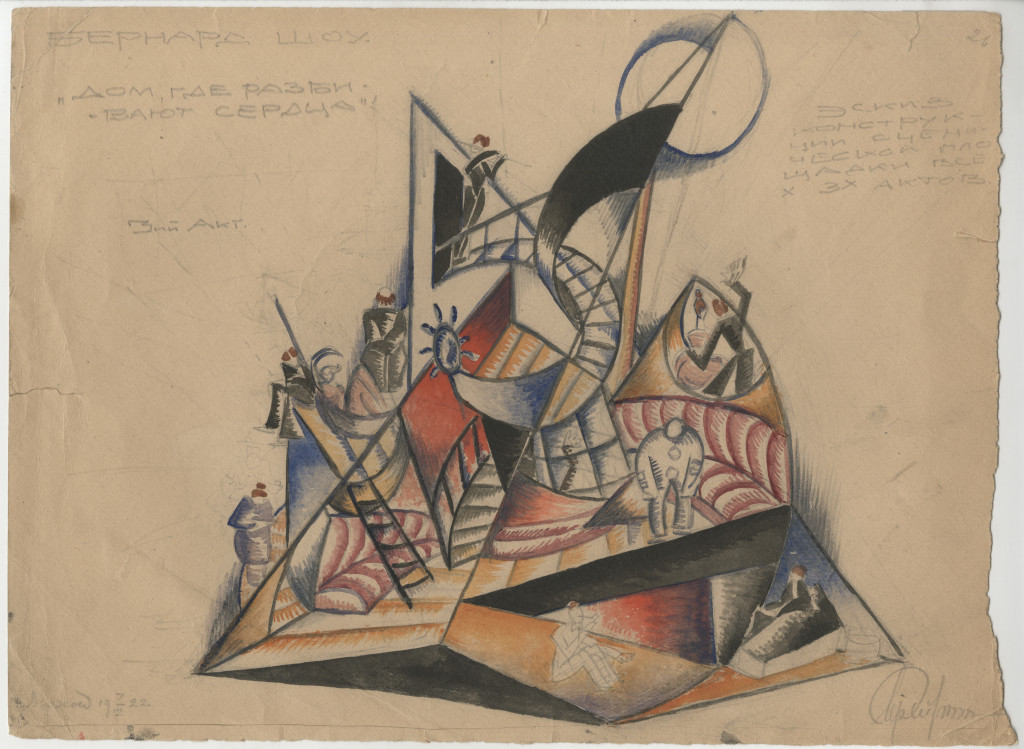 Rob Sharp of The Paris Review recalls Sergei Eisenstein's British holiday with a collection of archival sketches, including the above image from 1922.

The latest segment of "How Is This Still A Thing?" on Last Week Tonight with John Oliver tackles Hollywood whitewashing, and it is—as usual—a home run.