"Destroyed by the Espionage Act": Peter Maass of The Intercept pens an extraordinary piece on the imprisonment of State Department expert Stephen Kim and its frightening implications. Related: Stephen Maing's short documentary, "The Surrender," explores Kim's story, and is produced by "CITIZENFOUR" director Laura Poitras.

“On September 24, two FBI agents were escorted into Kim’s office, three-and-a-half months after his fateful conversations with Rosen. He apparently hadn’t thought those June 11 conversations were problematic — next to the phone on his desk he had put a handwritten note with the numbers for Rosen’s BlackBerry and office phone. The men sat closely together in Kim’s office. It had no windows and no couch, and was crowded with three computers (for unclassified, secret and top secret material), as well as a refrigerator-sized safe for storage of computer drives and documents. The agents were friendly, Kim recalled. They asked him to sign a document stating he was aware they were conducting an investigation — though Kim told me that neither the form nor the agents mentioned that he was the target. They asked about his background, about his family, about his colleagues. They asked about the Rosen story, and whether he had met Rosen, but their questions were polite and sprinkled in a conversation about a number of things, none of them adversarial. ‘It wasn’t like suddenly they came in and, boom, laid it on me,’ Kim said. ‘They did not say, ‘We are investigating a leak.’ They did not say, ‘We are investigating you.’ … I didn’t know why they were there.’ Kim had fallen into a trap the FBI uses to squeeze information out of unwitting suspects. It is called ‘non-custodial questioning,’ which can involve law enforcement agents visiting suspects at their home or workplace and disguising, through friendly questions, the fact that they are under investigation. The suspects are not read their Miranda rights, warning that anything they say can be used against them in a court of law.” 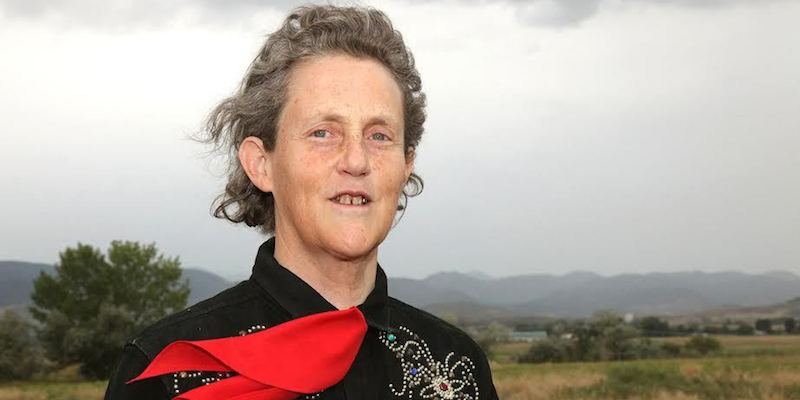 "Temple Grandin Thinks in Pictures, Transcends Labels": My interview with the brilliant author and activist for The Woodstock Independent.

“It was during extracurricular activities, such as an electronics lab and a model rocket club, where Grandin flourished the most in high school. Not only did these groups provide her with an escape from the incessant bullying she faced in the classroom, they also led her to realize that the best education is one that is hands-on. ‘Some kids are so tortured in high school that I would just take them out and finish them up online, but tell them, ‘You’re going to get a job, you’re not going to be sitting around at home,’’ Grandin said. ‘If the kids are too young to be put in a formal economy, put them in a cash economy. I don’t give a [expletive] if it’s legal or not. We’re talking about a kid’s life. I wouldn’t put them in any dangerous situations, but there’s no reason why they can’t do something like scoop ice cream. When I was 13, my mother set up a little sewing job for me. When I was 15, I cleaned the horse stalls in a barn. It taught me discipline and responsibility. I also fed the horses and had to make sure that I never left the grain box open because that would [result in] a dead horse. I worked for 20 years in the construction business. If I had worried about everything being legal, I never would’ve gotten anything done.’” 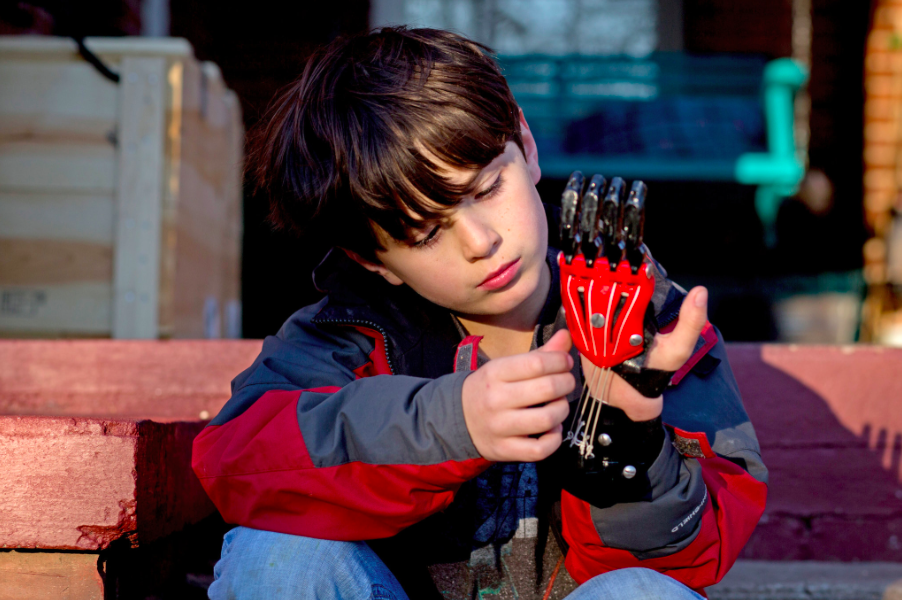 "Hand of a Superhero": Jacqueline Mroz of The New York Times writes a powerful article about prosthetic hands created courtesy of 3-D printing.

“These days, some leading experts in 3-D design are now collaborating with E-nable on improved prostheses for children. The hands are lightweight, less than a pound, but the fingers move together, not separately. And they do not work for every child: Those with midarm amputations, for instance, usually must been seen by a professional prosthetist. More often, though, the children are like Ethan Brown, 8, who was born with two fingers missing on his left hand. Now he wears a Cyborg Beast in black and red, his school colors. ‘It looks even cooler than the picture,’ he said. ‘It looks like Ironman or Spider-Man.’ He was once teased for his disability, said his mother, Melina Brown, of Opelika, Ala., who now volunteers for E-nable. ‘Now he’s different in a cool way, and the other kids say they want a new hand, too.’ Health care providers are beginning to take note. In September, Johns Hopkins Hospital in Maryland and E-nable hosted their first 3-D printing conference involving the medical community, volunteers, recipients and manufacturers. The hospital has purchased a 3-D printer and has begun printing free prosthetic devices for children. ‘Anyone can get one of these hands — it doesn’t matter what insurance or health provider you have,’ said Dr. Albert Chi, an assistant professor of surgery at Johns Hopkins Medicine. ‘To be able to provide such a functional tool for anyone with congenital hand or limb loss, it kind of brings you to tears a little bit.’” 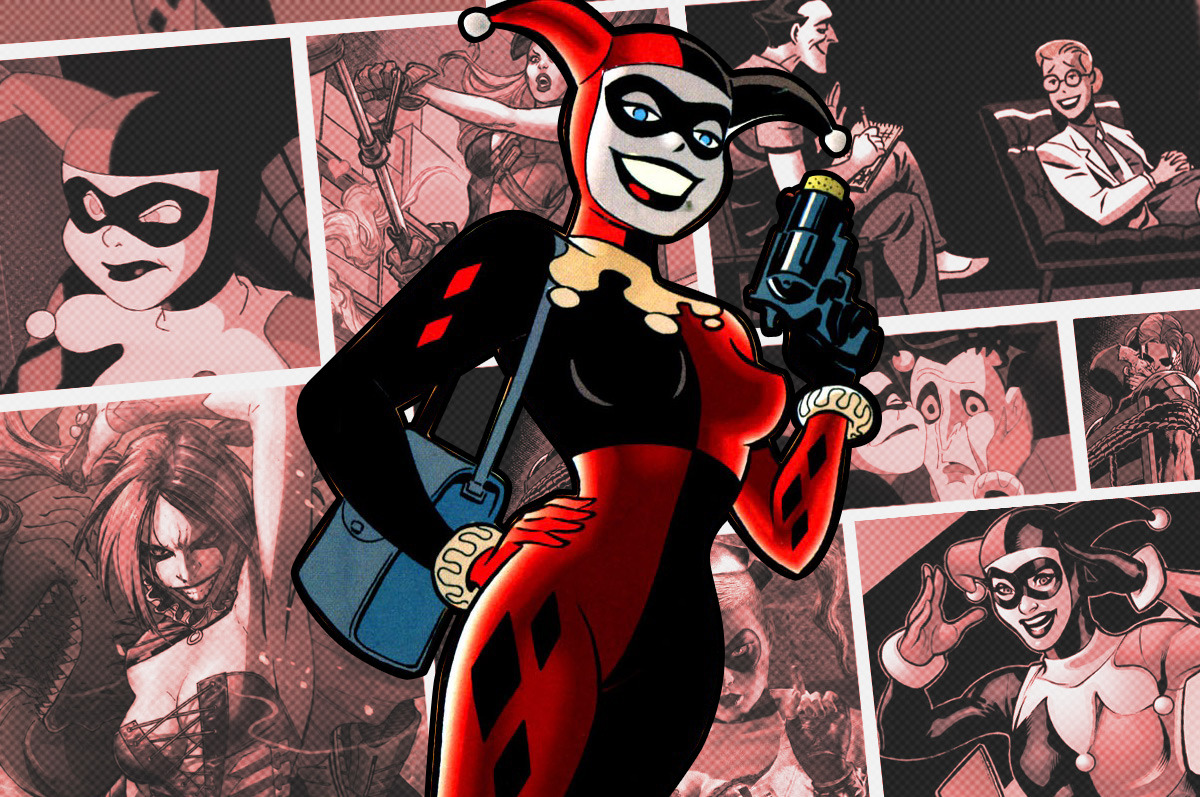 "The Strange, Hidden Story of Harley Quinn and How She Became the Superhero World's Most Successful Woman": As reported by Vulture's Abraham Riesman.

“Harley Quinn is the best-selling female character in comics, and she's casually homicidal, gleefully amoral, and mentally unbalanced. There was a time when she was a mental-health professional, but she shredded her Hippocratic Oath when she hopped into bed with a mass-murdering, psychopathic patient and began a crime spree that would make Bonnie and Clyde wince. In the 22 years since she first entered our world as a one-off character in a Batman cartoon, she's occasionally made the world a better place — but it's usually by accident and never for truth, justice, and the American Way. No one could have predicted that Harley would last beyond her first appearance, much less become the title character in a series that cracks the best-seller charts every month. Her real-world path to icon status is bizarre and unprecedented in the superhero ecosystem. But here she is: Jewish, queer, morally questionable, deeply imperfect, and beloved by millions. The company that owns her, DC Entertainment, has declared February 2015 to be ‘Harley Quinn Month,’ and now is the perfect time for us to ask whether Wonder Woman is comics' biggest female icon anymore. (And, if Harley's superfans are to be believed, she’s even more of a feminist character than the venerable Amazon.) Here, then, is the strange, hidden story of Harley Quinn, the superhero world’s most successful woman — who she is and how she came to be.” 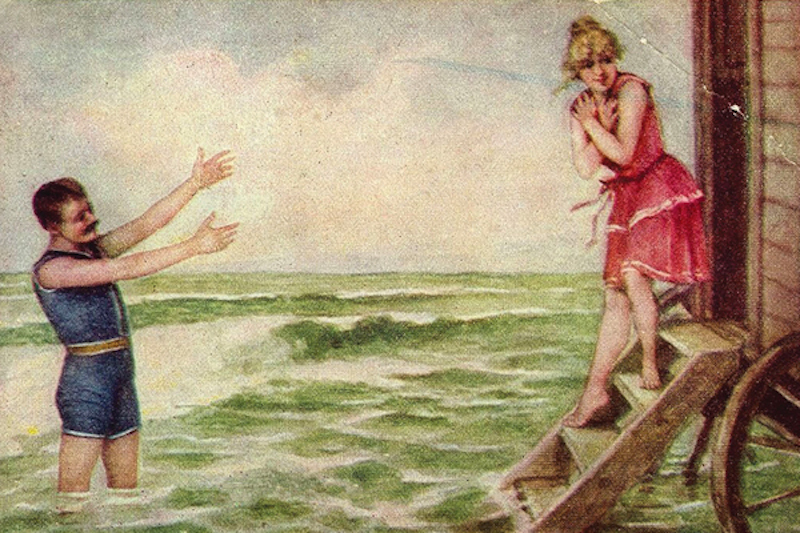 "The invention of the heterosexual": Salon's Thomas Rogers interviews Hanne Blank about how "the history of straightness is much shorter than you'd think."

“If you met Hanne Blank and her partner on the street, you might have a lot of trouble classifying them. While Blank looks like a feminine woman, her partner is extremely androgynous, with little to no facial hair and a fine smooth complexion. Hanne’s partner is neither fully male, nor fully female; he was born with an unconventional set of chromosomes, XXY, that provide him with both male genitalia and feminine characteristics. As a result, Blank’s partner has been mistaken for a gay woman, a straight man, a transman — and their relationship has been classified as gay, straight and everything in between. Blank mentions her personal story at the beginning of her provocative new history of heterosexuality, ‘Straight,’ as a way of illustrating just how artificial our notions of ‘straightness’ really are. In her book, Blank, a writer and historian who has written extensively about sexuality and culture, looks at the ways in which social trends and the rise of psychiatry conspired to create this new category in the late 19th and early 20th century. Along the way, she examines the changing definition of marriage, which evolved from a businesslike agreement into a romantic union centered around love, and how social Darwinist ideas shaped the divisions between gay and straight. With her eye-opening book, Blank tactfully deconstructs a facet of modern sexuality that most of us take for granted. Salon spoke to Blank over the phone about the origins of heterosexuality, the evolution of marriage and why the rise of the “bromance” is a very good thing.” 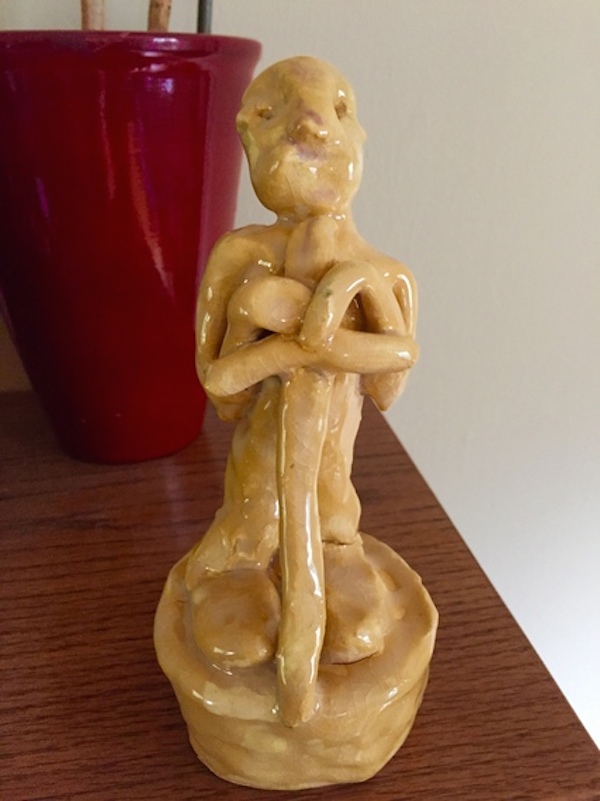 Jason Cohen, the Oscar-nominated producer/director of the short documentary "Facing Fear," shares the Oscar made for him by his son Joaquin at The Huffington Post.