"Preston Sturges: how a master of daftness conquered Hollywood": A great appreciation from The Guardian's Sarah Churchwell.

“Amid a generation of the finest writers in screen history, including Ben Hecht, George S Kaufman, Charles Brackett, Billy Wilder and Anita Loos, Sturges was distinguished by his willingness to push the story, or the joke, as far as it needed to go, and the fun he had shuffling through genres and registers, like a cardsharp riffling the deck. Taking comic language seriously, Sturges was a master of exposition, using what he called ‘hooks’ in dialogue to give his character, ‘like a trapeze artist, something to swing from on his way to another point of view,’ The pendulum swing between perspectives was Sturges’s specialty, resulting in a volatile density of language, reminding us that ‘ludic’ and ‘ludicrous’ share the same root. His comedy relies less on one-liners than on the cumulative effect of repartee, and the accelerating sense that everything might go entirely off the rails, a mounting unease entangled with his films’ satirical sense of mischief. Genre conventions safeguard the viewer, who stays confident the hero will survive, right will prevail, rules will be followed. Sturges offers no such assurances. His films often begin with endings. They also resist endings – or, put another way, gleefully carry on ending, piling up closures.” 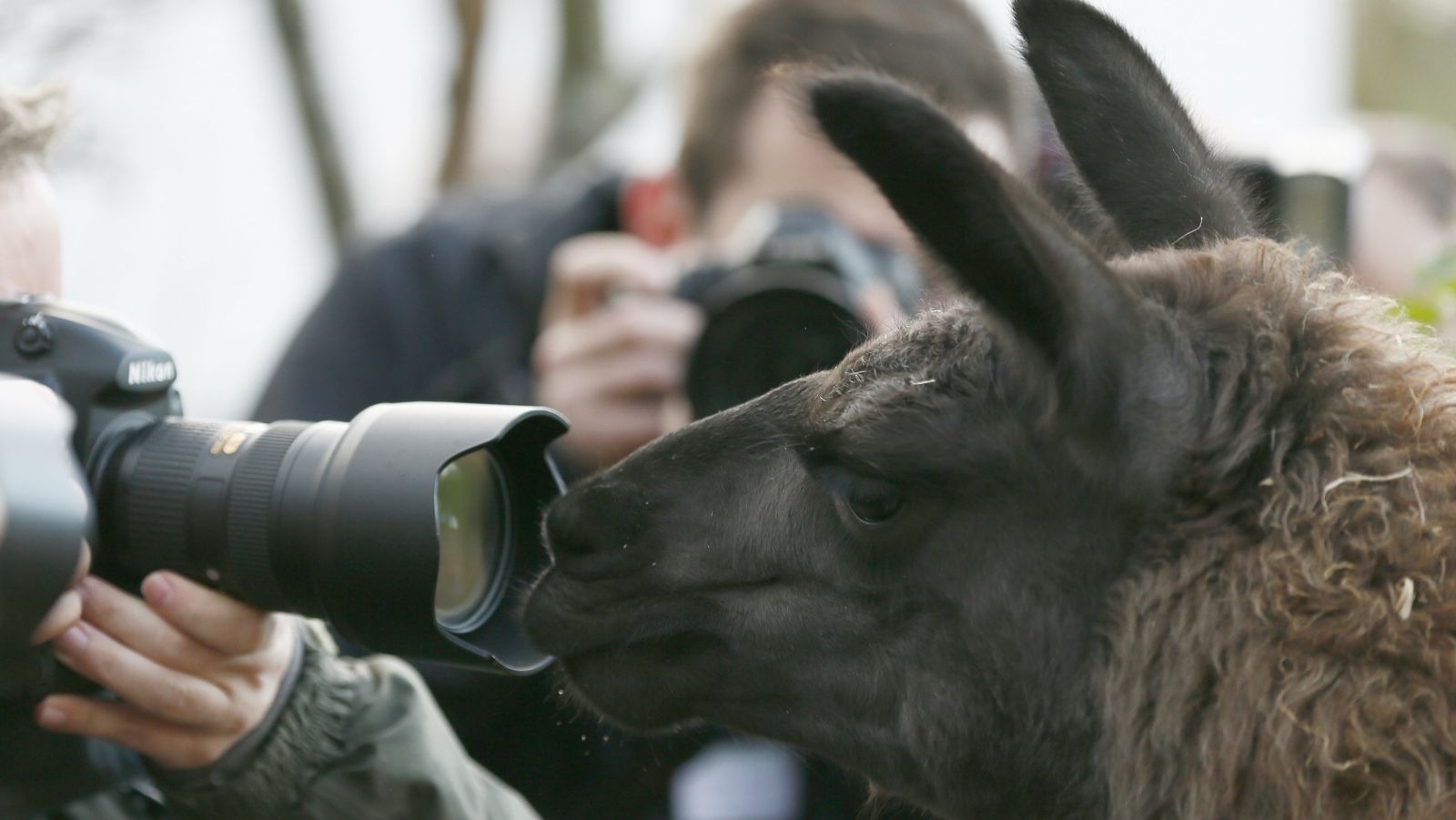 "'Image overload' is frying our brains and making us forgetful": A frightening analysis from Rebecca Macmillan at Quartz.

“In the Rhetoric of Photography course that I’ve taught at the University of Texas at Austin over the past few years, image glut was a constant topic of discussion among my students. They repeatedly expressed feeling overrun by photographs, and addicted to posting images. They even waxed nostalgic about the clunky plastic cameras of their childhoods, wistfully recalling the days of limited exposures and a waiting period before seeing their developed prints. ‘Images are produced, commodified, made public and circulated on an unprecedented scale,’ sociologist Martin Hand writes in his book Ubiquitous Photography. Image overload hinges on feeling visually saturated—the sense that because there’s so much visual material to see, remembering an individual photograph becomes nearly impossible.For my students, this feeling was marked at times by general frustration, low-grade anxiety, and flat-out fatigue. Image overload also suggests a level of exhaustion with the process of monitoring and creating photo streams—surviving the pressure to digitally document one’s everyday life and to bear witness to others’ ever-growing image banks.” 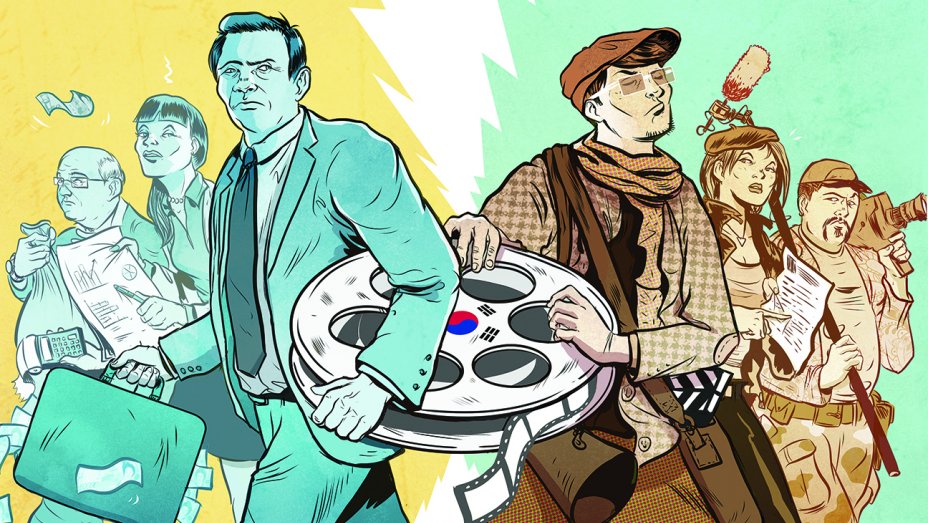 “The South Korean film industry had another banner year in 2015, with the local box office reaching record heights and international sales. Revenue hit 1.72 trillion won ($1.42 billion) last year, up 3.1 percent from 2014 and setting a record for the sixth consecutive year, according to the Korean Film Council. The number of exported domestic films, meanwhile, shot up to 650 titles — the most ever. Last year’s three biggest movies — local titles ‘Veteran’ ($88.7 million) and ‘Assassination’ ($83.1 million), followed by ‘Avengers: Age of Ultron’ ($74.7 million) — now rank among the top 15 films of all time at the Korean box office. But industry figures say the large numbers belie a more complicated picture of internal strife. Much like in Hollywood, the headline-making box-office records have come at the cost of intense polarization within the Korean theatrical market, with huge-budget blockbusters dominating screen counts and leaving increasingly low-budget indies to pick up the scraps. The result: Mid-budget dramas and genre pictures have virtually vacated the field. ‘On a given weekend, the top three box-office hits take up about three-quarters of the screens across Korea. This doesn’t give audiences much of a choice,’ says film critic Jeong Ji-ouk.” 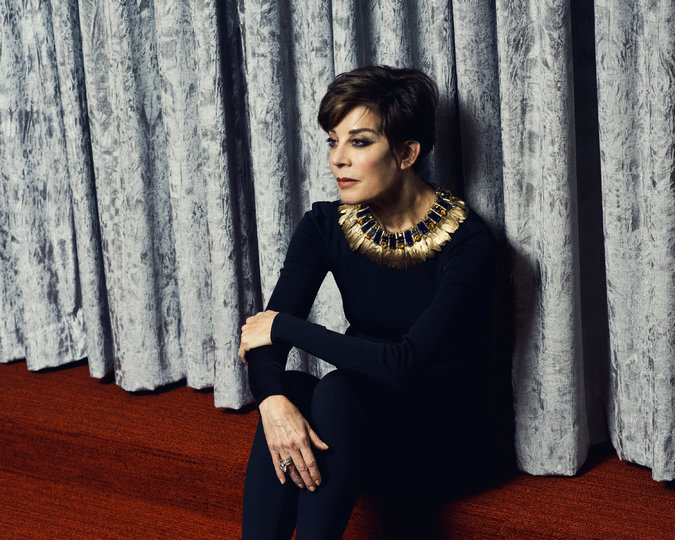 "Peggy Siegal, Best Hostess in a Supporting Role": A profile by Alex Williams of The New York Times.

“Irrepressible, truncheon-blunt and forever pushing the boundaries between ‘no’ and ‘maybe,’ Ms. Siegal, 68, has employed sharp elbows and inexhaustible energy reservoirs to claim a unique social position in New York and the Hamptons: as a host for hire for clubby, insider-only film screenings and dinners for the influential, she stands at the crossroads of Hollywood power and New York society (or what’s left of it), functioning as a spin doctor, salonista, celebrity confidante and, occasionally, bouncer. Certainly, her business is changing, as studios pay closer attention to the bottom line and competitors look to siphon clients. Even so, after 30 years, Ms. Siegal remains Hollywood’s secret weapon in New York, particularly during the breathless sprint known as Oscar campaign season. It was a crisp afternoon in early January, and Ms. Siegal stood at the base of the stairs of Kappo Masa, the celestially expensive Japanese restaurant beneath the Gagosian Gallery on Madison Avenue. She wore a Chanel-inspired wool miniskirt and jumper, and her hair, once a spiky confection that veered into Joan Jett territory, had been trimmed into a floppy-banged wedge that recalled an English schoolboy. She was fulminating about the red carpet. Of her many tirades, it is among her favorites: ‘The red carpet has become nothing but a screaming match for, ‘Who are you wearing?’ I find that so intellectually insulting to these geniuses, the filmmakers. The girls are nothing more than fashion shills, and the men, too, are saying nothing more than, ‘I’m wearing Tom Ford,’ ‘I’m wearing Armani.’’ ‘You might as well have everyone march down the red carpet and go home,’ she said. ‘Who needs the movie?’” 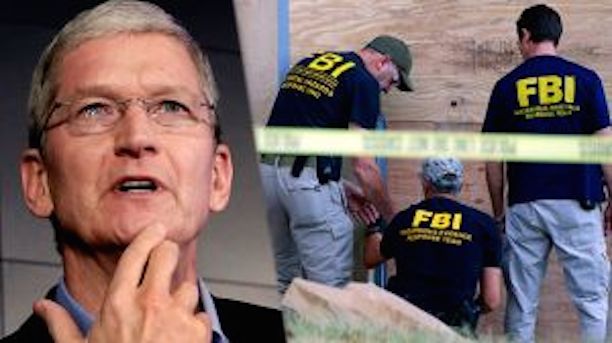 “We were shocked and outraged by the deadly act of terrorism in San Bernardino last December. We mourn the loss of life and want justice for all those whose lives were affected. The FBI asked us for help in the days following the attack, and we have worked hard to support the government's efforts to solve this horrible crime. We have no sympathy for terrorists. When the FBI has requested data that's in our possession, we have provided it. Apple complies with valid subpoenas and search warrants, as we have in the San Bernardino case. We have also made Apple engineers available to advise the FBI, and we've offered our best ideas on a number of investigative options at their disposal. We have great respect for the professionals at the FBI, and we believe their intentions are good. Up to this point, we have done everything that is both within our power and within the law to help them. But now the U.S. government has asked us for something we simply do not have, and something we consider too dangerous to create. They have asked us to build a backdoor to the iPhone. Specifically, the FBI wants us to make a new version of the iPhone operating system, circumventing several important security features, and install it on an iPhone recovered during the investigation. In the wrong hands, this software — which does not exist today — would have the potential to unlock any iPhone in someone's physical possession. The FBI may use different words to describe this tool, but make no mistake: Building a version of iOS that bypasses security in this way would undeniably create a backdoor. And while the government may argue that its use would be limited to this case, there is no way to guarantee such control.” 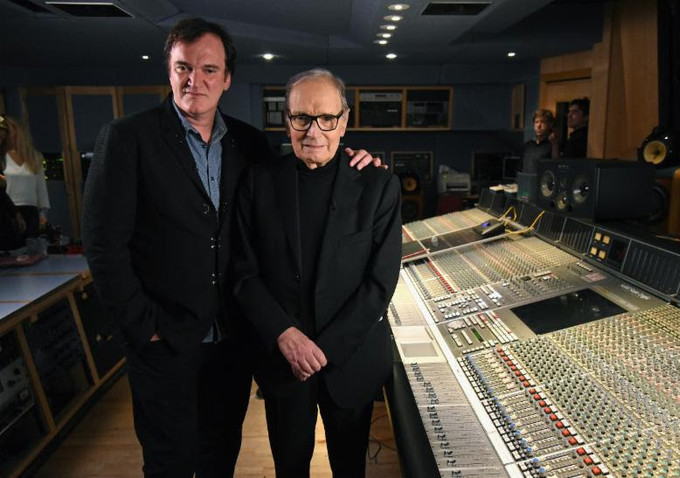 Indiewire's Anne Thompson chats with Quentin Tarantino about his collaboration with Oscar frontrunner Ennio Morricone on "The Hateful Eight."

Doug Walker, a.k.a. The Nostalgia Critic of ChannelAwesome.com, delivers an essential editorial on Fair Use and how YouTube is obstructing it.