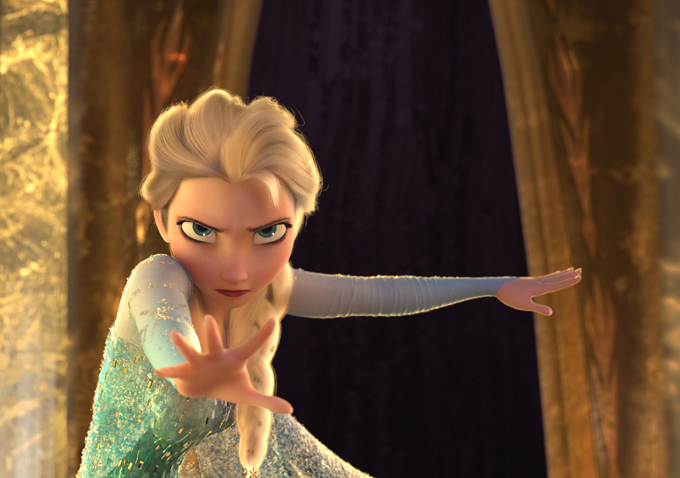 "Thanks to great word of mouth and it being the only PG-friendly feature in the interim of the holidays, 'Frozen' snatched up families and Disney nostalgists of all ages (both Nana and little Bobby being more keen on musical numbers and talking snowmen than teenagers killing each other or R-rated vigilante justice)….In the top spot, 'Frozen' shot an icy arrow into the heart of Katniss and knocked down 'The Hunger Games: Catching Fire' with $31.6 million for the weekend. In second, 'Catching Fire' fell off 63% but still managed $27 million, with a massive running total of $673.4 million worldwide. A few breaths away from beating the $691 million theatrical run of its predecessor 'The Hunger Games,' 'Catching Fire' looks like it will outrace that figure and do a few better, likely reaching the $750 million mark. But as for the magical, mythical $1 billion Lionsgate was hoping for? That will be a tough road, especially with the big movies coming before December ends."

"Why Is Everyone Getting Naked?" For Glamour Magazine, actress and writer Rashida Jones makes a righteous case for why the "pornification of everything" is benefitting no one.

"Record execs: When you market young pop stars, can you please try to apply some of your own personal moral parameters? (I'm just going to assume you don't take off your suit midmeeting and do a selfie with a whipped-cream bra.)Women: Let's at least try to discuss the larger implications of female sexuality on pop culture without shaming each other. There's more than one way to be a good feminist. Personally, I loved the Lily Allen "Hard Out Here" video—a controversial send-up of tits-and-ass culture. She helped start a conversation. Let's continue it. Men: WHERE ARE YOU??? Please talk to us about how all this makes you feel. You are 49 percent of the population; don't sit around and let women beat one another up while you intermittently and guiltily enjoy the show. Speak up! We care what you think! And finally, pop stars: Please stop saying you don't want to be role models. Because, guess what: You are. You want to sell millions of albums? You want to sell out a tour? You depend on the millions of people who adore you. So maybe just consider some sort of moral exchange program, in the same way that carbon credits make people feel better about driving an SUV. Go ahead and make videos in which your ass cheeks slap water around in slow motion; go ahead and tweet pictures of your undercarriage. But perhaps every eleventh song or video, do something with some more clothes on? Maybe even a song that empowers women to feel good about some other great quality we have? Like, I don't know...our empathy, or childbearing skills, or ability to forgive one another for mean tweets?" 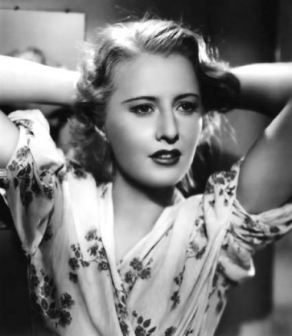 "Stanwyck and Capra: An Intense Connection, Revisited." On his blog, Will McKinley reports on the collaborations of the versatile movie star, as well as on a talk given by Stanwyck biographer Victoria Wilson at New York City's Film Forum.

"'(Capra and Stanwyck) had a very intense connection. He really brought her into the world of film and made it something that she could thrive in,' Wilson said. 'It was a very important relationship to her and to the development of her work.' According to her book (which Wilson signed in the theater lobby after the screening), Stanwyck and Capra’s prolific partnership got off to a rocky start. 'They had had a dreadful interview and he basically said, Get the hell out of my office.’ Wilson said. 'And she said, I’m getting the hell out of your office.’" 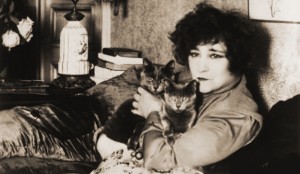 "A Cat Lady Testifies." For Signs and Sirens, RogerEbert.com's Lisa Rosman lays out why the term "cat lady" is simply the latest sexist epithet for unattached women, and why "love is love."

"These days the words old maid or spinster may be dismissed as outdated, even cruel, but cat lady is still bandied about unreservedly and with the same intent: as a derogatory term for an unattached female. A single woman in a Mrs. Whatsit getup of coffee-stained schlubby layers who reads dog-eared paperbacks, never misses her shows, eats from cans along with her furry wards. Who hasn’t got laid in decades and couldn’t if she tried. Who languishes in a cramped, overheated, urine-stained apartment piled high with dirty dishes, cigarette smoke, ratty furniture, and, of course, cat hair. That’s the mishegas that gets thrown my way because I am Of A Certain Age and remain unmarried, childless, and domestically solitary save for a feline cohabitant—especially now that nearly everyone can get married and have kids. Forget about the fact that I live in an amazing city, enjoy my work and friends, love my considerate and charismatic roommate. Because she is a cat, there exists a two-word phrase that people can use to dismiss my life. So yes: I am cat lady, hear me purr. Of course, I have a theory about why cats are culturally eschewed right now. Regardless of their actual biological sex, most cats embody traits largely accepted as feminine: They wait and watch before they act; they groom themselves carefully; they move delicately and deliberately; they dispense their affections selectively but ardently. Which is wonderful except that, despite perfunctory stabs at feminism, most of us still malinger in a collective psychosis that vilifies femininity even as we objectify and fetishize it. I think independent femininity in all species is feared even more than it was a half-century ago, when the likes of Gloria Steinem, Audre Lorde, Adrienne Rich and Angela Davis kicked ass in their aviators and big hair with nary a man to prop them up." 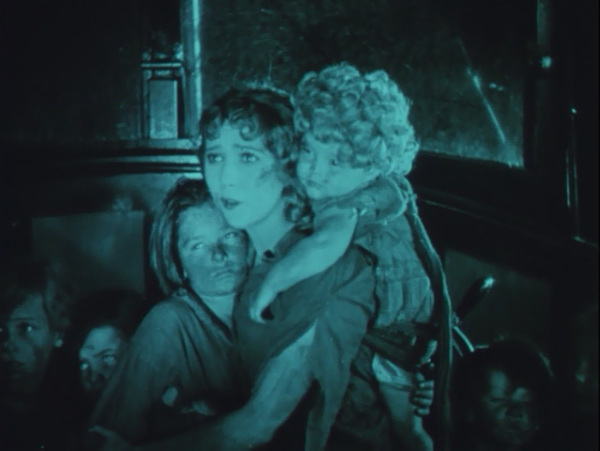 "Let’s take a moment to talk about silent movies and children. In his autobiography, The Keystone Kid, silent child actor Coy Watson wrote that movies were no longer fun for him once the talkies took over. Instead of focusing on the emotions and movements required for a good performance, young actors had to focus on memorizing lines exactly. Instead of the director’s reassuring voice, the cold silence of the studio. And heaven help the child who interrupts a take by playing with friends! I much prefer silent child performances to their talkie counterparts and Sparrows is a wonderful example of this. The kids are rambunctious, sweet, touching, funny and, above all, natural." 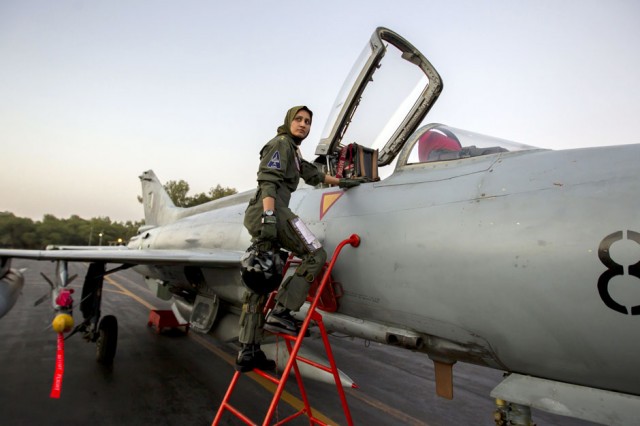