"The Tragedy of the American Military": The Atlantic's James Fallows pens a massive, vital piece about the lack of accountability spawned by the public's distance from, and adoration of, the troops.

“This reverent but disengaged attitude toward the military—we love the troops, but we’d rather not think about them—has become so familiar that we assume it is the American norm. But it is not. When Dwight D. Eisenhower, as a five-star general and the supreme commander, led what may have in fact been the finest fighting force in the history of the world, he did not describe it in that puffed-up way. On the eve of the D-Day invasion, he warned his troops, ‘Your task will not be an easy one,’ because ‘your enemy is well-trained, well-equipped, and battle-hardened.’ As president, Eisenhower’s most famous statement about the military was his warning in his farewell address of what could happen if its political influence grew unchecked. At the end of World War II, nearly 10 percent of the entire U.S. population was on active military duty—which meant most able-bodied men of a certain age (plus the small number of women allowed to serve). Through the decade after World War II, when so many American families had at least one member in uniform, political and journalistic references were admiring but not awestruck. Most Americans were familiar enough with the military to respect it while being sharply aware of its shortcomings, as they were with the school system, their religion, and other important and fallible institutions.” 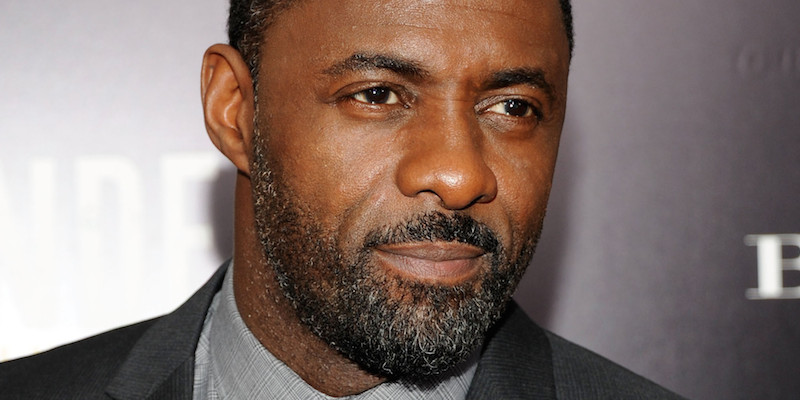 “In the years following World War II, the United Kingdom was finding itself in a new, smaller role on the global stage, and it was an ill fit for the proud nation. Ian Fleming’s James Bond was a power fantasy for an empire in decline, a bespoke security blanket for an entire country. In the 11 years over which Fleming wrote his novels, Jamaica became independent, four MI6 agents defected to the Soviet Union, and British relations with the US cooled. None of these events were notes of positive change for Great Britain. Inasmuch as 007 was a drinking, fighting, screwing avatar through which aging white male readers could live vicariously, Bond was also a reassuring fiction that England was still a crucial player, secretly saving the world from non-British (and often mixed raced) villains and madmen who would plunge it into chaos and darkness. In the course of these missions, the literary James Bond looks down his nose at women, at homosexuals, and very much so at the ‘Orientals’ and ‘Coloureds’ with whom he’s thrust into conflict. In all of Fleming’s 007 stories, only one villain was an actual Brit; many had complex ethnic backgrounds described in exacting detail by the author. Quite often, underneath Fleming's fascination with foreign cultures lied a xenophobic streak that betrayed an ugly superiority complex.” 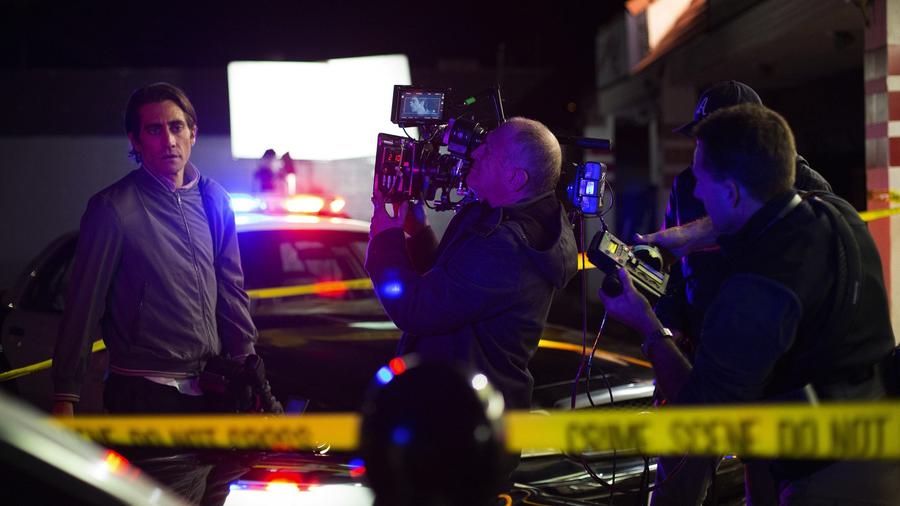 "Robert Elswit's two sides of L.A. in 'Inherent Vice,' 'Nightcrawler'": Amy Dawes of The Los Angeles Times chats with the master cinematographer about his two excellent L.A.-set pictures in the awards race.

“Snapshots from the '70s have such a specific look, based on the color film and how it faded. How did you go about capturing the feel of that time and place? [Elswit:] ‘Paul [Thomas Anderson] was really chasing that look — at one point, we even shot on some old Kodak film stock from that era, but it didn't work out very well. We looked at still photos of bands shot in Laurel Canyon and the Sunset Strip area, and amateur photos shot on color slide film that we found in picture books that chronicled the beach towns. We were going for an oceany sunlight, a low-contrast, soft-quality image like a faded photograph, so we did things like shoot into windows, which lowers the contrast. It was absolutely the opposite of ‘Nightcrawler,’ which has a very hard-edged, high-contrast look with bright, popping colors.’” 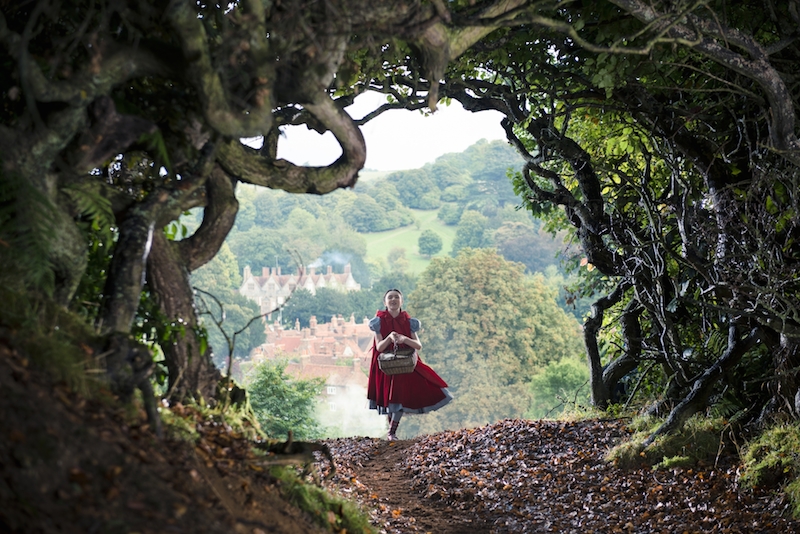 "'Into the Woods': Stage Versus Screen": At Indie Outlook, I contrast Rob Marshall's new film adaptation of Sondheim's classic musical with its original stage production.

“And now for the good news: Corden and Blunt are perfectly cast as the bread-baking couple who rightfully emerge as the film’s true leads. Bearing a resemblance to John C. Reilly, Corden is lovable even as his impotent character irritates, insisting that his wife leave him alone while displaying little interest in his child (‘I’ll take care of him when he’s older’). A key lyric is tweaked to underline how the Baker’s lack of a father figure formed his ambivalent attitude toward fatherhood. Tom Aldredge’s dual portrayal of the Baker’s father (a.k.a. ‘the Mysterious Man’) and the gleefully detached Narrator are sorely missed here—both roles are shortened practically into oblivion, a primary reason for why the film runs a half-hour shorter than the play (the haunting ‘No More’ is reduced to a minute of artless exposition). Pine and Magnusson’s uproarious duet, ‘Agony,’ is cleverly staged on a waterfall, allowing the charmingly clueless princes to strike preening poses, splash around and rip open their shirts with competitive zest. The film springs to its most vibrant comic life here, so it’s especially disappointing that the even more hilarious ‘Agony’ reprise is axed, along with my favorite line, ‘Dwarves are very upsetting’ (for the record, Sondheim’s favorite punchline, ‘We are moving!,’ was also cut).” 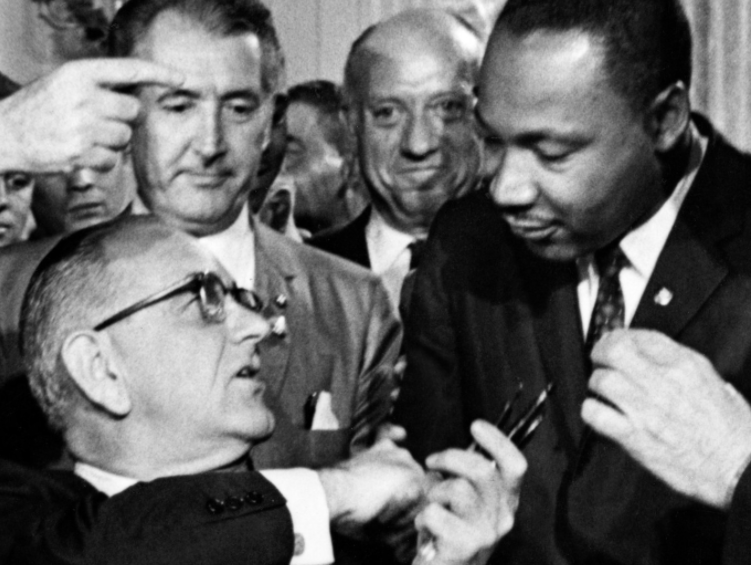 "Depiction of Lyndon B. Johnson in 'Selma' Raises Hackles": At The New York Times, Jennifer Schuessler reports on the controversy regarding Ava DuVernay's historical drama.

“’The debate isn’t just about L.B.J., but about how American politics works,’ said Professor Zelizer, who teaches history at Princeton. ‘Is it a matter of powerful elected leaders, or average people who put their bodies on the line?’ The sparring over ‘Selma,’ which is set for wide release on Jan. 9, has certainly taken on a populists-versus-establishmentarians tinge. In his op-ed article, Mr. [Joseph A.] Califano wrote that the Selma marches were 'L.B.J.'s idea,' citing a transcript of a phone call two months before the marches in which Johnson urged Dr. King to generate white political support for a voting rights bill by seeking out 'the worst condition that you run into' in the South and getting images of racist brutality widely circulated in the news media. In a Twitter post on Sunday, Ms. [Ava] DuVernay called the notion that Selma was Johnson's idea 'jaw dropping and offensive' to the 'black citizens who made it so.' People, Ms. DuVernay added, should 'interrogate history' for themselves. (A spokeswoman for Paramount Pictures, the distributor of ‘Selma,’ said that Ms. DuVernay was not available for comment for this article.)" 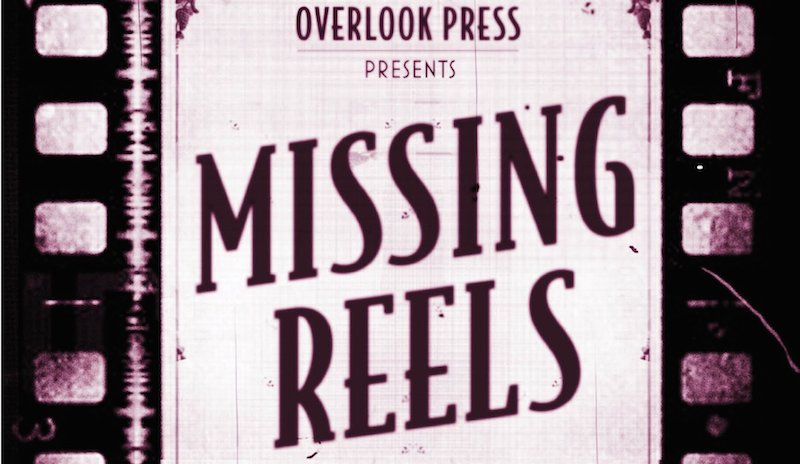 THE STATE OF THE UNION: A Year-End Video Essay from Nelson Carvajal on Vimeo.

Well, it appears Nelson Carvajal has outdone himself. His year-end video essay, "The State of the Union," is a staggering achievement.