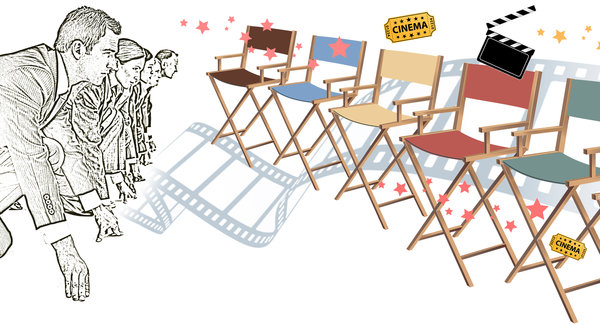 "Hollywood Studios Facing Upheaval at Highest Levels." The New York Times' Michael Cieply and Brook Barnes report that movie executives are more worried about keeping their own jobs than the Oscar race this year.

"Some of this slashing and burning will result in different movies reaching consumers. Focus Features, for instance, will shift toward crowd-pleasers in the horror and action genres and away from highbrow costume dramas. Mr. Bruckheimer, who parted ways with Disney after two decades, will shift to less family-oriented movies, whether he lands at Warner, Paramount or elsewhere.Still, the upheaval appears to be more about change for change’s sake than about bringing in new strategies to reinvigorate a movie business that has yet to truly compensate for the collapse of its home markets, and particularly of DVD sales, almost 10 years ago. Like most earthquakes, these changes appear to have had no clear trigger. There has notably been no precipitating economic crisis. The North American box office is sluggish, but that has become normal; studio profits are largely what they have been for the last decade — weak. Interviewed in recent days, an assortment of seasoned Hollywood executives described the current shakiness as being tied to changing technology (the rise of digital marketing and decline of the 30-second TV ad), ownership changes at major studios (Comcast’s full takeover of Universal) and weak business performance (Sony’s dismal summer at the box office)." 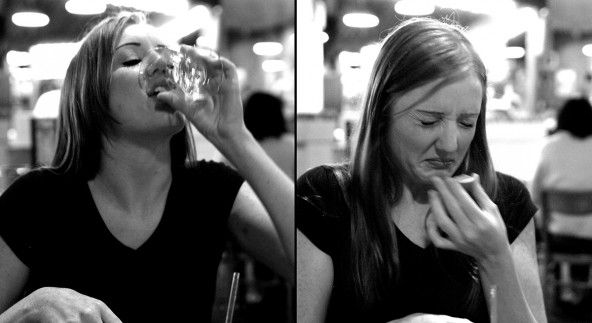 "Why Feminists Don't Get Drunk." For Cognoscenti, Amy Gutman explores the precarious relationship between sexual assault, binge-drinking, and finger-pointing.

"It also bears noting that, while binge drinking is increasingly an equal opportunity sport on college campuses, the risks of heavy drinking are especially great for women — not only because drinking increases vulnerability but also because of female physiology. Women’s higher rates of body fat means there is less water to dilute alcohol, and a lower level of a key metabolizing enzyme compounds the problem. A huge proportion of what we drink quickly enters our bloodstreams…'Alcohol is not a women’s issue.' This jaw-dropping claim came from none other than feminist icon Gloria Steinem at the 40th birthday party for Ms. magazine, speaking to writer Ann Dowsett Johnston, who quotes the exchange in her new book Drink: The Intimate Relationship Between Women and Alcohol. The fact that Steinem could say something so wildly off base — even as research and news reports (like this and this and this) continue to document the fast-growing trend of problem drinking among women — points to the enormous challenges that we face in building constructive alliances across disciplines and interests. Sexual violence is a women’s issue, and so is alcohol, and in their Venn diagram overlap sit the critical topics of women’s health and personal agency. This isn’t an either/or. We need to talk about both. And we need to find ways to talk about them in the same (feminist) conversation." 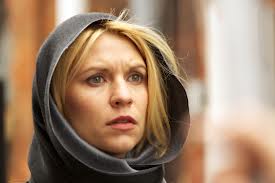 "'Homeland" Is Falling Apart Before Our Very Eyes." The New Republic's David Thomson explores the challenges of keeping a TV series narrative afloat over multiple seasons.

"The third season is more than half over, so Brody can only reappear at the end. What will be done about Carrie’s pregnancy? She had a one-night fling; she was sleeping with Brody; but I could see sharp writing reveal that she has an edgy thing for Quinn—he is the only attractive character left. At issue, or within reach, is the possibility of a scathing attack on the way all these secret meta-governments operate. Will an Assange-like figure sneak into view? Not even Benedict Cumberbatch could rescue that morose flake in The Fifth Estate….In three seasons, Homeland has slipped from brilliance to chaos, and Claire Danes has surrendered bipolar frenzy for the forlorn look of a producer who regrets too many wrong turns. All of which helps prove that making up a story (even in longform) still needs to honor old rules: know where you’re going (and why); have an idea at the heart of the action; and once something has paid off it doesn’t deserve a renewable pension. Carrie Mathison was made for a single disaster. Maybe the same could be said for her America. In which case, have the courage of your own despair and give up the vanity that dreams of seven seasons. As it is, “Previously on Homeland” have become words of doom and self-mockery." 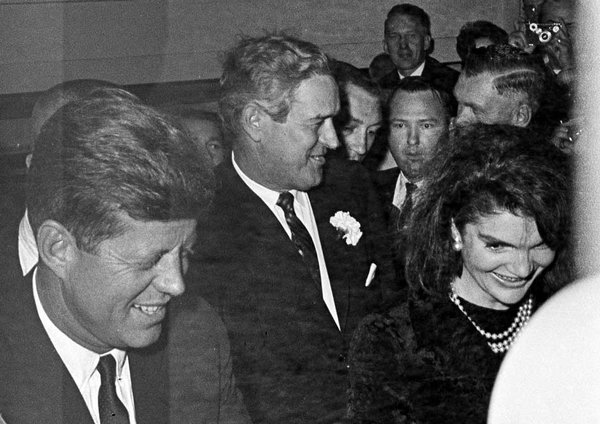 "The Last Night in Camelot." For The New York Review of Books, Martin Filler considers the JFK legacy via an art exhibition about the late President at the Amon Carter Museum of American Art in Fort Worth, Texas.

"Despite the startling contrast between JFK’s patrician public manner and his louche private life, there was more than a little snobbery in the Kennedys’ expectations about their political swing through the Lone Star State, intended to shore up his re-election chances for 1964. The president was determined that his wife’s much-publicized fashion sense should show up the imagined vulgarity of what the historian William Manchester snootily termed “the Belle Starrs,” a reference to the Wild West outlaw moll. As Jacqueline Kennedy recalled her husband’s admonition, 'There are going to be all these rich Republican women…wearing mink coats and diamond bracelets. Be simple—show these Texans what good taste really is.' For her part, Jackie—whose wicked wit was as carefully hidden from the public as her spouse’s sexual escapades—cattily dubbed Vice President Lyndon Johnson and his wife, Lady Bird, 'Colonel Cornpone and his Little Porkchop.'" 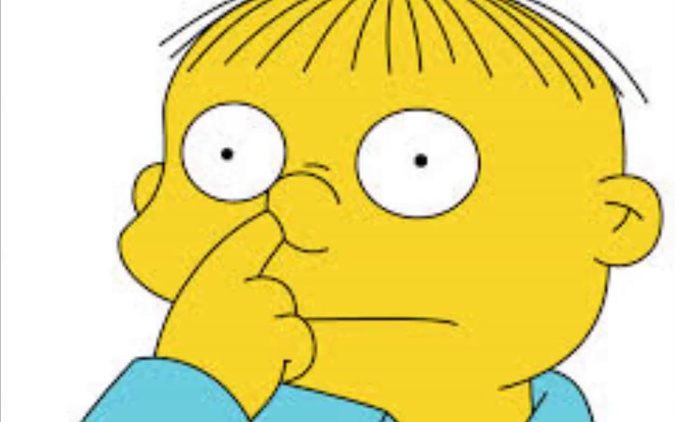 "A Hierarchy of Quoting Simpsons Characters." For The Atlantic, Joe Reid posits that the Indiewire compilation of critics' favorite lines from Fox's greatest show communicates more about the critics than anyone realized--and he's developed a handy decoder. Related: Criticwire Survey: Go-to Simpsons Quotes.

"Ralph Wiggum: Oh. You're still quoting Ralph? This is probably going to be an awkward conversation, then. There's nothing wrong with quoting Ralph Wiggum. 'Me fail English? That's un-possible!' is a masterpiece of short-form joke structure, with a smidge of social commentary about the state of the American education system thrown in to taste. It's a fine quote. It's also ... what's the word, Beyonce? Oh, right: basic. Entry-level. Simpsons for beginners. Ralph Wiggum was one of the first Simpsons tertiary characters to gain a real fan following, but if you're still rocking 'I bent my wookiee' in 2013, your quote game has, quite simply, failed to evolve.

Comic Book Guy: It's almost impossible not to quote the Comic Book Guy, we realize. 'Worst. Episode. Ever.' and probably 'I've wasted my life' have leapt free of the Simpsons orbit and into the actual lexicon. Fine. But it would behoove us all, as a society, to check ourselves when it comes to the further proliferation of Comic Book Guy quotes. The world has moved beyond this particular vision of the Harry Knowles-style nerd. See? That's the first time you've thought of Harry Knowles in literally three years. Case closed." 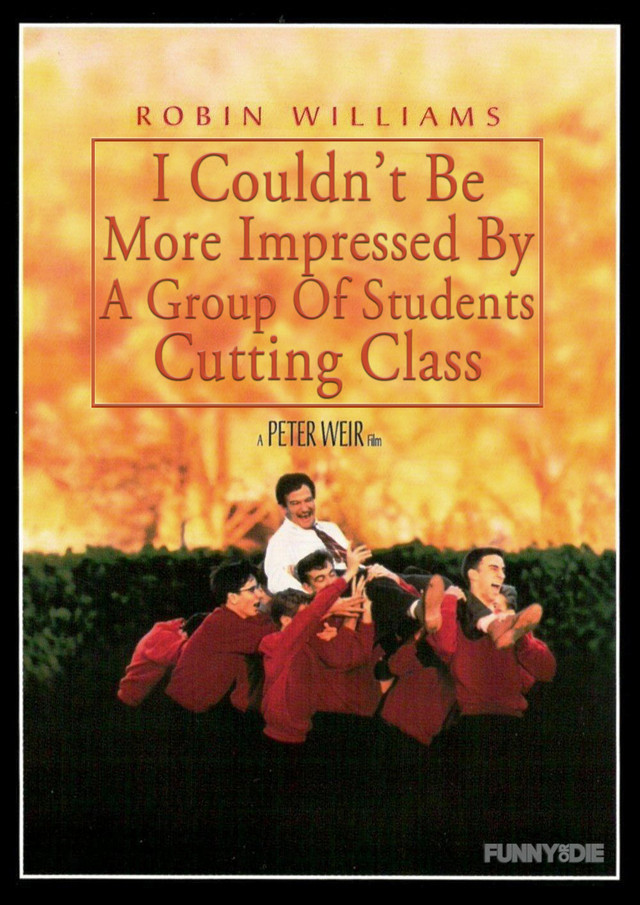 From "21 Movies With Upworthy Titles."

A Russian choir gets lucky.