"Deborah Kampmeier on 'SPLit'": The director of "Virgin" and "Hounddog" chats with Indie Outlook about her extraordinary new film.

“[Indie Outlook:] In a recent interview with Emma Eden Ramos at Luna Luna Mag, you said that a line in ‘SPLit’ was inspired directly by an answer you gave in a 2009 Salon interview. It was a beautiful statement about wanting your daughter to ‘grow up whole.’ Can you elaborate on that idea? [Kampmeier:] ‘That is what the film is about, really. We’re not aware of the patriarchal society that we live in because it’s all that we know. It’s the air that we breathe and comprises the fabric of our existence. I’m very disturbed by this notion of ‘purity’ and ‘pure women.’ I think it’s such a big part of the split that happens within people. Repression and abuse are two sides of the same coin. It’s all about controlling and shaming female sexuality. I have a daughter, and I don’t want her to grow up abused or repressed. I want her to grow up as a whole, sexual being. I feel very strongly that our sexuality is deeply connected to our creativity, our spirituality, our power and our wholeness, and that is being chipped away at constantly in this society. Our daughters need to be educated, not naive and ‘pure.’” 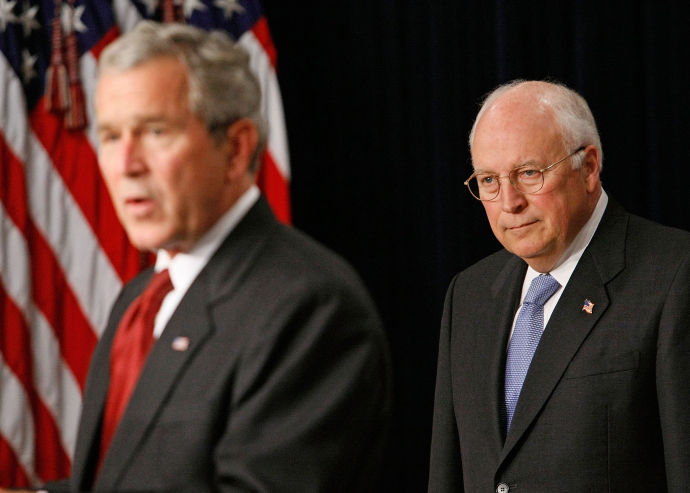 "How the Bushes Misunderstood Cheney": An essential essay from The New Yorker's Nicholas Lemann.

“The most consequential examples of Cheney’s conservatism come from his years in the Bush 41 Administration. As the Secretary of Defense, he hired Paul Wolfowitz as one of the top officials in the Pentagon, and he tilted away from Mikhail Gorbachev and toward Boris Yeltsin because he believed that Yeltsin would push harder for the dissolution of the Soviet Union. After that happened, Cheney sponsored a study by Wolfowitz calling for the maintenance of a one-superpower world in the post-Soviet era as the core principle of U.S. foreign policy. George H. W. Bush evidently didn’t notice any of this, because Cheney was so competent and reassuring. George W. Bush didn’t notice either. It’s pretty clear that both of them figured it out later, after Cheney and his allies had adeptly shaped the first couple of years of the U.S. response to 9/11—the Patriot Act, the inexorable road to the Iraq War, and all the rest. The lesson is that, if you think somebody has changed fundamentally, especially somebody over the age of sixty, it probably means you didn’t know the person as well as you thought. And that was because you were looking mainly for a quality that was important to you, not for what was important to him.” 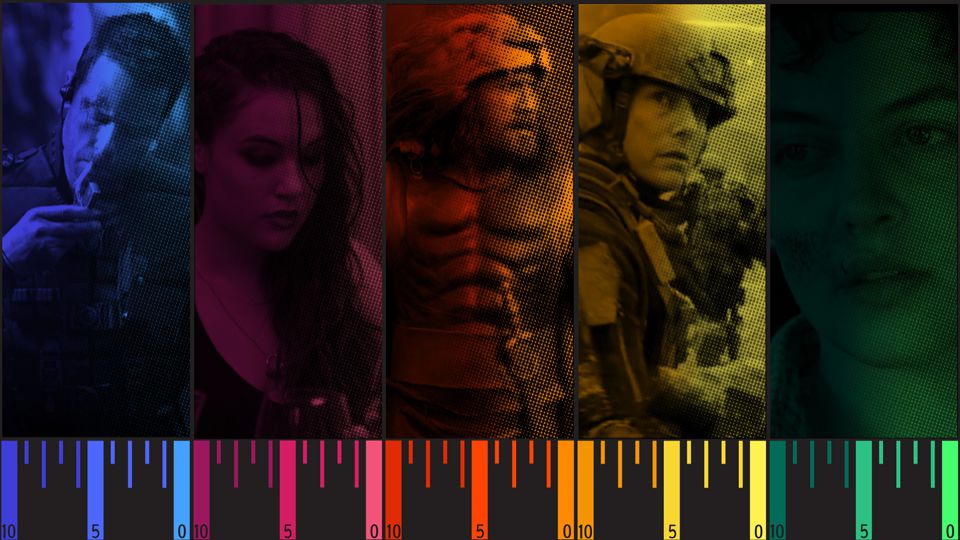 "What I learned from watching the first 10 minutes of 500 movies": A fascinating piece by Mike D'Angelo of The A.V. Club.

“By far the most fun aspect of this project has been unexpectedly enjoying movies that I was certain I’d hate, or would at least find utterly without interest. You truly never know. Brett Ratner, for instance, is a director I’d always dismissed as a hack, despite having only ever seen the first ‘Rush Hour;’ all of his films have been poorly reviewed, and he tends to sound like a douchebag in interviews, so I drew what seemed like the obvious conclusion. And yet ‘Hercules’ was not just surprisingly fun (perhaps due in part to my predilection for seeing myths punctured), but proved to be far more spatially cohesive than the vast majority of recent Hollywood action flicks (yes, especially the Marvel pictures). Nor did I think I wanted to watch a Chinese drama about the friendship between a bachelor and his family’s long-time maid (‘A Simple Life’), or the fifth sequel to ‘Universal Soldier.’ Given the slightest chance, though, both of them won me over.” 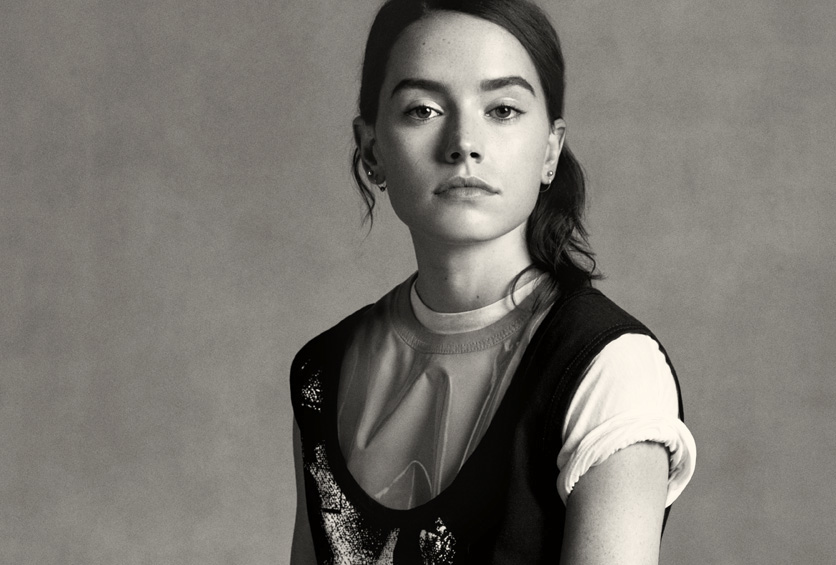 “FISHER: ‘Oh, you're going to have people have fantasies about you! That will make you uncomfortable, I'm guessing.’ RIDLEY: ‘Yeah, a bit.’ FISHER: ‘Have you been asked that?’ RIDLEY: ‘No, they always talk about how you're a sex symbol, and how do I feel about that. [Fisher sighs] I'm not a sex symbol! [laughs]’ FISHER: ‘Listen! I am not a sex symbol, so that's an opinion of someone. I don't share that.’ RIDLEY: ‘I don't think that's the right—‘ FISHER: ‘Word for it? Well, you should fight for your outfit. Don't be a slave like I was.’ RIDLEY: ‘All right, I'll fight.’ FISHER: ‘You keep fighting against that slave outfit.’ RIDLEY: ‘I will.’” 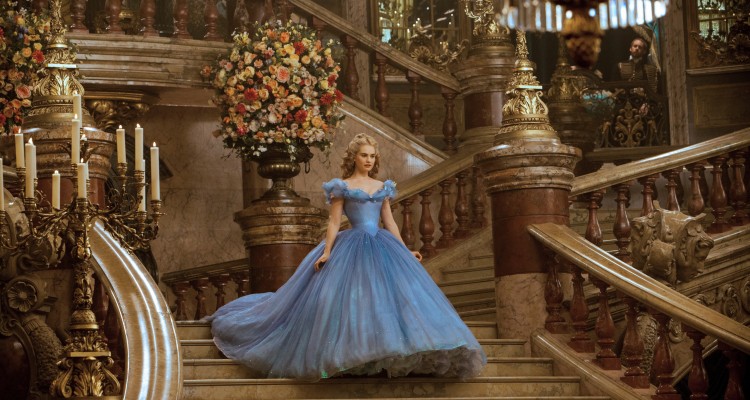 "Fear the Chick Flick": Film Takeout's Samantha Garrison contrasts this year's "Cinderella" remake with the Drew Barrymore classic, "Ever After."

“Played for a large audience, Cinderella is perfectly acceptable pop culture. But young girls tuned into the right frequency, playing through the oft-told story in their minds, get a different, very subversive message: we are more than domestic work. We can save ourselves by being good and open to love, but we can’t necessarily do it alone. We, regardless of our past, deserve dignity. It’s powerful stuff, and though the messages often evolve for the time period, they are always there, speaking empowerment to women. It’s dark magic of the highest order. While there are many Cinderella stories put to film, I’m going to look at just two today: ‘Cinderella’ (2015) and ‘Ever After.’ Both are primarily based on the 1697 Charles Perrault version of the story, with the latter borrowing just a touch from Wilhelm and Jacob Grimm (because they jacked it from Perrault and Bob Ross-ed it with some happy trees). This is the version we’re most familiar with because Disney used it as the basis for their 1950 animated ‘Cinderella.’ It includes a fairy godmother, pumpkin carriage, glass slipper and delightful magical animals, but unlike several older iterations, does not include any torture or punishment for the step-family at the end. In fact, the biggest difference between Perrault’s version and Disney is that the step-sisters get to marry lords after they apologize. Perrault actually out-weirded Disney by sqaushing female competition in favor of forgiveness. What a creep!” 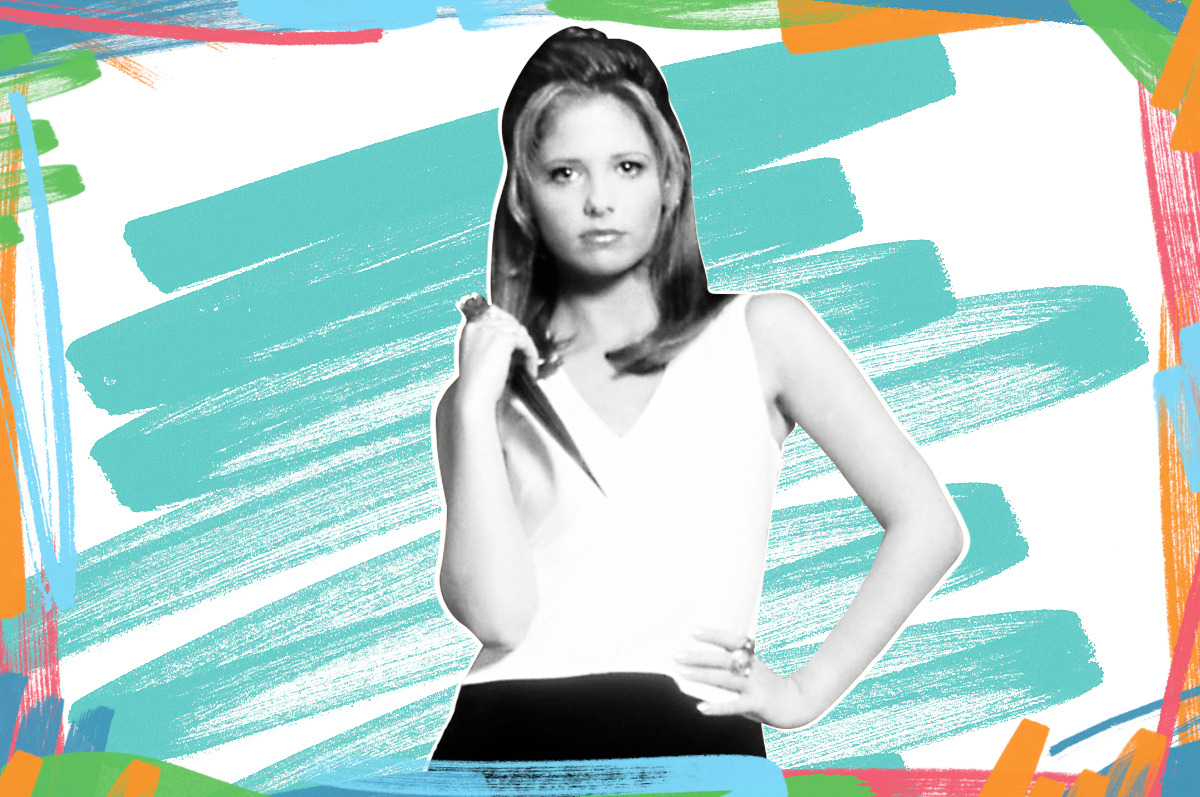 Doug Walker (a.k.a. The Nostalgia Critic of ChannelAwesome.com) presents a marvelous appreciation of Jason Reitman's debut feature, "Thank You For Smoking."