“That pressure is not Lena Dunham’s fault. The problem is a culture—high and low—in which so few young women have large public platforms. The few who do break through—and this is important: as in many other arenas, they are often white and privileged—become such exceptions that they immediately get elevated to the highest pedestals, examined under the strongest microscopes, and placed in the most punishing stocks, all for having the temerity to exhibit some combination of ambitious, successful, feminist and flawed behavior. It’s a formula that makes it impossible to benignly consider and evaluate the work or contributions of women like Dunham, to come away with mixed reviews or mild appreciation or, for that matter, to not really love what she does but also not detest her enough to condemn her to eternal damnation.” 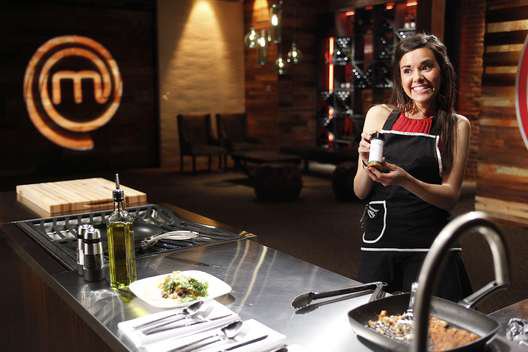 “Examining my sexist reaction to this season of ‘MasterChef’ made me realize the pervasive role of gender expectations in the series. ‘MasterChef’ distinguishes itself from other cooking reality competition shows by focusing on ‘home cooks’ without any formal training. Between traditional gendered work divisions regarding who cooks at home (somehow persisting even in the era of the ‘foodie’), and the rampant sexism of the professional culinary industry, the line between “home cooks” and ‘chefs’ is undeniably gendered. But the ‘MasterChef’ producers have done their best to obscure this dynamic: there are a roughly equal number of male and female contestants at the start of each series; and over five seasons, the collective male/female breakdown between the top ten, top five, and top three contestants stays close to 50-50 (26-24 women-to-men in the top ten, 12-13 in the top five, and 8-7 in the top three). This steady equality might be the result of some producer meddling, but MasterChef contestants are never explicitly separated into gender ranks (whereas on the long-running ‘Hell’s Kitchen,’ also hosted by Gordon Ramsay, has a ‘boys team’ and ‘girls team’ for the bulk of each season, but not necessarily a steady rate of loss from each side as one team is generally made safe from elimination in each episode).” 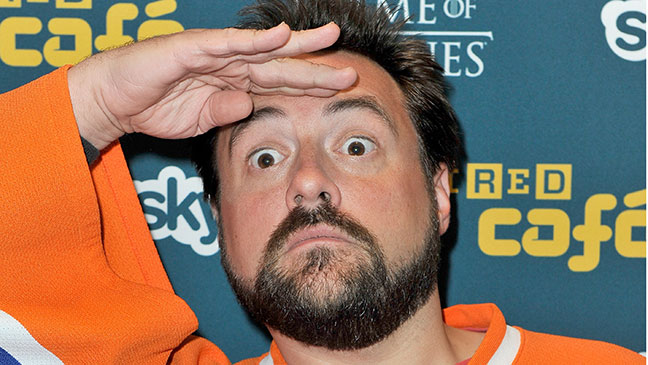 "Shut the F—k Up, Kevin Smith: Nobody Gave You 'Clerks III' Money Because of 'Tusk'": Dustin Rowles of Panjiba explains why he can no longer trust the director he (sometimes) loves.

“How are we supposed to believe the guy anymore? According to him a year ago, ‘Clerks 3’ never seemed to be in doubt. According to him, he was going to retire as a director. According to him, ‘Cop Out’ was the best movie he’s ever made. According to him, ‘Tusk’ was his best directing effort to date. According to him, Johnny Depp’s daughter, Lily Rose, and his daughter, Harley Quinn, are ‘naturals in front of the camera,’ and his next movie, ‘Yoga Hosers’ is one of the best movies he’s ever made. I saw Harley Quinn and Lily Rose in ‘Tusk,’ and with two minutes of screentime, it was evident that they were not ‘naturals.’ At all. They were Redbox-level actresses. ‘Cop Out’ was not his best movie. Kevin Smith is not going to work with Seth Rogen for the next gajillion movies, as he vowed after ‘Zack and Miri Make a Porno.’ Kevin Smith is not, as he once promised, going to reuse the entire cast of ‘Red State’ on ‘Hit Somebody,’ a movie that’s now a TV series that will probably never materialize.” 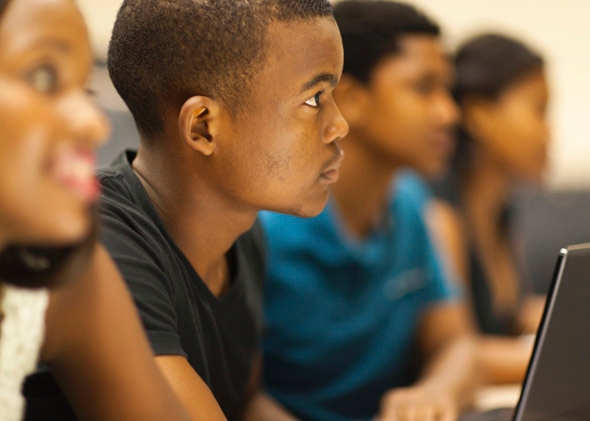 “‘Ebonics’ is mocked as a fake language, and efforts to use it in schools have sparked vocal opposition. When the Oakland, California, school board approved Ebonics for use in its schools in 1996, a flurry of public figures condemned the decision. ‘I understand the attempt to reach out to these children, but this is an unacceptable surrender, bordering on disgrace,’ said the Rev. Jesse Jackson, who later reversed his stance, but not before he was endorsed by a wide range of people. At the time, linguists protested the criticism, noting the extent to which Ebonics—officially known as African American Vernacular English—is recognized as a language system with its own grammar and pronunciations, with roots in the regional dialects of 17th century Great Britain. Far from being slang or broken, AAVE is a distinct form of English used by many blacks in informal settings.” 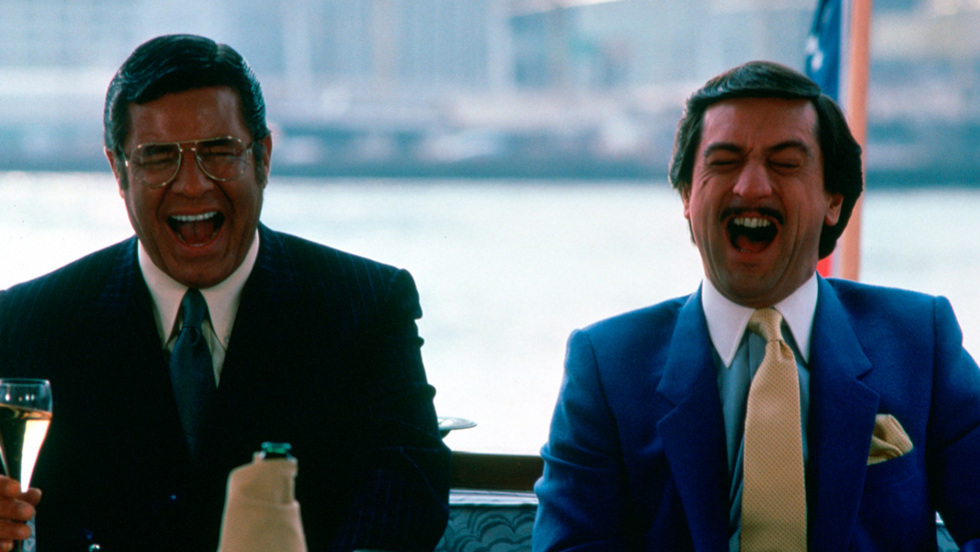 “The story of Scorsese’s next film after ‘Raging Bull,’ also his next collaboration with De Niro, hinges on another backseat scene. As the film begins, Rupert Pupkin (De Niro), a wannabe comedian, infiltrates the private towncar of late-night funnyman Jerry Langford (Jerry Lewis). Pupkin calls himself a stand-up, but it seems very likely that he has never performed in front of a crowd. He prods Jerry for advice, but when Jerry starts in with the usual talk about hard work and elbow grease—‘You gotta start from the bottom’—it becomes clear that what Pupkin really wants is to be waved past the velvet rope, a shortcut chance at a big break on Jerry’s show without the hassle of auditioning. Pupkin worships celebrities generally, and in particular Langford, and like many people obsessed with show business, he hasn’t the faintest idea how it works. ‘The King of Comedy’ is his movie, the story of a man who at no point in his life coulda been a contender, making sure that he gets a title shot regardless.” 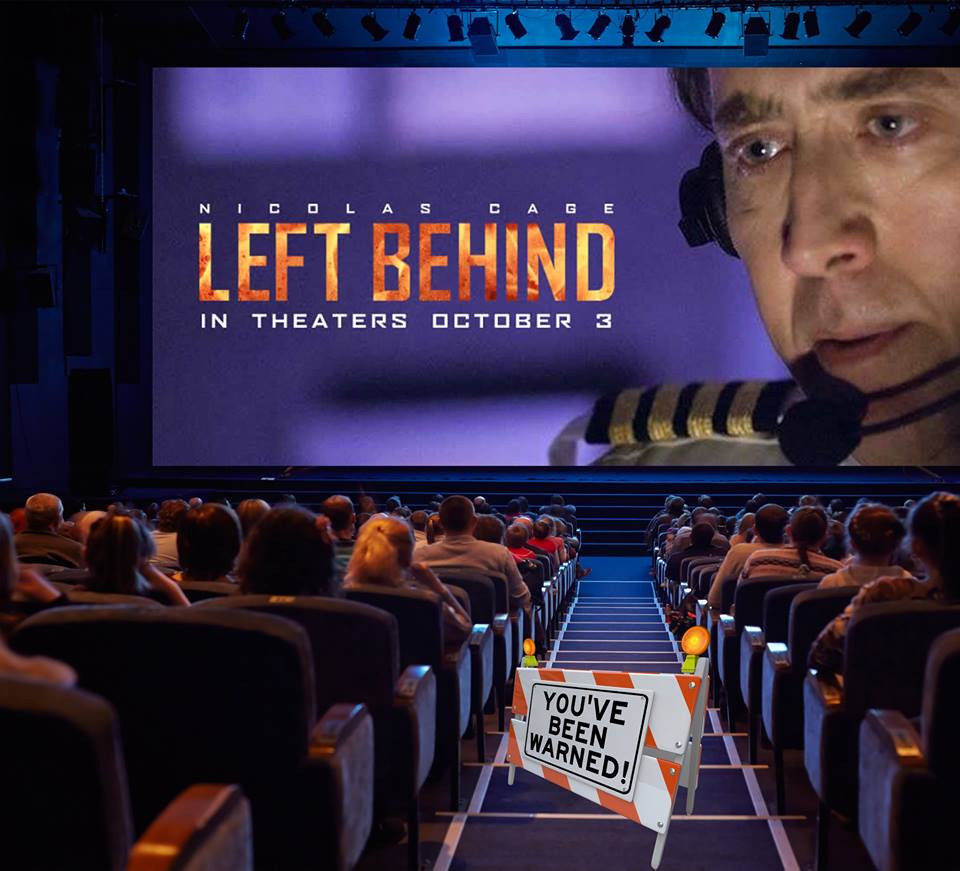 An actual promotional still for the new big screen version of "Left Behind," already widely hailed as a camp classic for the ages.

David Fincher - And the Other Way is Wrong from Tony Zhou on Vimeo.

Yet another essential video essay from Tony Zhou, just in time for the release of David Fincher's "Gone Girl." In this video, Zhou asks, "What does Fincher not do?"