"David Paterson on 'The Great Gilly Hopkins'": The screenwriter chats with me at Indie Outlook about adapting his mother's beloved novels (including "Bridge to Terabithia") for the big screen.

"Bridge is very closely based on my relationship with my best friend. She was killed nine months after I had met her, and I was seven years old at the time. My mother wrote the book more out of therapy than anything else. In the book and movie, the adults didn’t know how to deal with Jesse. They avoided him as if he was a broken china doll, and they felt that if they reached out to him, he would break even more. My mom would be the first to admit that a lot of people abandoned me because they didn’t know what to do. She didn’t think that the book would ever get published. She had written three lesser-known works about feudal Japan, and this was an American book about an American story. Her publisher told her that the book needed to be published, and obviously, she was right about that. But the ensuing success and notoriety of the book drove me underground. I was ashamed and in a lot of ways humiliated by the success of the book. We had been dirt poor, and now all of a sudden, I had new shoes, my dad was able to buy a newer used car, we were actually eating meat two or three times a week, as opposed to once, and the only trade off was we had to kill my best friend for it." 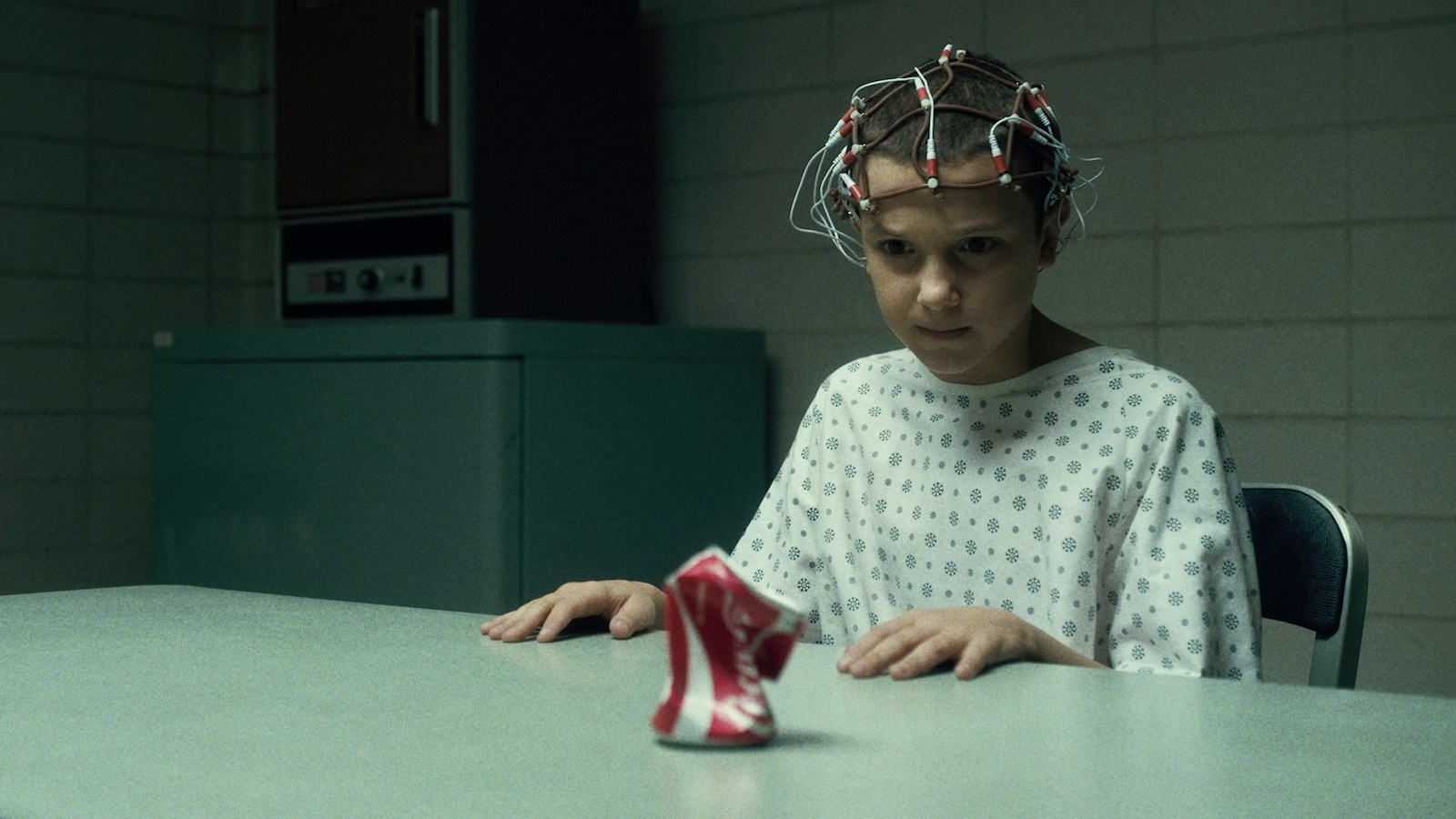 "The rise of magical realism in TV reflects society's increased frustration with reality": According to Quartz's Tom Hawking.

“It’s been said that looking at a TV is like looking at a mirror; what we see on TV reflects what is happening outside our living rooms in the world at large. But in 2016, that mirror is now straight out of a funhouse. The underworlds of the 2000s were naturalistic, albeit frightening versions of everyday reality that we wouldn’t want to wind up stuck in, but the places that characters have been ending up in of late are … well, strange.The most prominent example of late has been ‘Stranger Things,’ the winner of the ‘That Show Everyone’s Talking About’ mantle for 2016. The ‘upside down’—a parallel universe into which the unfortunate Will Byers is kidnapped at the start of the show’s narrative—is a terrifying inverse reflection of our own world. The environment of ‘Stranger Things’ is our own, but with a sinister, largely unseen twin locked up in the basement (or, as the above image of Eleven shows, a laboratory). The allegorical implications make perfect sense in 2016: the world we’re living in is built on shaky foundations, and when the crazy starts bleeding through into our day-to-day lives, the results are no one’s idea of a good time. ‘Stranger Things’’ ‘upside down’ stands in for all the horrible oddity that exists in the world—the explanation for the suffering and injustice surrounding us in real life.” 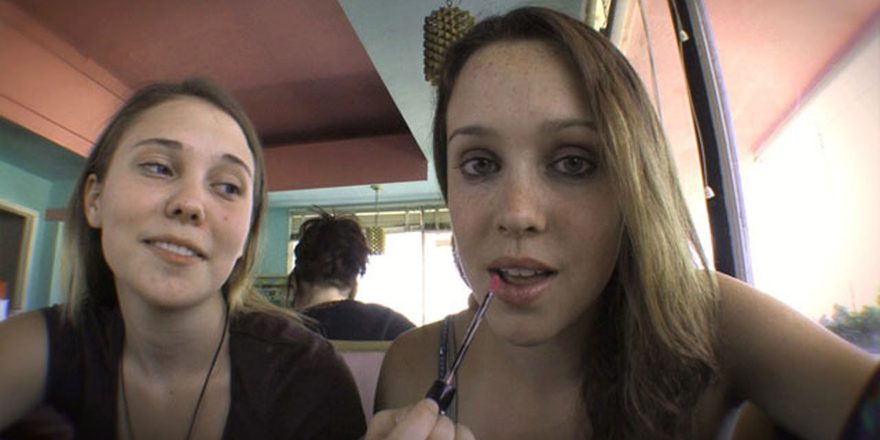 "The 'Missing' Masterpiece of the Found-Footage Horror Genre": Jim Hemphill champions Michael Goi's 'Megan is Missing' at The Talkhouse.

“The found-footage subgenre has also yielded one unadulterated masterpiece that ranks with the greatest horror films ever made – and which deserves to be far better known than it is. That film is Michael Goi’s ‘Megan is Missing,’ a relentlessly unsettling thriller that reinvigorates subject matter that has devolved into cliché in episodic TV procedurals and true-crime shows, shattering both the clichés and the viewer’s sense of complacency with a thoughtful approach to both form and content. The movie follows two teenagers, Megan and Amy, who disappear within a few weeks of each other after Megan begins an online relationship with an older boy. Goi’s conceit is that the story is being told after the fact via videos that have been unearthed following the abductions: webcam footage, surveillance video, iPhone chats, news reports, etc. The final 22 minutes of the movie consists of unedited, unaltered footage taken from Amy’s home video camera after it’s discovered in a trash can, and this sequence, in its own unadorned way, is as impressive a cinematic tour de force as the opening shot of ‘Touch of Evil.’ It contains the most disturbing imagery I’ve ever seen in a movie, and it’s all the more disturbing because it’s earned – Goi isn’t using violence for cheap effect or exploitation, but to stare unblinkingly into the essence of pure, agonizingly realistic evil and to convey human suffering with horrifying immediacy.”

"The rom-com is dead. Good.": A celebratory essay from The Washington Post's Emily Yahr.

“As much as I adore that final scene in ‘You’ve Got Mail,’ it is a twisted turn of events — so I found the parody hilarious. But the video also speaks to the current generation’s cynical view of romantic comedies. That’s why when people go on tangents about how Hollywood can’t make a good rom-com anymore and the genre is dead, I’m secretly relieved. As the parody shows, we now live in a thinkpiece era, and frankly, none of the wildly popular, cult status-like movies of the 1990s — otherwise known as the peak rom-com period — escape unscathed. Romantic comedies are fueled by an idealized version of love, while modern sensibilities about gender roles and romance have increasingly caused audiences to see these films through a much different lens. Some suggest this could be one of the reasons for the genre’s slow demise over the past two decades. ‘An increase in irony has helped to drive a stake through the genre’s traditionally unabashed earnestness, and a rise in feminist critiques — much of it fueled by online culture — has also certainly been a factor in tearing down the sexist tropes that dominated the genre,’ HitFix.com reporter Chris Eggertsen wrote in a 2015 piece that counted down 11 ‘offensive cliches’ in rom-coms. ‘Mostly, I think we just got tired of living the baby boomer fantasy of ideal romantic love, propagated in large part by the society’s unprogressive cultural expectations regarding gender roles.’” 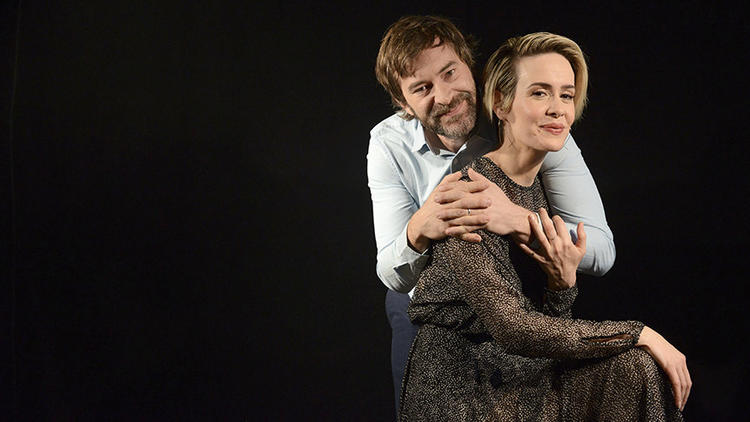 "Sarah Paulson and Mark Duplass on turning an existential crisis into the improvised indie romance, 'Blue Jay'": In conversation with Amy Kaufman at The LA Times.

“Duplass had never worked with Paulson, but he knew her well. The actress’ best friend, Amanda Peet, starred alongside Duplass on HBO’s ‘Togetherness,’ which he co-created, directed and helped write. And when they’d all hang out at parties, he was always surprised by how different Paulson seemed from the women he’d seen her play on the FX series ‘American Horror Story.’ Off-screen, she was goofy and giggly and made fart jokes. He could imagine her in his movie — even though he didn’t really know what his movie was going to be. Before shooting began in Crestline, Calif., there was no screenplay — just a two-page outline that included a few basic beats. Two exes run into one another in a grocery store. They grab a cup of coffee. They go back to his house. She starts rummaging through his things — old journals and tapes, the refrigerator — and the pair start falling into old patterns. To flesh out the story, Duplass and Paulson spent some time together talking about their romantic lives. Duplass has been with his wife, actress Katie Aselton, for 15 years, and describes himself as a serial monogamist. He already had been in two serious relationships by the time he turned 18. Paulson, meanwhile, has been dating actress Holland Taylor for about a year; she is 41, and Taylor is 73.” 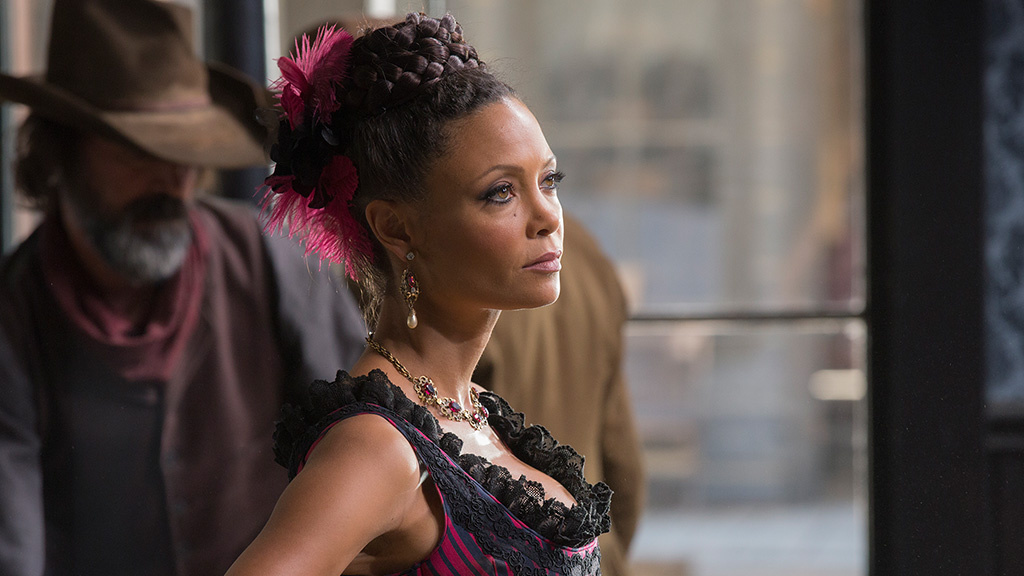 Thandie Newton explains to The Frame's James Kim "why she finds personal empowerment" in HBO's "Westworld."

In his latest engaging video on the Harry Potter franchise, critic Chris Stuckmann explains why he believes "Harry Potter and the Order of the Phoenix" is underrated.