“What exactly made so many people—let’s not be coy here, so many young white men—hate disco so much? An aversion to a steady dance backbeat? A dislike of orchestral instrumentation? What? Did it really have nothing to do with the fact that disco was popularized as ‘black’ music? (Rock music was originally ‘black’ music too, of course, but in a post-Elvis era it sure didn’t look that way, Jimi Hendrix aside. And Hendrix was nine years dead in 1979.) Did it have nothing to do with the embrace of disco by the gay community? Was it a coincidence that whenever anyone wanted to make disco artists the butt of a nasty joke their go-to example was The Village People and ‘YMCA’? Did it have nothing to do with the fact that disco icons were frequently black women like Gloria Gaynor and Diana Ross, who sang anthems of empowerment like ‘I Will Survive’ and ‘I’m Coming Out’ and seemed like the polar opposite of the aggressively macho white frontmen rock fans idolized? Is it a coincidence that Disco Demolition Night happened almost exactly 10 years after the Stonewall Riots, nine years after the first issue of Ms. Magazine, six years after the election of the first black mayor of Los Angeles, three years after Gerald Ford officially recognized Black History Month?” 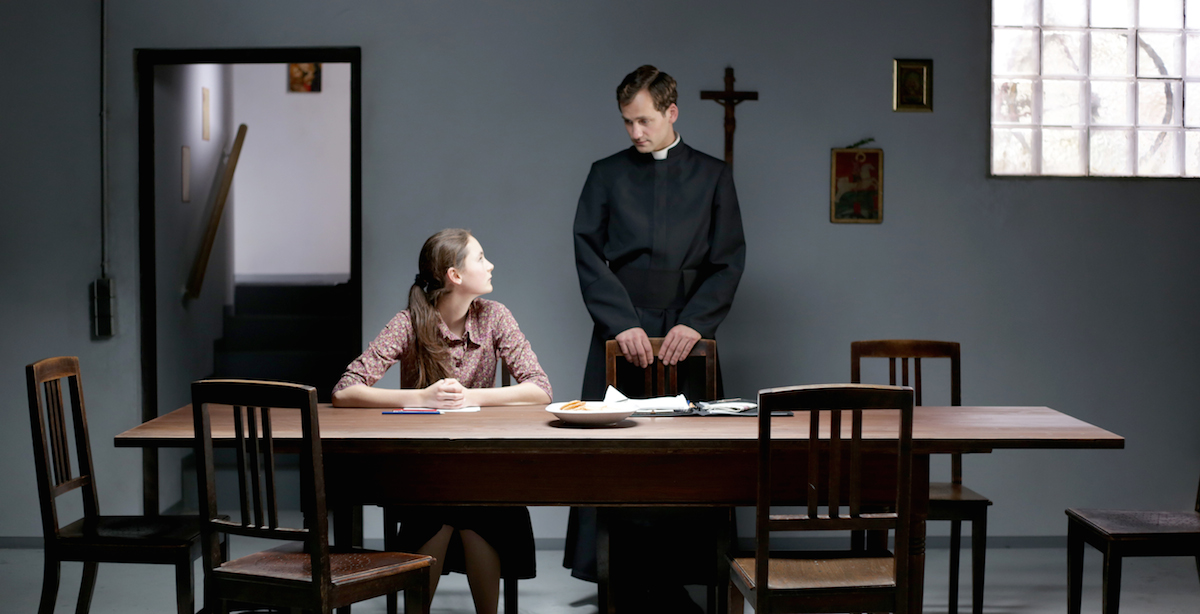 "Dietrich Brüggemann on 'Stations of the Cross'": At Indie Outlook, I interview the excellent German director about his Berlinale prize-winner, which ranks as one of the year's best films.

“How did you go about developing the character of the mother, who emerges as quite a tragic figure in her final scene? [Brüggemann:] ‘I couldn’t be more grateful for that remark, because when the film draws criticism, it’s mostly the mother, because some people think she’s a caricature, and I always reply: Oh no, it’s just the other way round, most films reduce the bandwidth of human behaviour in order to make it accessible within the world of a film, but if you go out there and watch real people (or documentaries), you’ll see an endless supply of real-life caricatures. It’s just about understanding them from within, and when you’ve achieved that, go ahead and put them in a film. So to me, the mother draws mainly from two sources. One being my father in his Catholic phase (which faded out the way it came, as mentioned before), and the other is a specific type of Catholic woman. We all know Catholicism is basically patriarchic, God is Our Father and in families, the father is often god. But then, there’s also those strong-willed, eloquent, intelligent women who would maybe have huge careers if their religion wouldn’t confine them to the family sphere. So they put all that energy in their families (or go and run a monastery as if it was a business). And these women are almost always married to soft, silent men.’” 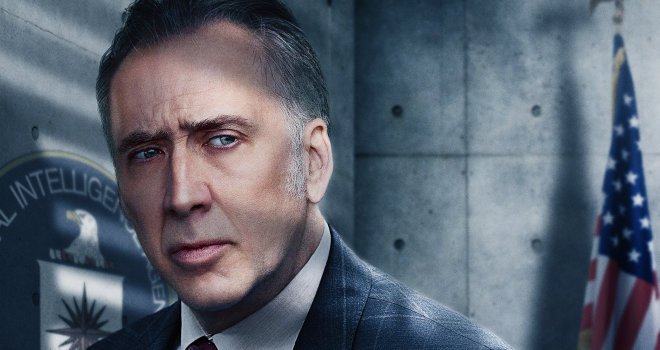 “Paul Schrader isn’t going gently into that good night. The ‘Taxi Driver’ scribe and veteran director has found a way to address losing control over his latest film, the Nicolas Cage thriller ‘Dying of the Light,’ which he says has been taken away from him ahead of its December 5 debut just two months after Lionsgate Home Entertainment acquired the film. “We lost the battle,” Schrader wrote on Facebook Thursday. “Dying of the Light, a film I wrote and directed, was taken away from me, redited, scored and mixed without my imput [sic]. Yesterday Grindstone (a division of Lionsgate) released the poster and the trailer. They are available on line.’ Schrader famously lost a similar battle in 2003 when Morgan Creek Pictures and WB hired Renny Harlin to re-direct his ‘Exorcist’ prequel ‘The Exorcist: Dominion.’ His cut of the film was eventually released after Harlin’s version bombed, to slightly better reviews.” 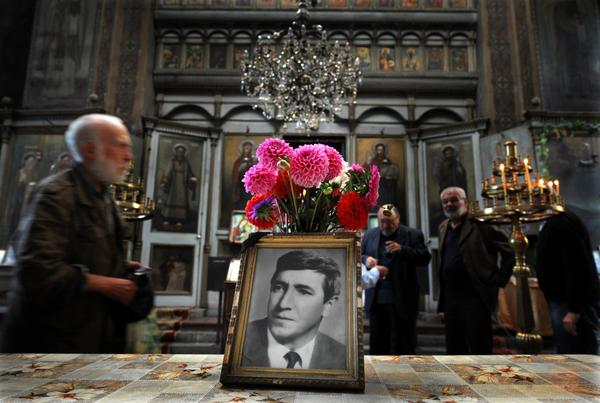 "Case closed on 1978 poison umbrella killing of Bulgaria defector": From the archives: Carol J. Williams of The Los Angeles Times wrote last year about the official closure of the unsolved Markov case.

“Zhivkov was Eastern Europe's longest-ruling communist when he was forced to resign after Bulgarians joined the pro-democracy revolutions that swept the region at the end of 1989. But a little-reformed Bulgarian Socialist Party succeeded the Communists in free elections in 1990, leaving Zhivkov allies in positions of authority over the secret service, with little incentive to pursue the investigation of the dissident's slaying. In ‘Kill the Wanderer,’ a 2005 book recounting his yearslong investigation of the Markov case, Bulgarian journalist Hristo Hristov detailed the findings of his review of nearly 100 once-secret files of the State Security Services. He concluded that Soviet KGB agents hatched the plot to kill Markov in cooperation with a Bulgarian security agent codenamed ‘Piccadilly.’ Markov died in a London hospital on Sept. 11, 1978, four days after the poison pellet was stabbed into his leg. The Bulgarian investigation was closed Thursday, a day after the country's statute of limitations on murder was reached. ‘The investigation was launched 35 years ago, which is the maximum period. It cannot be extended since no concrete action -- arrest order, detention or accusations -- have been undertaken,’ Rumiana Arnaudova, a spokeswoman with the Bulgarian state prosecutors’ office, told Novinite.” 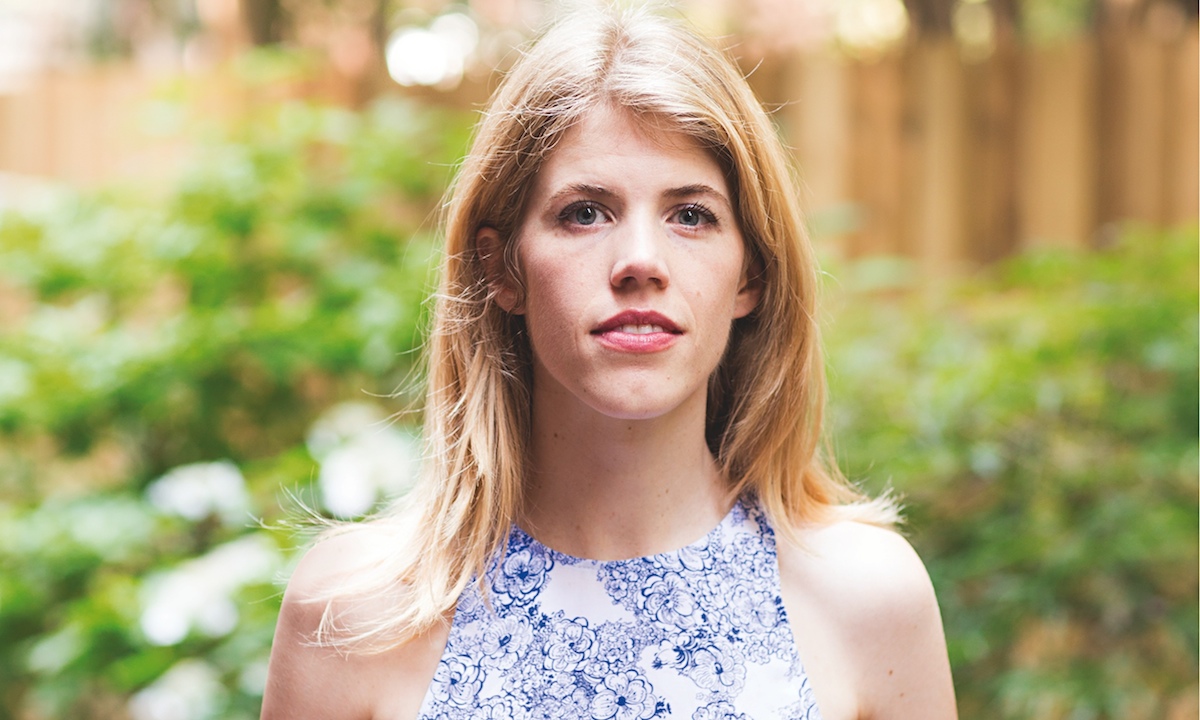 "'Am I being catfished?' An author confronts her number one online critic": Author Kathleen Hale tracks down her notorious troll in this terrific article for The Guardian.

“One day, while deleting and rewriting the same tweet over and over (my editors had urged me to build a ‘web presence’), a tiny avatar popped up on my screen. She was young, tanned and attractive, with dark hair and a bright smile. Her Twitter profile said she was a book blogger who tweeted nonstop between 6pm and midnight, usually about the TV show Gossip Girl. According to her blogger profile, she was a 10th-grade teacher, wife and mother of two. Her name was Blythe Harris. She had tweeted me saying she had some ideas for my next book. ‘Cool, Blythe, thanks!’ I replied. In an attempt to connect with readers, I’d been asking Twitter for ideas – ‘The weirdest thing you can think of!’ – promising to try to incorporate them in the sequel. Curious to see if Blythe had read my book, I clicked from her Twitter through her blog and her Goodreads page. She had given it one star. ‘Meh,’ I thought. I scrolled down her review. ‘F—k this,’ it said. ‘I think this book is awfully written and offensive; its execution in regards to all aspects is horrible and honestly, nonexistent.’ Blythe went on to warn other readers that my characters were rape apologists and slut-shamers. She accused my book of mocking everything from domestic abuse to PTSD. ‘I can say with utmost certainty that this is one of the worst books I’ve read this year,” she said, ‘maybe my life.’” 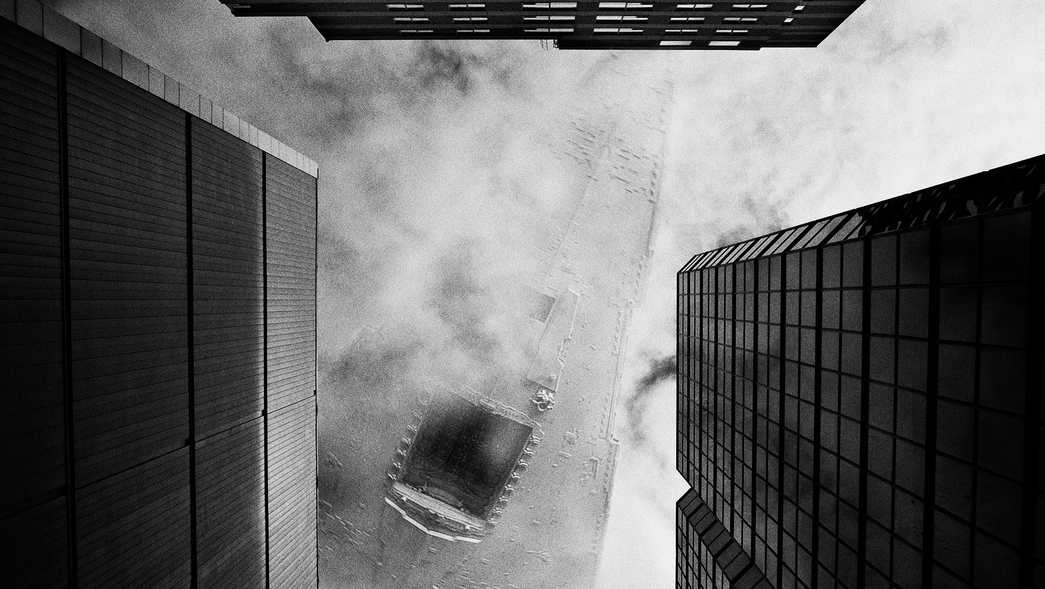 Photographer Thomas Dagg shares a series of dazzling "Star Wars"-inspired snapshots "providing a glimpse into my mind at eight years old—a long time ago in a galaxy far, far away..."

Vox's Todd VanDerWerff begins his article, "Elizabeth Peña died earlier this week. Here's how Hollywood failed her." with a clip from the season finale of "I Married Dora," which he dubs, "one of the most bizarre fourth-wall breaks in American TV history."