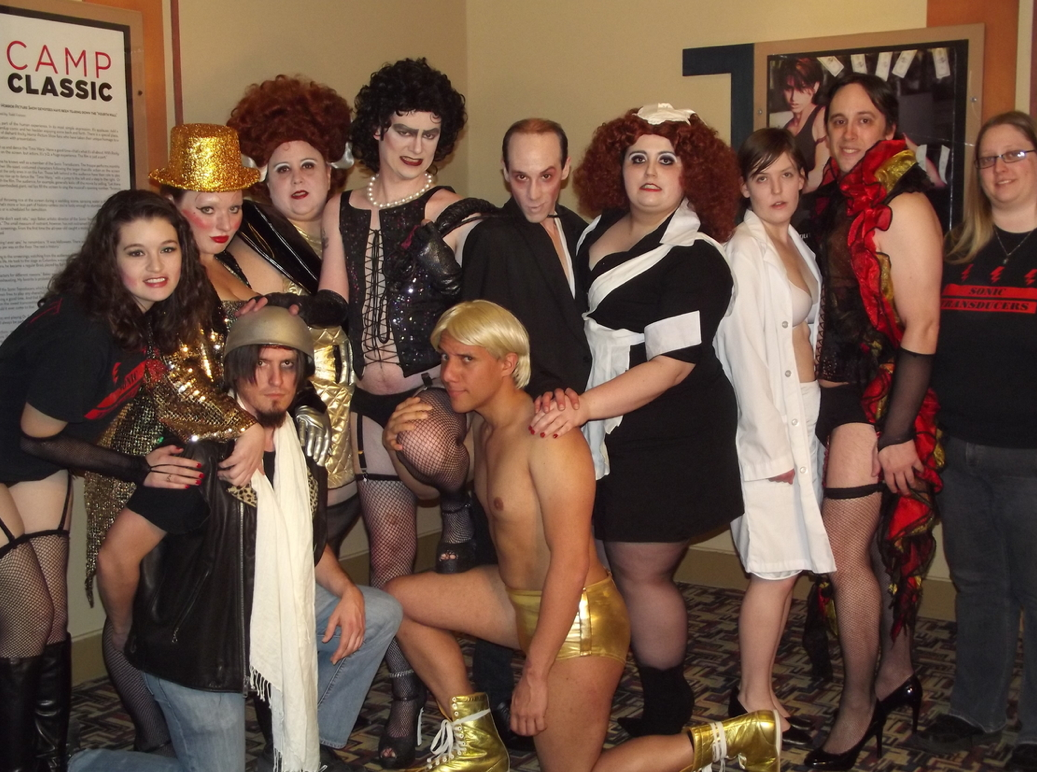 "'Rocky Horror' and Body Positivity at Midnight." At NPR, Matthew Weddig talks about one of the many unanticipated side benefits of the most famous of all midnight movies: the way it encouraged audience members to love themselves and their bodies even if they weren't conventionally beautiful or handsome—or gendered.

"It is a very comfortable space for 'freaks' but it is probably a bit off putting for the 'Brad' and 'Janets' of the world who might be taken aback at the radical expression taking place," says Nat Pyle, who studies gender and sexuality at the University of California, Santa Barbara. "For the freaks that go regularly I have no doubt that the space has therapeutic value for them. It rejuvenates a sense of verve and lust for expression that then many take with them into their daily lives where they might be ostracized for the very thing that in the Rocky community they are celebrated for." 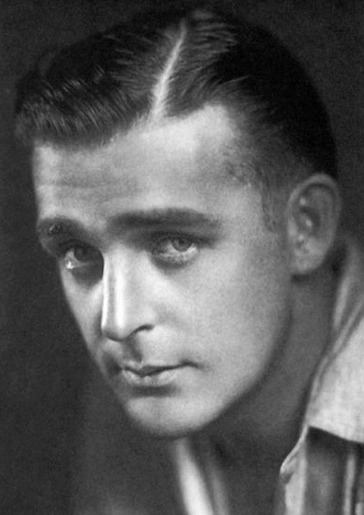 "The Roaring Road to Ruin: Wallace Reid." At Sunset Gun,  Kim Morgan rhapsodizes about Wallace Reid, a now-largely-forgotten star of the silent pictures.

"Wallace Reid or, 'Wally,' as he was affectionately called, isn’t talked about much these days. His 200 plus pictures, many lost or tough to find, are rarely seen, his troubles occasionally discussed; many don’t even know who he is.  A big enough name to rival Mary Pickford, Douglas Fairbanks and Charlie Chaplin, the 'screen's most perfect lover' was beloved by fawning women, admiring men and awe-struck kids. He was cool. He made soft collars fashionable, influencing men to abandon their stiff, detachable neck stranglers. Young, not-yet-famous Clara Bow once waited eight hours to see Wally’s personal appearance in Brooklyn. He starred in Cecil B. DeMille pictures including, Carmen (1915), Joan the Woman(1916) and The Affairs of Anatol (1921), worked with Dorothy Gish, Gloria Swanson, Geraldine Farrar and Bebe Daniels, popularized racing pictures including The Roaring Road (1919), DoubleSpeed (1920), Excuse My Dust (1920) and Too Much Speed (1921); the inventory of pictures and collaborators are too extensive to list. Tall, well built, handsome, he was adept with drama, romance, comedy and action, making him a major moneymaker for Paramount/Famous-Players Lasky and one of the first movie stars of the silver screen. He was also one of its first dope casualties." 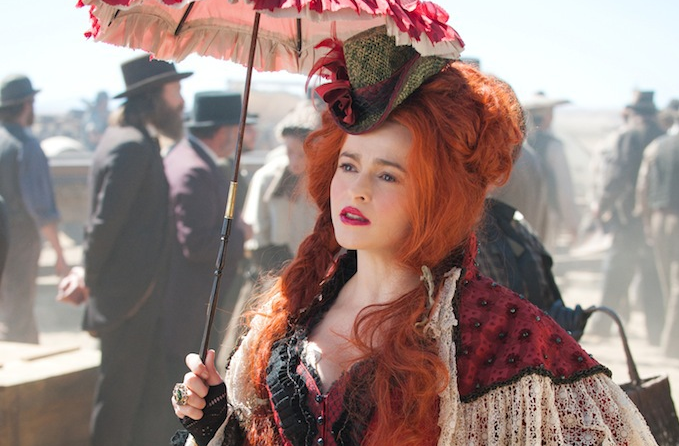 "Hamptons Film Fest: Helena Bonham Carter Compares Reaction to 'The Lone Ranger' to 'Fight Club.'" By Drew Taylor. Self-explanatory. Quentin Tarantino is a fan of this widely reviled film, as it turns out. And so is this guy.

"I hope it's going to be reappraised. Tim [Burton—her longtime partner] always talks about how a movie gets bad reviews and then we see it on the telly and the little description is a good review. It's like, when did you reappraise this thing? It only came out six months ago and you shat on it." 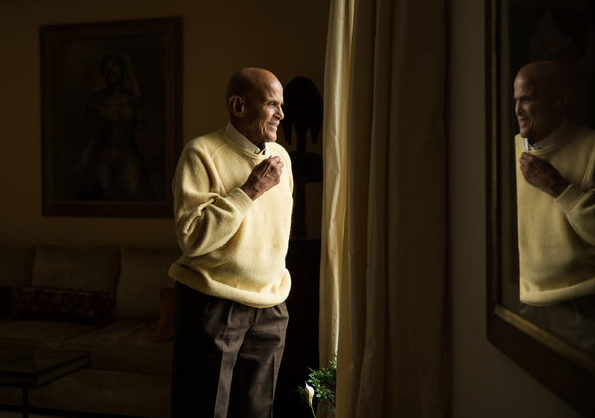 "Belafonte Sues the King Family." Actor, musician and activist Harry Belafonte files suit against children of The Rev. Dr. Martin Luther King, Jr., to reclaim possession of three documents that used to be in his collection of memorabilia.

"Mr. Belafonte says the papers were given to him by Dr. King himself; by his widow, Coretta Scott King; and by Dr. King’s close aide Stanley Levison. Dr. King’s heirs — Dexter, Bernice and Martin Luther King III — have said the documents were taken without permission and belong to the estate. Mr. Belafonte, who often supported the King family financially during the civil rights struggle, said the dispute pains him. He said in his view, Dr. King’s children had drifted away from their father’s values. 'The papers are symbolic,' he said. 'It’s really about what happened to the children, and I feel that somewhere, in this one area, I really failed Martin.'”

"The Trouble With Kenan Thompson's Comments About Not Casting Women of Color." At Shadow and Act, Emmanuel Aktobi wants to have a 'come to Jesus meeting,' an intervention, or whatever one would call it" with the "Saturday Night Live" star, who told TV Guide that he thinks the variety show's dearth of nonwhite performers is mainly the result of the show's inability to find qualified candidates.

"'SNL' wanted Thompson to tell jokes, but he couldn't deliver; all he could do was the same lame impressions he's now known for.  Sounds like he wasn't "ready". But he got the job anyway.  Lucky man...Maybe those women who auditioned for 'SNL' shouldn't have even bothered to waste their time.  Thompson has increasingly made a habit of hogging female roles, that could be played by women-of-color, for himself." 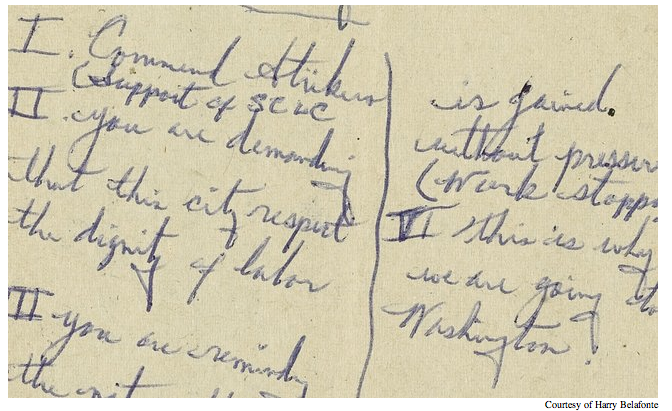 "The Best Films of the 49th Annual Chicago Film Festival," by RogerEbert.com contributor Kevin B. Lee, featuring Michael Phillips of The Chicago Tribune. For more information, see the accompanying article on Fandor or visit the festival's homepage.