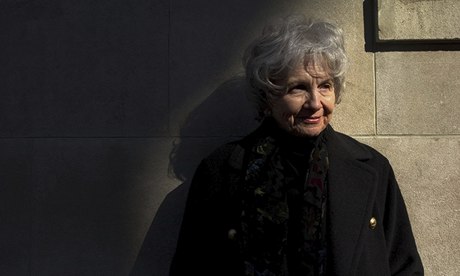 "Alice Munro Wins Nobel Prize in Literature." By Charlotte Higgins for The Guardian. The 82-year-old Canadian short story writer wins the award the same year she announces her retirement. Related: "Alice Munro: The Art of Fiction No. 137", a Paris Review interview conducted with the author, Mona Simpson and Jeanne McCulloch. Editorial aside: If you have not yet read her work, you are missing one of the distinctive voices of the last 100 years. Get cracking!

"In her 14 volumes of short stories, including The View From Castle Rock (2006) and The Progress of Love (1986), the warp and weft of rural and small-town life in south-western Ontario has always been her subject, having only once swerved off course into the novel. She once said of her work: 'What I wanted was every last thing, every layer of speech and thought, stroke of light on bark or walls, every smell, pothole, pain, crack, delusion, held still and held together – radiant, everlasting.' Her retirement from writing prompted the following tribute from the novelist Jane Smiley: 'Thank you, Alice Munro, for one glittering jewel of a story after another. Thank you for the many days and nights I spent lost in your work. Thank you for your unembarrassed woman's perspective on the lives of girls and women, but also the lives of boys and men. Thank you for your cruelty as well as your kindness, because the one plus the other is the essence of truthfulness.'" 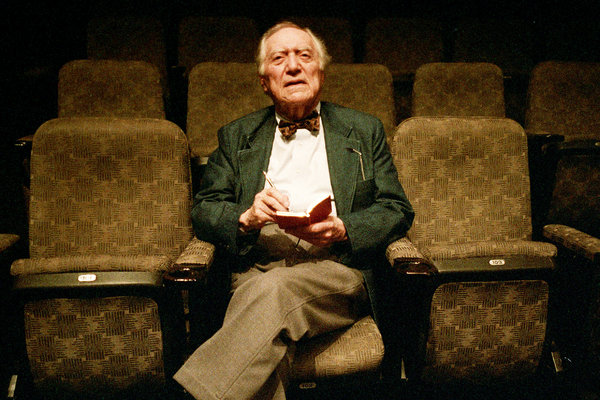 "Stanley did not found a theory or make a cult out of his opinions. He had a steady and firm belief that amid so much commercial fodder the cinema could produce works of art and imaginative reach to live beside the best of the other arts. Over the years, he became a famous seeker-out of lesser known pictures, often in foreign languages, and unafraid of small, local subjects. He knew that the educated and creative eye is never impressed by size or locality. It saw aspects of the human spirit whether delivered by Nicholas Ray or Satyajit Ray, by Ingmar Bergman or Ingrid Bergman. This is not the easiest or most glamorous path for a film critic to take, especially in a culture that knows far too little about India, eastern Europe, Iran, Cuba, or what lies beyond the Hudson River. Stanley was a New Yorker through and through: You could hear it in his reasonable, dry but edgy writing. But he was a citizen of a wider world that was opened up in his lifetime by cameras and screens. When Stanley Kauffmann was born Intolerance was a daring and naive flight of American show business. By the time he died it was clearly a condition of the world from which there was no hiding. Stanley was one of a great generation that urged us to look and see; to watch and try to understand." 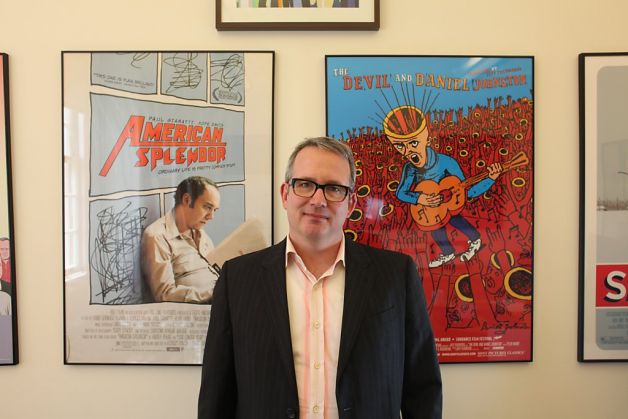 "Hope said, 'I think it's just being an indie producer -- you determine what movies what movies you want to make and how you're going to make them, whether it's starting a company or anything, you're your own boss. That's how I've been used to working. The things I've been brought to, the Bay Area and the Film Society, are wonderful things that also need as much tending and guiding as my own garden. The Film Society is unique in having not just a world-renowned festival but a grant program. Those are running at full steam as they were before I got here. But they involve time, energy, commitment focus, strategy, all of that. There's a good reason why there are 26 employees here. It takes an army to get stuff and I've always been an army of one.It's tough coming from the background I have. You get job offers, projects come your way, people ask you to produce stuff. I'm committed here because of a shared mission, but I'd be a liar if I said every time a script was sent your way, you have to bristle. I said no to everything for this entire year, so I was certainly prepared for it, but at a certain point you hit a roadblock and you look where the alternative roads are. I loved throwing my energy behind something and not having to look back. Here, at the Film Society, we're always moving in seven directions. You can't turn the ship around.'" 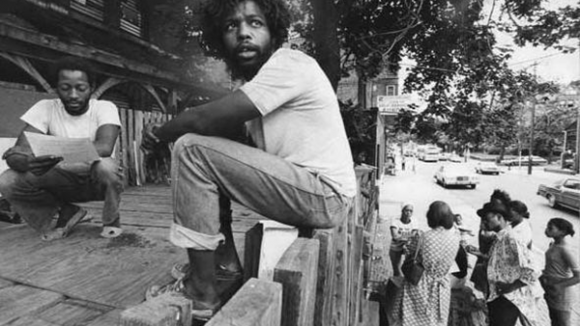 "But many terrific documentaries don’t fit into a singular niche—they’re less easily definable, and reach across multiple demographics. 'Let the Fire Burn,' for example, is an engrossing account of the city of Philadelphia’s tragically violent clash with a fringe black-power group called MOVE in the early 1980s. By touching on broader themes of failed ideals and the abuse of power, it appeals to more than just Philadelphians, radicals, or historians of the black experience. Meanwhile The Institute, an odd yet intriguing hybrid fiction doc about a San Francisco-based cult/social reality game, becomes a larger examination of aimless young people looking for something to believe in. 'And God Loves Uganda,' which chronicles how North American evangelicals have suppressed gay rights in the African country of Uganda, is a multidimensional film, touching on questions of race, sexuality, religion, and politics. Though these films transcend any one definable niche, are people showing up to see them? 'Let the Fire Burn' earned a respectable $5,400 on one screen over the weekend, but would that number have been higher if there hadn’t been seven other doc options? And it should be noted that docs aren’t only competing with themselves; every indie film, or even Alfonso Cuaron’s 'Gravity,' which is being marketed to sophisticated moviegoers, can be viewed as competition. While the cream often rises to the top, it can be hard to find it when there’s so much overflowing milk around. Even three strong docs within a two-week timespan seems a lot to digest. While there may be some really passionate consumers of documentaries out there, how many of them will see two or three films in a single, or even consecutive weekends? Sometimes, there can be too much of a good thing." 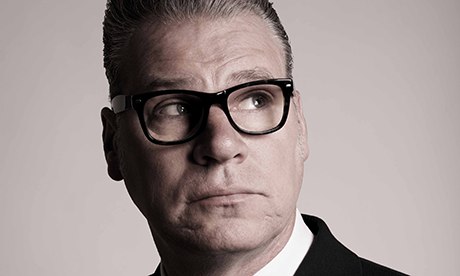 "Hatchet Job by Mark Kermode." In a review for The Guardian, Will Self explores the role of the critic now that the Internet has "changed everything."

"Kermode certainly understands that change is afoot: he looks back over his own career, which began with manually typing copy and then delivering it to Time Out by public transport, with a certain nostalgia. He holds as integral to the business of proper criticism – and while he's talking about film this could certainly apply across all the arts – that its practitioners should be considered in their verdicts, be prepared to accept personal attribution, and should respect the production exigencies of their chosen art form. In the case of film this means observing embargoes and not "reviewing" work in progress. His mistake is to imagine that simply by transposing these diktats from the printed page on to the web the kind of culture he has commented on for so long can be preserved in virtual aspic. Kermode grasps, rightly, that the problem for contemporary writers of all stripes (film-makers and musicians as well), is that the fundamental link between words/images/sounds and money has been severed by the web; what he doesn't get is that this severing is irrevocable. He writes breezily about monetising web content, but really he's like a little Dutch boy with his finger stuck in a hole in the paywall, while over the top thunders a mighty inundation of free content. The root of Kermode's confusion lies, I think, with another solecism. In discussing the demise of the film projector's profession he glosses a well‑worn media studies shibboleth thus: 'when it comes to the inevitable change from analogue to digital, the medium is not the message – at least, not in its entirety.' This is an observation Kermode wishes to extend to every aspect of the web revolution, but I somehow doubt that he's ever actually read Marshall McLuhan's Understanding Media; or, if he did, he simply cannot have understood it." 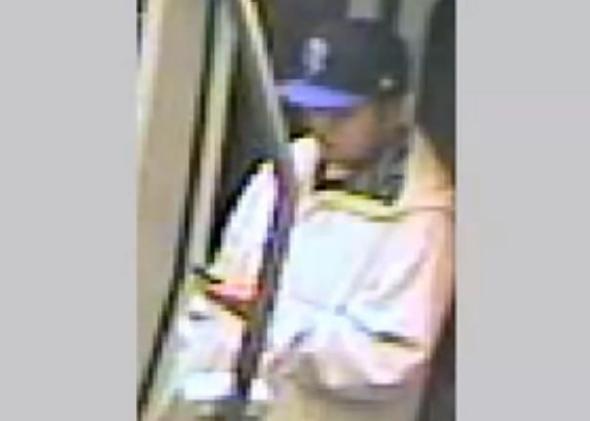 In the recent SF Muni train murder, passengers on smartphones didn't notice the gunman until he pulled the trigger. Here's a surveillance image from the event.

Prologue to "The Royal Tenenbaums." New Yorkers (and everyone else!) are cordially invited to tonight's Strand Bookstore panel discussion of RogerEbert.com's Matt Zoller Seitz's The Wes Anderson Collection. Also present: The New Yorker's Richard Brody and NY1's Lisa Rosman. Do stop by.