"Dietrich Brüggemann on 'Heil'": The excellent German director of "Stations of the Cross" chats with me at Indie Outlook about his dizzyingly audacious new Neo-Nazi satire.

“[Indie Outlook:] ‘Would you say that Germany, as the film suggests, hasn’t changed nearly enough in the 70 years since World War II?’ [Brüggemann:] ‘Oh yes, it has changed quite a bit. My film doesn’t say the usual ‘all Germans are still Nazis on the inside’ thing. Some are, definitely. Others have structural similarities. You can be a left-winger, [but] your thinking, the way you deal with other opinions and conflicts, can be structured in a totalitarian way. ‘Heil’ pokes quite a bit of fun at this. In general, I guess there are certain properties of human behavior that will never change. We always tend to form groups and be hostile towards other groups. And there’s always a certain percentage of awful people committing atrocities, filling the news and making everybody think that everything is horrible. What they don’t say in the news is ‘330 million people just went about their everyday lives and nothing special happened.’ Media keeps us in a constant state of desperate hysteria, and ‘Heil’ is largely about this hysteria, and about those three percent of total idiots who fill the news, and maybe also about the little idiot inside all of us. So I’d say there is hope for progress, even if it takes centuries. It’s an everyday rule of thumb that everything you do takes roughly seven times longer than planned.’” 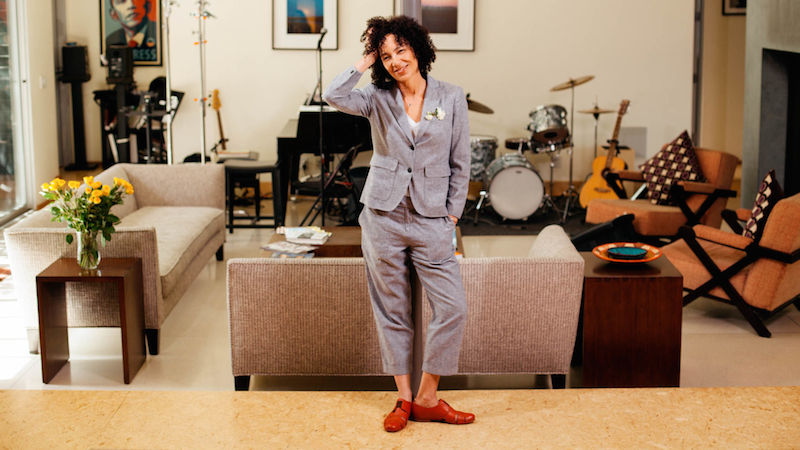 "Hollywood's Obsession With the Bottom Line Is Just Discrimination In Disguise": A great essay from Cosmopolitan's Stephanie Allain.

“Studios are driven by the financial bottom-line. They green-light movies that they think will make money, and favor tentpole titles — action movies, superhero movies — that will perform well overseas. But blaming the bottom line doesn't excuse you from responsibility for the racism and sexism that plays out in Hollywood, a racism and sexism so subtle and ingrained that many executives can't see their own complicity. I'm a good, liberal person. I can't possibly be part of the problem. Only that's not true. I've heard racist and sexist things come from the mouths of good, liberal people: Years ago, while casting a film, I sat across from a studio head who told me that audiences overseas ‘do not want to see a black person's face 30-feet high. It's not personal. It's business.’ I think he really believed that. Another time, a studio head confided that he would absolutely give me more money for a film, if it weren't for the racial clauses in foreign contracts that limited the number of black people in the cast. (I never saw the actual contract.) I've heard the buzzwords — strident, aggressive, hysterical — whenever a strong, passionate woman campaigns for her vision. We now know audiences want to see themselves reflected on screen, and studios want in on the changing demographics — at least to an extent. It's no coincidence that the new ‘Star Wars’ features a black man, a Latino man, and a woman, or that a tentpole Young Adult franchise like ‘Hunger Games’ got made even though there's a woman at the center of it. They want to sell tickets. But the problem remains: Who has control over these projects? Who is directing them? Almost always white men. We need more films by and about people of color, including women, who want to tell their own stories.” 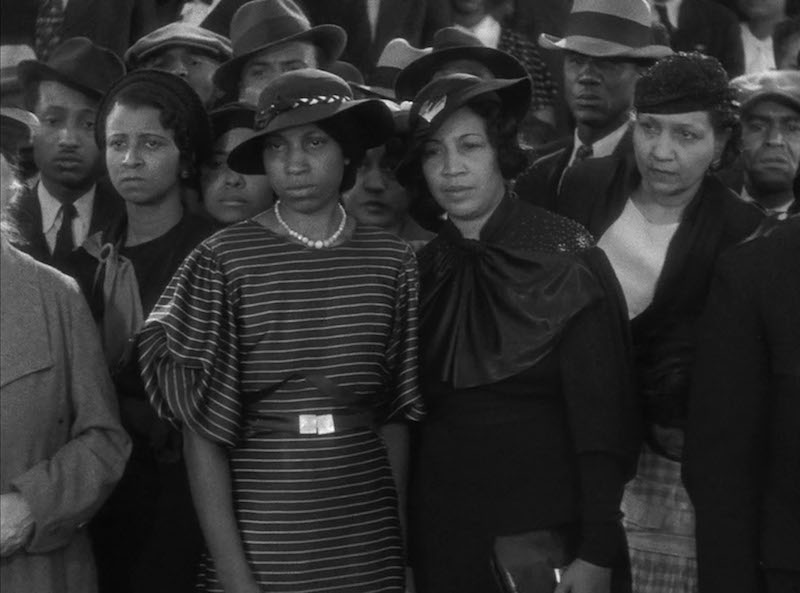 “To hire extras, studios and productions would place requests for extras with Central Casting to find the types needed on set. Casting agents at Central would then search for the right fit from a roster of available extras, who were catalogued by type, physical features, and skills. (Some examples: ‘Blonde’; ‘Beautiful’; ‘Jewish’; ‘Latin’; ‘Nurses’; ‘Swimmers’; ‘Toothless’.)  A studio could make a call for any kind of person or group of people,­ including calls ‘specifically for ‘Orientals, Negroes, or other ‘racials.’’ When calls were needed for ‘racial types,’ Central Casting relied on a ‘runner’ system:  delegates acted as intermediaries between Hollywood productions and the often-segregated minority populations across Los Angeles whom the studios wanted to bring into the backgrounds. A 1934 article in Variety listed Tom Gubbins, “an Englishman who formerly lived in China,” as the man who ‘handles all the Chinese talent used in pictures and acts as interpreter for the directors’; while ‘Hawaiians and Filipinos are hustled by Alessandro Gambo’; ‘Mexicans report for work to John Eiberts’; and ‘Jamiel Hasson handles nothing but Arabs. He doesn’t work often, but when he does he usually breaks up a half dozen tumbling acts to get his countrymen in pictures’ and a former army officer was responsible for casting ex-service men. In 1920s Hollywood, African-American actors fought for roles of substance on film, and sought out parts that weren’t demeaning or stereotyping. But film historian Charlene Regester notes that African-Americans were ‘not cast in redeeming roles and occupied a degrading range of gradations in employment,’ such as roles as ‘domestics’ and ‘mammies.’ In large part, she writes, ‘for African-Americans, being employed in white Hollywood meant being employed as an extra.’”

"The Secret History of 'The Endless Summer,' the Most Influential Surf Movie Ever": According to LA Weekly's Keith Plocek.

“Before ‘The Endless Summer,’ independent surf films featured shots of Hawaii, maybe Malibu, with very little action on dry land. [Bruce] Brown’s flick was a crossover hit, with [Mike] Hynson and [Robert] August spending about half their screentime out of the water. They discovered breathtaking waves, but they also interacted with local kids in Ghana and got chased by wild animals in South Africa. They were on an epic journey. A generation later, a little boy in Australia would see the movie for the first time and feel an overwhelming need to travel. ‘It was like a ball in my gut,’ says Jess Ponting, who grew up to become the founder of the Center for Surf Research in San Diego. ‘I lusted after going and surfing these perfect waves in amazing places.’The idea of the perfect wave wasn’t even part of the surfing lexicon before ‘The Endless Summer,’ and the faraway, friendly nirvana presented by the movie created a template for marketing what would become a $130 billion global surf industry. ‘’The Endless Summer’ planted an adventure seed in millions of young people’s minds,’ Ponting says. The impact of the resulting journeys wasn’t always positive. ‘It was those of us that were out having our minds enriched that dropped the ball when it came to our impact on those places.’Fifty years after the film was released nationwide, the perfect wave still inspires surfers to take off across the globe. Their footprints might wash away from the sand, but their treks have changed the world forever.” 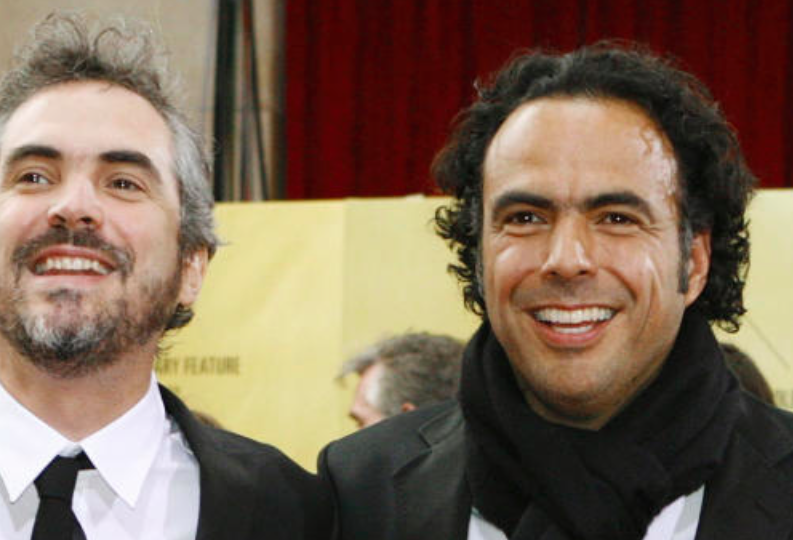 "Why Does Hollywood Love Mexican Filmmakers But Not Mexican Films?": Asks Carlos A. Gutiérrez at Remezcla.

“It’s fundamental to clarify that this problem has nothing to do with the filmmakers themselves (who are often blamed arbitrarily for the fact that their films aren’t seen), but rather with an archaic, worn out international structure that is falling apart. In the concrete case of the United States, every foreign film, regardless of its profile, is condemned to be marketed under the category of ‘art house cinema,’ which represents less that one percent of the American box office and is thoroughly dominated by European films (particularly from France). Just as we celebrate the success of two Mexican filmmakers at the Oscars, it seems appropriate to point out that Mexican cinema doesn’t end with González Iñárritu. Over the last decade many directors have debuted and consolidated their careers as filmmakers (Natalia Almada, Pedro González-Rubio, Fernando Eimbcke, Matías Meyer, Tatiana Huezo, Nicolás Pereda, Eugenio Polgovsky, Yulene Olaizola, to unfairly name just a few) and have produced a vast and magnificent national filmography. The challenge on both a national and international level continues to be how to make visible all of these marvelous films that continue to be marginalized in distribution and exhibition platforms, as well as in the media.” 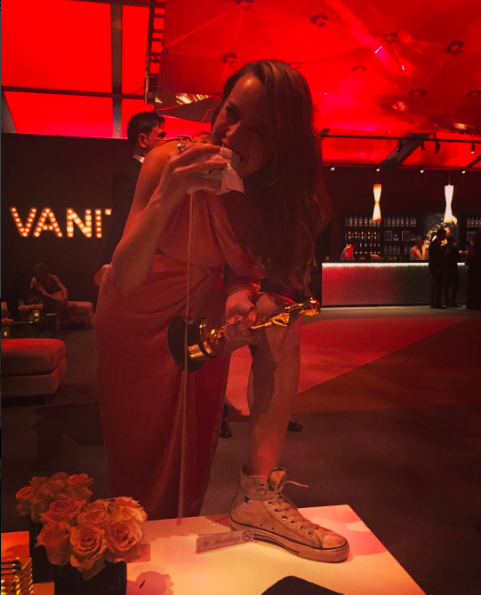 RedEye's Matt Pais selects 10 Instagram posts (including the one above) that "show Brie Larson is a winner at more than the Oscars."

My guest appearance on "The Grouchy Puff Show." Had a blast chatting with host David Pierczynski, and though I take the form of a worm, my trademark hat somehow remained intact.