A looming figure sits in shadow as Nat King Cole sings "Nature Boy." The audience knows the man in darkness is Mike Tyson, one of the most remarkable boxers of all time and a controversial figure outside of the ring. The director, Spike Lee, allows the song to play past the point where most others would bring up the lights, getting to the key line: "The greatest thing you ever learn is just to love and be loved in return." This is not a normal fight song. And it sets the tone that this is not a normal show. Leave most of your expectations of Mike Tyson at the door. Yes, he's still a larger-than-life personality with a few remaining demons and delusions but he's also learned a thing or two about loving and being loved in return. Of course, it's only a minute or two before he's joking about knocking someone out.

"Mike Tyson: Undisputed Truth" played on Broadway to very positive reviews, directed by Lee, who has now filmed the hit show for broadcast. It's a one-man show that dives deep into Tyson's catalog of incredible stories from his rough childhood to his mentorship by Cus D'Amato to Don King, Robin Givens, and beyond. Tyson shares many familiar stories with the fresh angle of hindsight and (sometimes) the wisdom of age, but he also offers an anecdote or two that viewers probably haven't heard before. After that opening number, he welcomes the audience to "his living room" promising them that "it's gonna be a fun night." And he fulfills on that promise, delivering a show that no one else could deliver, heavily influenced by his great director, a man who wisely doesn't get in the way of Tyson's personality but clearly amplifies areas of interest to him. 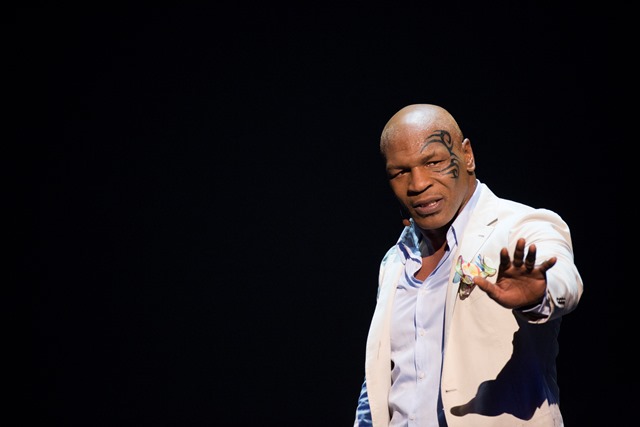 Most of "Undisputed Truth" takes place with Mike Tyson in front of a screen that projects images related to the subject at hand. Early on, Tyson gets emotional when talking about his mother's deferred dreams, and we realize that this is as much a confessional as it is a performance. The moments in "Truth" when Tyson reaches deep inside to wounds that clearly haven't healed—his broken family, the loss of D'Amato, the death of his 4-year-old child—have an amazing power because of the lack of artifice in this man. Whatever you think of Tyson, no one could call him fake. He wears his personality like a badge of honor or a face tattoo. And that sense that you get what you see with Tyson makes the emotional impact of his stories so much more powerful than they would be from a performer.

It helps the naturalism that Tyson simply isn't a finely tuned performer, to put it kindly. He often sounds over-rehearsed on lines, speaks way too fast, and uses his hands too often to illustrate a point. These are the kind of actor tics that another director might have tried to work out of the performance but it feels almost like Lee encouraged the rough edges of this tough guy. Just because the lines sound over-written doesn't mean they're not true and it's the lack of polish in his performance that often makes it so riveting. 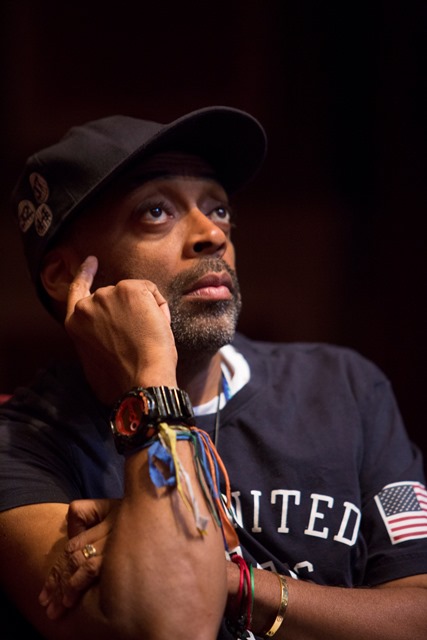 I also find it fascinating the way in which Tyson's history and Lee's motifs as a writer and director intersect in this show. In films like "Do the Right Thing," "Clockers," "Crooklyn," "Red Hook Summer," and more, Lee has become a poet of the neighborhood, recognizing the power of a place to influence a person well beyond the time they leave it. "Undisputed Truth" traces Tyson's life back to those early days with a father he didn't know and a hood that shaped his personality for better and worse. He recognizes that a little part of his addictive personality started with his mother and that his environment fed his destructive behavior. He could be a character in a Spike Lee joint.

Some of Tyson's attempts at humor, especially those at the expense of people he feels have wronged him like Givens and King, don't exactly work. There's still a ton of anger here, buried not so deep under the showman's performance. And so the piece sags a little bit in the middle even if Tyson's energy always keeps it going. He actually seems to get more vibrant as he gets more out of breath and drenched in sweat, like a fighter going for the win in the late rounds. He does get to the sensitive subjects like his rape case but he doesn't spend much time there, getting serious for a moment as he professes innocence and leaves it at that. 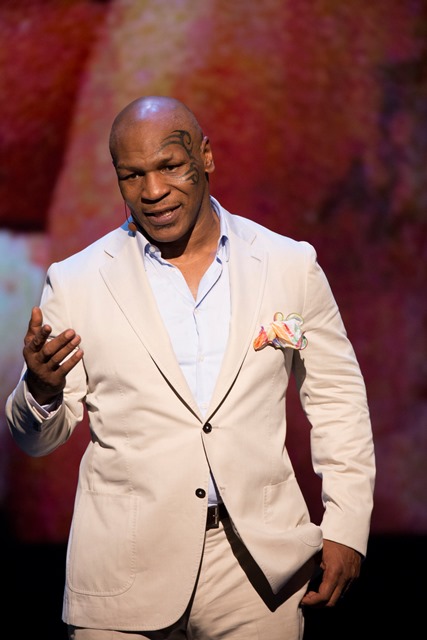 "Undisputed Truth" has two moments near the end that perfectly sum up its overall excellence. When commenting on his notorious face tattoo, Tyson opines "You don't like, don't look at it. It's MY face. F**k you." He's not here, even on a Broadway stage, to please anyone, and that sense of individuality and lack of desperation to please in any walk of life, especially a one-man show designed to sell tickets, has a riveting quality. And then Tyson gets into the story of the greatest tragedy of his life and he gets honestly emotional. Does he do so every night? Does he face the same demons every show or is he acting the moment? Does it matter? He is a man who is both relatable in his humanity and defiantly unique at the same time. He is a performer who is also facing his own emotional opponent in that spotlight. He is learning to love and be loved in return right in front of our eyes.