"Six By Sondheim" runs a tight, efficient 87 minutes. Mixing interview footage with performances of the titular number of songs, "Six by Sondheim" is a love letter to the greatest living American composer, Stephen Sondheim. This is the man who gave Mama Rose her turn, Mrs. Lovett her pie filling, and every Jet on NYC's West Side a mission statement. If you are familiar with these characters, and love them as I do, "Six by Sondheim" will play like a little slice of HBO broadcasting heaven. If not, this excellent documentary provides all the juicy details you'll need to become a lifelong fan.

Directed by longtime Sondheim collaborator James Lapine, "Six by Sondheim" stitches together numerous Sondheim interviews over a 50 year period, coming full circle on current footage of the composer talking directly to us. Interspersed between Sondheim's discussions of his work are performances, past and present, of the six songs chosen by Sondheim. There is also new footage of Mama Rose herself, Ethel Merman, singing in "Gypsy," and a clever YouTube mashup of people singing my pick for the worst song Sondheim ever wrote.

Stephen Sondheim has a record 8 Tonys, the Pulitzer Prize and, with a little help from Madonna, an Academy Award. His songs have been performed since 1957 when, on the advice of his mentor, Oscar Hammerstein II, he fused his lyrics with the memorable Leonard Bernstein score for "West Side Story." That musical provides the first song of the "Six by Sondheim," "Something's Coming." Written as a confidence building number for "West Side Story's" lead, Larry Kert, the song is a harbinger of the lyrical wordplay for which Sondheim would become famous. Sondheim explains that he imagined Kert as a baseball player, which influenced the words Kert's Tony sings in his first solo number. "There's this notion of Tony constantly moving forward," Sondheim tells us, pointing out propulsive phrases like "cannonballing down through the sky."

As the discussion progresses, Lapine supplies black and white footage of Kert singing the song in its entirety. "It brought down the house," Sondheim tells us, but he tempers that by also pointing out "West Side Story" on Broadway wasn't a huge success. It was even bested by "The Music Man," which won the Tony that year for Best Musical. Perhaps the excitement-filled something in "Something's Coming" was the Oscar-winning 1961 movie version of "West Side Story," which rocketed the musical into the stratosphere. 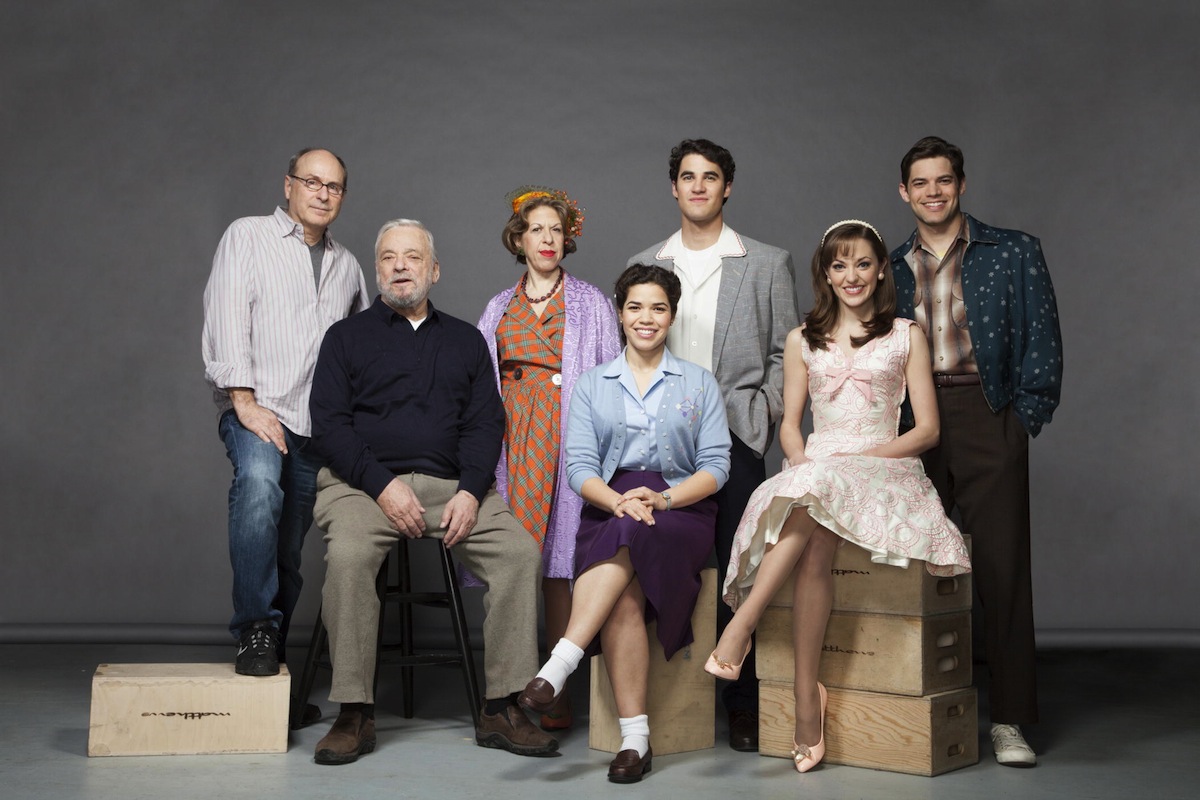 On the other side of success is "Merrily We Roll Along," the 1981 musical that closed after 16 performances. From this, "Six By Sondheim" extracts its second number, "Opening Doors." Described by Sondheim as his most autobiographical song, "Doors" is presented as a two-part vignette directed by Lapine and starring Ugly Betty's America Ferrera, Glee's Darren Criss and Jeremy Jordan. This is a gorgeously rendered number, with special effects and cuts as quick as Sondheim's lyrics.

"I was trying to recapture what I was like when I was 25 and 30 years old," Sondheim says. (He was 25 when "West Side Story" debuted.) Lapine saves his biggest surprise for us during the second part of this number, when Sondheim appears as a Broadway producer chastising the lead characters. Who better to sing a litany of actual criticisms of Stephen Sondheim songs than Sondheim himself?

One of those criticisms is the lack of "hummable" melodies in Sondheim's material. People want to walk out of a show humming the tunes, we are told, and with Sondheim, that was rarely possible. "I hate that word, hummable," complains Sondheim in more than one interview clip. This characteristic, or lack thereof, is supposedly why the musicals for which Sondheim wrote music and lyrics produced few hits. The one hit they did spawn is the third song in "Six by Sondheim," "Send in the Clowns" from "A Little Night Music." Hummable or not, until "My Humps," "Send in the Clowns" was my least favorite song. "Six by Sondheim" made me pay for that, with interest.

"Glynis Johns wasn't a singer with a capital S," says Sondheim, so he wrote "Clowns" as an easy number for her to sing. Sondheim's descriptions of the pauses between lyrics so that Johns could catch her breath are completely obliterated by footage of Patti Labelle, who fills those empty spaces with over-the-top vocal pyrotechnics as only Miss Patti can. Editor Miky Wolf, whose work is superb here, strings together YouTube clips of numerous interpreters of the song, from Frank Sinatra and Judy Collins (who made it a hit) to Carol Burnett, Dame Judi Dench, and Liz Taylor, who sang it in the dreadful movie version of "A Little Night Music." Audra McDonald, a singer with a capital S, provides a current rendition for the documentary. 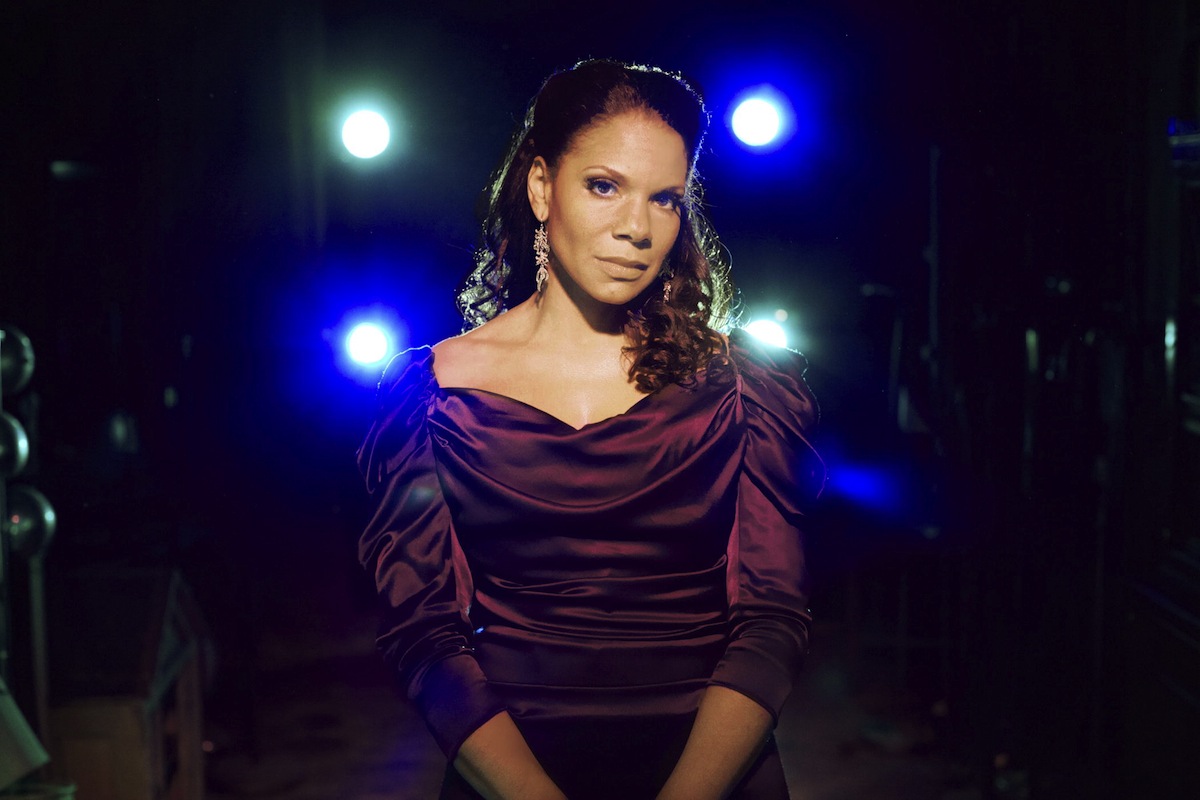 For the fourth song, "Six by Sondheim" swings from his biggest hit to perhaps his most enduring, "I'm Still Here," from "Follies." Written for Lilly Munster herself, Yvonne DeCarlo, "I'm Still Here" catalogues a litany of obviously survivable items and incidents for its singer. It could serve as the definitive statement on Sondheim himself. Between scenes of DeCarlo performing the number, Sondheim offers up the inspiration for the song, a jaw-dropping revelation that, in hindsight, is also perfect. "Six by Sondheim" ends this segment with a Todd Haynes-directed music video that is as fascinating as it is bizarre. 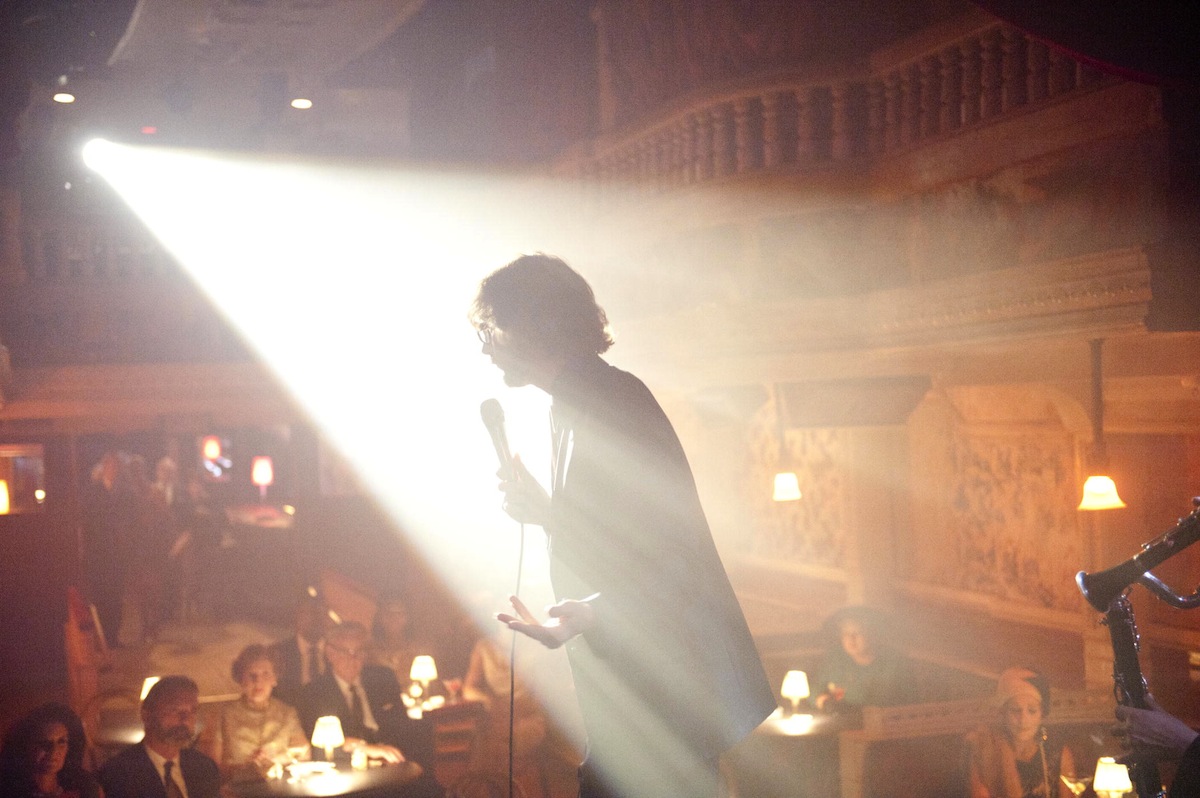 Archive footage highlight the fifth and sixth numbers in "Six by Sondheim." Dean Jones, whom I only knew from "That Darn Cat," provides a terrific rendition of "Being Alive" from "Company." Shot by famous music documentarian D.A. Pennebaker, the scene draws its power from Jones' emotionally naked vocal. Sondheim provides commentary on being a bachelor writing a musical about being married. "People thought Company was anti-marriage," he says, "which it obviously is not."

Pennebaker's documentary, which also features great footage of Elaine Stritch doing her signature number, "The Ladies Who Lunch," was to be the first in a series of films showing cast album recordings for PBS. Sadly, this was the only one that got made. Thankfully, PBS did do numerous stagings of Broadway musicals. One of these provides footage of Mandy Patinkin and company singing "Sunday," from Sondheim's Pulitzer Prize winning "Sunday in the Park With George." Sondheim points out that the entire lyric for the song is one sentence, which sounds like an ostentatious exercise until you hear the song.

Lapine, Wolf and Sondheim do a masterful job streamlining the material, picking the right interview clips and supporting them with performances, commentary and detail. It's fun to watch Sondheim alternate from being a fresh-faced young man in the '50s clips to an older man with varying degrees of an unruly beard. There's material for the novice fan and the diehard fan alike, and as aforementioned, it gets in and out in under 90 minutes.