Short Films in Focus: "The Voyagers"

On August 20, 1977, NASA launched the first Voyager spacecraft, carrying with it a gold disc, a record of life on Earth. The disc contains pictures of animals, the arts, mothers nursing children, monuments, anything that contributes to humanity and the overall experience of life on Earth (for more specifics, you should visit The NASA Voyager Site). In September of that same year, NASA launched a second Voyager spacecraft carrying the exact same information. Scientists the world over such as Carl Sagan contributed to the project, one of the purposes of which was to try and communicate with any outside world that may exist. As of now, the Voyagers still float out there undiscovered, traveling a million miles a day, but still collecting data. It is expected that they will continue working for the next 20 or 30 years, but never be seen again.

Penny Lane's "The Voyagers" takes a personal approach to this story using archival footage of NASA's launch and Lane's own voice-over narration. The Voyager launch took place a year before her birth. She describes the gold record of man's existence on earth as "the ultimate mix tape, a valentine." This choice of words represents a mirror to this piece as a whole. "The Voyagers" is a love letter from a filmmaker to her husband, but the film also educates on the role that true love played in the creation of the Voyagers and the gold discs that accompanied them.

The story goes that Carl Sagan and Anne Druyan had been collaborating on the Voyagers via telephone thousands of miles apart, but on June 1, 1980, the two realized they belonged together. Sagan already had a wife at the time, but something drew these two together and their marriage the following year lasted until his death in 1996. Lane later contrasts that seemingly cosmic love story with her own personal experiences with her husband Brian, who had a very pragmatic, unromantic view of marriage at the time of his marriage proposal. Carl and Annie found each other against insurmountable odds. Perhaps such luck should not be taken lightly.

Lane's film runs about 16.5 minutes, but she waits until about the five minute mark to address the "you" in this piece, the "you" being Brian. But the "you" could speak to many people of Lane's generation who have adopted a less than romantic view of marriage and relationships. With every generation, the marriage rates go down while the divorce rates go up. Lane's film takes the perspective that all relationships and marriages come with a personal risk factor that cannot be avoided. But the leap of faith in itself can be a beautiful thing if done for the right reasons. Everyone thought the Voyagers would only last a couple years. Thirty-seven years later and they still, for the most part, work.

"The Voyagers" is a beautiful film, one that never resorts to over-the-top sentiment to make a point about love and the cosmos. Lane's narration expresses just enough wonder at NASA's accomplishments and the role of chance in the universe while her feet stay firmly grounded. She recalls specific conversations and wonders where other people in her life might have been during the shuttle disaster of 1986, while never alienating the audience from the universal experience.

The majority of the film consists of archival footage, something that Lane specializes in with her other films, particularly last year's wonderful documentary "Our Nixon," which married unseen home movies of the Nixon White House with audio from the Nixon tapes that had finally been made public (streaming on Netflix, highly recommended). The footage here of the Voyager taking off, once Lane has made her final point via narration, gets paired up with the perfect song as the film's closer (I won't spoil it, but those who know the band will also recognize that their name is a happy accident as well). "The Voyagers" may not be a valentine to every viewer, but it is hard not to be moved by the gesture, nonetheless. 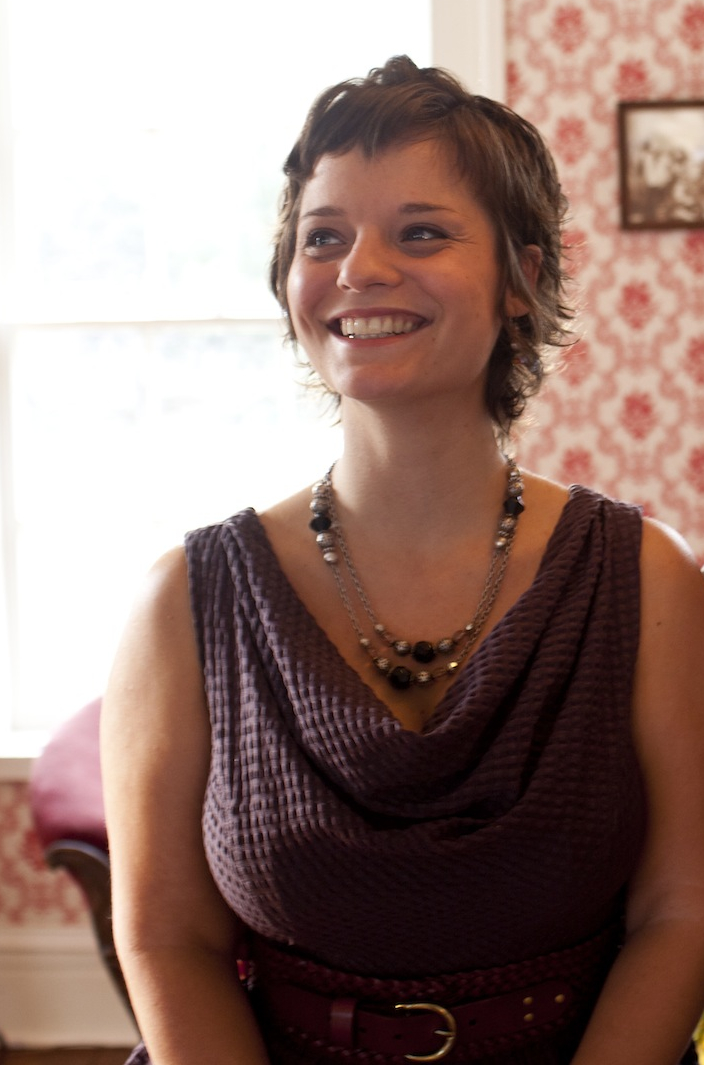 Talk about how this film came about. Obviously, there are personal situations in your life that inspired it, but how did the Voyager launch figure into the piece as a whole?

"The Voyagers" is a good example of how sometimes two different ideas can be combined into one. I had heard Radiolab’s story about Ann Druyan and Carl Sagan’s falling in love during the making of the Golden Record (in the “Space” episode) and thought it was just incredible. I had heard a little bit about the Voyager spacecraft and the Golden Record before, but I credit the Radiolab story completely with inspiring me to learn more about it. I liked the idea of telling that dual story (the science story and the love story) somehow in a film, but I wasn’t able to come up with my own spin on it, so I dropped the idea after a while. Later, when my fiancé suggested we make films for one another as wedding gifts, I knew I wanted to make something that tried to express my feelings about how it felt to be getting married, or this whole enterprise of romantic love more generally, but I couldn’t see a way to do that without being totally self-involved and lame. When I figured out I could combine these two ideas and make them circle around each other and support one another, I was very excited!

In the film, it's clear that this project is a valentine to your husband, Brian. Did you work on this film in secret? Was he involved at all? What was his reaction?

Anyone who knows me knows that I am completely unable to contain a secret or otherwise be in any way “mysterious,” so Brian knew I was making it and generally what I was dealing with, subject-wise. It was difficult not to involve him because he was always the first person I would ask for help or advice with anything. As far as his reaction goes: well, I don’t know; he really liked it, I think. I mean, it “premiered” at our wedding! He was crying. We were all crying. It was nice.

Between "The Voyagers" and "Our Nixon," it appears that you seem to be interested in exploring America at its worst and at its best. Is there something about this era that you're drawn to?

I don’t know how I ended up making two movies about the 1970s. I was born in the 1970s. Generally, I’m very tired of hearing about the 1970s, so I don’t know why I added even more 1970s stuff to the cultural pile of 1970s stuff! "The Voyagers" ends with a little bit of nostalgia for the 1970s, but to be honest, it’s not genuine; I don’t wish “I lived in that time.” I more meant to say that I wish I were more like Carl Sagan, but the words didn’t come out exactly right, I think. 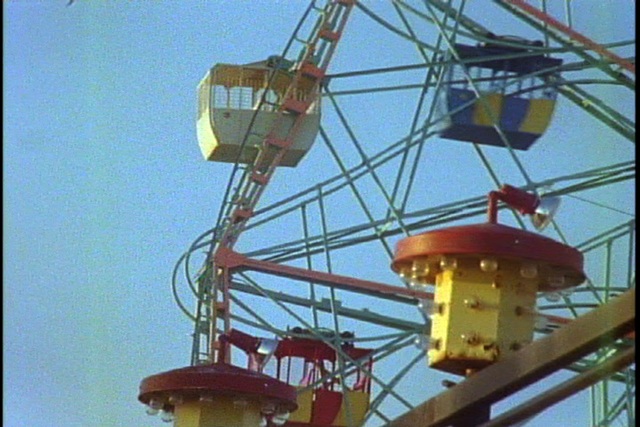 It has been a few years since you completed this film. Have your worldviews regarding chance, marriage and/or leaps of faith changed at all since?

Well, the truth is that that marriage didn’t work out in the end. We were married for a couple of years and now have been divorced a couple of years ago. That doesn’t change my worldview at all; the possibility of “failure” was contained within the message of the film! I would argue that the possibility of “failure” (oh how I hate that language of marital “success” or “failure,” as if all it takes to be a “success” is to not get divorced, even if your marriage is terrible) was actually pretty central to the message of the film. It doesn’t mean you don’t try. I would never regret having taken that particular leap of faith.

I’m now in post-production on another feature documentary called "NUTS!," which is about John Romulus Brinkley, a man who in the early part of the 20th century made a giant fortune peddling a fake cure for impotence involving the surgical implantation of goat testicles into men. It’s historical and features a lot of archival research and imagery again, like "Our Nixon" and "The Voyagers," but a significant portion of the new film consists of animated reenactments as well. It’s a fun movie in which I get to play a lot with truth and fiction and maybe some truthiness too. I hope it will be done in about a year.

The Voyagers from Penny Lane on Vimeo.