Some short films manage to compress the workings of an entire feature narrative into just a few concise minutes. Many short films come about as practice for the big feature, a trial run that can also be used as a means to raise funds. That is the general feeling one has when watching Liliana Greenfield-Sanders' “Adelaide,” a film that has the easygoing flow of an indie narrative comedy and one that hits all the beats therein. But it's only about 12 minutes. One gets the sense that there is an even better feature lurking within the framework and, according to Greenfield-Sanders, such a project could conceivably happen. For now, viewers can treat themselves to a delightful sneak preview of a film and still feel they've seen the basics of the whole story. In the realm of short films, that is most certainly a compliment.

“Adelaide” fits in the indie rom-com mold and tells the story of a woman in her early 20s, Adelaide (Anna Margaret Hollyman), who has Munchausen Syndrome, a psychiatric disorder in which the person obsesses over his or her health, caregiving and medically-related emergency situations. She has only one friend, her doctor (Damian Young), who insists she find a more appropriate best friend. On a routine trip to the pharmacy, she meets Brad (Hank Harris), who works behind the counter and who is half-way through a book called “The Caregiver's Book: Caring For Another, Learning to Care for Yourself.” She decides right then and there that this is the man for her. She asks him out and he does not turn her down. What follows is a rom-com staple—the montage of their first dates and them getting to know each other—but with a refreshing twist.

“Adelaide” works for many reasons, but the performances from the two leads give the film its charm. As Adelaide, Hollyman projects a nice confidence with a role that could have been played for easy laughs, but is instead a complex and assured individual whose act of selflessness in the third act is convincing and oddly romantic. Harris' role is not quite as developed, but makes for a believable partner for her and thankfully does not spend a lot of time questioning Adelaide's behavior and reasoning.

Greenfield-Sanders' film has a playfulness about it that evokes Emily Hagins and Hal Hartley, but never feels like a pale imitation. Cinematographer Peter O'Leary hardly ever moves the camera, staying mostly with nicely framed static shots, which feels appropriate. The film has the feel of a quirky comedy, but never goes for any cheap laughs. It has more charm than hilarity as it aims to tell a story that suggests that there's someone out there for everyone. More importantly, though, is the notion that there is enough here to warrant a more intimate, complex and challenging feature film as both a character study and an examination on Muchausen Syndrome in general. Greenfield-Sanders demonstrates that she could easily tackle the serious subject without force feeding her audience the usual beats of the average disease film. 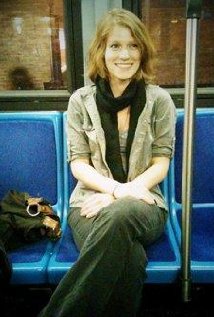 Have you ever met someone like Adelaide? Is that what inspired this?

Not exactly. Or, more accurately, she’s not based on anyone specific. I have been fascinated with Munchausen Syndrome for years, but most of what’s been written on this syndrome are very clinical case-studies and cautionary tales from doctors suggesting how to handle such patients. They tend to paint their subjects in a consistent light: depressive, desperate, doomed to a life of loneliness, incapable of reform and uncaring about much else but their endless well of need. I chose the most difficult way to tell the story. How can I make someone like this likable? Can this behavior be funny? Could a person like this find her perfect match?

What I learned from audiences at over fifty film festivals is that nearly everyone knows someone like Adelaide. I had no idea that would be the case. It was liberating to find out that people connected with her or felt that they knew someone “just like her” because it sent me into my feature writing with the feeling that I could push the material further and darker as long as it had heart.

How did you find your cast?

Anna Margaret Hollyman and I are close friends. We’ve collaborated on three shorts together and I wrote the character knowing she would play Adelaide. It’s nearly impossible to convey how much I appreciate her work on this film. In addition to her clear talent, which is on display throughout, Anna Margaret was enthusiastic, dedicated and as generous as one could ever hope an actress to be. She was available for all my meticulous planning (my production books were a laughing matter at NYU and as thick as “Janson’s History of Art”) and she signed up for a CPR course that I didn’t even know she was taking. Her commitment was inspiring.

With Brad, I needed to find someone capable of matching Anna Margaret (and her amazing subtlety and strangeness onscreen). He also needed to fit one aesthetic criteria: I wanted him to look an unsettling amount Adelaide, as if they could be brother and sister. I knew it would give the film an added boost of subliminal creepiness, but it also made sense emotionally that this character would fall for someone who felt like the family she longed for. We auditioned so many actors, but I kept saying: “I want someone more like Hank Harris from ‘Pumpkin.’” Finally my friend Rowan said, “Have you reached out to Hank Harris yet? Enough already.” It hadn’t even occurred to me and I think that’s because I decided in my head he would never be interested. Hank loved the script, he said yes right away and was perfect in it. 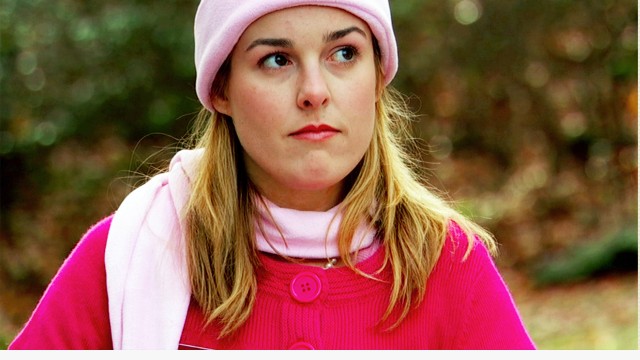 Two, if that’s okay. We shot in a real hospital and that was a mistake. I went crazy pushing the city, calling hundreds of people, getting clearances, rushing the shoot…and in the end, we used mostly close-ups because Damian Young is so great. It could have been anywhere. Also, the sound was shoddy because there were helicopters landing nearby with emergency patients and people in the hallway to whom we obviously couldn’t stop and say, “Hey. I know you’re having the worst day of your life, but we’re trying to shoot a Grad Student film here…” Filmmakers always ask me to tell them how I landed a real hospital room and recommend ways to do it. Let me be clear - fake it.

Second, the shot of Adelaide injecting a needle into her arm was actually a cutaway of me dressed in her shirt injecting a real needle into my arm. I think I was so sleep deprived, focused on making the film authentic and “in charge” feeling that it didn’t even cross my mind that it was sort of a weird move. We had a nurse on set for a later scene we were doing and I kind of bullied her into supervising in case I shot air into my bloodstream or something lovely like that. I sat down in the chair and said, “Okay. So, step one. Sterilize right?” I think everyone on my crew was waiting for me to chicken out and then when I plunged the needle into my arm, the script supervisor almost threw up. I think that that’s when for the first time I thought, “this might have been a bit inappropriate.” But we got a really cool shot and it sets up the tone of the film perfectly. In retrospect, would I do it again? Yes. 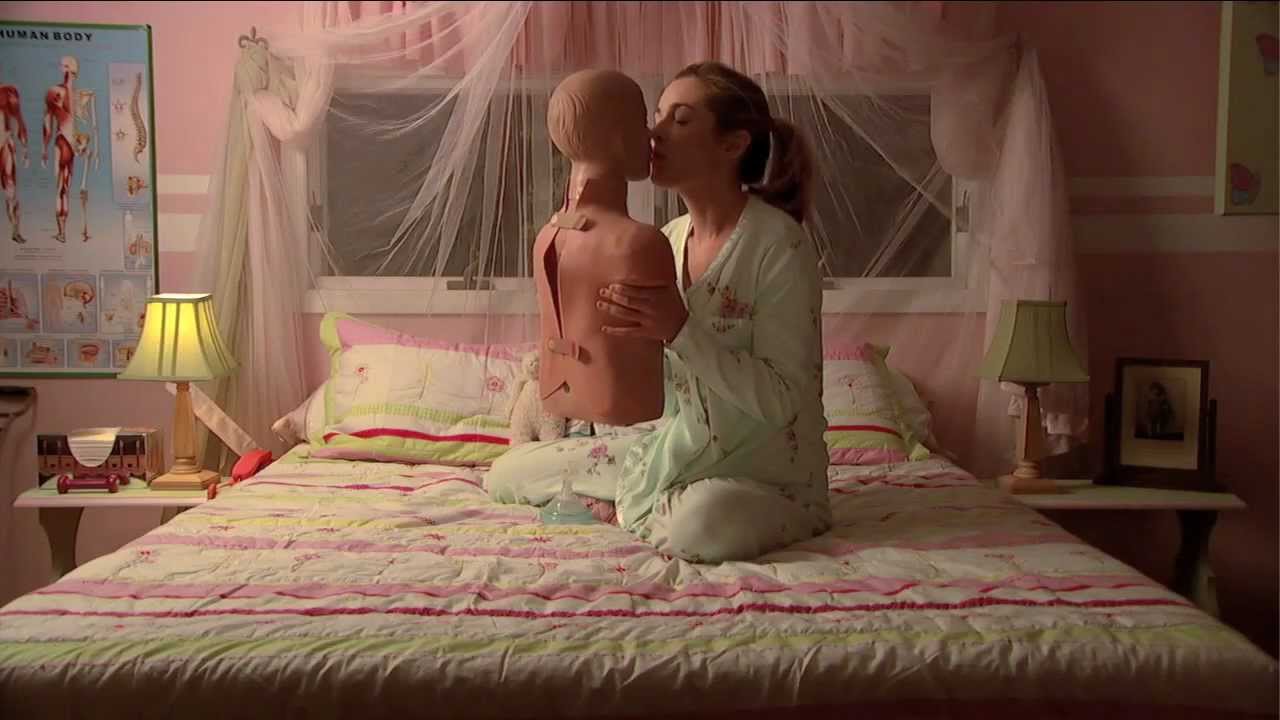 Tell me about the prospects of "Adelaide" as a feature film. Is it still in the works? What can you tell us about it?

The feature is very different from the short - Adelaide is younger, she’s whip-smart and she’s experiencing love for the first time. I think it’s stronger than the short because it’s a little more grounded in reality, but she’s just as intense and she goes much further to get what she wants.

I’m definitely still committed to making the feature version of “Adelaide.” I’m equally as committed to doing it the right way with the right team. Perhaps that’s made it take a little longer. There are very few coming-of-age stories for teenage girls that aren’t dystopian fantasies or vampire-related. It’s important to me that this be done well and that what I say with it is both fresh and unapologetic. No pressure right? 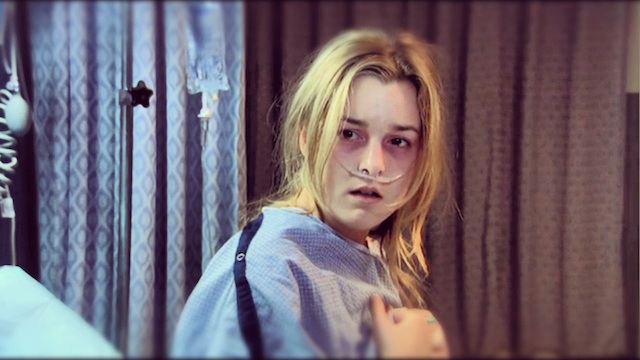 I sense a Hal Hartley and maybe even a Wes Anderson influence here. Is that accurate?  Who does influence you?

Some of the best advice I’ve ever received was: “When in doubt, make your film feel like your main character directed it.” I love that because it gives me license to approach every project differently. I give a lot of thought to what I’m trying to make people feel and how best to achieve that. With this short, I wanted to counterbalance the fact that she was inflicting pain on herself with candy-colored aesthetics and upbeat music. I wanted the audience to constantly be receiving cues that said, “Everything’s fine! You’re enjoying this! Look! A montage!”

I am so flattered to be mentioned in the same sentence as either of those directors (though I embarrassingly hadn’t seen Hal Hartley’s work until after I made “Adelaide”). If I were to name directors that have had a huge impact on my desire to become a writer and director, I’d say: Jonas Mekas (for whom I volunteered for at Anthology Film Archives starting at age eleven), Albert Maysles (who generously mentored me in college and even did an interview for my first film, “Ghosts of Grey Gardens”), Mike Nichols, Elaine May (she is the ultimate Goddess. I think there should be an Elaine May holiday every year), Todd Haynes, Hal Ashby and Billy Wilder.

I always have a few projects going at once. I’m writing some television now (both an original pilot and projects for hire), which I’m loving. Television really seems to be outpacing film with regards to hiring women, which is both exciting and heartbreaking. I wish we could launch ourselves out of the stone ages a lot more quickly in both of those landscapes. I just make sure to write every day, work harder than I think is possible and take time to check in with what I want.

Perspective is the easiest thing to lose in this industry, so keeping aware of that is really important. If you do all those things, hopefully whatever’s next won’t topple you, bad or good.