The Art of the Confident TV Protagonist: "Sherlock", "Rake", and "The Following"

"Back to Baker Street, Sherlock Holmes."—"Sherlock," Episode 3.1, "The Empty Hearse"

From Rockford to House, television producers have made a fortune building programs around confident, engaging leading men. If comedy is about ensemble, drama is so often defined by its leading characters. When people think of their favorite shows, it's typically the names of the male lead—Tony Soprano, Walter White, Dexter Morgan—that come to mind before the title of the show itself. Of course, it helps when they're one and the same; look no further than the most interesting character on TV this month when "Sherlock" returns to PBS this Sunday, January 19, 2014 as a part of the "Masterpiece Mystery" series. With a slightly more sentimental tone, more reliance on visuals than the first two seasons, and a real lack of a villain until the third and final chapter, the 2014 episodes of "Sherlock" may throw some fans for a loop. However, what works about "Sherlock" has not been lost. The writing is still incredibly crisp, so smart, and never boring, and the deeper focus on relatable emotion, particularly in the definition of the relationship between Holmes (Benedict Cumberbatch) and Watson (Martin Freeman), could even bring in new fans to this international phenomenon. Stop worrying; "Sherlock" is still great.

The final chapter of season two of "Sherlock," "The Reichenbach Fall," ended with the death of Sherlock Holmes. Watson saw Holmes throw himself from a rooftop and saw the bloodied body of his friend and partner on the pavement. And then, in a classic cliffhanger that Sir Arthur Conan Doyle would have loved, Watson gave a speech at Holmes' tombstone as the detective watched from a distance. For two years (episode 2.3 originally played in January of 2012 in the U.K.), the rabid fan base of this show has devoted an amazing amount of time and energy to trying to figure how Holmes faked his death. I would, of course, never spoil it here, but I can tell you that Executive Producer/Writer Mark Gatiss has crafted a beauty of a resolution in "The Empty Hearse," working very loosely from the Doyle story "The Adventure of Empty House." 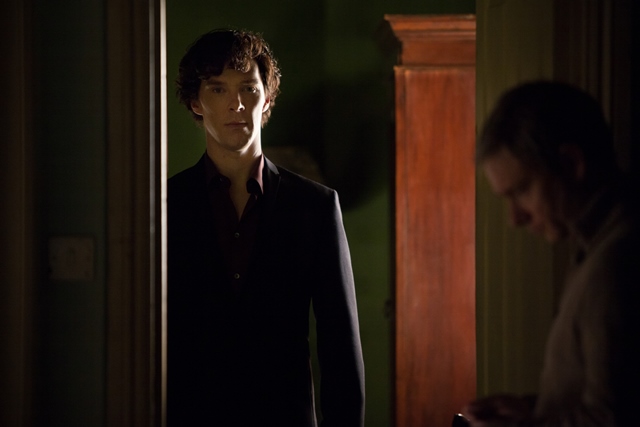 Gatiss and the team behind "Sherlock" have a blast in "The Empty Hearse" playing with audience expectations and hopes for what would happen this season. They present several possibilities of what might have happened that fateful day, almost as if they've read the fan theories posted online in the 24 months since Holmes' death and brought them to life. What might throw audiences is that so much of "The Empty Hearse" is built around the return of Holmes that the mystery plotting leaves a little to be desired. Holmes is brought back in because of a terrorist threat but it feels like an afterthought to the character drama for most of the episode. Surprisingly, there's even less straightforward mystery in "The Sign of Three," the second episode, which almost plays more like a comedy than anything else.

However, that's part of the brilliance of "Sherlock" and why it has created such a loyal following—the defiance of genre expectations. I can't say much about the plot of "Three" due to what could be considered spoilers at the very core of the plot description but it takes such a subtle, seamless shift in tone from comedy to mystery that you can barely tell it's happening. You're just engrossed in it without even knowing it. The greatest mystery shows stay one step ahead of you, leading the way but never quite allowing you to see around the corner. It's so difficult to tell where an episode of "Sherlock" is going next but the confidence of the filmmaking is so strong that we take the journey.

It helps to have two actors as ridiculously talented as Cumberbatch and Freeman, who are really allowed to explore the emotional core of the relationship between their characters this season in new ways. This is a more vulnerable Holmes and Cumberbatch clearly relishes getting deeper into the character. He's a self-described "high-functioning sociopath" and yet he's starting to learn how much he needs Watson and vice versa. Cumberbatch is the star but Freeman deserves praise, especially for the delicate work he does late in the first episode. You may even have tears in your eyes. 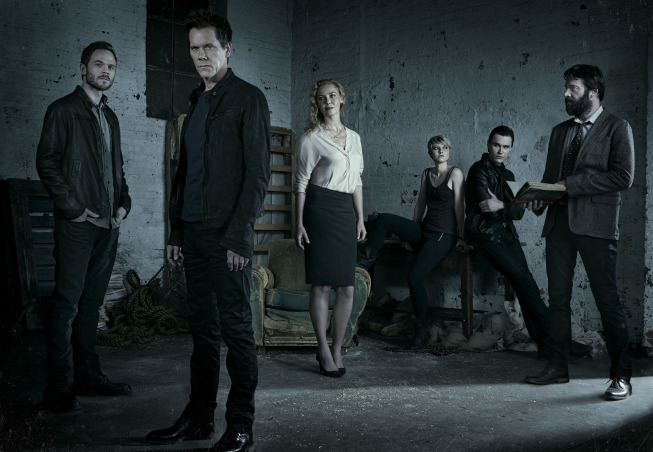 Any tears brought upon by FOX's "The Following," returning the same night, will be over the waste of talent on display. Kevin Bacon, a talent that was so underrated for so many years in films like "JFK" and "Murder in the First," is just woefully underutilized here as FBI Agent Ryan Hardy, a man on the edge. Aren't they all? Hardy is an expert on serial killer Joe Carroll (James Purefoy), who was blown up in a boathouse at the end of season one (yes, they actually went there), but, of course, he wasn't. (Not a spoiler, there's no show without him and he's in that publicity still above. His death was less believable than Sherlock's.) To start season two, Hardy still thinks something suspicious happened that night and still grieves the loss of his ex-wife Claire (Natalie Zea) at the hands of a Carroll supporter. While the madman may be out of the spotlight, his followers are not, and season two opens with a group of maniacs wearing Carroll masks who begin stabbing people in a subway train while shouting "Resurrection!" As with so many elements of "The Following" the moment lacks the inherent tension it should have, coming off as unbelievable and manipulative.

The first season of "The Following" frustrated me but I went with a lot of it because I assumed that Bacon and writer/creator Kevin Williamson ("Scream") were going somewhere interesting. I've given up on that assumption. None of this show feels or sounds real. Not one beat. Not the plotting or the characters. In so many ways, it's the anti-"Sherlock." 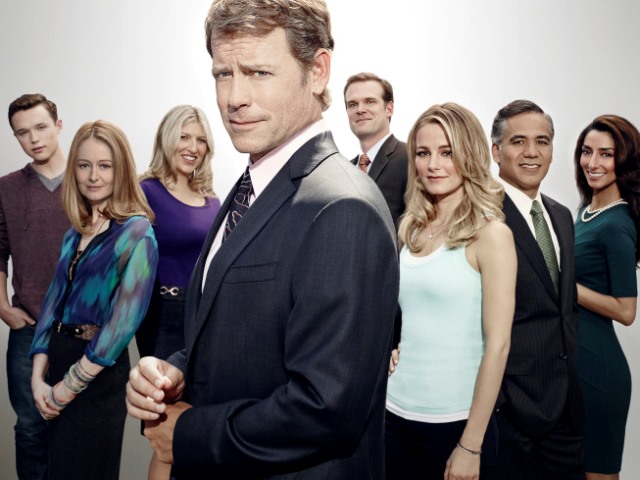 During Sunday night's premiere of "The Following," following the NFC Championship Game, you can expect to see roughly 14 commercials for Thursday night's FOX dramedy, "Rake," a remake of the Australian television series starring Greg Kinnear as a gambling, drinking, whoring attorney who can get his clients off but can't solve the problems in his own life. Of course, FOX is hoping that Keegan Deane becomes as popular as Dr. House in the anti-hero pantheon of the network.

Despite Kinnear's best efforts, I'd say that's unlikely to happen in episode one. The first episode of "Rake" simply doesn't make enough of an impact, feeling like it's either trying to hard ("Look at how OUTRAGEOUS he is!") or not trying hard enough in terms of character (the clichés pile up to a David E. Kelley degree—quirky client, opposing attorney he knows, etc.) If the show does work or connect, it will be due to what Kinnear brings to it. He's charming enough and funny enough to make it work. If only the writing can rise to his abilities. A hero, anti- or otherwise, is nothing without the writing to back him up. We may remember the names like Tony Soprano and Walter White but we never would do so without the men like David Chase and Vince Gilligan who give them something interesting to say.