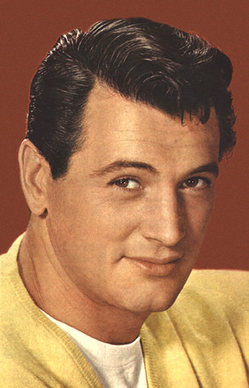 If Rock Hudson had collapsed in Los Angeles instead of in a Paris hospital, he would have died with all of his secrets still intact.

Knowing he had only weeks or months to live, Hudson and his friends planned a scenario in which he would be taken to a condo in Palm Desert, where a hospice-like environment would be created. Male nurses, sworn to secrecy, would care for him, and when he died the cause of death would be given out as a heart attack or cirrhosis of the liver.

There would have been no mention of AIDS, no revelation that Hudson was gay, none of the personal details that are now the subject of two new books and countless magazine and TV articles.That's the opinion of Sara Davidson, whose authorized biography, Rock Hudson: His Story (William Morrow & Co. Inc., $16.95), is based on interviews with Hudson during the last 27 days of his life, and revelations by his closest friends.

"A lot of people said it was so brave of Rock to admit that he had AIDS," Davidson told me. "But actually he wanted it to be hushed up. He thought of AIDS as the plague. It made him feel unclean, and he felt it would destroy the image he had carefully built up over 35 years. If he had collapsed in L.A., he would have been taken to a place like Cedars-Sinai, a hospital used to hushing up the details of movie stars' illnesses. The news would never have leaked out, just as it hasn't in the case of several other AIDS deaths of famous people.

"But he collapsed in Paris, and the officials at the American Hospital were enraged. They didn't accept AIDS cases in the hospital, and they said either he would have to announce it, or they would. When the statement was drafted, Rock"s publicist and his secretary read it to him, and all he said was, "Go ahead, it"s been hidden long enough." He was shocked at the response to the announcement: The cover of Newsweek, the 28,000 letters of support from fans, the sudden interest in AIDS research and fund-raising. I think the response gave him a lot of comfort in his last days."

In her book, Davidson creates a portrait of a man who was homosexual all of his life, yet successfully created a screen image as a romantic lead, and kept his private life secret. "He had a gentleman"s agreement with the press," she said. "They didn"t ask the obvious questions. As a result, he developed a sort of love-hate thing with the press, based on a certain contempt. When the announcement about AIDS was approved, he said, "Throw it to the dogs."

Although Davidson"s book reveals hundreds of details that Hudson preferred to keep secret over the years, it cannot, she said, answer the question of how Hudson was infected with AIDS.

"He had the disease for a long time before it was diagnosed," she said during a recent Chicago visit. "Perhaps as long as three to five years. He may have been one of the earlier cases. When he learned that he had it, he said, "Why me? I don't know anyone who has AIDS." It was thought that perhaps Marc Christian, his last lover, was the source, but Christian tested negative. Rock wrote anonymous letters to his last three sex partners, telling them they might have been exposed, but he may have had AIDS long before meeting them. There just wasn't any obvious source of AIDS around him."

In your book, I said, you write about a trip Hudson made to San Francisco, where he and a friend went sight-seeing in some of the wilder gay leather bars. Is it possible that he engaged in sexual practices common in those bars, and got AIDS that way?

"I"m not at liberty to say," she said, somewhat surprisingly.

Were there restrictions placed on what you could or couldn"t say in the book?

"Ninety-nine percent of my original manuscript is still in the book. The parts that were taken out deal primarily with Marc Christian, who is involved in legal action. Actually, I found out a lot more about Rock Hudson's sex life than I wanted to put in the book. I know what he liked, and how, and with whom, but I didn't think it was in good taste to go into all the graphic details.

"Even so, I've been attacked for going too far. Liz Smith and Marilyn Beck were on 'Good Morning America' and they said, "With friends like Sara Davidson, who needs enemies?" But the book is the result of my conversations with Rock and his closest friends, and I believe it tells the truth."

Did Hudson engage in some of the more bizarre gay sexual practices?

"No. He wasn"t into S & M, for example. He was basically a very romantic man. He was like a woman; he'd run and tell his friends when he'd found someone new that he was in love with. He always believed there was one single right person for him, Mr. Right, and he was always looking for that person, and always finding him."

And one day, a Mr. Right gave him AIDS.

"Not necessarily. One of the possibilities is that he got it through a blood transfusion in 1981, when he was in Cedars-Sinai for open-heart surgery. The hospital is right in the middle of West Hollywood, a largely gay community, and little was known in those days about the dangers of AIDS from blood transfusions. It"s as likely a theory as any."

How much time did you really spend with Hudson? How much of the book is really his own story?

"I spent the last 27 days of his life visiting his home every day. He wanted to tell his story and he told all of his friends to cooperate with me. He had his good days and his bad days. Some days he"d be feeling well enough to come downstairs, ask for food, visit with friends. His mind would be perfectly lucid. In fact, his mind was always alert and clear. The people who say he was out of his mind at the end weren"t there to make that kind of judgment. But obviously I knew I wouldn't have nearly as much time with him as I wanted, and so before I even agreed to write the book I spent time with Mark Miller, his secretary, trying to find out what was known, and who knew it, and if they would talk. I was satisfied.

"One surprising thing was that there were so few good articles written by other people about Rock. He was not a good interview. I hired a researcher to look through clippings, and our conclusion was that in 35 years he never gave a good interview to anyone, except once for an oral history project at Southern Methodist, where for some reason he opened up and talked for hours to a professor, maybe because he thought it was for posterity. In most interviews he was wooden and impersonal. And yet in person he was so lively and likable. It was said that the only way to really get him to open up was to spend hours drinking with him."

Was he an alcoholic?

"In the last 10 or 15 years of his life, he drank a lot. It wasn't easy, going from the No. 1 box office star in the world to No. 2, No. 6, and then dropping off the list altogether. The irony is that he just started to hit his stride as an actor in the 1960s, when handsome leading men like himself were on the way out. He looked at the new stars like Dustin Hoffman and called them the "Little Uglies." He hated them because they didn't have perfect faces. Rock Hudson never took a bad picture."

"His career was absolutely of first importance for him. He placed it ahead of everything. When he read the script and saw the kiss, he agonized over it, but finally he decided to go ahead. I say in the book that he gargled with every known mouthwash. Actually, if you look at the kiss, he didn't open his lips and it was sort of a chaste peck on the cheek."

But even at that point in his illness, he was still taking his career that seriously?

"He had so much denial. After he was no longer a top box office star, he never developed other avenues -- like producing, developing his own projects, things like that. He wanted to act right up until his dying breath. He appeared on those "Dynasty" episodes where he looked so thin and gaunt, and he would look at them, and say he looked like he did in his younger days. When he went to do that TV program ("Doris Day's Best Friends") with Doris Day, his life was literally hanging by a thread. He hadn't had real nourishment in two months. She was so bouncy and full of pep, so vivacious, and there was Rock, the same age, and he was in such obvious pain you could hear the bones creak. And yet they still had their old chemistry, and it was really moving, the way he touched her cheek and snuggled with her."

So many people seemed to know Rock Hudson was gay, and yet it was a secret. How about his mother? Did she know?

Davidson grinned. "There's a great story about that. His mother was a devoted bridge player. One day down in Newport Beach, she was playing bridge, and one of her partners had something on her mind, and finally blurted out, 'I heard that Rock was gay!" His mother answered, "I know. And the hardest thing is, I can't remember his boyfriends' names. Three no trump.' "