There was a moment about four hours into "Prey," the new sci-fi game from Bethesda and Arkane Studios, in which I realized I had no idea what to do next. There were locked doors for which I clearly had to find a key and a maintenance vent that appeared to lead me just about nowhere. I had almost no ammo and had barely survived the creatures who had tried to kill me since I'd started, avoiding as many of them as I could. And I felt something you almost never feel in a video game—uncertainty. Video games, even in the increasingly artistic era of them, almost always present you with a certain goal—a puzzle to solve, an enemy to kill, a level to complete. But it’s that uncertainty, among other things, that makes “Prey” unique, and one of several elements that ties it to a long history of science fiction horror, stories of people trapped with limited supplies and so far from the comfort of home that they’re in another solar system. It may purely be the tricky fate of fluid release dates, but it seems appropriate that “Prey” and “Alien: Covenant” hit the public consciousness at the same time as both build on a long legacy of alien creature features that came before, and both pay homage to the properties that inspired them into existence while charting their own chestbursting courses.

A reboot of 2006’s “Prey,” while also being something of a spiritual sequel to the beloved 1994 game “System Shock,” 2017’s “Prey” shares another trait with “Covenant” in that both properties feel like they pay homage to titles that came before while also building their own identities. When you start “Prey,” it feels strikingly familiar, recalling the masterful “Bioshock” games in aesthetic and tone, but with a notable lack of urgency. You wake up in your apartment. You can make coffee. You can just look out the window. Eventually, you figure out you should probably get dressed, but the game offers no ticking clock to increase tension, allowing you to just walk around in the skin of protagonist Morgan Yu.

Eventually, you’ll get dressed and wander out to a waiting helicopter, which takes you to a lab, where you go through a series of funny tests—something of a tutorial in disguise but not really even much of that. Before you know it, the test givers are attacked by a black force that destroys them almost instantly, and you’re thrust into the panic-inducing portion of the game. You were never in your apartment. It’s all been a simulation. For the majority of “Prey,” you’re stuck on a space station called the Talos I, practically alone except for a the terrifyingly designed, jet-black creatures (called the Typhon) who want to kill you on sight. 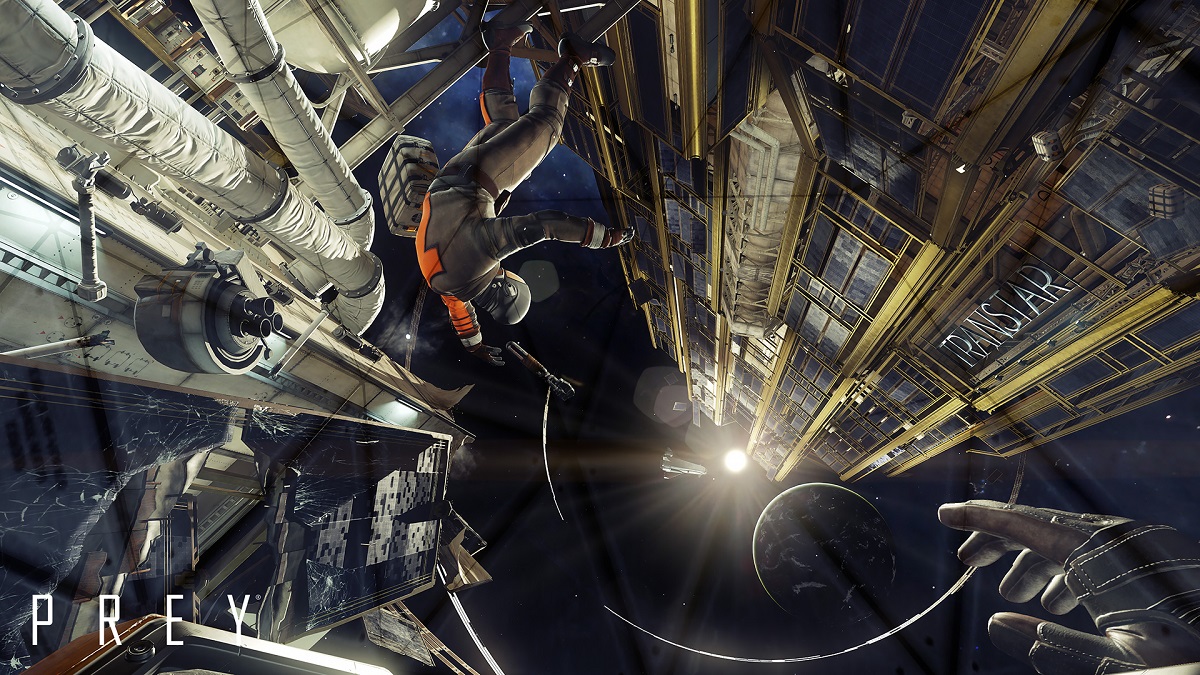 From the very beginning, “Prey” refuses to hold your hand. Not only are you allowed to branch out new skills and powers (called Neuromods) to your liking, but you’ll find numerous items littered around the space station with which you can interact, including computers that may have emails that give you more insight into your predicament or coffee cups that you can pick up and throw just for the hell of it. The pliability of the environment is remarkable in the way it adds realism to the nightmare. There’s something more terrifying about the horror of “Prey” when contrasted against the mundanity often seen within the same game.

Ricardo Bare, Lead Designer at Arkane Studios, acknowledges some sci-fi inspiration (he read and re-read “Solaris,” a perfect choice for the isolation of this title) but makes it clear when discussing the game that “Prey” is a lot more than just an interactive movie. He wants to make his players “active participants in the unfolding drama.” One thing that viewers can’t get from an experience like “Life,” “Event Horizon,” or “Lifeforce” is the sense that they’re a part of the exploration and action themselves.

“I get to be a participant with the direct impact on what happens, not just an observer or interpreter,” Bare says. “In a movie, you can watch the main character struggle with the implications that using some bit of dangerous technology might have. In a game like 'Prey,' the choice to use that dangerous technology can actually be yours to make.”

In a perfect world, video games and films inspire each other, using their very different strengths as mediums instead of trying to mimic one another. We’ve all seen how disastrous it can be when a movie tries to replicate the experience of a video game directly (and that’s one reason why so many of them are awful), but video game developers like Bare have the ability to filter decades of science fiction through a brand-new, interactive prism. Bare admits that fellow developers watched “Alien” and “2001: A Space Odyssey,” but notes that the inspiration of the former was more atmospheric than literal when it comes to creature design. “I can see the comparison, in terms of atmosphere, to something like 'Alien'—the characters are very grounded people working for a company inside a believable space. But, I think our creature designs are far more ethereal, ghostly—and probably more inspired by undersea life than ‘body horror.’”