People Are Vectors: The Humanist Tradition in Zombie Narratives

In "World War Z," the book that inspired the movie that shares the same name, author Max Brooks continues the humanist tradition of filmmaker George Romero's zombie films. In a crisis, Romero's humans can only see, and understand so much of what's happening to them. Or, as a character says in Romero's 1973 film "The Crazies," about zombie-like outbreak caused by a nerve gas spill, "People are vectors." Romero's people are all a little short-sighted, which is the real cause of "Night of the Living Dead"'s tragic ending. That film's survivors don't unite in the face of a common threat because they can't distinguish friend from foe, leading to the accidental death of Duane Jones's heroic protagonist.

Like Romero, Brooks treats human survivors as products of their limited experiences. Inspired by Studs Turkel's "The Good War: An Aural History of World War 2," Brooks wrote "World War Z "as an "aural history" of a fictional event. That convention is completely absent from screenwriters J. Michael Straczynski, Matthew Michael Carnahan, et al.'s movie adaptation. In Brooks's book, characters' stories do not typically overlap. But Brooks's "World War Z " is all about the indirect effect that complete strangers, like Indian general Raj-Singh, and South African sociologist Paul Redeker, have on each other. Both Brooks and Romero's stories suggest that, in a crisis, we are inherently dependent on each other, even if we're rarely aware of it. 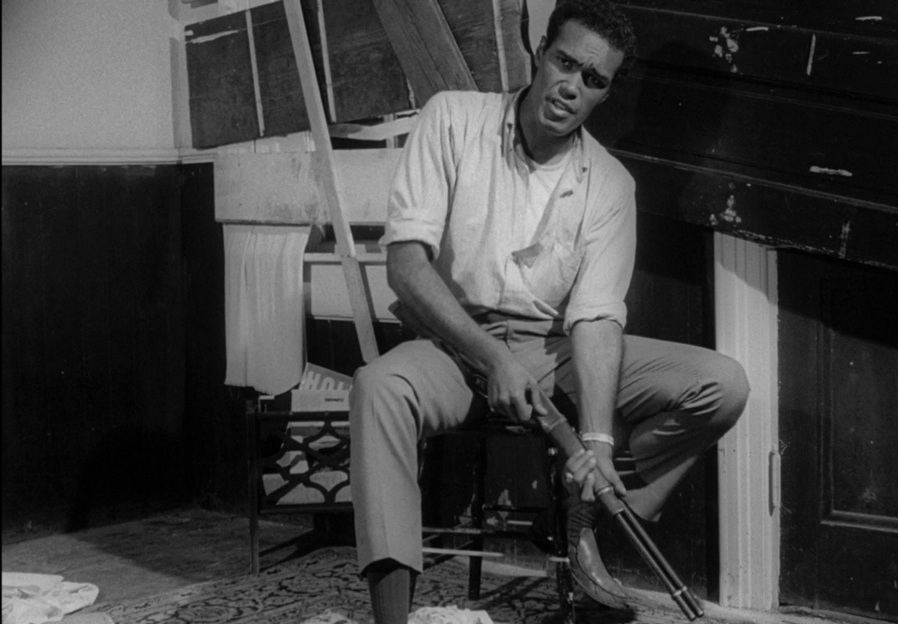 "Night of the Living Dead"'s bleak conclusion suggests that people can't work together in the face of an inexplicable crisis. But that doesn't mean Romero doesn't admire his characters for trying to relate to each other. In one of the film's first scenes, he gives Judith O'Dea's Barbra time enough to collect her thoughts, and allows Jones's Ben to explain why he's so shell-shocked. She tells Ben about the cemetery scene that opens "Night," and Ben tells her what happened to him. This is early on in the film, before the group has to barricade their sanctuary's basement door. They don't need to do any talking at this point, but they do because Romero wants to show just how badly they want to connect with each other. 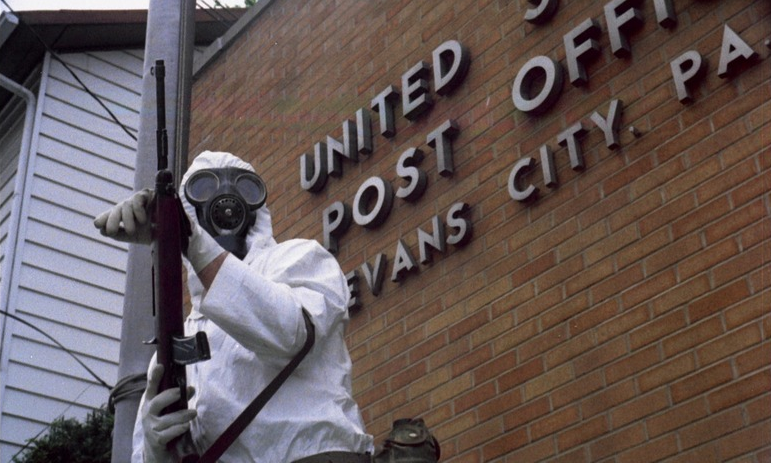 In Romero's movies, inherent prejudice and circumstantial peril usually speak louder than good intentions. But in "The Crazies," Romero goes out of his way to humanize everyone but gas-mask-wearing soldiers. Romero disdains these mindless grunts. Once they start taking orders, they lose their individuality and their will to sympathize with each other. In a scene where a family is kicked out of their home by soldiers, Romero cuts away to show us a family portrait of the soon-to-be quarantined home-owners. Here's where Romero's sympathies lie. But Romero wants viewers to sympathize with Lloyd Hollar's General Peckem, a military general who doesn't relish giving orders ("I just happened to be available... might even be expendable."). Romero takes time to show us Peckem's putting on his wedding ring, and taking his dry-cleaned suit off a hanger. Romero likes this guy, even if he is just a human representative of inhuman authority.
Advertisement

Brooks does something similar in "World War Z," a book that rejects the notion that "the human factor" is unimportant when relating what is, in the book's world, a devastating real-life epidemic. Writing as a fictional version of himself, Brooks introduces himself to his readers by rationalizing that he wanted be practical and collect people's stories before they died of poor post-war living conditions: "It is because of this enemy, the enemy of time, that I have forsaken the luxury of hindsight and published these survivors' accounts." Brooks likes his characters, too, even Redeker, the man responsible for an infamous evacuation strategy where some people are used to distract zombies while other, more "worthy" evacuees escape. But when one character tells us about Redeker, they speculate that Redeker's chilly, calculating worldview came from his ambivalence about living in post-apartheid South Africa. Redeker's a monster, but he's not just a one-sided villain.

That even-handed portrayal speaks to why Brooks wrote "World War Z" in a pseudo-documentary style. By simply collecting the survivors' stories like a dispassionate, objective authorial God, Brooks unites various disparate perspectives into a unified narrative. The same is essentially true of Romero, and his approach to making his zombie movies. In "Night of the Living Dead," and "The Crazies," Romero mixed verité style and, in his words, "theatrical" story-telling. He quickly cross-cuts between events during action scenes, and uses naturalistically lit, sometimes out-of-focus takes to give viewers the impression that they're watching events happen in real-time. But in scenes like the one in "The Crazies" cutting to the close-up of the aforementioned family portrait, Romero goes out of his way to show you that we are also seeing events from a controlled, maybe all-knowing perspective.

Romero's unique mix of styles is a result of his acknowledged early influences, everything from watching "Brief Encounter" to making hour-long sports documentaries. "I grew up with documentary film," Romero said in a 1979 interview conducted by Richard Lippe, Tony Williams, and Robin Wood. "That's when I learned to play around with celluloid." He added in a 1973 interview with Sam Nicotero that his use of realistic or "justified" lighting is a result of his "artistic background, [studying] painting and design and Spanish background," at Carnegie Institute of Technology.

To Romero, there needs to be an aesthetic balance, if only for the superficial reason that movies need to not look like crap. In a relatively recent interview with Horror-Movies, Romero laments that movies like "The Blair Witch Project" are not more artfully staged. "'Blair Witch' was dizzying to me," he said, "and it didn’t quite make sense, so I wanted to explain a little more and I wanted it to have some traditional elements, more gothic elements in it which requires a bit more staging and a bit more just carefully constructed plot. Not only plot elements but production elements. And I guess that’s also one of the things that really is disappointing to me, that a lot of films these days sort of leave those values out." 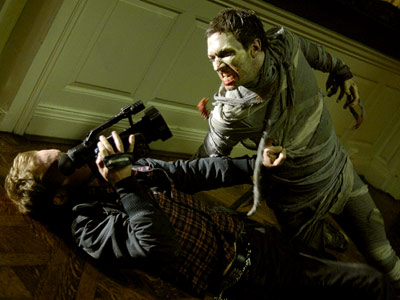 In 2007, Romero gave new expression to his idiosyncratic "guerilla-style" aesthetic in "Diary of the Dead," a found-footage zombie movie shot from the point of view of a group of college student filmmakers. Unlike Romero's earlier zombie films, which apparently only came together in the editing bay, "Diary" was rigorously planned before he shot. In an interview with Cinefantastique, Romero said that the film's the semi-improvised look was a big change of pace for him.

"I've had people say to me, ‘It must be great to just turn the camera on and shoot!’ It required more discipline than anything we’ve ever done, because we were doing eight pages a shot; the camera was seeing all the way around, 360 degrees; the stunt guy had to duck under the lens; the guy with the stun gun had to duck under the lens. You had to not only choreograph the action but also choreograph the crew! Where do you put the lights? Here comes the lens… duck under. So it was choreographed down to the shoe-laces, which is the complete opposite of my old style, which used to be just run-and-gun: shoot a lot of coverage, shoot a lot of footage, and you could basically make it be whatever you want."

Romero wants "Diary" viewers to know that what they're looking at mediated images that are only look like reality. He explained to Horror-Movies:

HM.ca: In Diary of the Dead you’re saying you can’t trust the news because the news footage is being edited and you can’t necessarily trust bloggers either, then you’re implying…

HM.ca: …that there‘s no reliable source of news anywhere ever.

GEORGE ROMERO: I don’t think there is.

HM.ca: In Diary of the Dead there’s not really a distinction made between filmmaking and journalism. Are you saying that there really isn’t a difference at this point?

GEORGE ROMERO: No, I’m not sure there is. I’m not trying to answer this question. I’m trying to ask a question. Obviously he gets out there and all of a sudden he says, ‘Oh, walk through that door again. I didn’t get it.’ Is he distorting the reality? Of course! Everybody does and you don’t know, man. It’s all opinion.

Compare that with the way Brooks begins "World War Z." He starts by saying that he wants to reduce his presence in the book's narrative as much as possible, and that he included the questions that he asked interview subjects, "only to illustrate those that might have been posed by readers." But this isn't consistently the case. When Brooks interviews Roy Elliot, a filmmaker who made propaganda documentaries during the zombie war, Elliot routinely corrects Brooks, and constantly reminds us that his interrogator's questions aren't just hypothetical ("You need to do some homework, young man."). Brooks doesn't try to hide his subjective point-of-view in this scene. Instead, he lets his imaginary subject call attention to it.

Elliot is arguably the most interesting character in Brooks's "World War Z" because he gives voice to Brooks's own ambivalence about using fiction to get at greater universal truths. Elliot's documentaries are propaganda. He presents a one-sided version of the war because he wants to encourage viewers to, "get out of bed the next morning, [make] them scratch and scrape and fight for their lives because someone is telling them that they're going to be okay." He commends a colleague for doing the same thing: "There's a word for that kind of lie. Hope."

Brooks and Romero both tell stories that grapple with that knotty truth. They've imagined end-of-the-world scenarios that force characters to consider their impact on each other's lives.