NBC Wants You to “Believe” While ABC Needs a “Resurrection”

Hot off his win at the Oscars on Sunday night, Alfonso Cuarón ("Gravity") comes to television with the expertly produced and engaging "Believe," starting this Monday, 3/10, on NBC. It's one of three dramas in the coming weeks that ABC and NBC are hoping can turn around a relatively dismal 2013-14 season that has seen high-profile fare like "Hostages", "Ironside", and, most recently, "Mind Games" hit living rooms with a thud. "Believe" is the best of the three but ABC's "Resurrection" has a captivatingly sentimental approach to what is becoming an overdone genre, while NBC's "Crisis" misses by the widest margin despite having the most notable cast in front of the camera. 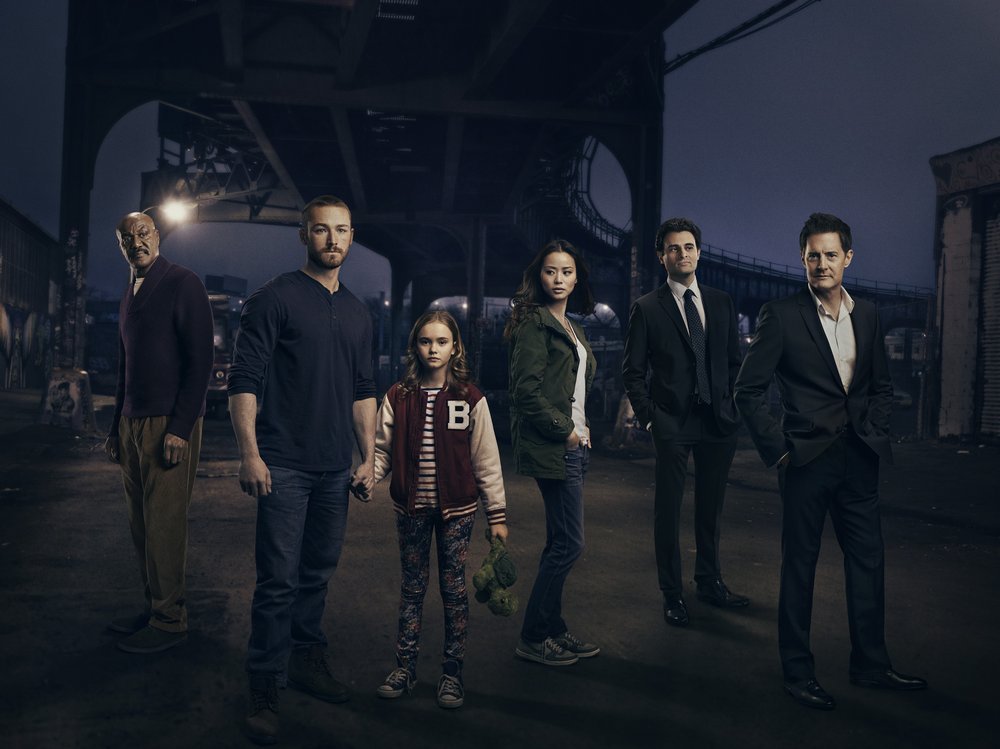 Cuarón's sci-fi drama plays not unlike a TV version of his stellar "Children of Men", right down to the fact that he mimics that film's notable car attack (done in one terrifying, unbroken shot from within the vehicle in the movie) in his opening scene of the NBC program. It's thematically familiar as well in that "Children" envisioned a world in which one man (Clive Owen) was tasked with protecting the last hope for humanity in the form of the only pregnant woman left on Earth. "Believe" has a similar structure: it's about a girl who may be the next step in human evolution with a reticent male companion to keep her safe. While comparisons to a film as beloved as "Children of Men" could leave some fans overly critical, "Believe" works for this viewer, especially when one considers the unique notes it strikes in a year without too many fresh ideas on network TV. Like most of what Cuarón has done, it hits familiar genre beats in a remarkably entertaining way. "Gravity" was a feat of execution not storytelling and "Believe" may not be the most original sci-fi show of the year but it's well-executed. Maybe it's just that I'm exhausted by anti-heroes but "Believe" really feels like it could be something great, and it's literally the ONLY 2013-14 network drama which gave me that feeling from episode one. (Sadly, only one episode has been available for press. So if it's awful in a month, don't blame me. The pilot of "Revolution" was pretty good too and it went downhill FAST.)

Bo (Johnny Sequoyah) is a 10-year-old gifted child. No, I mean Gifted with a capital G. She has extraordinary powers, including levitation, telekinesis, and clairvoyance. Naturally, she's become something of a target. In the opening scene, she's pulled from safety and just barely kept out of harm's way when her protector Milton (the always-great Delroy Lindo) finds someone perfect to be her guardian—a wrongfully imprisoned death row inmate named Tate (Jake McLaughlin). Tate and Bo will be on the run, trying to stay one step ahead of the people after Bo and helping strangers along the way. Yes, it's "Highway to Heaven" meets "Children of Men".


Despite the premise's strong potential to develop a veneer of cheese by the time the Midwest finally thaws, the premiere, which is all I can judge, hums. "Directed by Alfonso Cuarón and produced by J.J. Abrams"—for most TV and sci-fi fans, the involvement of those two men will be enough, and they definitely bring their A games. "Believe" is well-paced, clever, perfectly cast (Kyle MacLachlan always makes a supporting cast more interesting), and engaging. Even the action scenes, including a tense moment in a hospital hallway, are well-choreographed. Where does it go from here? Can it maintain when Cuaron leaves? Only time will tell but I choose to believe. Sorry, I had to do it. 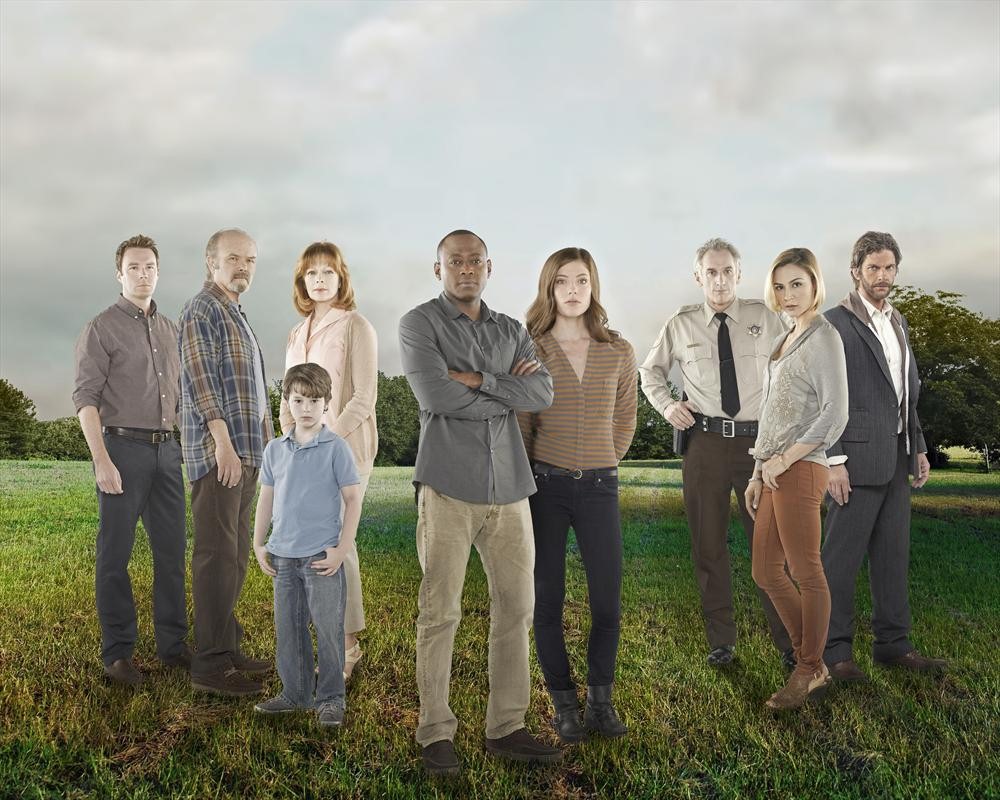 OK, follow me here. ABC's latest show, "Resurrection," debuting on 3/9, is about people coming back from the dead and is not a remake of the French Sundance drama "The Returned" (one of the best shows of 2013 and something you really need to see if you have yet to do so) but IS based on a book called, of course, "The Returned". I'll admit that when I saw "Resurrection" last May (they send out all pilots, Fall and Mid-season, when they're announced in May), I thought it was really strong. Watching it again now that "The Returned" has covered this ground so brilliantly forces comparisons that do the show fewer favors. There's still more to like here than the remarkably cheesy ads have conveyed. It's a sentimental show to be sure but it's almost refreshingly straightforward in its sentimentality and there's something heartbreaking in the performances of Kurtwood Smith and Frances Fisher as a couple who lost their son 30 years ago but now have to deal with his return when he just wakes up in a rice paddy in China. The foreboding mystery of "The Returned" drove that show but "Resurrection" seems more concerned with emotional undercurrents. How would you handle the return of a lost child? How about the father you never got to know?

Of course, "Resurrection," being an ABC drama and not a French Sundance show, tends more to soap opera. So, everyone has a secret in the small town of Arcadia. I hope the tone of the show gets a little stranger and darker—more "Twin Peaks" and less traditional soap—and some of the casting here is a bit off (Omar Epps, typically strong, seems lost at times). More than anything, I'm concerned that ABC's recent track record with dramas could lead to the worst kind of disappointment in that we'll never find out what's going on in the world of "Resurrection" if the ratings don't get us to the finish line. It's happened so often lately that it's hard to commit knowing that our questions may never be answered. You may want to leave a few in the DVR and see how the ratings turn out for the first month. 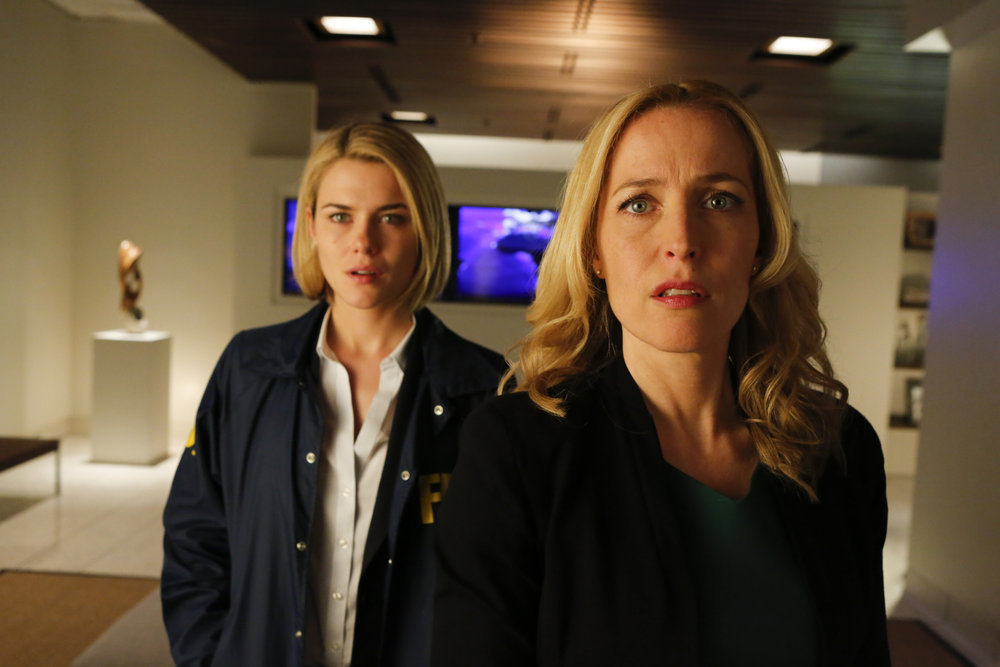 Which brings us to "Crisis," starting on 3/16, and boasting A-list stars, high production values, and a complex kidnapping plot…and I just don't care. Maybe it's because I've seen too many shows like "Crisis" but this one just left me completely unengaged. The dialogue is flat, the plotting is boring, the characters are predictable, and the whole show only serves to remind one what well-paced programs like the net's "The Blacklist" or the premiere of "Believe" do well. You need to keep the wheels spinning fast enough that suspension of disbelief is easy to maintain. When there's one too many coincidences or when a performance rings false, the air seeps out of a project like "Crisis".

Ballard High is home to the children of some of Washington D.C.'s most elite power players. And they're going on a field trip. A veteran secret service agent shoots the new guy on the job and helps coordinate an ambush on the bus, kidnapping the teens aboard. How far will the rich and powerful go to get their kids back? And how much will they pay?

Gillian Anderson, so great recently on "Hannibal", makes everything a little better and Dermot Mulroney and Rachael Taylor certainly aren't "bad" here. But they're all playing characters that are little more than devices to drive a nonsensical plot. They're not people. They're cogs in the thriller machine. And, as such, they're dull. There's no engagement with any of these people, no reason to care. And no reason to think that "Crisis" is going to break NBC free from their recent pattern of failed dramas.