Martin Landau was a working actor for over 60 years. He came up in the 1950s at the Actors Studio, where he made friends with James Dean, and so he took his profession very seriously and even self-seriously as a Method actor. That was a part of being from his generation of performers, particularly those that studied with his guru, Lee Strasberg. Even as a young man, Landau had a staring, confrontational, harshly menacing look, as if he might have been John Cassavetes’ less ingratiating older brother. And it was that air of menace that won him his first important role: Leonard in Alfred Hitchcock’s “North by Northwest” (1959).

Landau was born in Brooklyn and worked as a cartoonist before beginning his career as an actor. He made some appearances on television before being selected by Hitchcock for Leonard, who is a right-hand man and a jealous lover to James Mason’s Phillip Vandamm. Hitchcock had seen Landau play a macho role on Broadway with Edward G. Robinson in the play “Middle of the Night,” and Landau asked the Master why that performance had gotten him the role of Leonard. “Martin, you have a circus going on inside you,” Hitchcock told him. “If you can play that in the theatre you can play this role.” 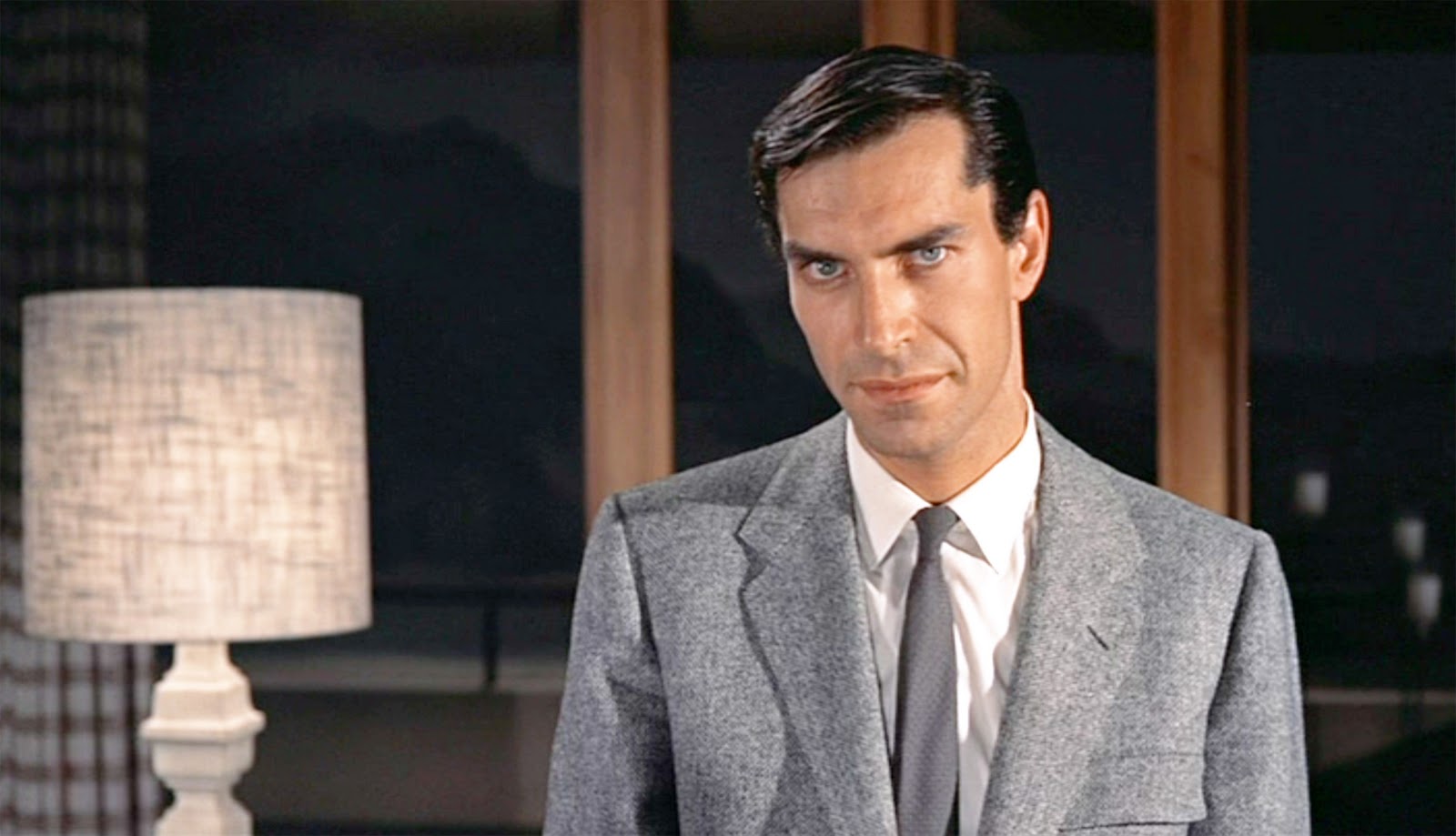 Hitchcock liked actors who were good at “doing nothing” well and could hold the camera with their presence and the undertow of their thoughts. He had previously had some trouble with actors trained in the Method, but he saw that Landau could give him just what he needed. “I chose to play Leonard as a gay character,” Landau said in 2012. “It was quite a big risk in cinema at the time. My logic was simply that he wanted to get rid of Eva Marie Saint with such a vengeance, so it made sense for him to be in love with his boss, Vandamm, played by James Mason. Every one of my friends thought I was crazy, but Hitchcock liked it. A good director makes a playground and allows you to play.”

Maybe Landau will be remembered best for the way he looks covetously at Mason in “North by Northwest,” and also for the moment when he decides to step on Cary Grant’s hand at the climax of that film on Mount Rushmore. Landau lets his hawk-like face teem with nearly unconscious drives and motives that are pushing Leonard to behave in an evil way until that long, slow moment when he presses his foot down on Grant’s hand on Mount Rushmore. For a guy from Brooklyn born in 1928, playing Leonard as in love with his boss was a bold move, and this was appreciated by Hitchcock.

In the last half of the 1960s, Landau was the lead on the TV show “Mission: Impossible” opposite his wife Barbara Bain, and that series functioned as an actor’s showcase because his character was a master of disguise. Landau still worked regularly after the show went off the air, but rarely in worthy parts. And then, at the age of 60, Landau received an Oscar nomination for Best Supporting Actor for “Tucker: The Man and His Dream” (1988). And he got another nomination for probably his most demanding role: Judah Rosenthal, a man who has his mistress Dolores (Anjelica Huston) murdered in Woody Allen’s “Crimes and Misdemeanors” (1989). 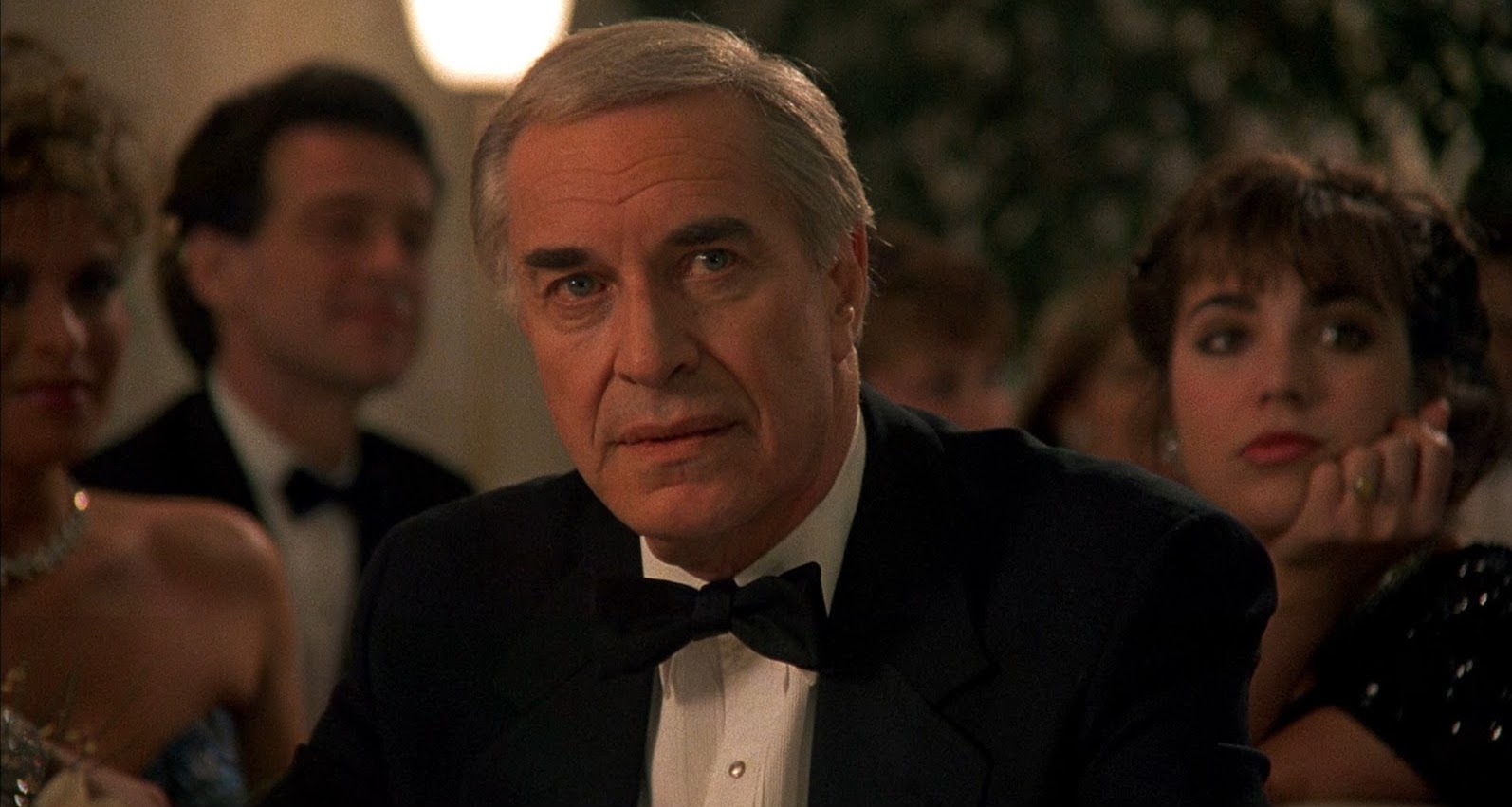 In “Crimes and Misdemeanors,” Landau has to chart Judah’s anger and growing dissatisfaction with Dolores, who is threatening to tell his wife (Claire Bloom) about their long-term affair. Judah is happy with his life. He has built it from the ground up, and he doesn’t want to see it get destroyed. Point by point, moment by moment, Landau lets us see how a man might put his big toe into the water of evil and then slowly and surely immerse himself in that water until he finds he can swim in it. At the end, Landau carries the shock of the scene where Judah admits that he has no pangs of conscience. This was the same sort of daring that let him play Leonard as gay and in love in “North by Northwest” thirty years before.

Landau finally got his Oscar on his third try when he played Bela Lugosi in Tim Burton’s “Ed Wood,” where he offered a meticulous, imaginative, and empathetic re-creation of a horror movie star who played one of the undead so often on screen that it became a kind of joke. Landau lets us see the pain of that for Lugosi, and the dependence on drugs that ruled his life as an older man. He also lovingly imitates Lugosi’s hammy and broadly menacing style of acting without a trace of condescension, as one performer to another very different type of performer. There was enough of a distance between Landau’s image and Lugosi’s image to let us see the effort that needed to be made on Landau’s part to inhabit this character, and this was enough to get the Oscar.

Landau worked a great deal after that, because he always worked a great deal. He has nearly 200 credits on IMDb, and that was in addition to his work for and championing of the Actors Studio, where he was a respected figure all of his life. He exercised his craft, and this led him to Leonard, Judah, and Bela Lugosi, three performances that can stand as a testament to his work and his love of acting.