"Low Winter Sun" Premieres in Shadow of Other TV Antiheroes

Eleven years ago, Shawn Ryan’s excellent "The Shield" closed its series premiere with a cop murdering another cop in cold blood. It was a moment that, as hard as it may be to believe now, felt shocking at the time. A close friend gave up on the show right there, arguing understandably that he could never come around to rooting for a murderer like Vic Mackey. Barely over a decade later, AMC’s "Low Winter Sun" opens with a cop murdering another cop in cold blood and it feels almost passé. We are now firmly in the era of the anti-hero as evidenced by the international obsession with characters like Ray Donovan, Walter White, Dexter Morgan, and many more. Much has been made about the shadow cast by Tony Soprano over the current era of TV, but the figure one sees looking into the light of this "Sun" is clearly Vic Mackey. Will Detective Frank Agnew become the next killer with whom we all identify? Or will audiences turn away from him as my friend did from Mackey, not because they’re disgusted by his actions, but rather because he’s now too overly familiar?

Whereas "The Shield" closed its first episode with cop-on-cop homicide, "Low Winter Sun," a remake of a British two-part mini-series, opens with it. Two Detroit police officers—Det. Frank Agnew (Mark Strong) and Det. Joe Geddes (Lennie James)—drown a corrupt cop in a restaurant sink before handcuffing him to his own steering wheel and sending him into the drink, all under the guise of a faked suicide. (The cuffs are supposedly something that suicidal cops do to reduce the risk of backing out at the last minute.) Before pushing the pedal, Agnew inflicts a little more pain, breaking a bone in the cuffing. The question lingers—will that extra bit of violence be his undoing?

From the beginning, "Low Winter Sun" separates itself from the current glut in the television mystery genre by being a study of motive instead of suspect. We know who killed Officer McCann. We saw it happen. "Why" becomes the driving arc of the show—at least for the first two episodes sent to critics—rather than "Who." Agnew’s motive seems clear, at least in his own mind: Vengeance. The drunk, abusive McCann killed someone important to Agnew and he’s going to get his revenge by matching violence with violence. McCann wasn’t a cop worth saving. He didn’t deserve to live, and Agnew believes he’s performing some degree of justice by erasing him from the planet. 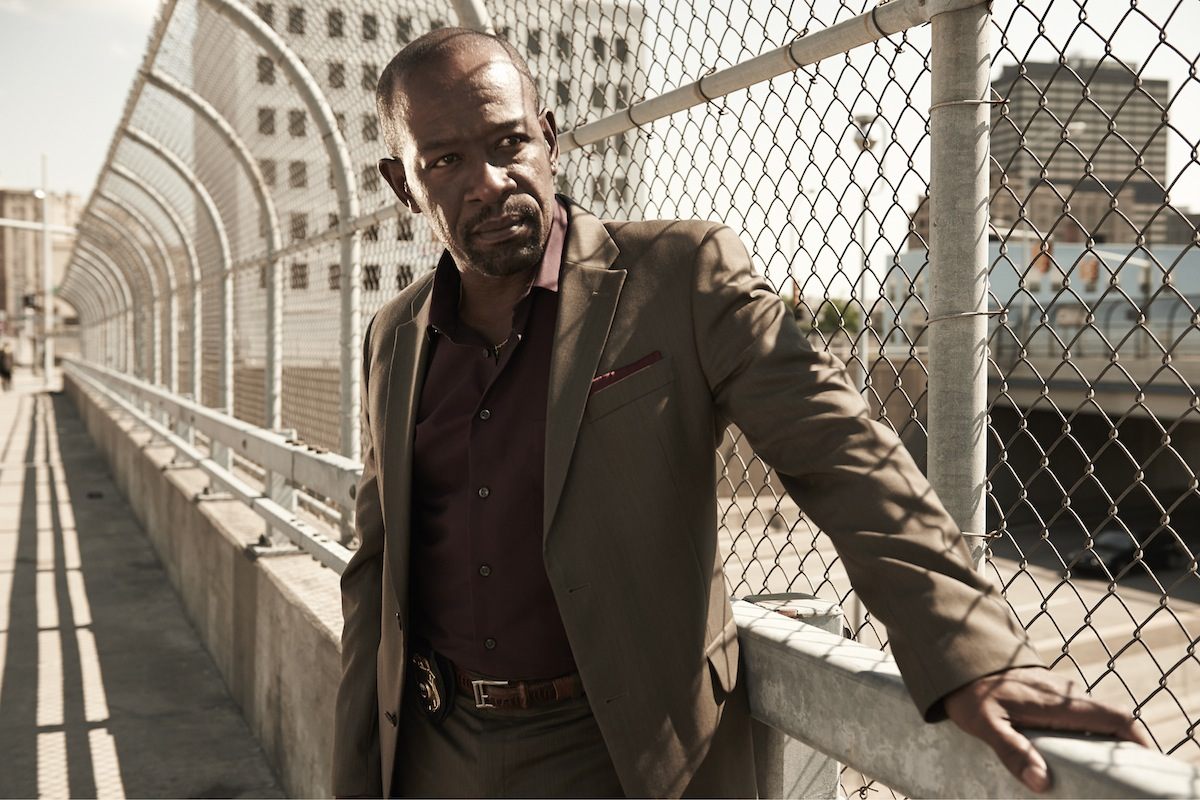 The problems arise the next morning, not when McCann’s body is found, but when Internal Affairs shows up to investigate both the now-waterlogged deceased and his partner, Joe Geddes. Did Geddes convince a fellow cop to help him out of a jam with IA? Was he assisting Agnew in dispensing justice or merely covering his own dark trail? Agnew finds himself stuck in the middle, realizing that his partner in crime may have set him up, but having no way to implicate him without revealing his own murderous culpability.
Advertisement 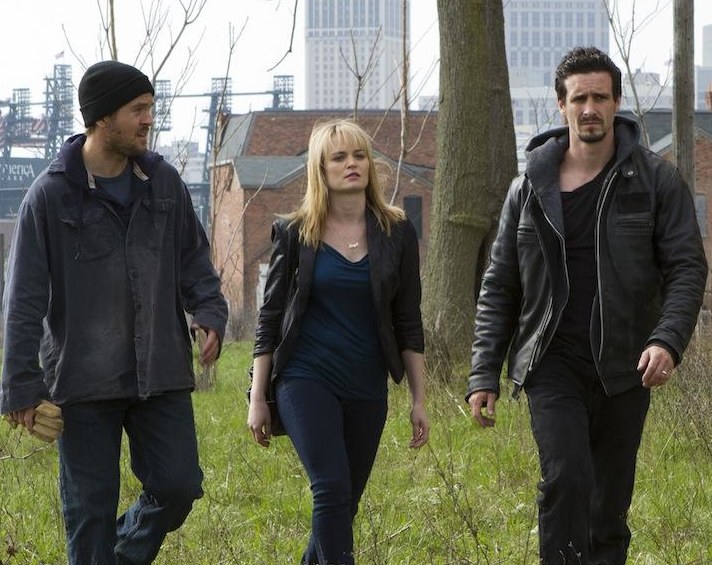 Meanwhile, petty thug Damon Callis (James Ransone) has a plan to overthrow the criminal power structure in his neighborhood, but our anti-hero just killed the cop he had on his payroll. His fierce wife Maya (a cast-against-type Sprague Grayden) fills out the young Lady MacBeth role nicely while his buddy Billy (Nick Paflas) might not be cut out for the criminal life. On the other side of this show’s somewhat obvious cop/criminal coin, Dani Kahlil plays the female cop who seems likely to get to the bottom of Frank’s secrets first; "Breaking Bad" vet David Costabile heads the IA investigation; and Ruben Santiago-Hudson nicely fills the worn shoes of a Police Chief who has worked the Motor City beat for a quarter-century.

The first two episodes of "Low Winter Sun" were directed by Ernest Dickerson, and the longtime Spike Lee collaborator brings a craftsman’s eye to the drama, particularly in the way he captures Detroit in all its fading, crumbling glory. Not one room at the police station comes without the fingerprints of a bankrupt city, whether it’s the chipped paint, the missing light bulbs, or mix-and-match furniture. The cars are beat up, the potholes are deep, the grass is overgrown, and the air of decay hangs heavy in virtually every scene. It’s a stretch this early to compare "Low Winter Sun" to "The Wire" dramatically, but in the same way David Simon’s landmark series perfectly captured Baltimore, show creator Chris Mundy’s program wouldn’t be the same if set anywhere else. 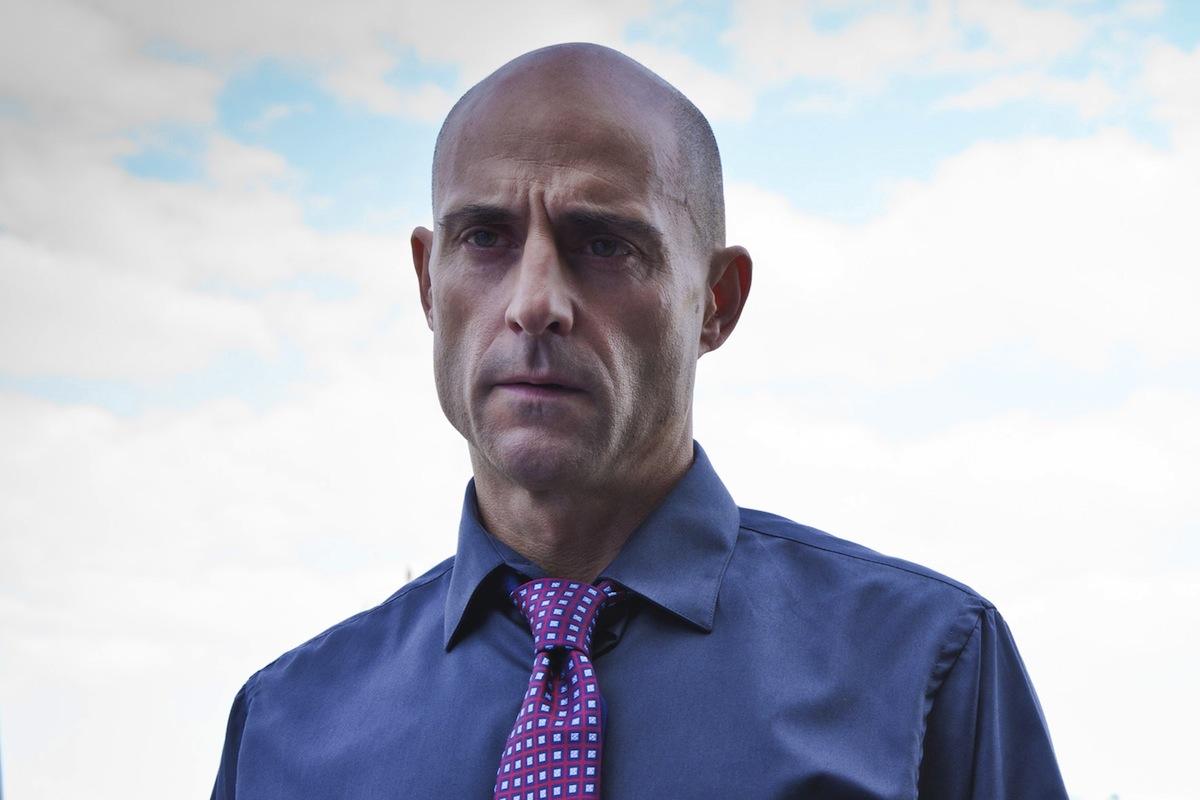 Other than its notable use of Detroit as the ideal background for a saga of corrupt law enforcement, what does "Low Winter Sun" bring to the crowded subgenre of the modern anti-hero? Mark Strong cuts a striking figure and invests Agnew with enough gravity to make him an interesting protagonist, but he also carries the weight of a show that seems more bent on stating its importance than building its characters. Even the darkest anti-hero sagas inject their stories with notable degrees of dark humor to break the monotony of non-stop tension. AMC clearly wants "Low Winter Sun" to be the next "Breaking Bad," but
Advertisement
Vince Gilligan knew to let the characters create the drama (and often the humor) instead of weighing them down with it. When Geddes says to Agnew, "This isn’t a game. This is grown-up sh*t," it sounds like something the writers are saying to their audience and maybe even themselves.

To be fair, "Low Winter Sun" requires a lot of narrative/character set-up in its first pair of episodes, and I do like how deliberately Mundy and his team are going about doing so. There are extended scenes of dialogue, particularly in the precinct, that gloriously stand out in an era when a quicker pace is almost always ordered by network producers. And, while the show is too humorless to start, it’s clearly not an unsalvageable mess. If the writers can stop forcing the program into being "the next Breaking Bad" or "the next The Shield," it might just develop an identity of its own.