Less than a year after the tawdry, critically reviled "Liz & Dick" premiered on Lifetime, "Burton and Taylor" makes its stateside premiere on BBC America, announcing its "loftier" artistic intentions right there in a title that promises a more refined approach that the Lindsay Lohan vehicle. We use surnames here on BBC America, thank you very much. By the time in their lives that screenwriter William Ivory chooses to capture them, Richard Burton and Elizabeth Taylor were iconic enough that their last names alone could sell out an entire Broadway run before opening night, as it did in 1983 when the twice-married, twice-divorced celebrities agreed to star in a revival of Noel Coward's "Private Lives." Directed by Richard Laxton and featuring two excellent performances in the title roles from Dominic West and Helena Bonham Carter, "Burton and Taylor" gets to the core of the dynamic between two Hollywood greats who loved and hated each other, simultaneously, and often in the public eye. 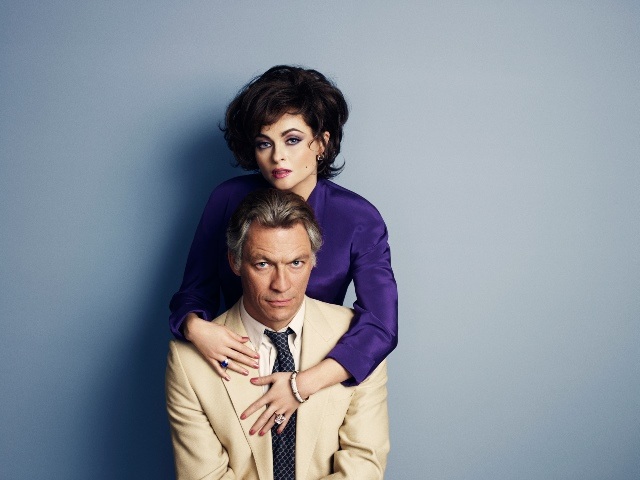 First, a warning. By keeping a very narrow focus on the production of "Private Lives," "Burton & Taylor" presumes a large degree of viewer knowledge. If you come into the film with no awareness of the rocky road walked by one of cinema's great movie couples, Ivory and Laxton offer little background. We see and hear glimpses, through flashback and conversation, of how Burton and Taylor became so notoriously tumultuous that their very casting in a play about troubled relationships made worldwide news, but it helps to have familiarity not just with films like "Cleopatra" and "Who's Afraid of Virginia Woolf?" but the off-set dynamics that come with the names "Burton & Taylor".

It's 1983 and Richard Burton will be dead in just over a year while Elizabeth Taylor will have very publicly entered Betty Ford for her addiction to pills. "Private Lives" was the last chapter in the spotlight for a couple that seemed to defy simple categorization and "Burton and Taylor" captures that sense of a setting sun on a once-bright duo, largely through the strength of its excellent performances. The film makes an interesting case that one of the elements that worked so strongly against this pair throughout their lives was how differently they viewed fame and their careers. As he explains, Burton acted opposite Taylor in their first screen pairing while she just WAS "Cleopatra." "Burton and Taylor" chronicles the actor working hard to make "Private Lives" work while the actress hadn't even read the play when she agreed to do it. Their different styles often complimented each other professionally but led to turmoil in their personal lives. 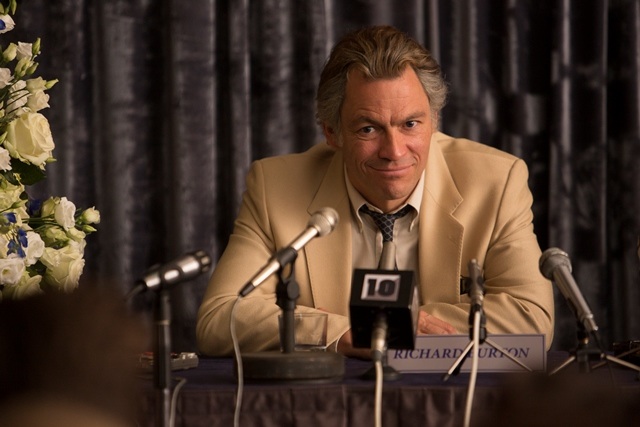 West imbues his Burton with a deep sense of melancholy that fits this time in the actor's life without turning the performance into a caricature of the "serious actor." Dealing with an aging body that he worried would impact his career, demons of addiction that he had always struggled to defeat, and the concern that he had become a punchline more than an actor, West's Burton has an appropriate world-weariness that fits the gravity of a man who was nominated seven times for an Oscar but never won. This Burton seems more of the outsider, aware that he's the less popular half of this duo and hoping for a comeback part before he's done. He just wants to disappear into another great role, thrown off his game yet again when he realizes that more people are in the audience to see the lead actors than the characters they're playing.
Advertisement 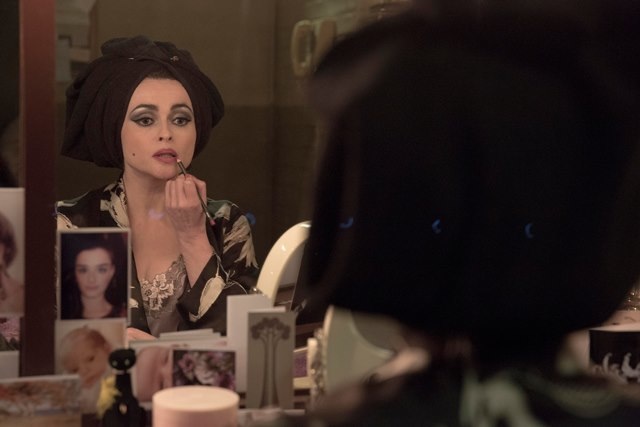 Conversely, Carter's Taylor embraces the idea that she's the center of attention yet again, even going as far as to mug to her adoring fans. Carter is perfect here, giving a performance that ranks with her career-best and reminding viewers what she can do when given a complex role. She walks a fine line with her Elizabeth Taylor, not going pure impersonation but instead finding the vulnerability and fragile ego of a very complex woman.

A key element to the overall success of "Burton and Taylor" is that we have to believe in the chemistry of the actors playing the legendary couple. When you see Richard Burton and Elizabeth Taylor on film now, it's easy to see why they were so passionate off-screen as well. There's an undefinable spark in their interactions that West and Carter find with grace and ease. They're both very good here on their own but it's the scenes in which they interact that elevate the piece above standard movie history fare. The way Carter finds Taylor's unique speaking pattern and makes it sound real or the look West gives her that somehow carries both love and hatred, it's the little connections between the leads that gives the film its spark. It feels like they have history together, which gives the film a foundation of drama that it wouldn't otherwise have. 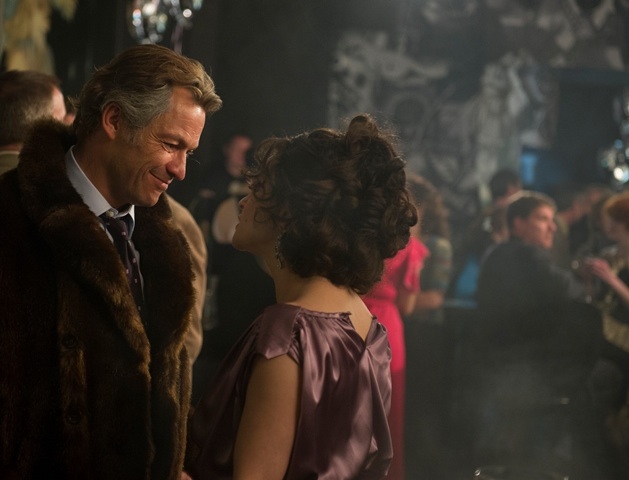 Admittedly, I did wonder halfway through if Liz herself would have found "Burton and Taylor" boring. It's undeniably well-made, largely due to the remarkable central performances, but Liz Taylor is such a larger-than-life character in the history of film and theater that it can be hard to capture her personality in a TV movie, especially one that focuses so intently on a small chapter of her life. I also felt a bit of false melodrama in the final act but the production never quite goes off that edge, thanks in part to being a brisk 82 minutes.

"Burton and Taylor" doesn't feel like it sets out to be the definitive statement on either of its characters, just a well-made recreation of their swan song as a celebrity couple. They may have moved on to other relationships by the time they agreed to star in "Private Lives," but they were still "Burton and Taylor," icons of stage and screen. "Liz and Dick" were buried by tabloids, booze, pills, two divorces, and the inevitability of aging. But "Burton and Taylor" carried on.